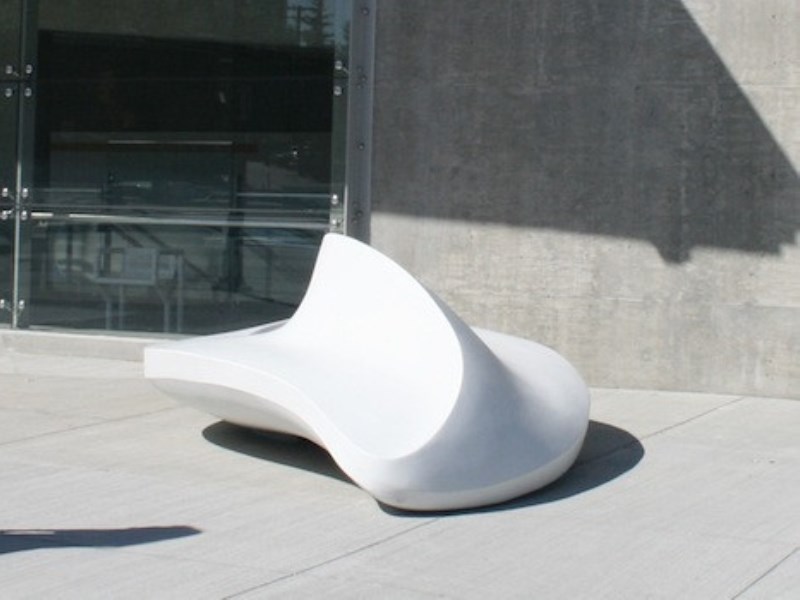 A ‘rising star’ in the art and architectural design world, Marie Khouri celebrates her first public art installation with the debut of Le Banc, a white cast-cement bench that is 11ft long. Le Banc is defined by fluid curvatures, free-form arcs and circular seating space. Khouri has stripped away what does not comprise the essence of the work and emphasizes torsion and movement. Khouri likes to shift from intricate, worked surfacing to very pure contemporary forms in her pursuit of danger and challenge, pushing the boundaries of herself and her medium. This to her is creativity.

Khouri has led a nomadic life, uprooting from Lebanon to Spain, Canada and then France. She began her career as a language interpreter before completing her course in sculpture at the prestigious L’Ecole du Louvre in Paris. Her experience in formalism and scaling, endows her work with an innate and essential structural framework and academic imprint.

With the installation of Le Banc at Olympic Station along the new rapid transit Canada Line, she has received significant media and museum attention, including inclusion in Architectural Digest, The Vancouver Sun and CBC News, as well as commissions in France, the USA, Canada and Mexico.