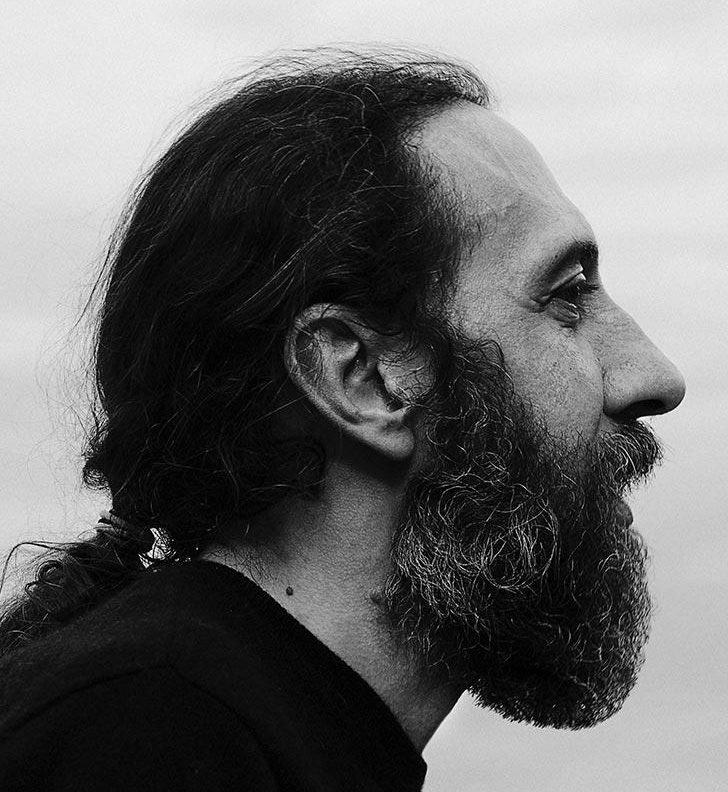 Miguel Adrover is one of fashion’s realists. His themed collections, always inspired by the people and cultures he sees in New York and when travelling, are unique for their authentic interpretation of everyday dress.

Born in a small village in Majorca in 1965, Adrover moved to New York in 1991 and began producing a line of customized T-shirts. Four years later, he opened a boutique “Horn” selling the label alongside collections by young European designers such as Alexander McQueen, Bernadette Corporation and Bless. In 1999 the first Miguel Adrover collection for Summer 2000, Manaus-Chiapa NYC was shown at New York Fashion Week. His debut, which showed deconstructed thrift-store clothes like the emblematic T.Shirt “I Love N.Y.” (now part of the Metropolitan Museum Archives), alongside virtuoso tailoring, was met with equal amounts of bemusement and praise. In June 2000, he won the CFDA award for best new designer and the Pegasus Apparel Group began financing his label.

Adrover’s most critically acclaimed collections to date is the Citizens of the World (Spring/Summer 2003) collection, which was an attempt to embrace the city of New York in its multi-cultural aspects as the skyline of all cultures. The collection highlight was the presentation of a dress made with a United Nations’ flag in a context of pre-war. In April 2003, Miguel Adrover participated in The Great Show on Earth, an exhibition examining the close ties between fashion and performance arts at the Bellevue Art Museum of Washington. He was subsequently invited to the Museo Reina Sofia in Madrid for the exhibition Tras el espejo on fashion’s past, present and future. In November 2003, Adrover presented works in Bravehearts, an exhibition at the Metropolitan Museum of Art of New York.

In September 2003 the  The Surrealreal world was the first annual collection where Adrover tried to show the unbalance of social classes and states of mind blended into society.  On September 2004, Miguel Adrover presented his collection, The Americans as his “last battle” on American territory, and tribute to the city.

Miguel Adrover is participating in the Vancouver Biennale exhibition “This Is Not America” curated by Jeffrey Uslip.