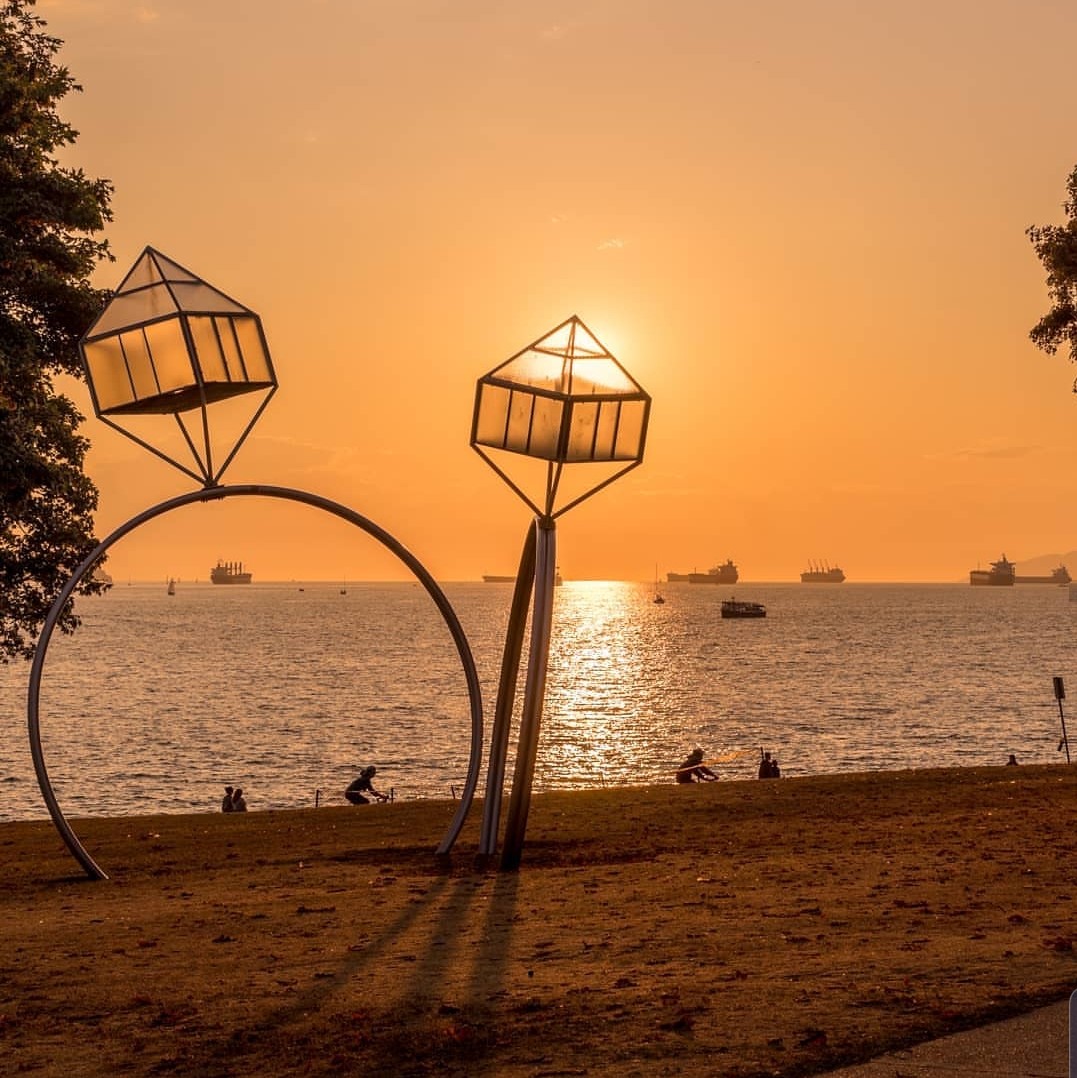 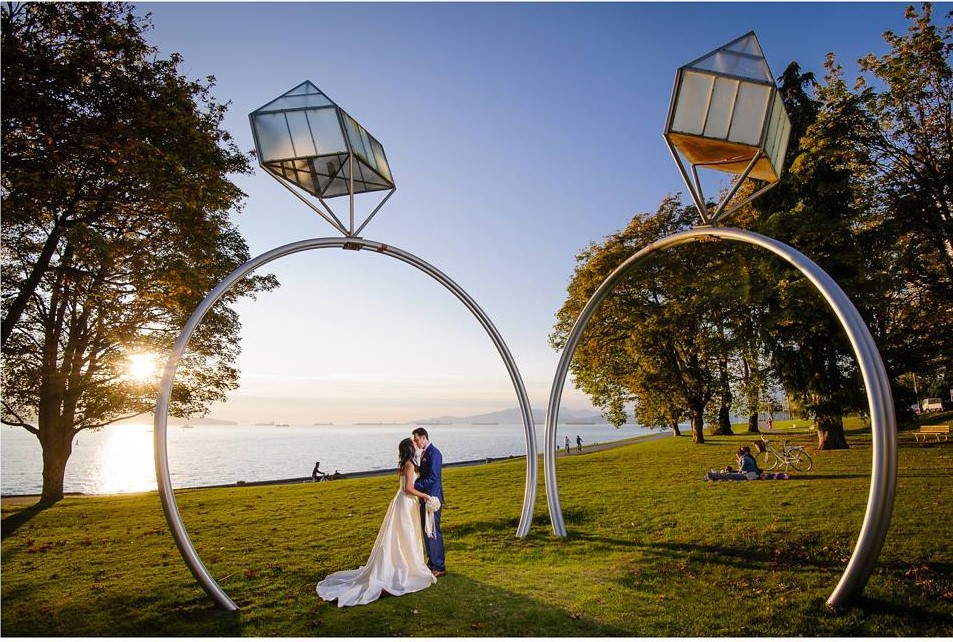 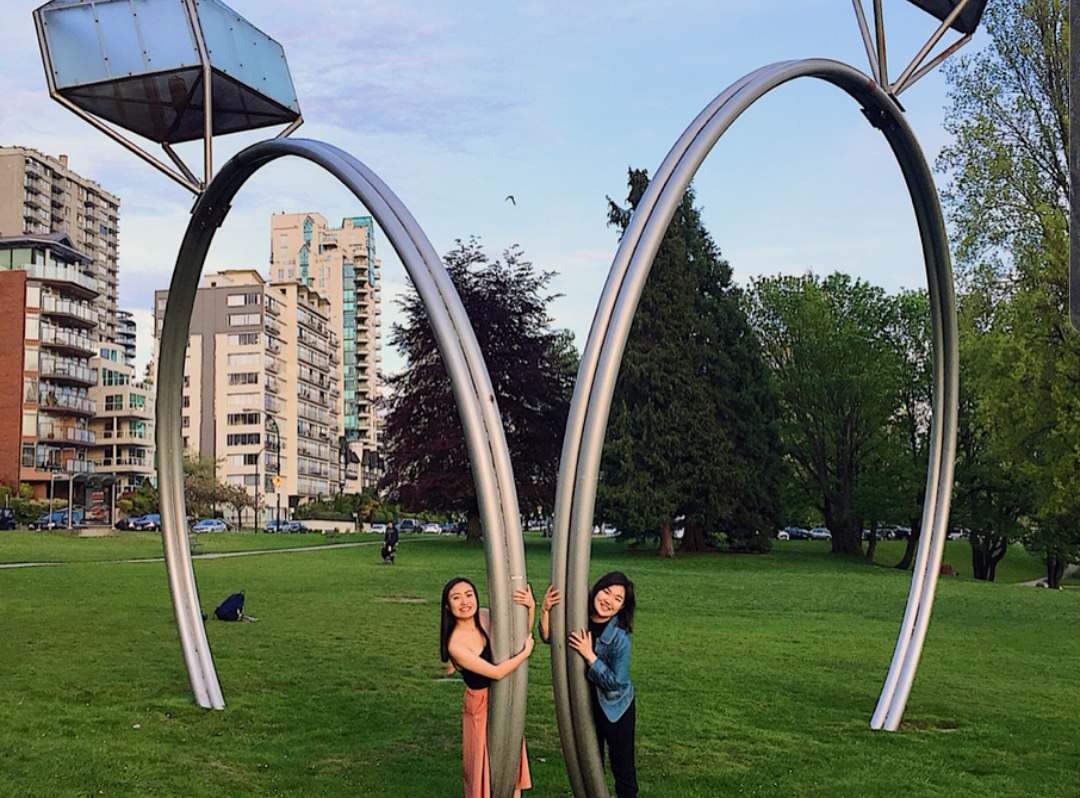 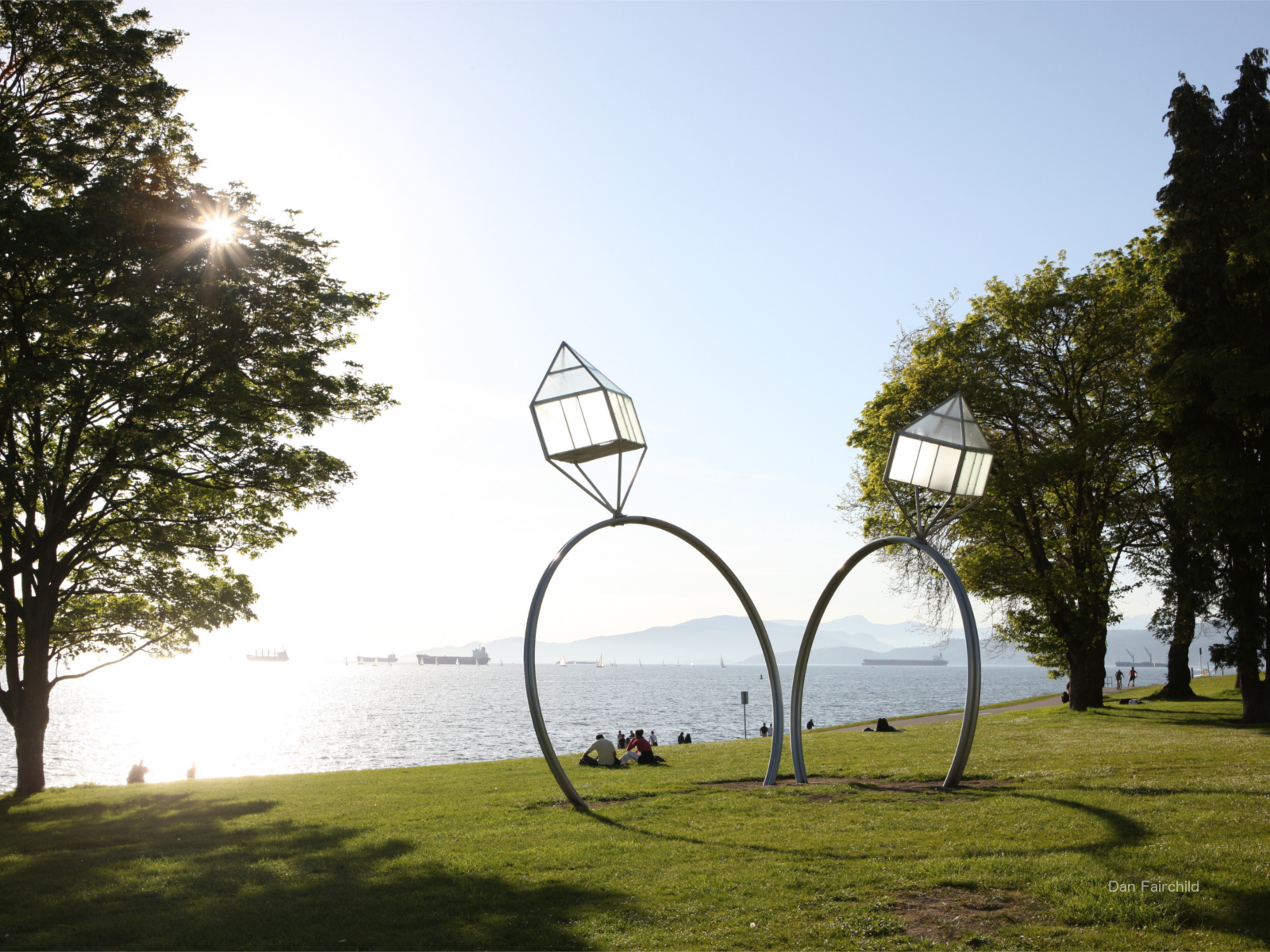 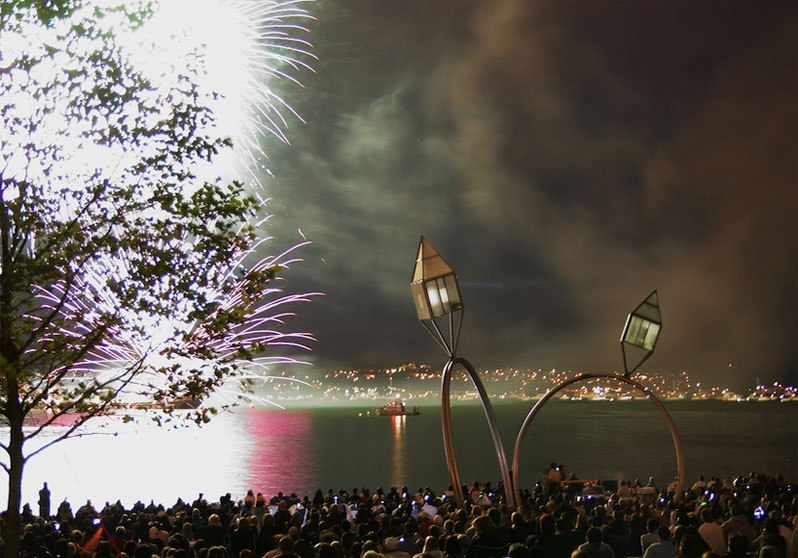 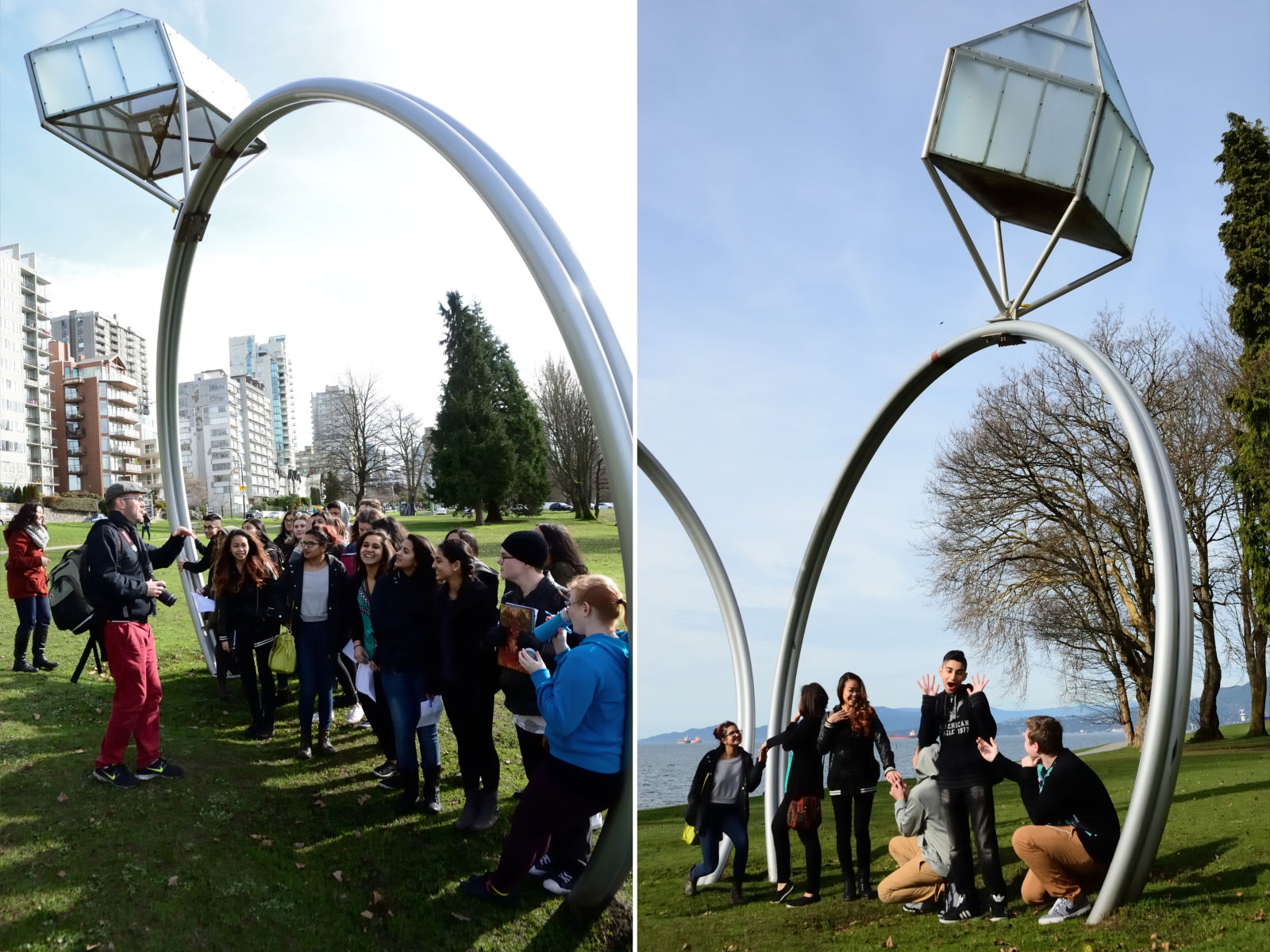 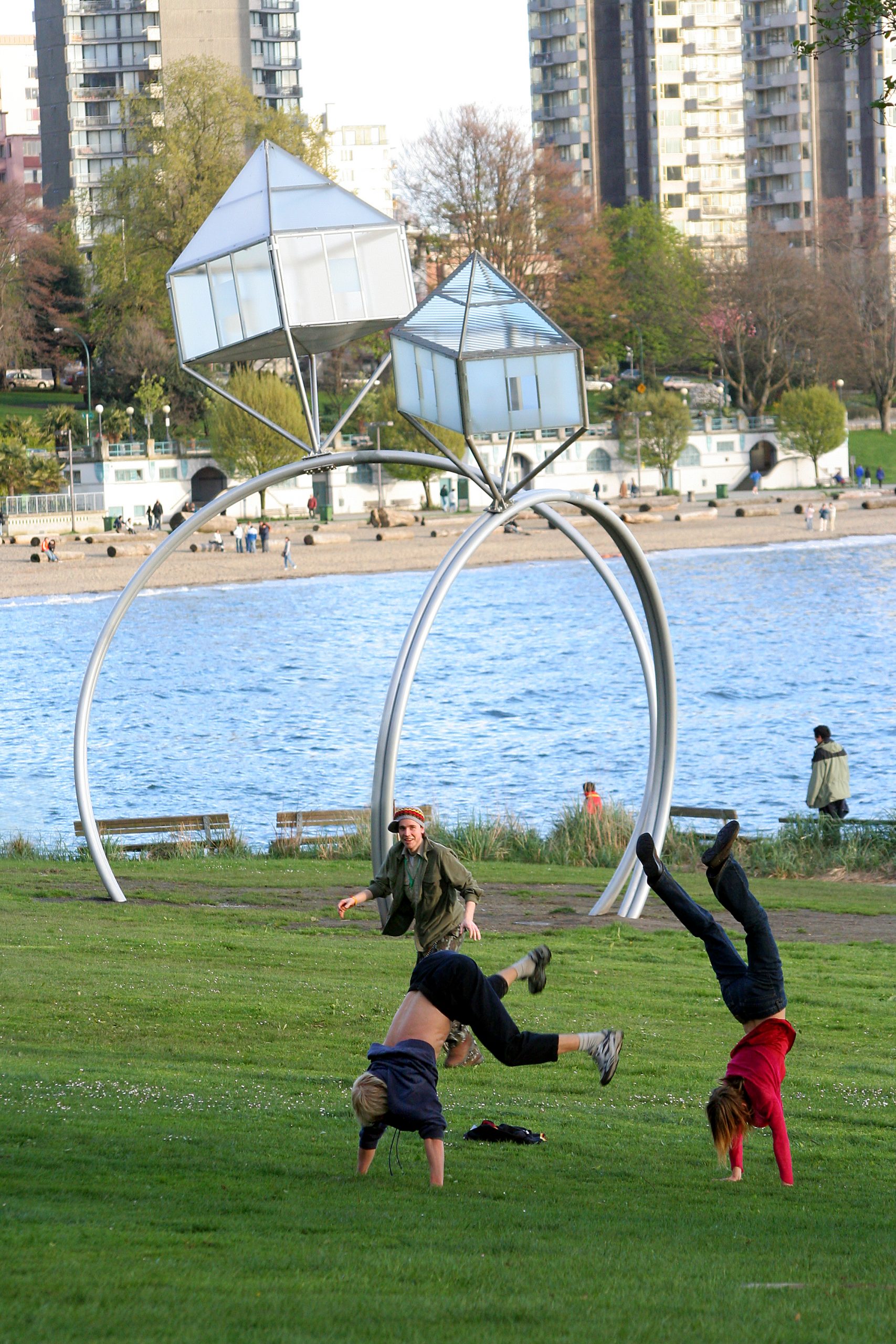 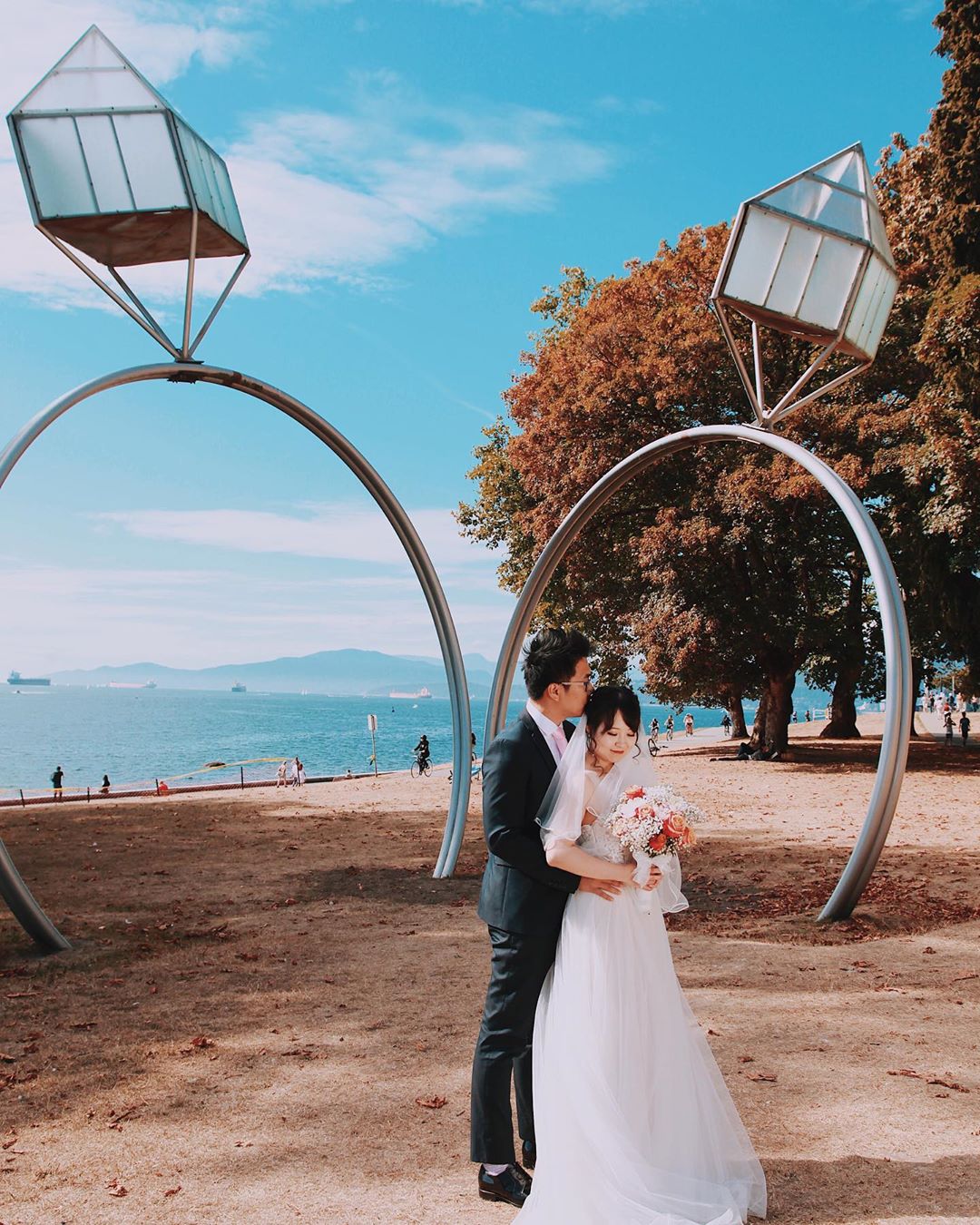 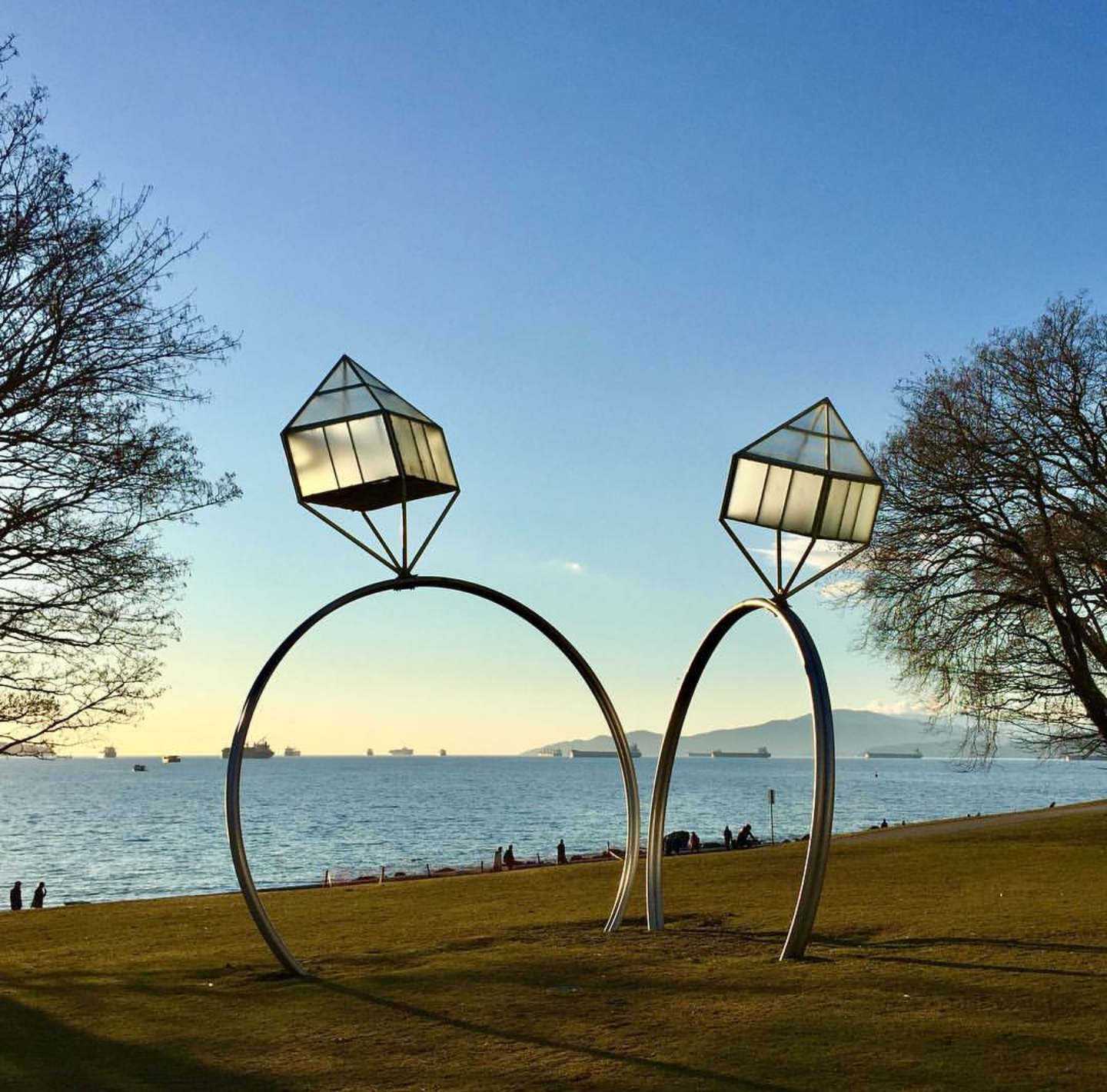 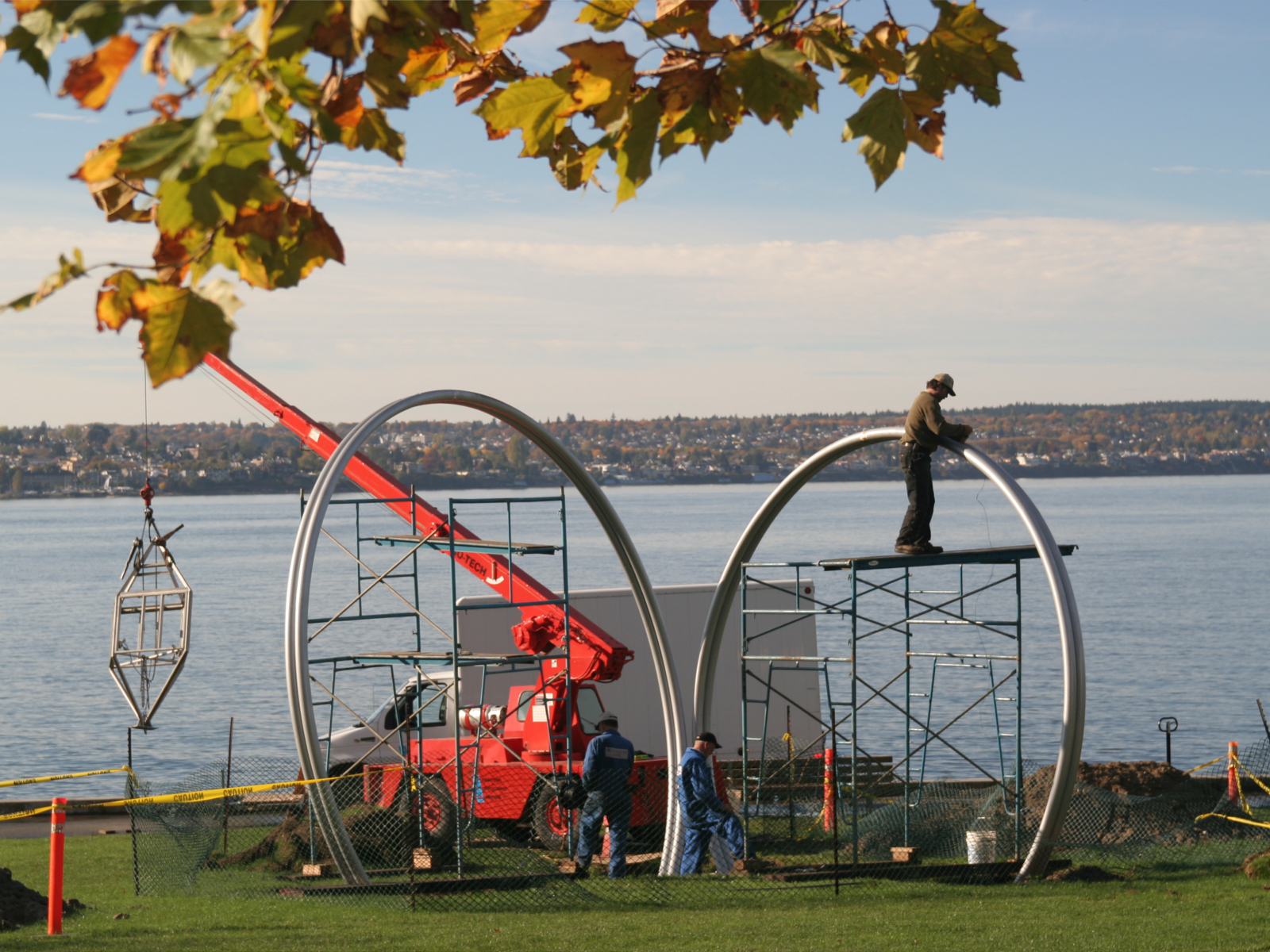 Engagement is one of three versions that artist Dennis Oppenheim produced referencing the traditional engagement rings. In a “Pop Art” form where everyday domestic objects are taken out of their domestic environment and re-conceptualized as monumental sculptures, this version of Engagement rises nearly 30 feet. Where one would expect to find diamonds, there are two translucent houses of plexiglass and aluminum, which are illuminated and precariously tilted away from each other. As a commentary on the precarious balances in marriage, that of the romantic, traditional, economic and the illusions inherent in the institution, the meaning of Engagement is intentionally open-ended. Oppenheim often declines to interpret or explain his work, leaving the interpretation to the viewer.

Having constructed several large-scale sculptural works throughout the 1990s and 2000s, Oppenheim remains one of the world’s most influential and respected artists. His work was recognized with a Lifetime Achievement Award by the Vancouver Biennale in 2007. The initial installation of this piece in 2005 coincided with same-sex marriage debates taking place in Canada. This work is a Legacy Artwork of the 2005 – 2007 Vancouver Biennale.