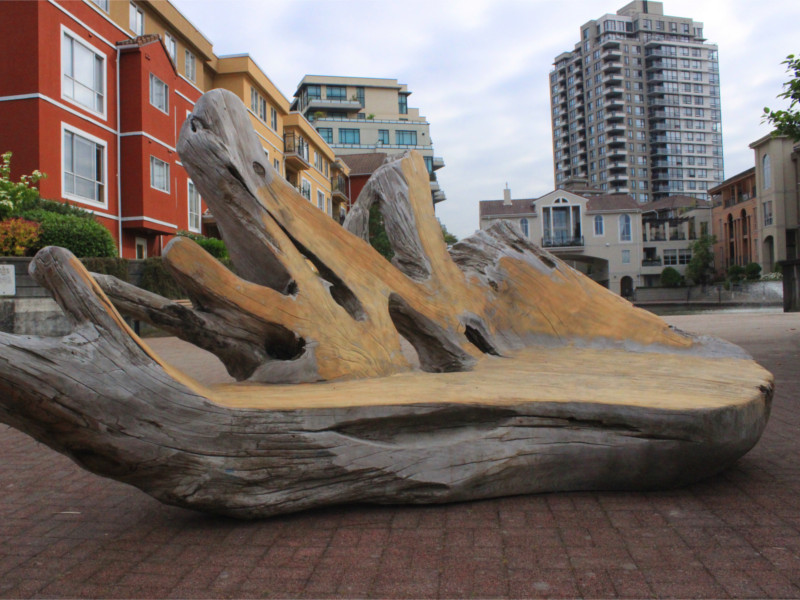 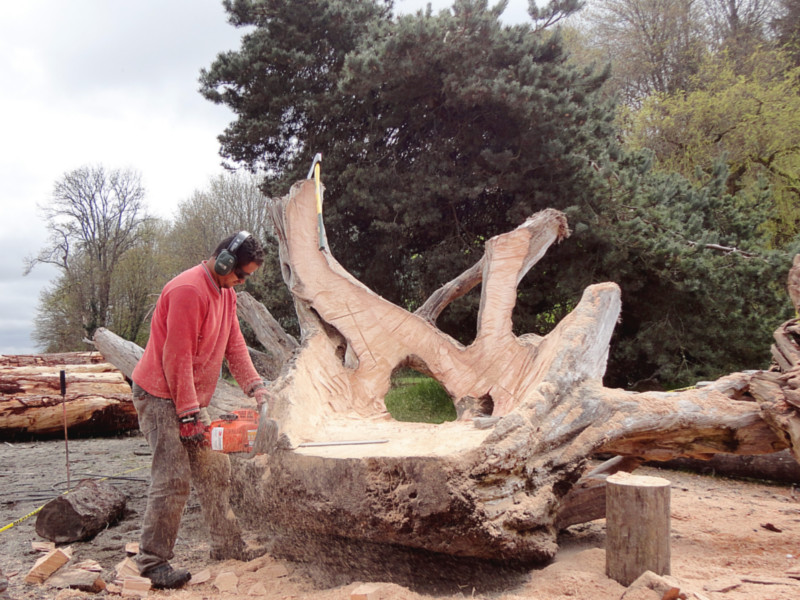 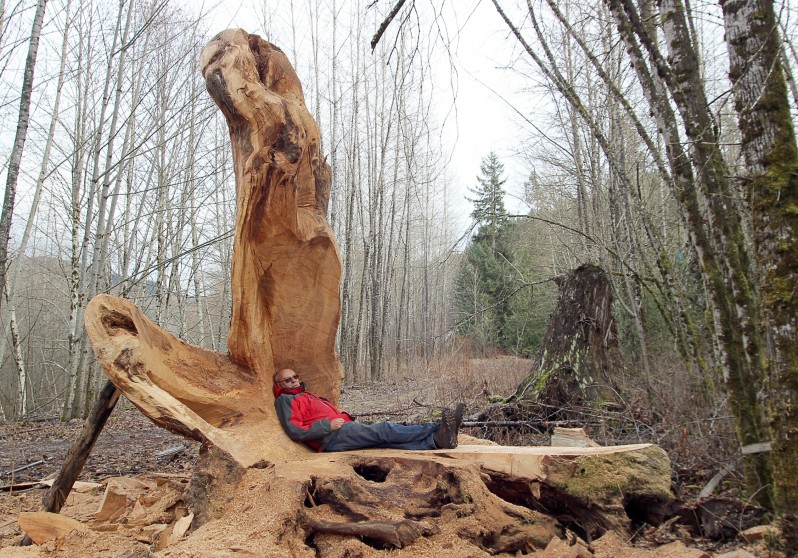 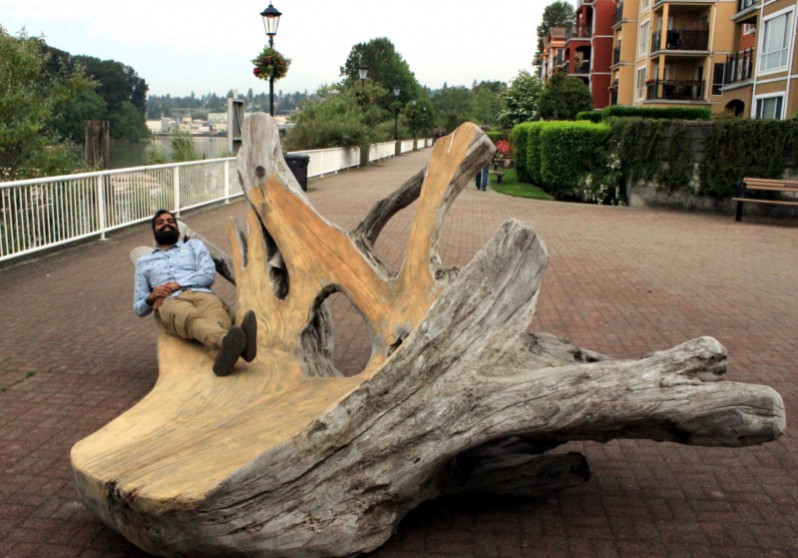 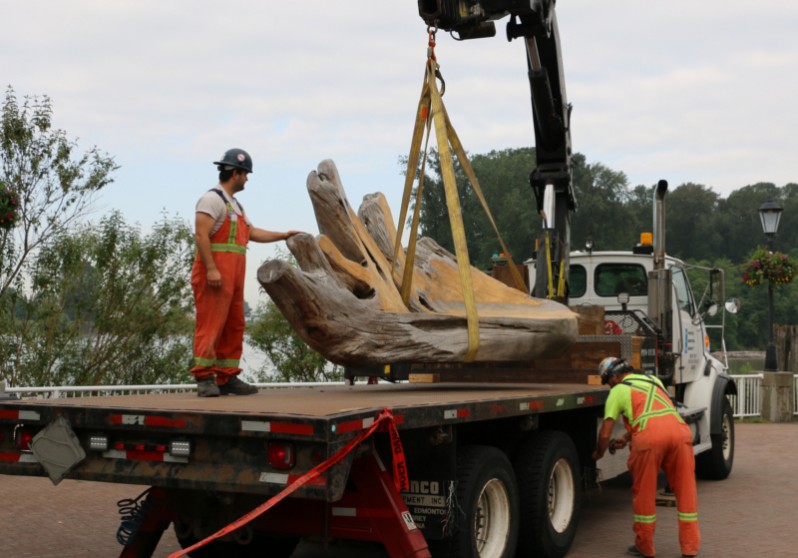 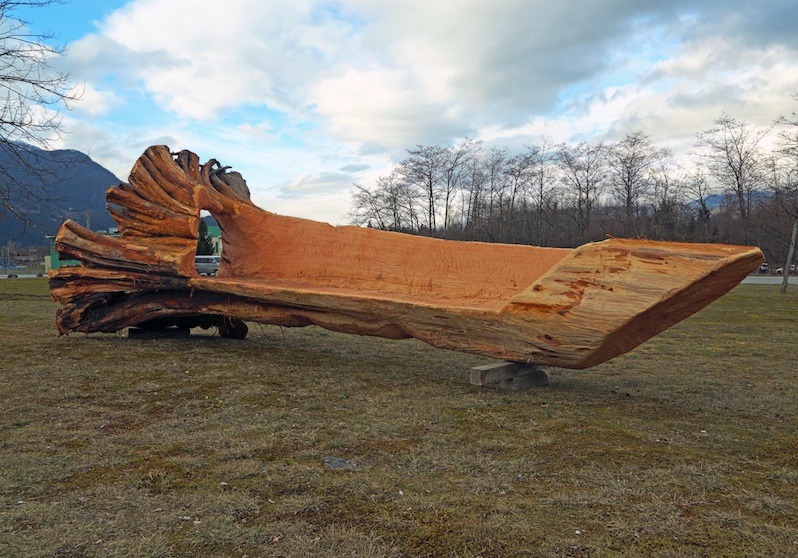 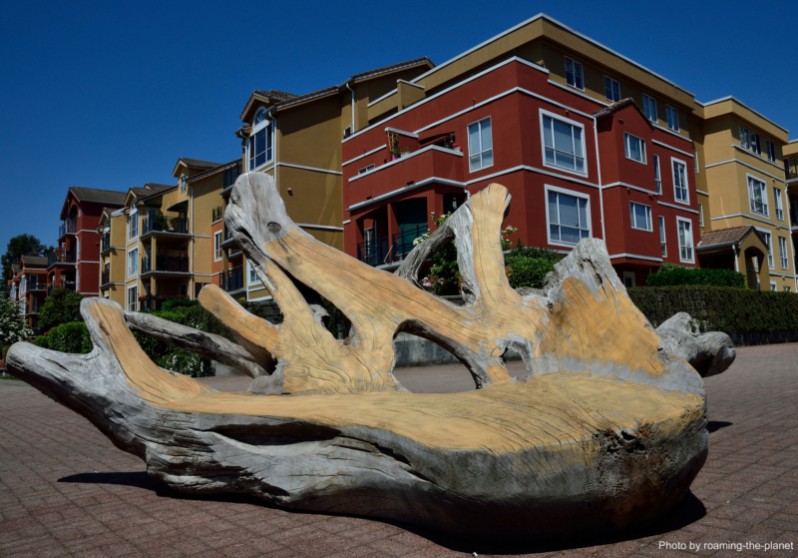 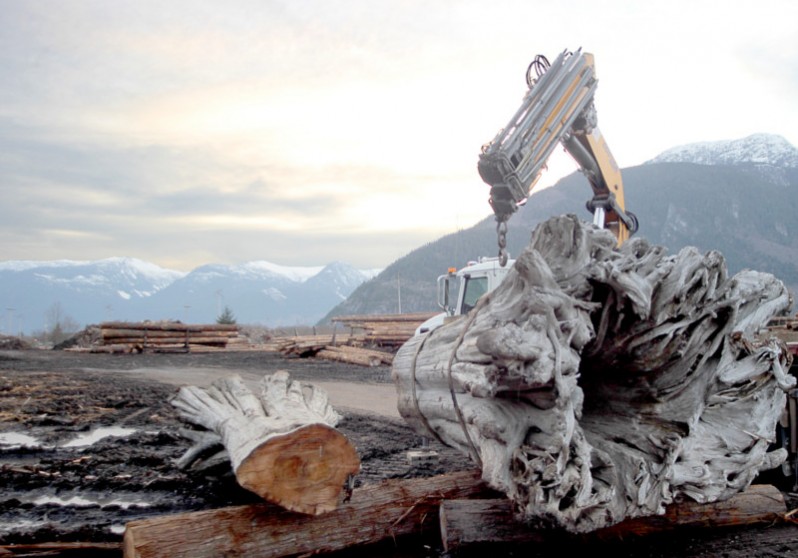 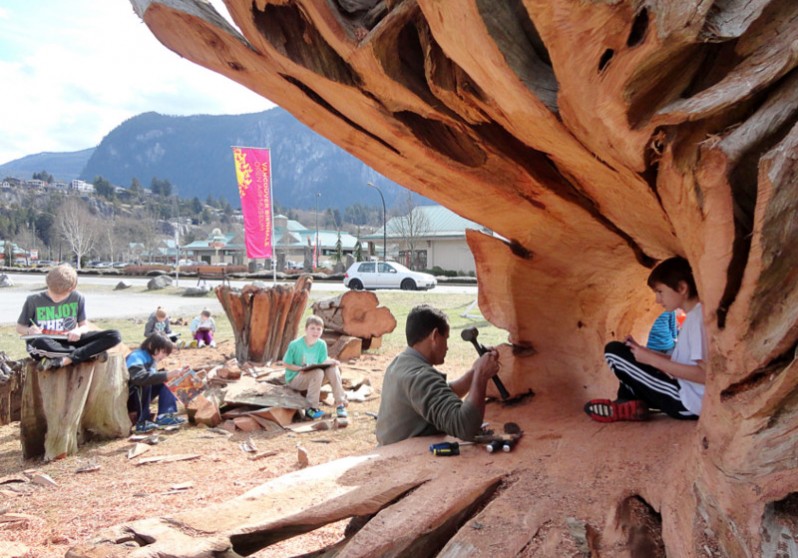 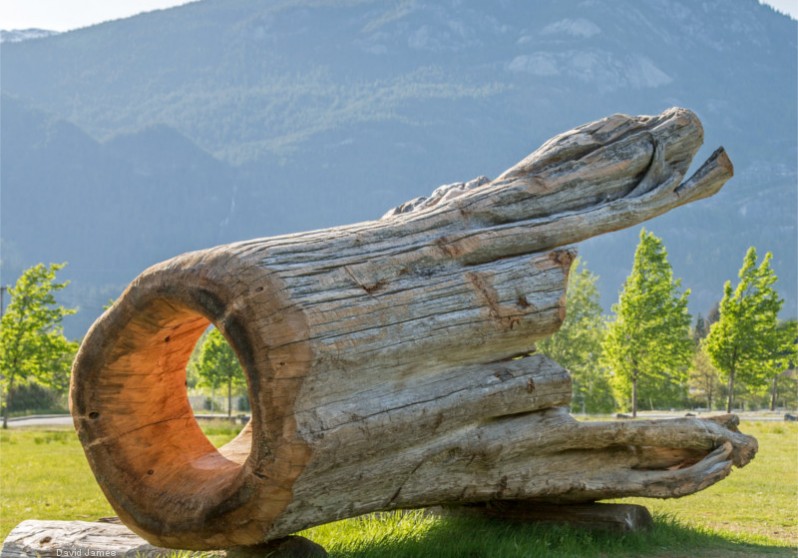 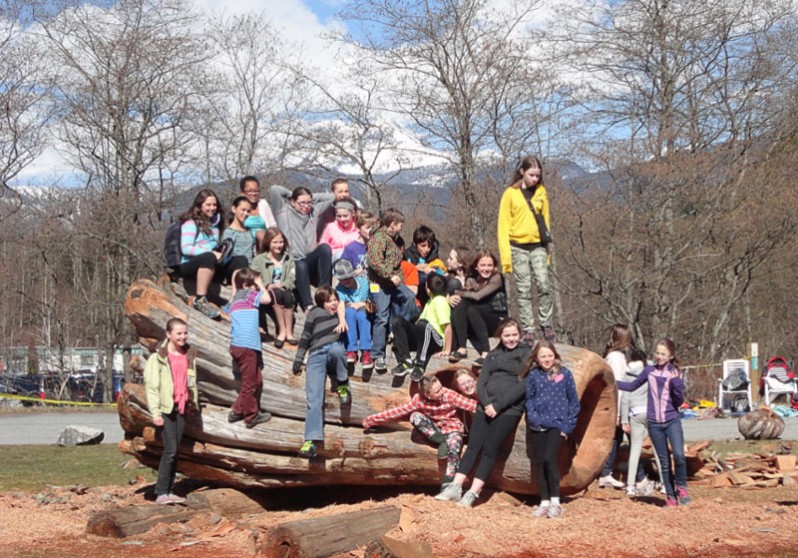 Public Furniture | Urban Trees carried Hugo França’s characteristic theme of transforming discarded wood into sculptures and furniture through sustainable design. Generally, Hugo França works with the native trees of Brazil, such as the massive Pequi tree. This Vancouver Biennale project marks the first time in his twenty-year artistic career that he has worked with the locally sourced Douglas Fir and Cedar logs of British Columbia. His labor-intensive methods required each artwork to be crafted by hand with a focus on discovering the natural lines, holes, and cracks of the salvaged wood. With the help of his team, Taís Ribeiro, Jailton Marcelino Procopio, and Jhony Augusto Dos Anjos, the story told by the raw material is created with the tender and accurate use of chainsaws, a tool often associated with deforestation and now used to give the wood a new life.

Hugo França was born in Brazil in 1954 and studied industrial engineering. In 1982, he quit his job at a São Paulo computer company to live and work in the forests of Northeast Bahia for 15 years. In the small fishing village of Trancoso, a town lacking electricity and piped water, he learned generations-old woodworking techniques of the indigenous tribe of the Pataxó people. In April 2014, the public was invited to watch Hugo França’s process on Spanish Banks Beach in Vancouver during his one-month stay. Four of the five artworks are currently on display for public engagement at Spanish Banks near the East Concession Stand.  The fifth work was relocated to New Westminster’s Waterfront Esplanade, between Renaissance Square and Reliance Court, in May 2015 and was removed in September 2017.

Over the past twenty years, Hugo França has researched and developed materials and techniques to transform salvaged fallen trees into objects, sculptures, and furniture. This creative reuse offers a groundbreaking proposal for sustainable design.  In Public Furniture | Urban Trees, Hugo França uses this experience to convert trunks and roots of condemned trees and trees that have washed ashore into sculptural artwork and furniture for the citizens to use.

Although the artist has exhibited his artwork internationally, this is the first time in his twenty-year career that he has created public sculpture outside Brazil and used a variety of local wood species, which makes this a truly unique Biennale project and experience for the artist. França’s process of working respects the natural features of the wood, promoting minimum waste. It also brings to light the beauty of the natural organic forms, lines, holes, and cracks of the trees. Their memory remains alive with their uniqueness, being offered back to live together with people in a harmonious way. Considering the Squamish community’s close tie to nature and their logging industry, França has brought Public Furniture | Urban Trees – Squamish to the Biennale in Squamish, in keeping with a sustainable theme that invites integration, creativity, and renewal of thinking and acting that the artist proposes with his poetics.

The artist and his team carved sculptural furniture on public beaches and parks during their one-month stay, inviting the public to watch the transformative process. Many of the works will remain in the Biennale’s host communities for public enjoyment as a legacy of the exhibition. The artist was so overwhelmed with the support that he received from the local community in Squamish that he has donated these artworks to the city.

Each of the sculptures will remain on public display in locations around Squamish after the 2014 -2016 Biennale has ended. The installation of these seven works was made possible by the overwhelming support of the local community in Squamish. All wood was sourced locally from the Squamish area. Photo Credit: Hugo França’s team, David James, Roaming-the-planet