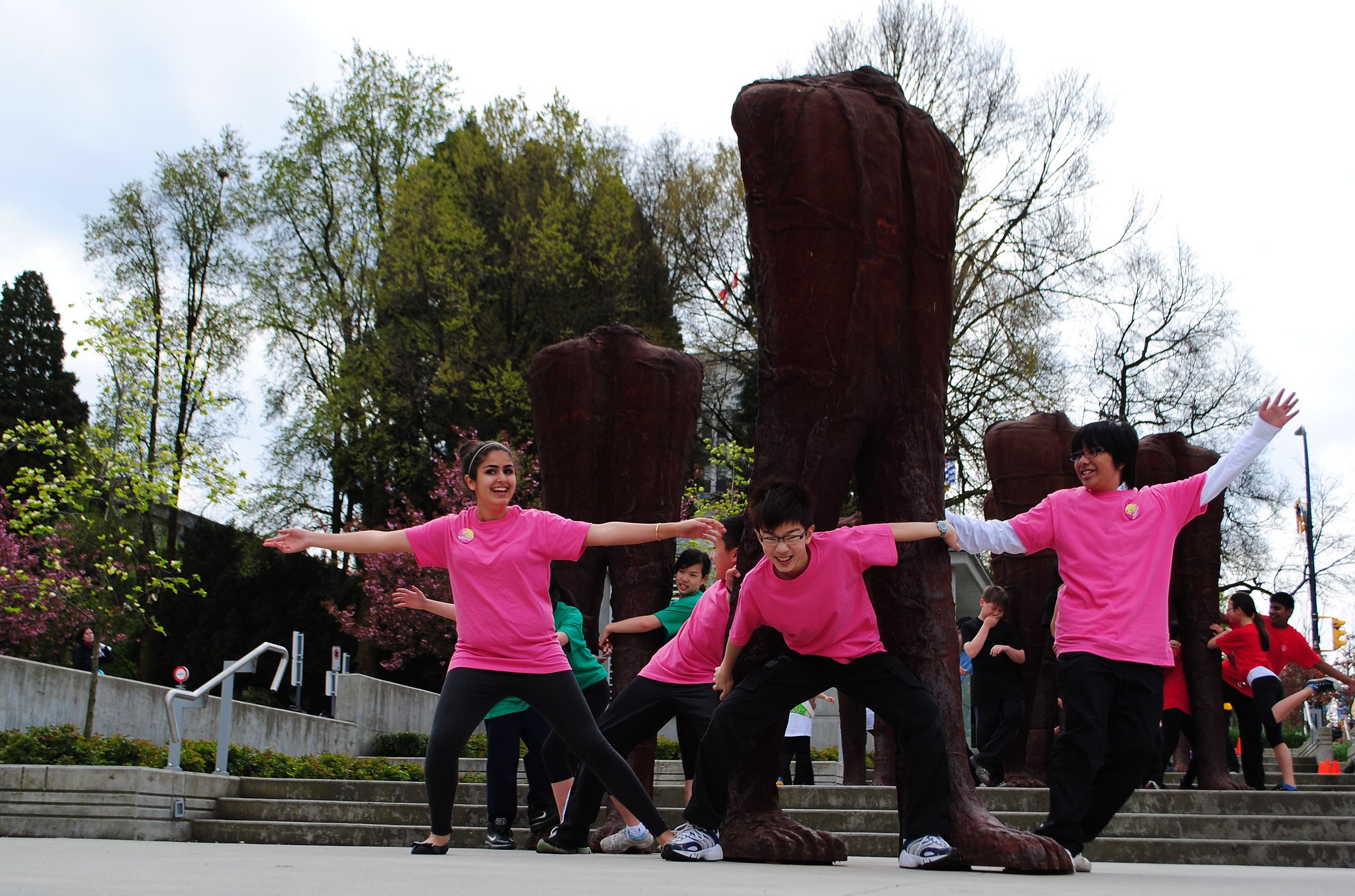 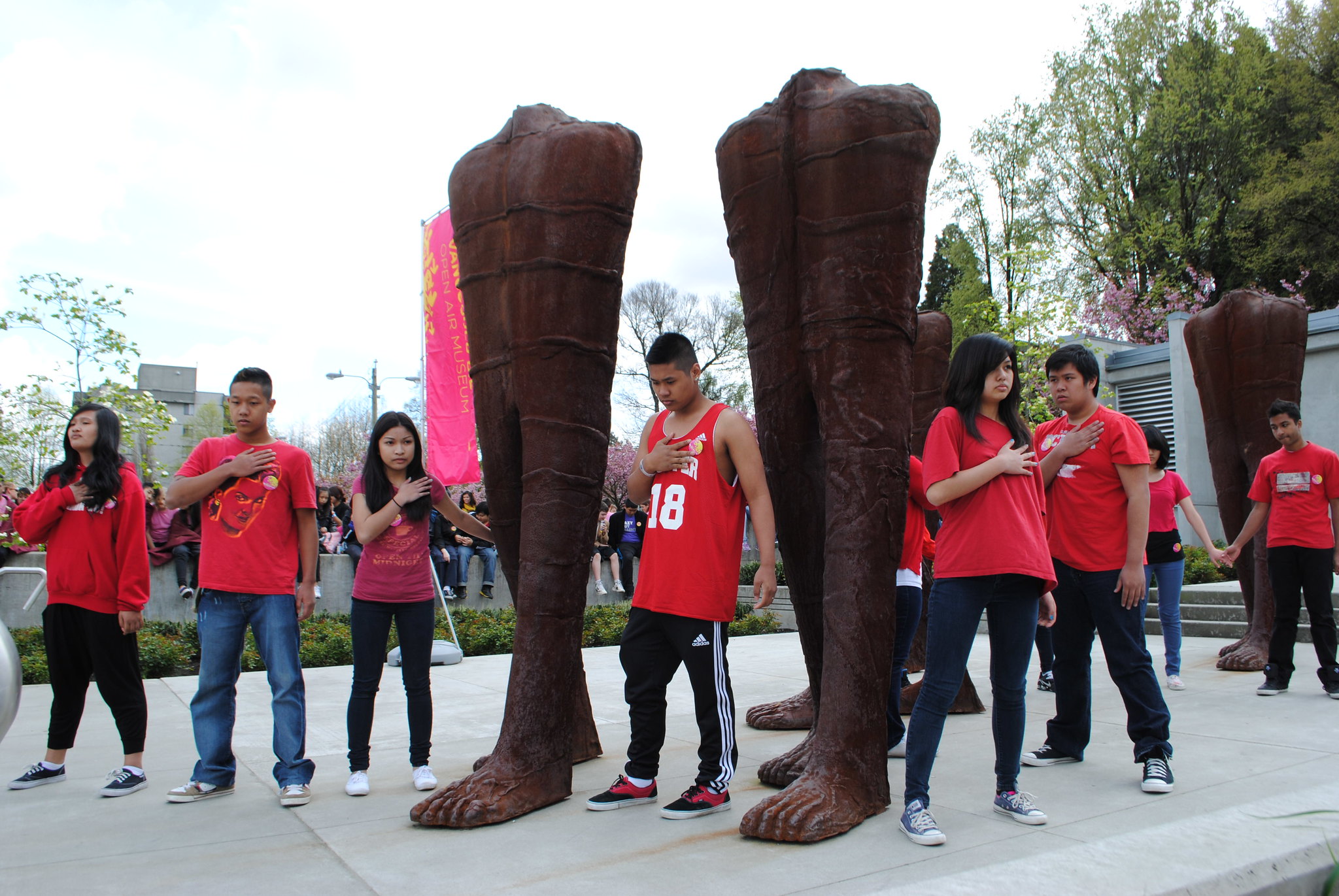 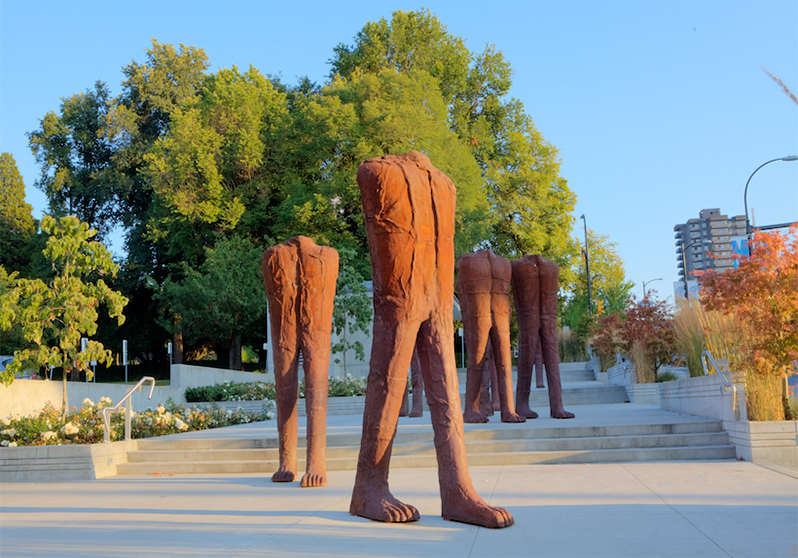 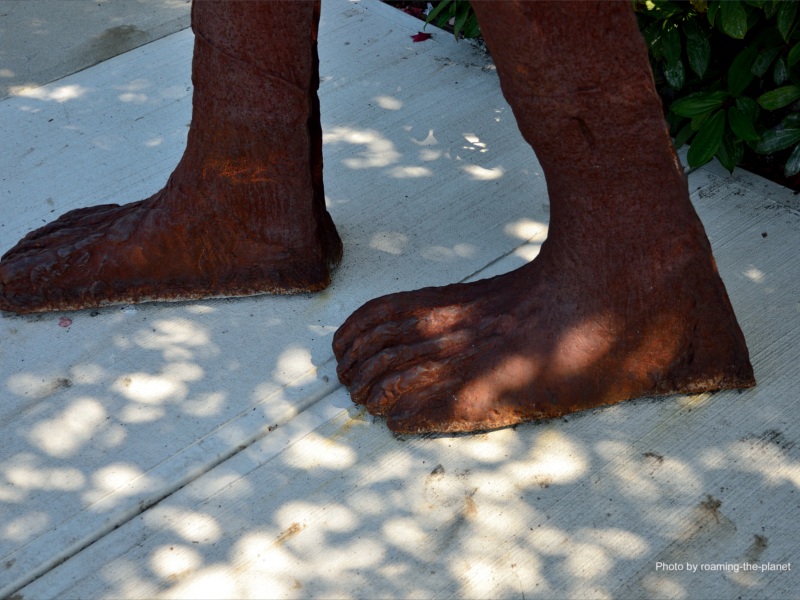 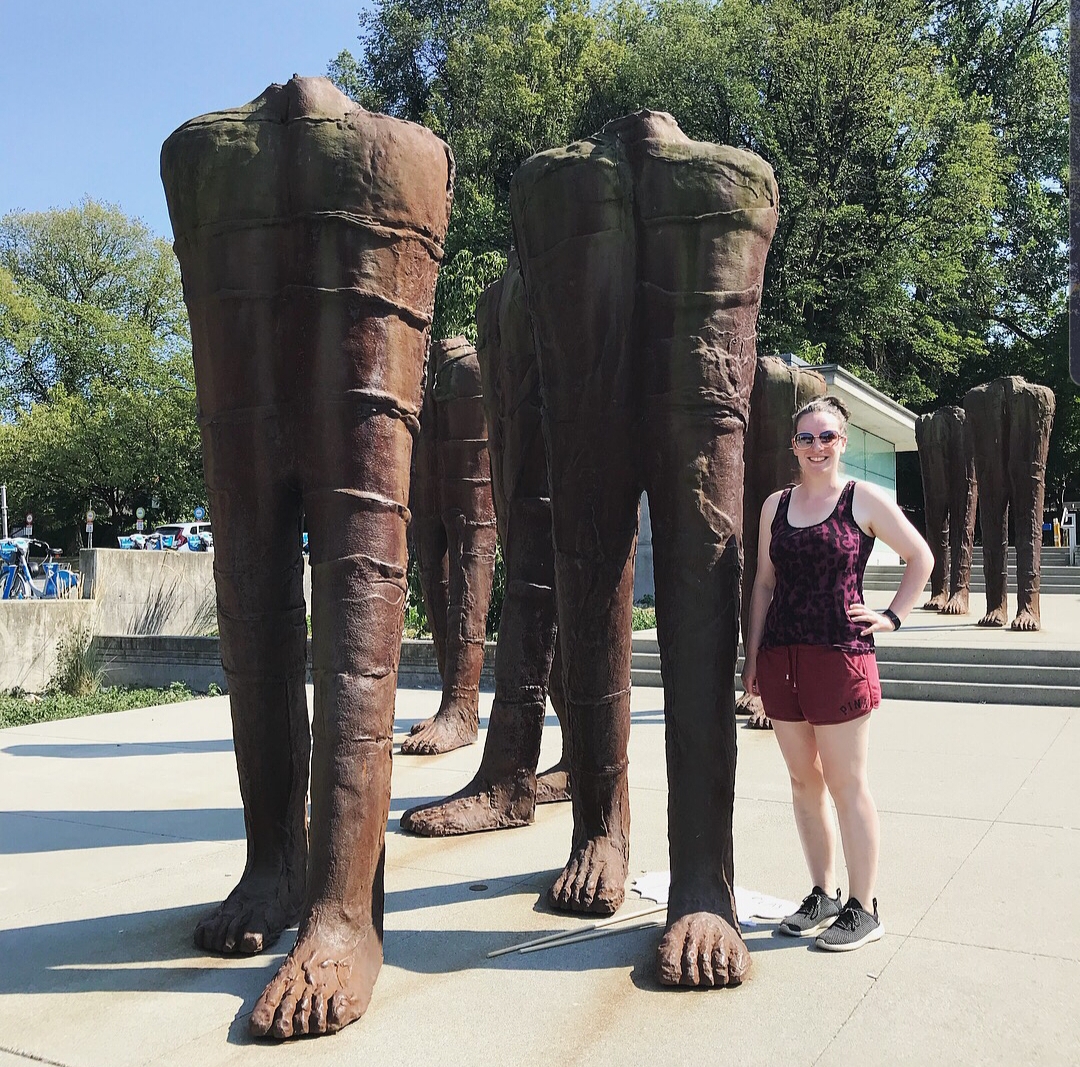 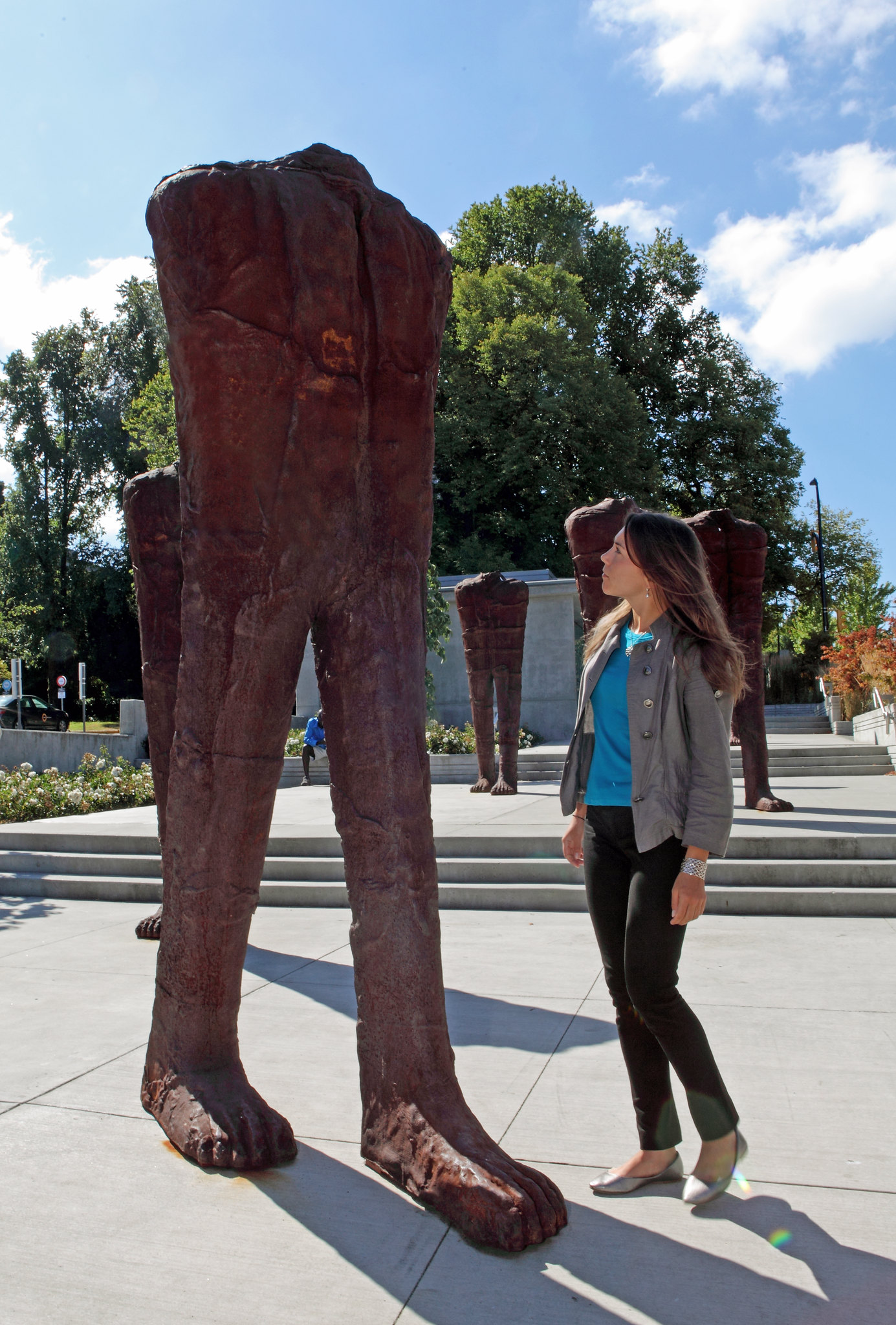 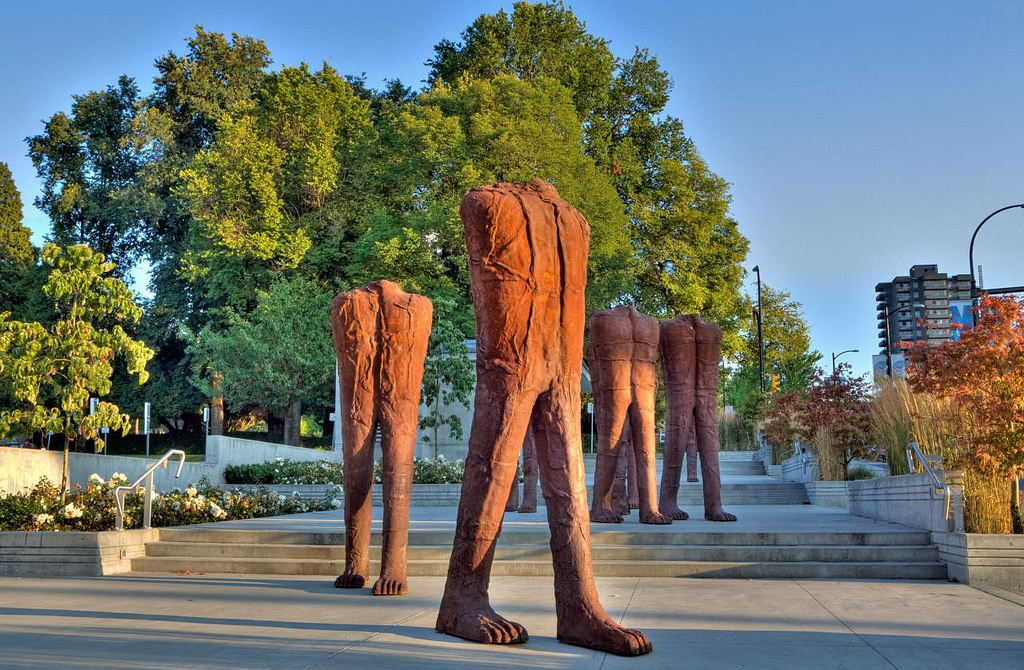 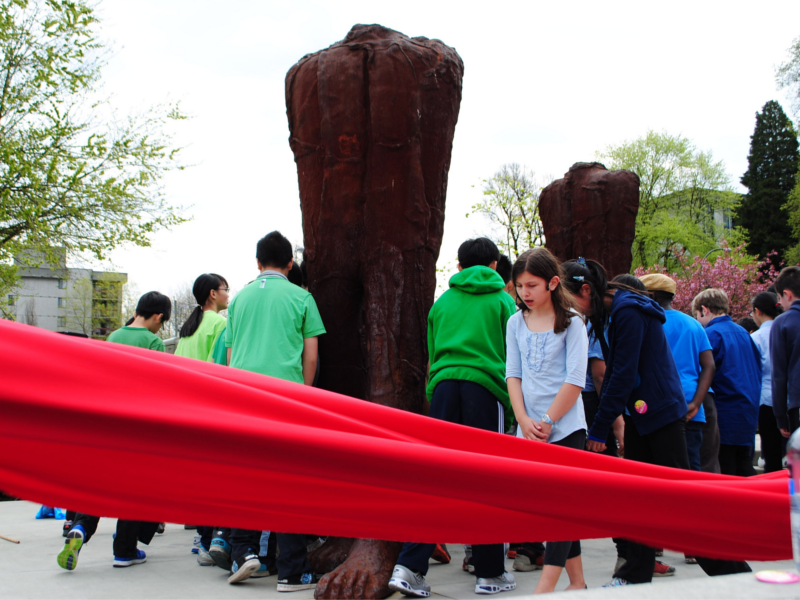 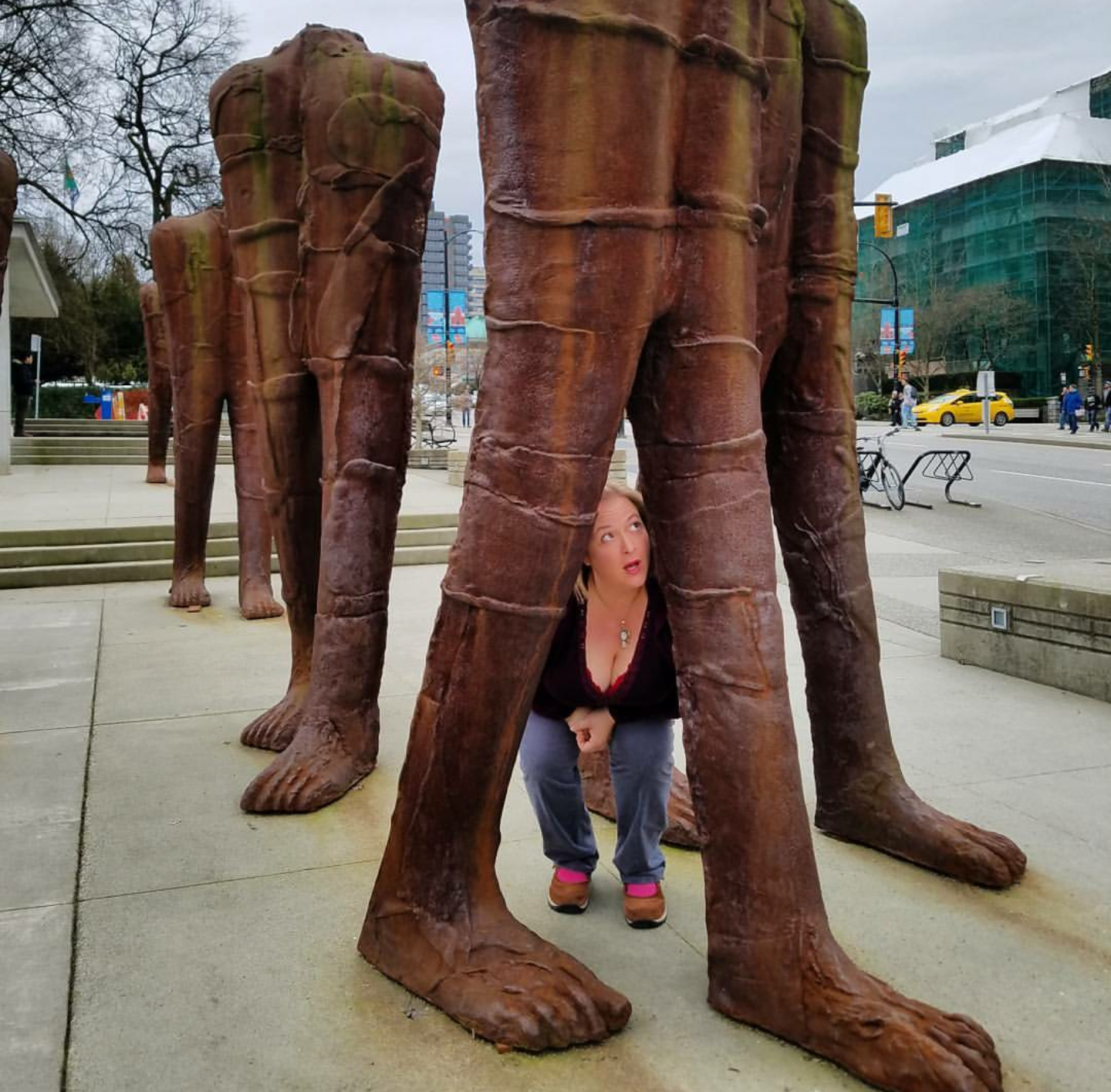 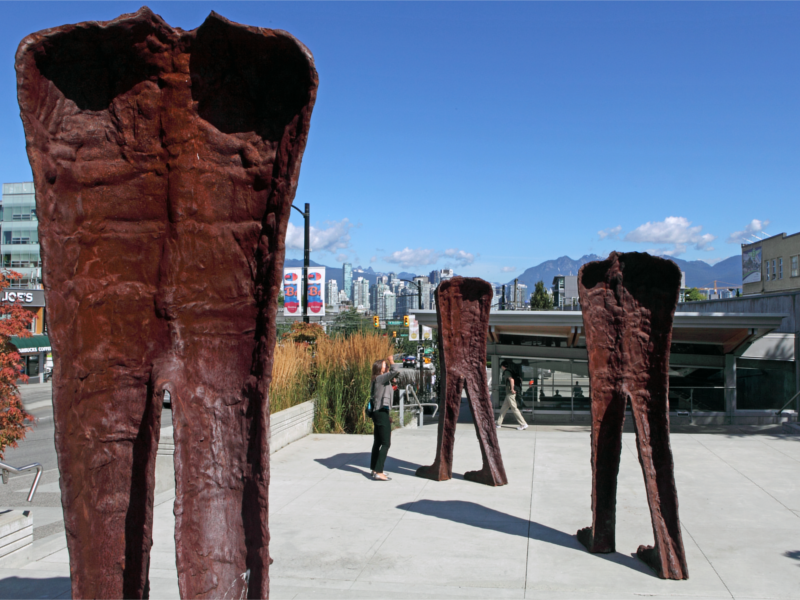 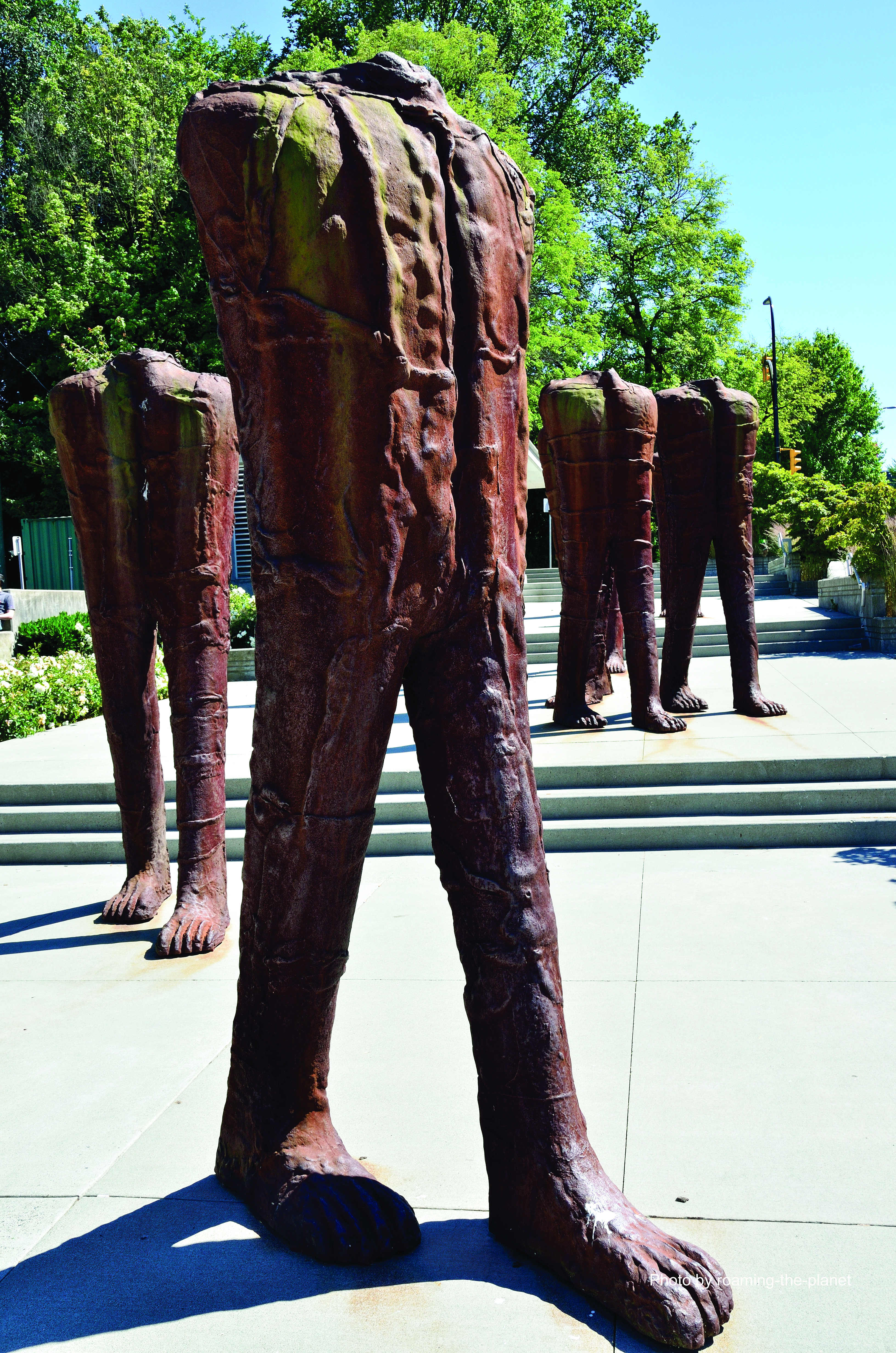 Walking Figures is a group of headless, cast-iron figures by Polish artist Magdalena Abakanowicz. They appear to be walking aimlessly without sight, and the sombre tone makes reference to both time and loss. A larger group of figures, cast simultaneously in the artist’s studio, is titled Agora and is on permanent display in Chicago’s Grant Park. An agora was a meeting place in ancient Greece where the concept of democracy began. There was no citizen above the law, and everyone had power to vote. It was an unbiased way of life. This sculpture is a Legacy Artwork from the 2005-2007 Vancouver Biennale.