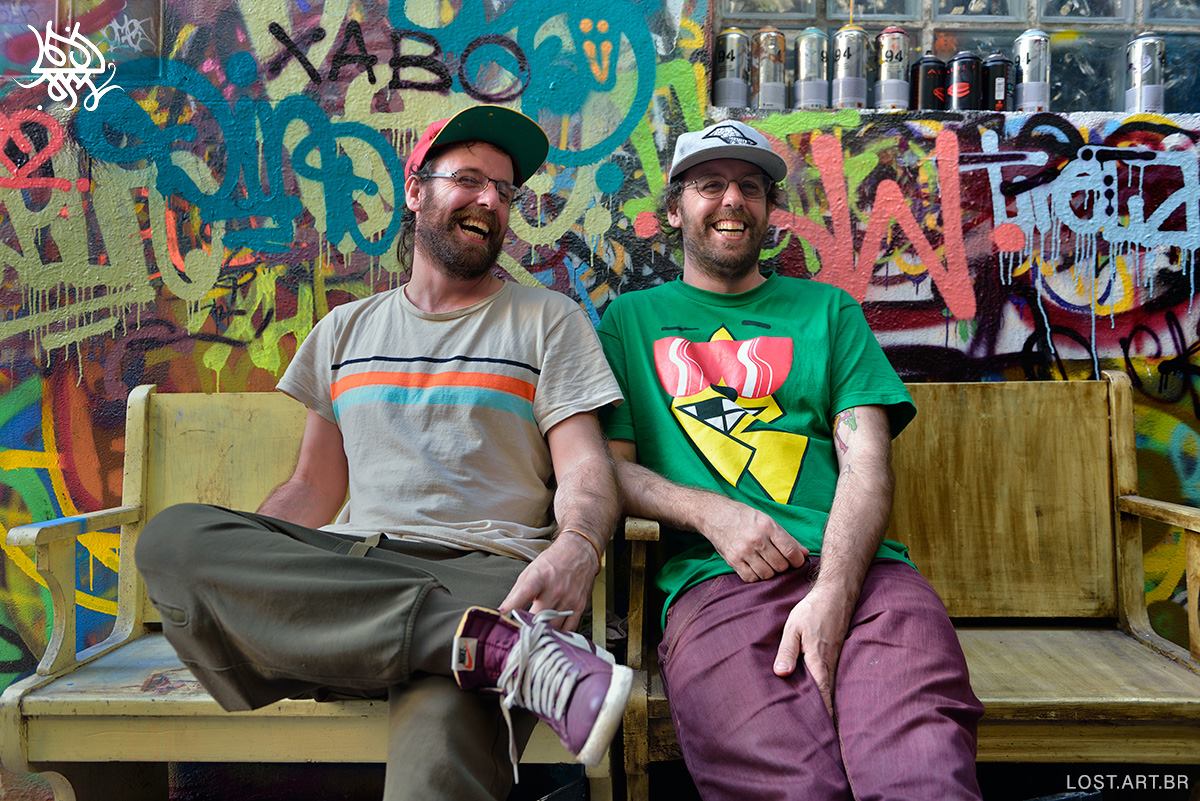 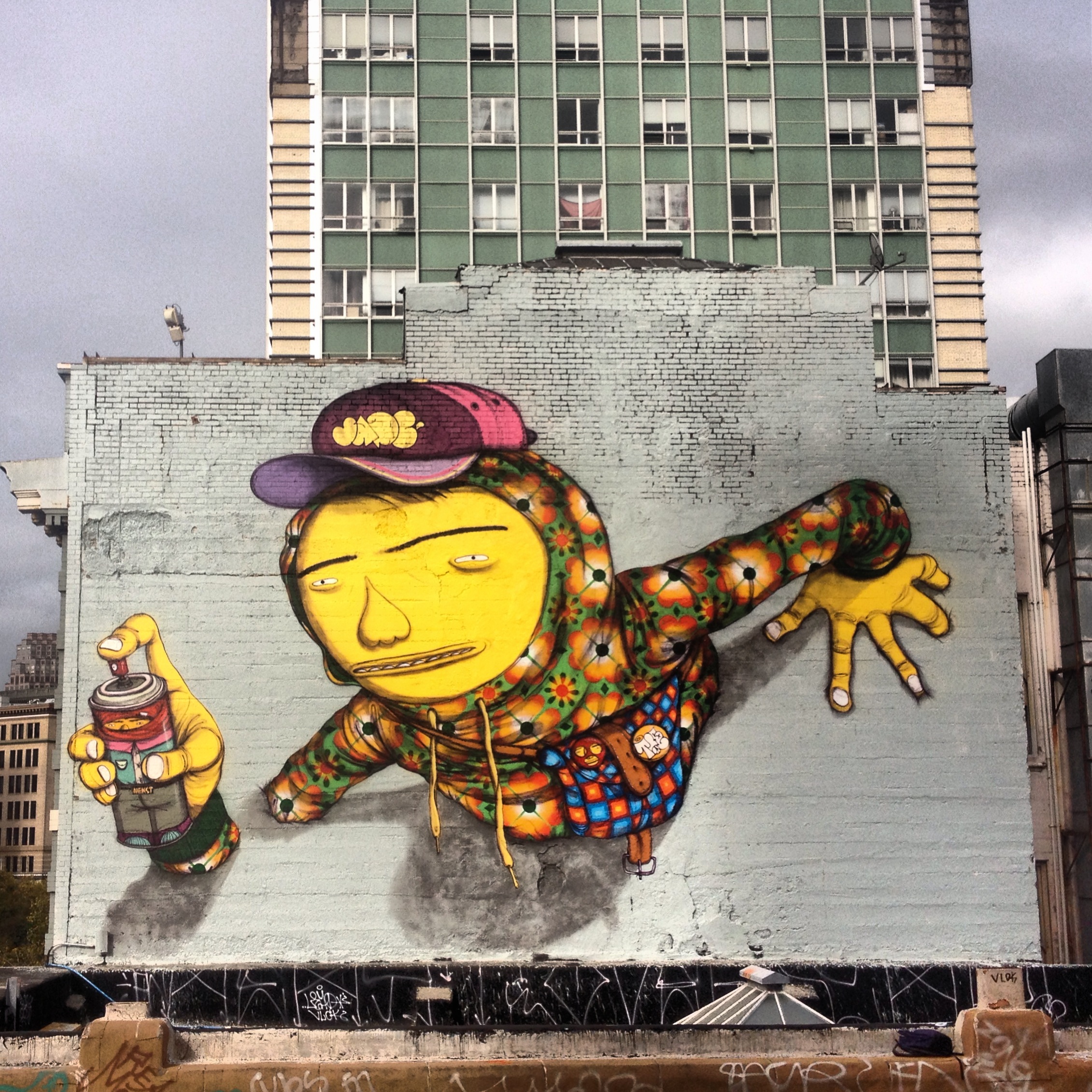 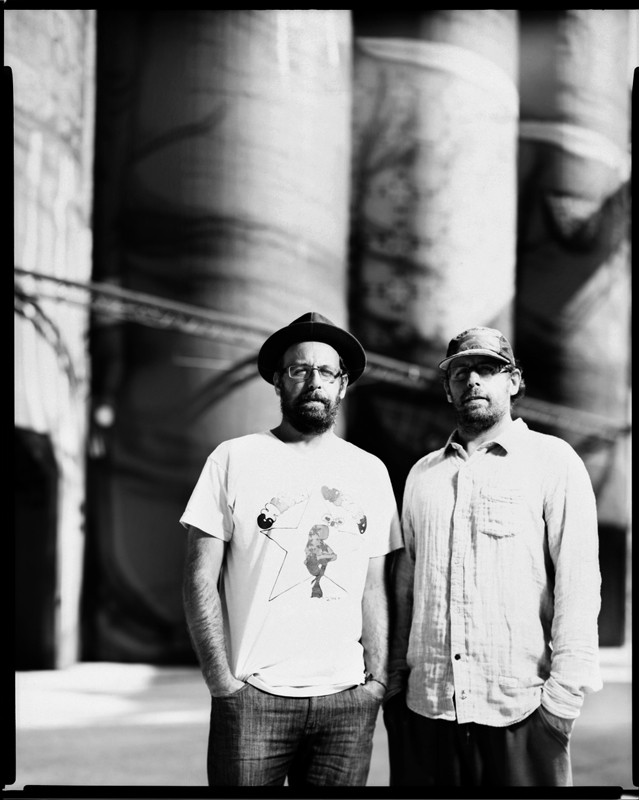 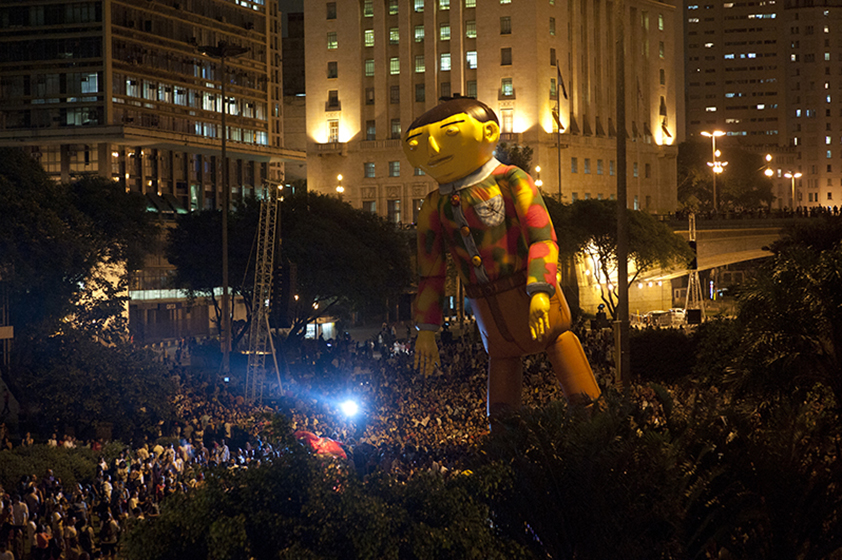 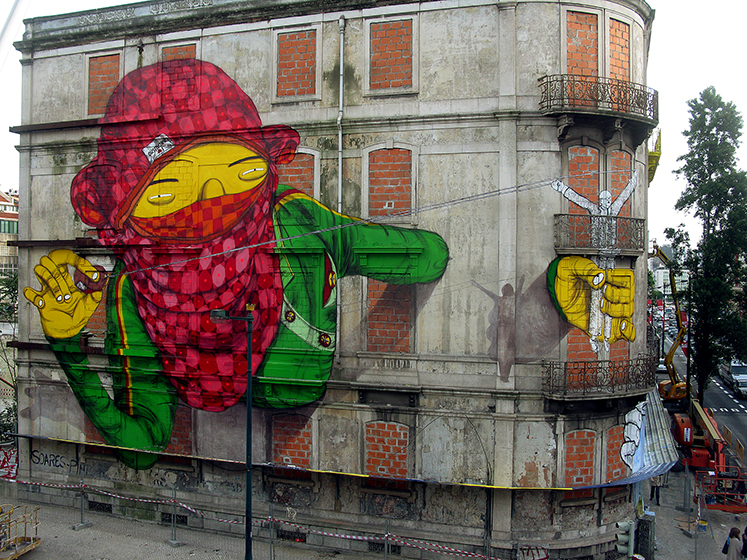 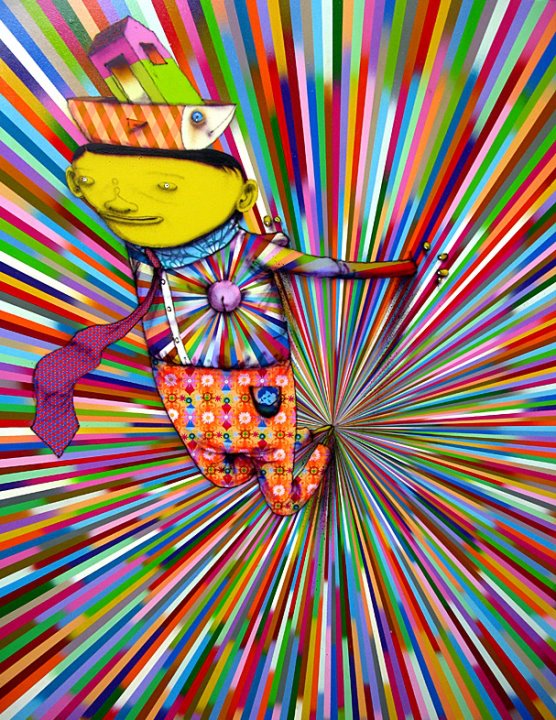 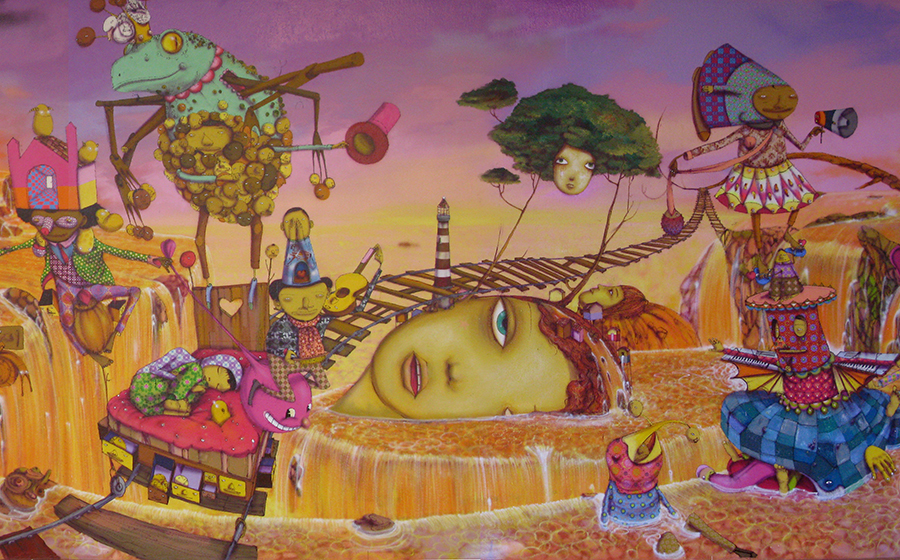 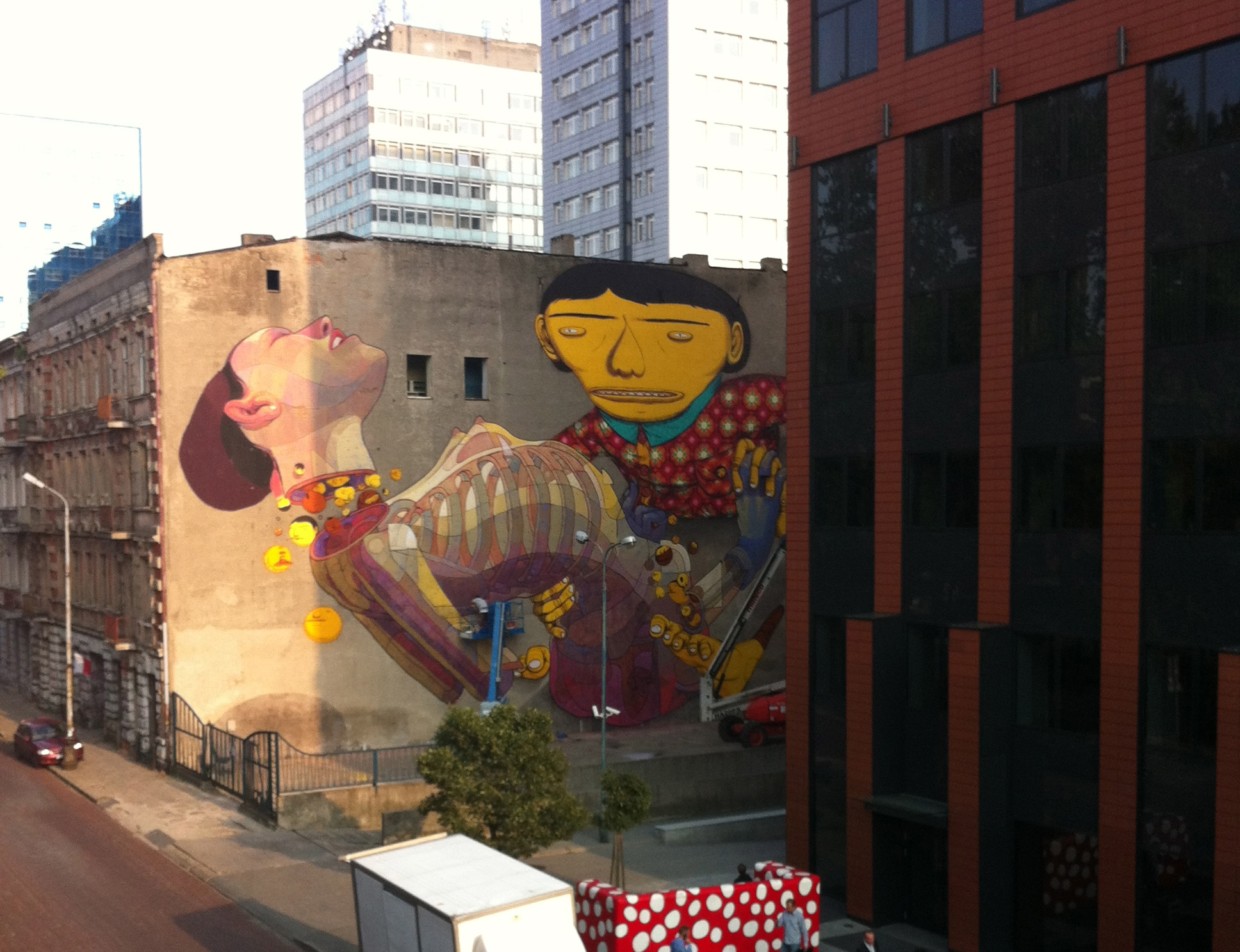 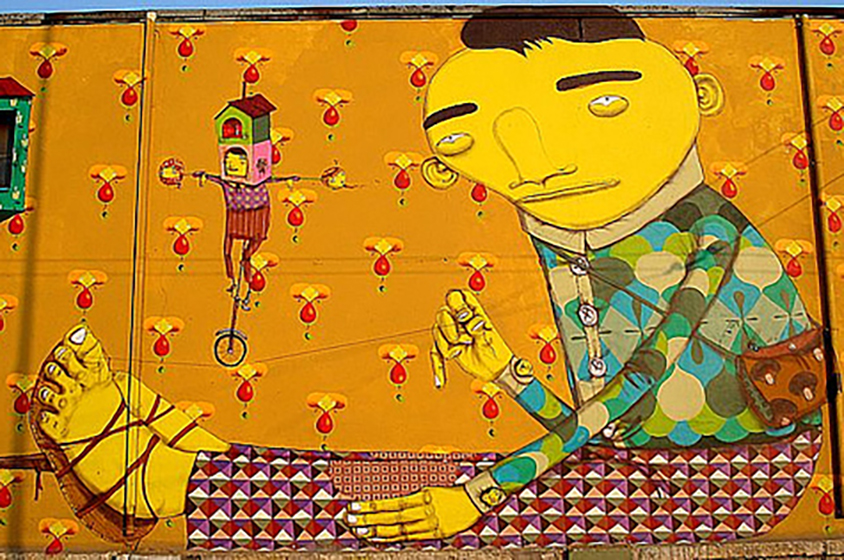 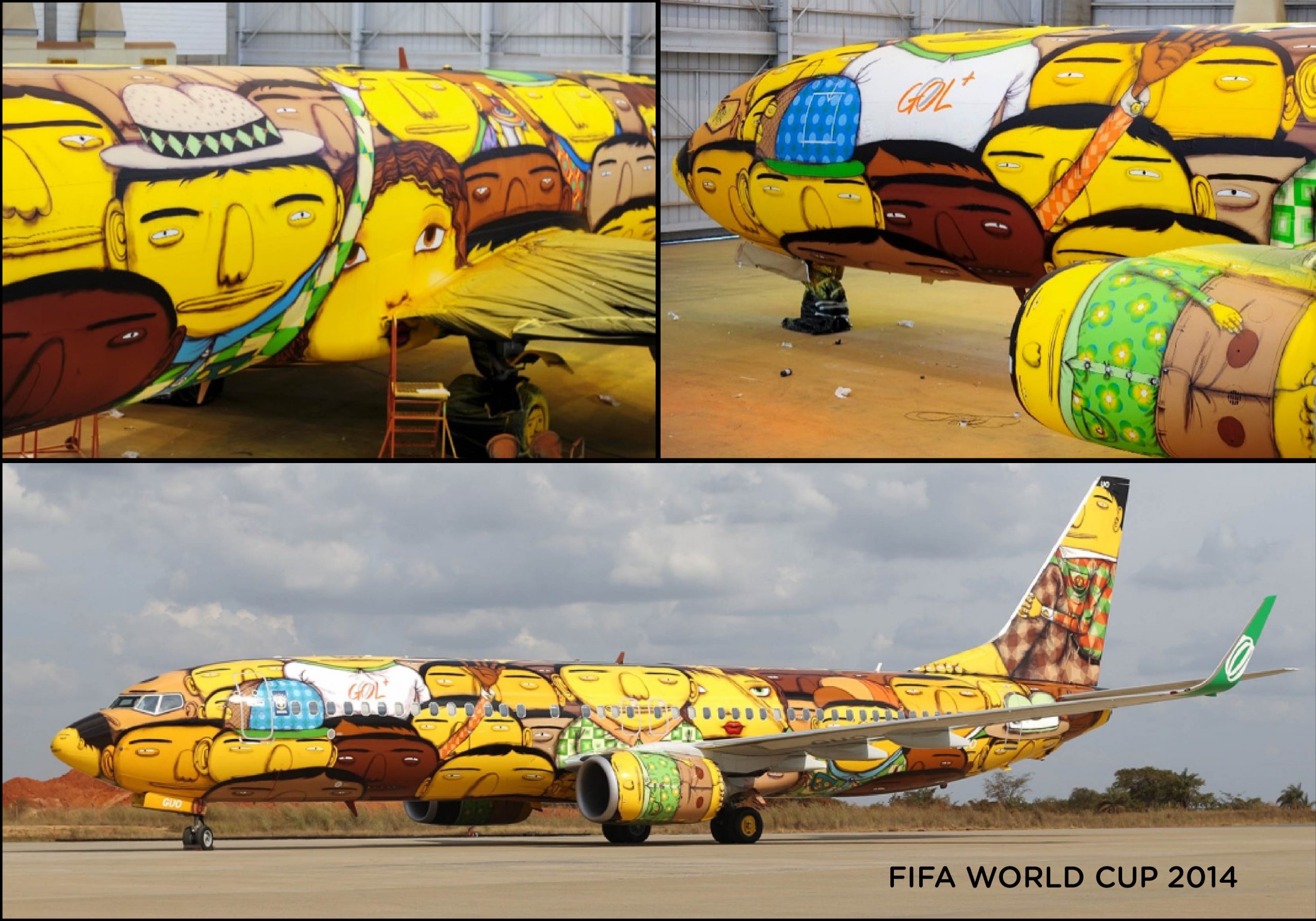 OSGEMEOS, translated as “The Twins”, Gustavo and Otavio Pandolfo, have worked together since birth. Born in 1974 in São Paulo, Brazil, the twins developed a distinct way of playing and communicating through artistic language as children growing up in the streets of the traditional district of Cambuci (SP). With the encouragement of their family, and the introduction of hiphop culture in Brazil in the 1980s, OSGEMEOS found a direct connection to their dynamic and magical world and a way to communicate with the public. Guided mainly by their willpower, together they explored with dedication and care the various techniques of painting, drawing and sculpture, and had the streets as their place of study.

They never stopped doing graffiti, but over the years, this universe created by the duo, with which they dream and get inspiration from, overtook the streets, becoming a language of its own with so many other influences and cultures, and it is constantly evolving. They believe in the encounters and experiences that life offers are natural and delicate. Today, recognized and admired both nationally and internationally, the artists utilize this combined visual language, improvisation and a sense of playfulness to intuitively create a variety of projects worldwide.

They have held numerous solo and group shows in museums and galleries in several countries such as Cuba, Chile, the United States of America, Italy, Spain, England, Germany, Lithuania, and Japan. To understand the work of OSGEMEOS, it is necessary to allow reason to be replaced by the imaginary – walk through the doors, allowing ourselves to realize the subtleties in the world around us and to embark on an experience that exceeds the visual: to feel first and to understand later. The twins still live and work primarily in São Paolo.

For the Vancouver Biennale, OSGEMEOS created a monumental, 360-degree, 21-metre- (70-foot-) tall mural, the biggest public mural of their career to date and their public artwork debut in Canada. The mural, which measures a colourful 2,183 square meters (23,500 square feet), was created on the six gigantic silos that are part of the Ocean Concrete manufacturing and distribution plant on Vancouver’s Granville Island, alongside the world-famous Public Market, Emily Carr University, and boat docks that attract 10.5 million visitors per year.