Welcome to the BIG IDEAS with Film Program

BIG IDEAS with Film offers free resources for teachers, parents and students to learn about the world around us through thought-provoking, eye-opening documentaries by globally celebrated filmmakers.  Watch as many films as you like, as often as you like with your students and children. Deepen the learning experience further with our Unit Plans and Project Ideas that show students ways to question, create and expand upon key themes.

We are honoured to bring you a selection of films by Alanis Obomsawin. She is one of the most internationally celebrated Indigenous directors in the world today. With a career spanning over 50 years, she has made over 50 films exploring past, present, and alternative narratives about Indigenous histories and experiences. Her films have become cinematic forces for change. 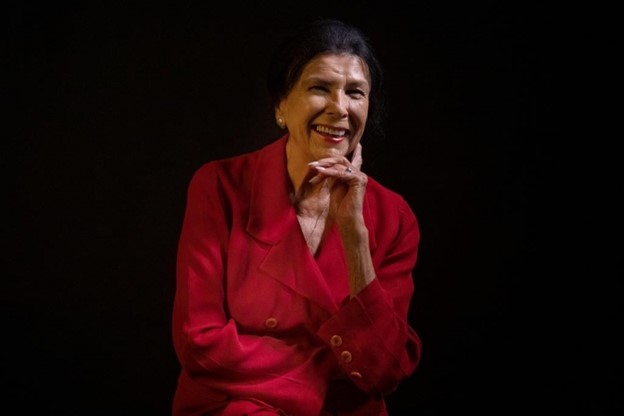 Alanis Obomsawin is one of Canada’s most distinguished documentary filmmakers. She is a pioneer in Indigenous filmmaking and has made over 50 films so far in her career. Born August 31, 1932 near Lebanon, New Hampshire, she comes from the Abenaki nation and began her career as a professional singer and storyteller before joining the National Film Board (NFB) in 1967. Her award-winning films address the struggles of Indigenous peoples in Canada from their perspective, giving prominence to voices that have long been ignored or dismissed.

A Companion of the Order of Canada and a Grand Officer of the Ordre National du Québec, she has received the Prix Albert-Tessier and the Canadian Screen Awards’ Humanitarian Award, as well as multiple Governor General’s Awards, lifetime achievement awards and honorary degrees. In 2019, she was awarded the Artist of Distinction Award from the Vancouver Biennale.

In October 2020 she was named the 13th laureate of the Glenn Gould Prize. Her citation read, “Through her multifarious artistic work and public activism, Obomsawin has been one of Canada’s most passionate and visible advocates for Indigenous peoples. She is a highly distinguished documentary filmmaker, and her prolific, internationally acclaimed output for the National Film Board, spanning almost fifty years, has addressed a huge range of themes and issues relating to Canada’s Indigenous peoples. She has also had long careers as a singer-songwriter and visual artist devoted to telling Indigenous stories.”

Note that each film has a Discussion Guide to facilitate dialogue, deepen the learning, and help students make connections between their own lives and the ideas and perspectives they see in Obomsawin’s films. 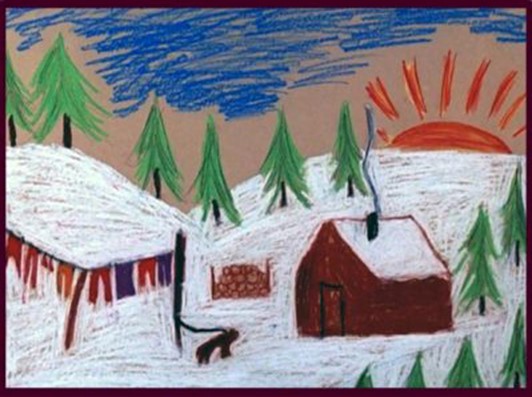 Released in 1971, this lyrical short documentary marked the directorial debut of legendary Abenaki director Alanis Obomsawin. Filmed at a residential school in northern Ontario, it is composed entirely of drawings by young Cree children and stories told by the children themselves. 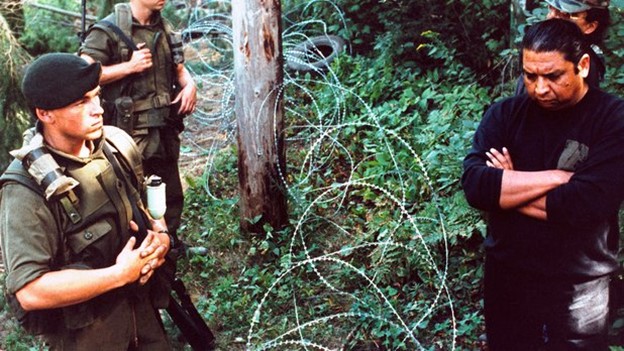 In July 1990, a dispute over a proposed golf course to be built on Kanien’kéhaka (Mohawk) lands in Oka, Quebec, led to a historic confrontation that would grab international headlines and sear itself into the Canadian consciousness. Director Alanis Obomsawin spent 78 days behind Kanien’kéhaka lines filming the armed standoff between protestors, the Quebec police and the Canadian army. This is a landmark documentary in Canadian and First Nations cinema. 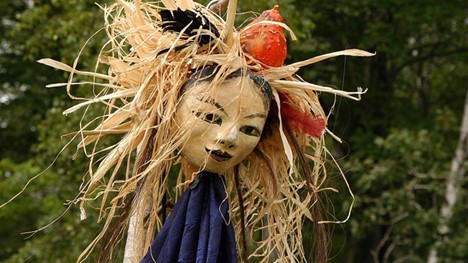 Sigwan tells the touching story of a young girl who is comforted and counselled by the animals of the forest. Written and directed by Alanis Obomsawin, the film addresses issues of exclusion and prejudice that exist within many communities worldwide. 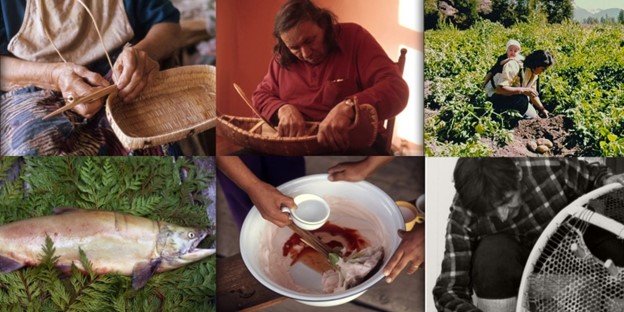 A selection of Alanis Obomsawin’s earliest short films for students featuring the personal narrative, voices, culture, history and knowledge of members of the Líl̓wat Nation in BC, and later the Atikamekw Nation in Manwan, Quebec. 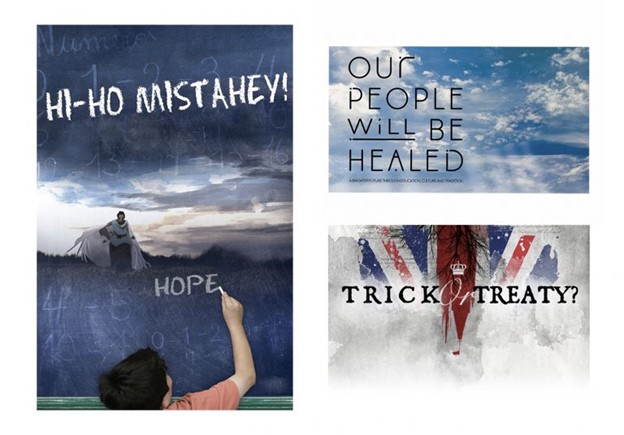 Trick or Treaty, Hi-Ho Mistahey! + Our People Will Be Healed

Enlightening as it is entertaining, ‘Trick or Treaty?’ succinctly and powerfully portrays one community’s attempts to enforce their treaty rights and protect their lands, while also revealing the complexities of contemporary treaty agreements. In ‘Hi-Ho Mastahey!’ learn about a youth-led national campaign to provide equitable access to education in safe and suitable schools for First Nations children. ‘Our People Will Be Healed’ looks at the inspiring and profound impact an innovative school has on an entire community. 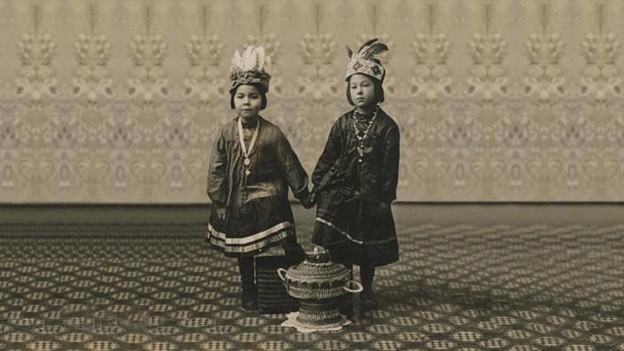 In this feature-length documentary from Alanis Obomsawin, the filmmaker returns to the village where she was raised to craft a lyrical account of her own people. After decades of tirelessly recording others’ stories, she focuses this film on her own. 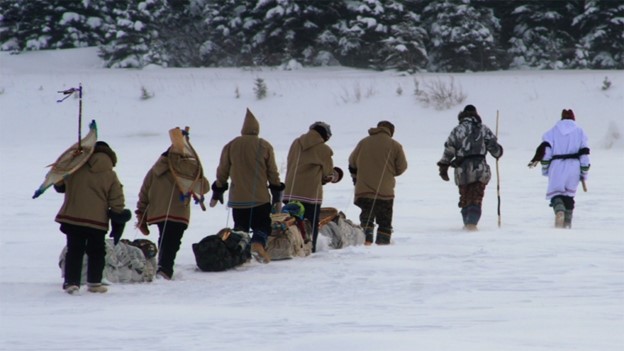 This film highlights the story of the Nishiyuu walkers, six young Cree men who, in 2013, decided to trek 1600km from Whapmagoostui, Quebec, to Ottawa. They made the walk in the spirit of their ancestors, whose traditions were to travel long distances in the winter because the rivers and lakes are frozen. This was an effort to meet with so many different nations from across the country and to be part of a new beginning.

When All the Leaves Are Gone

Based upon the personal experiences of Alanis Obomsawin, this film powerfully depicts the feelings of exclusion, hurt, and loss suffered by the young Wato. Her voice-over commentary presents a child’s perspectives on her situation, and the black and white film footage (a skilful blend of current and archival material from the NFB and CBC) provides vignettes of life in the Quebec of 1940. Wato’s situation is a difficult one, and one which was experienced by countless numbers of First Nations children, whether in reserve, residential, or urban schools.