WE ARE OCEAN VANCOUVER

WE ARE OCEAN VANCOUVER 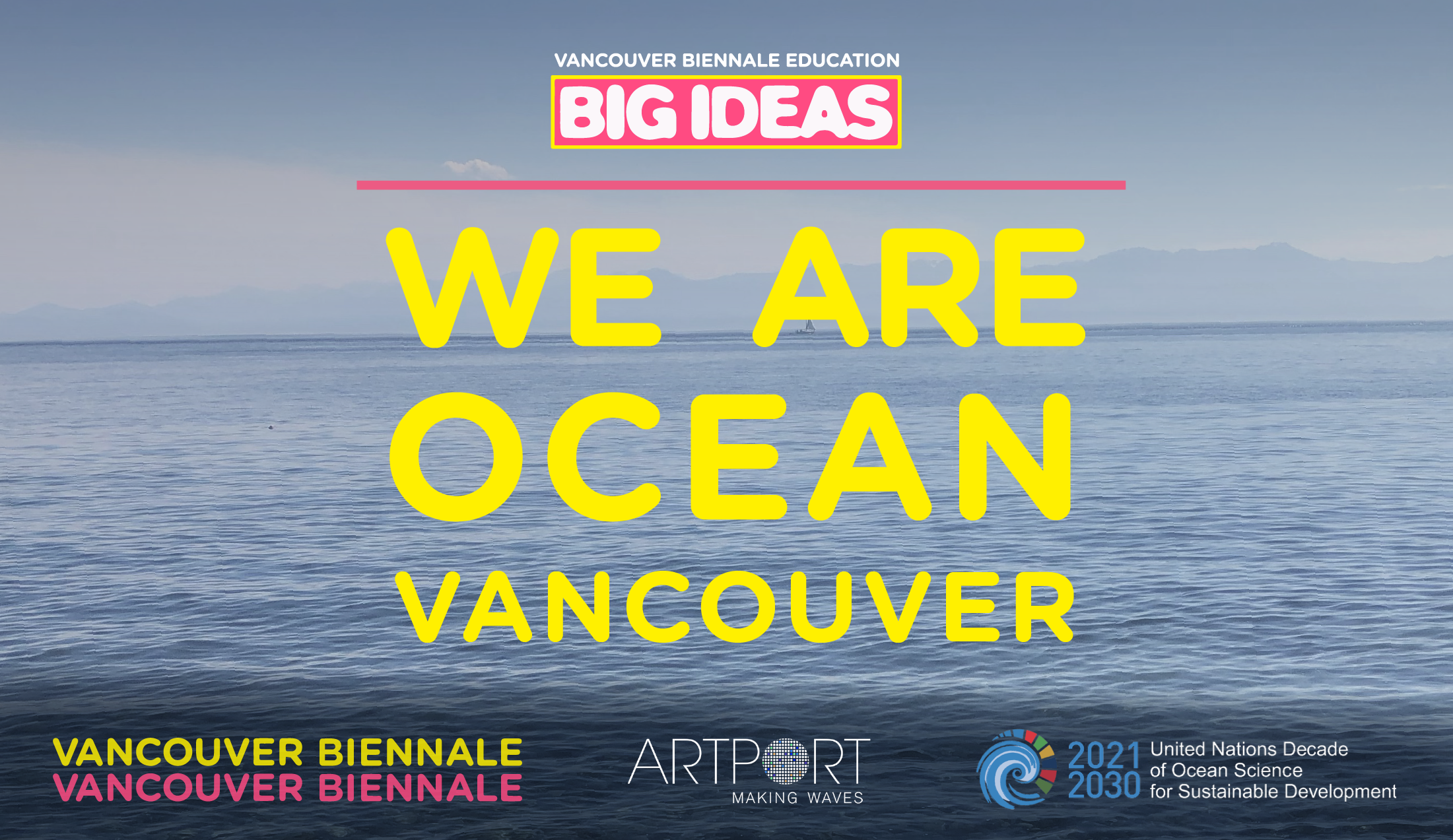 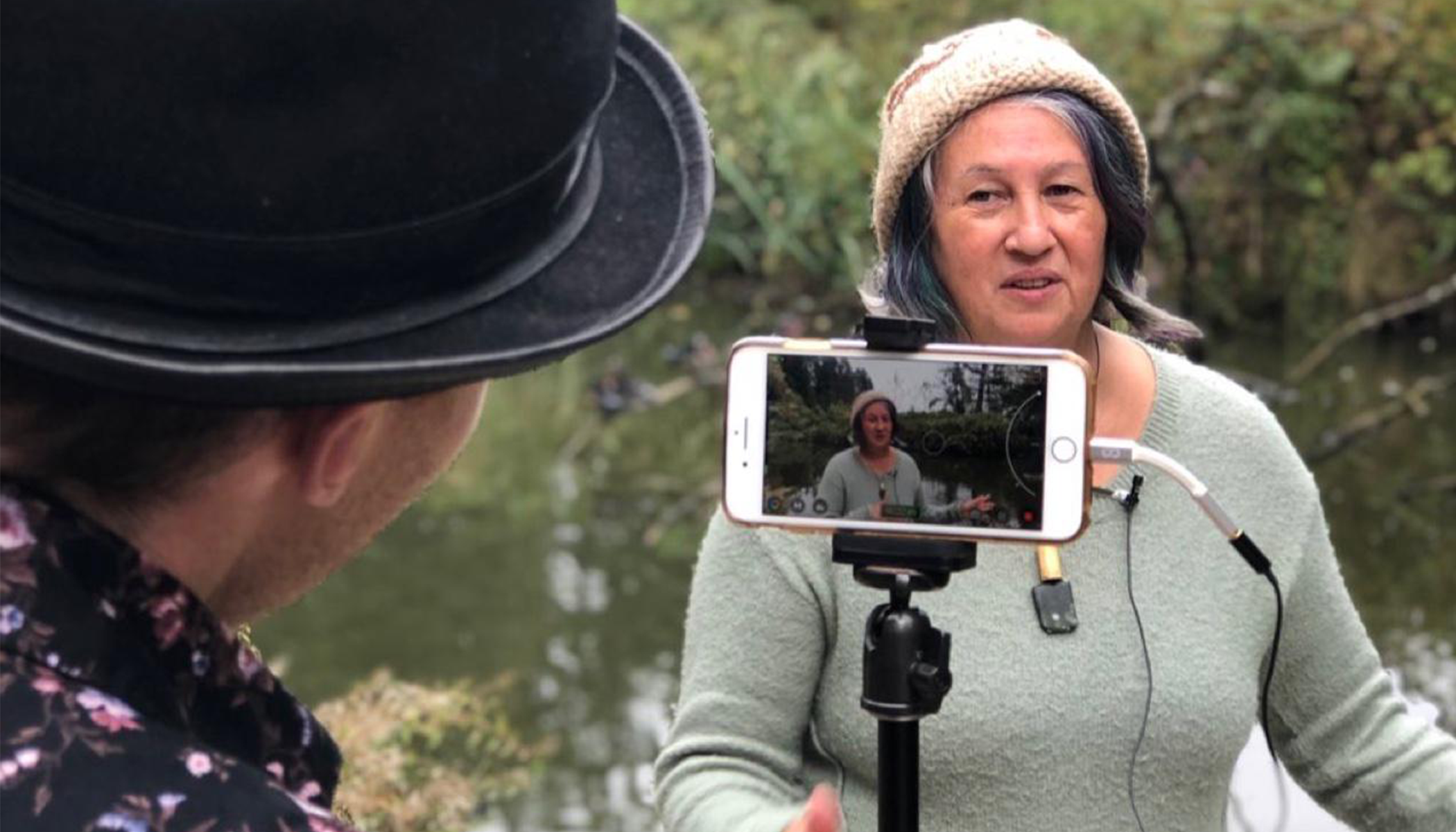 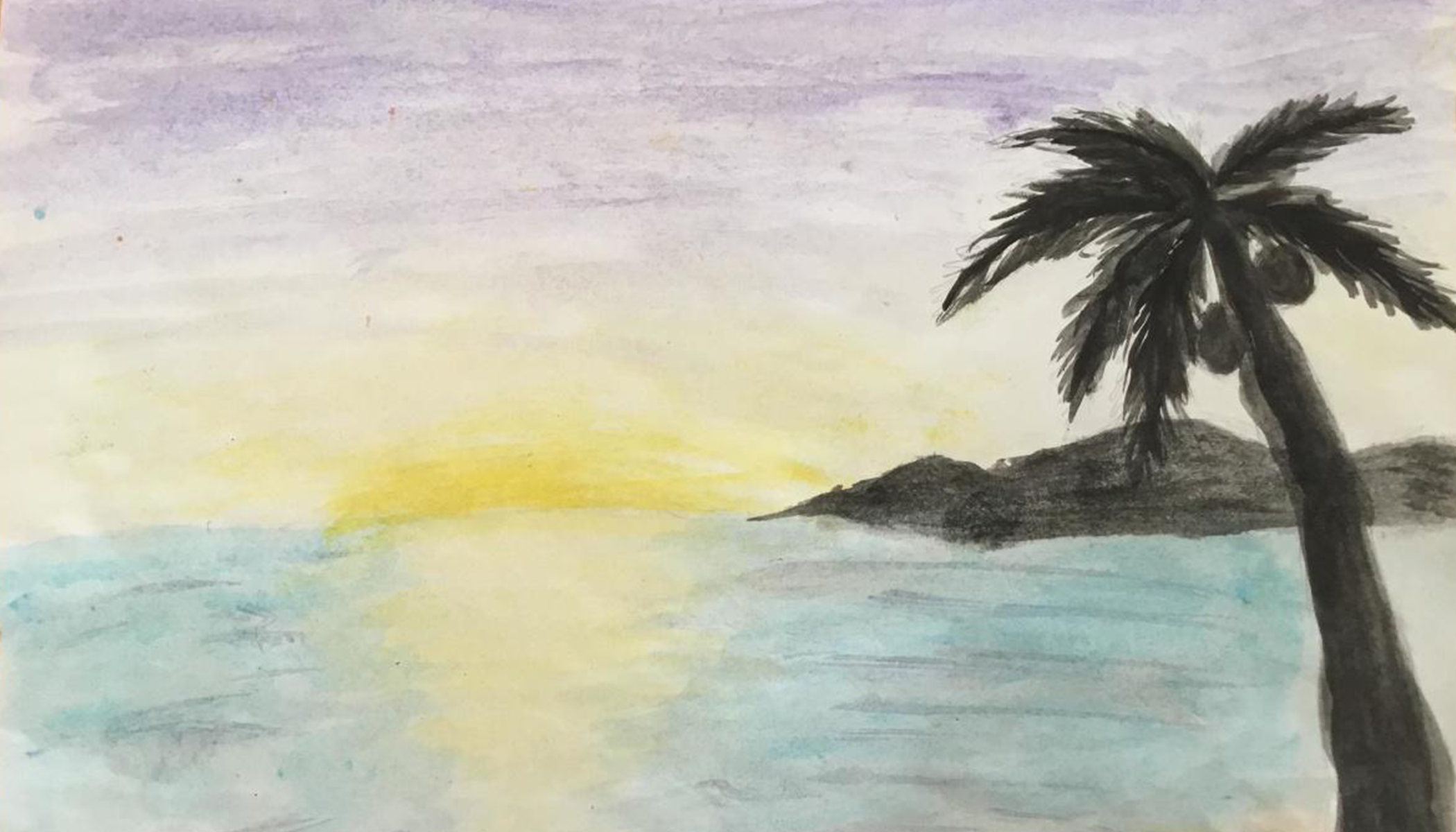 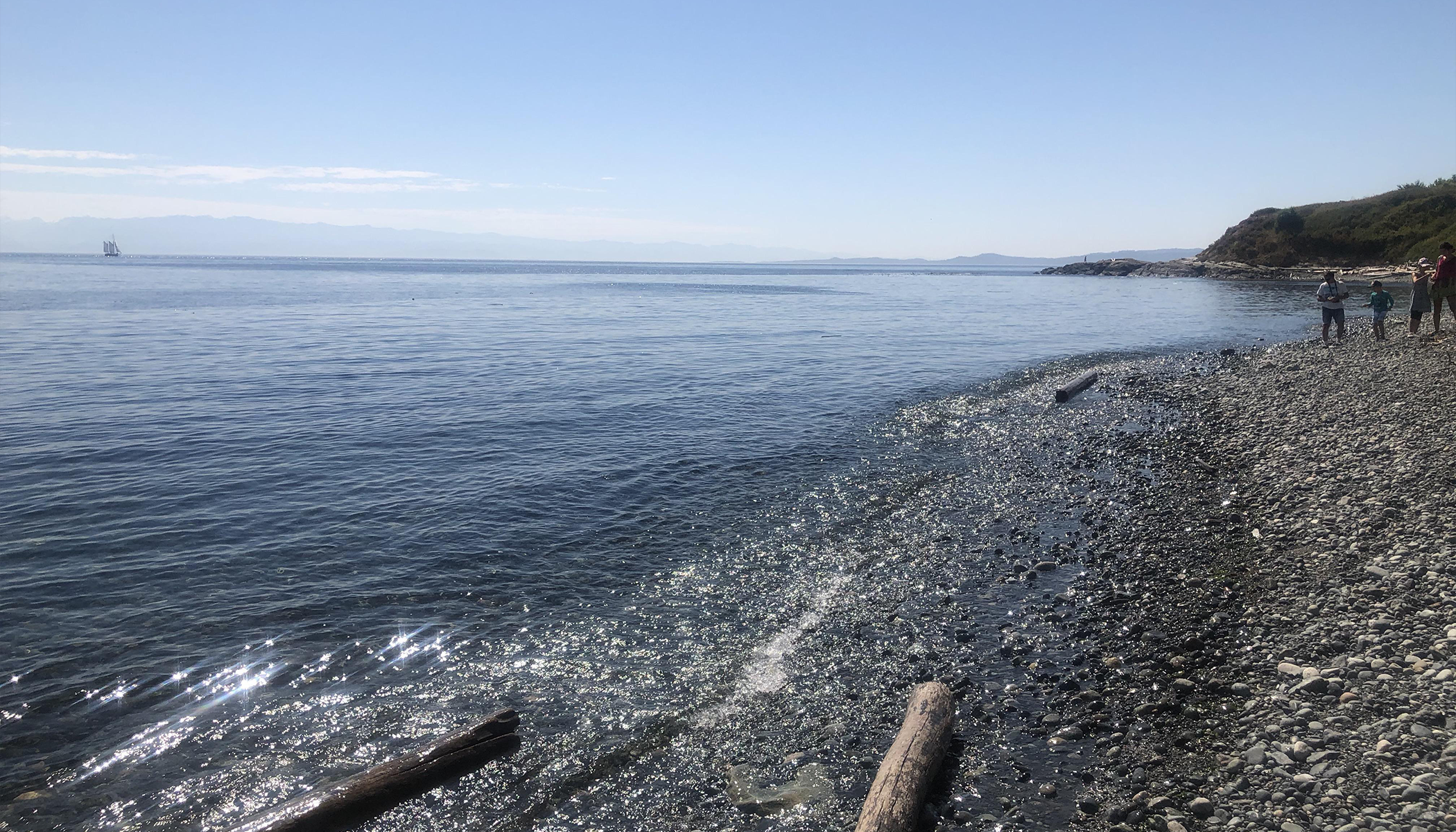 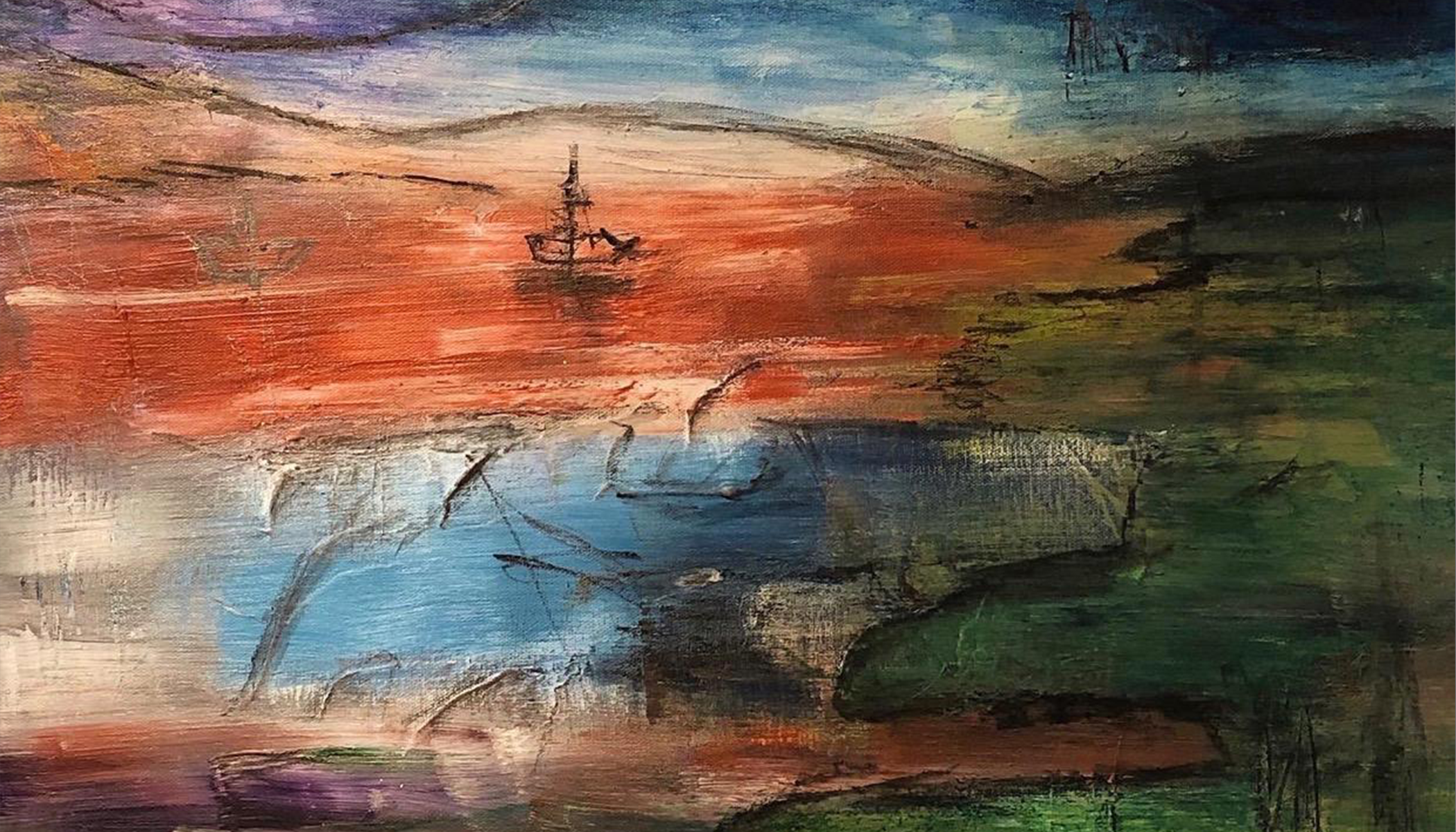 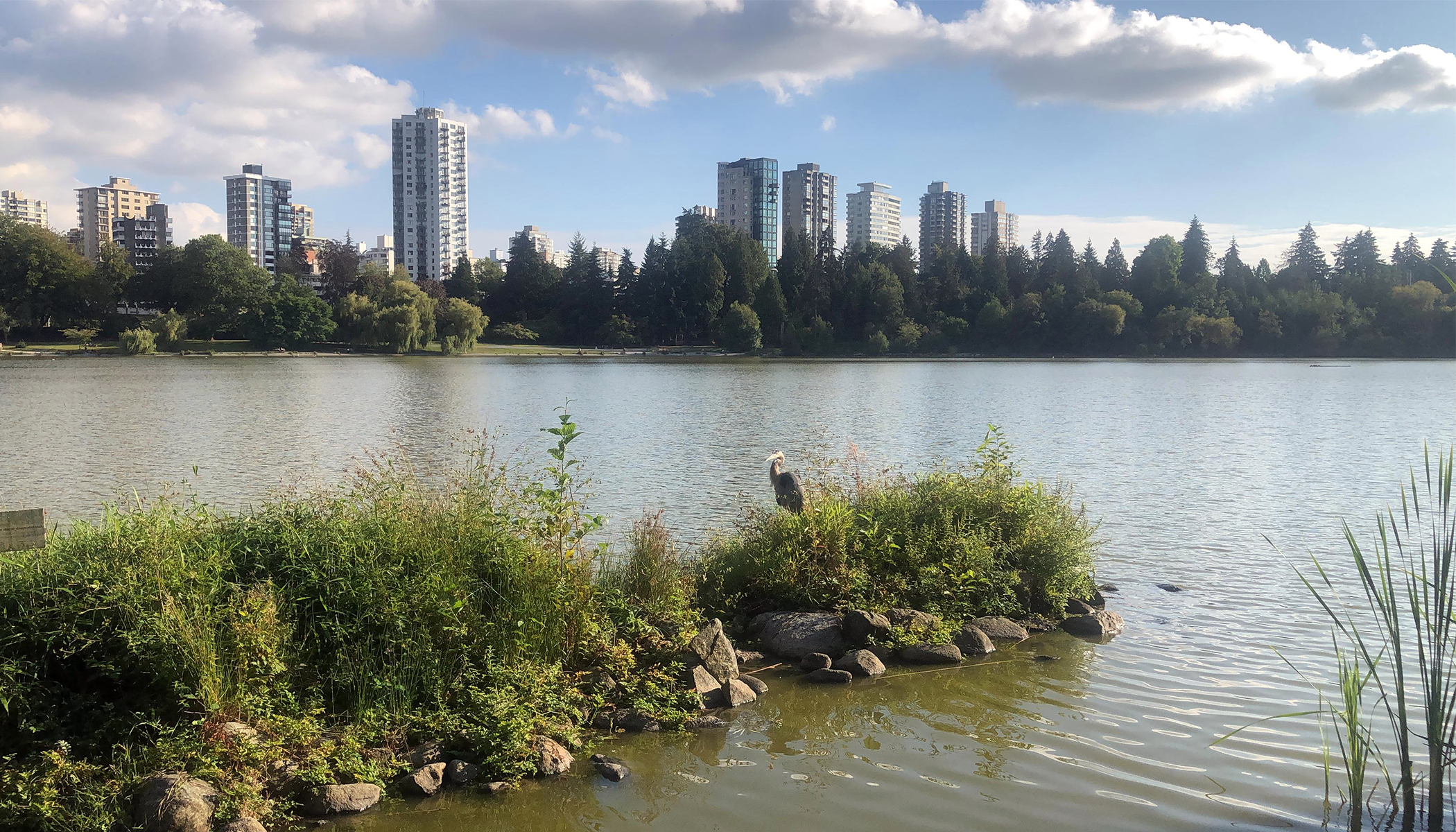 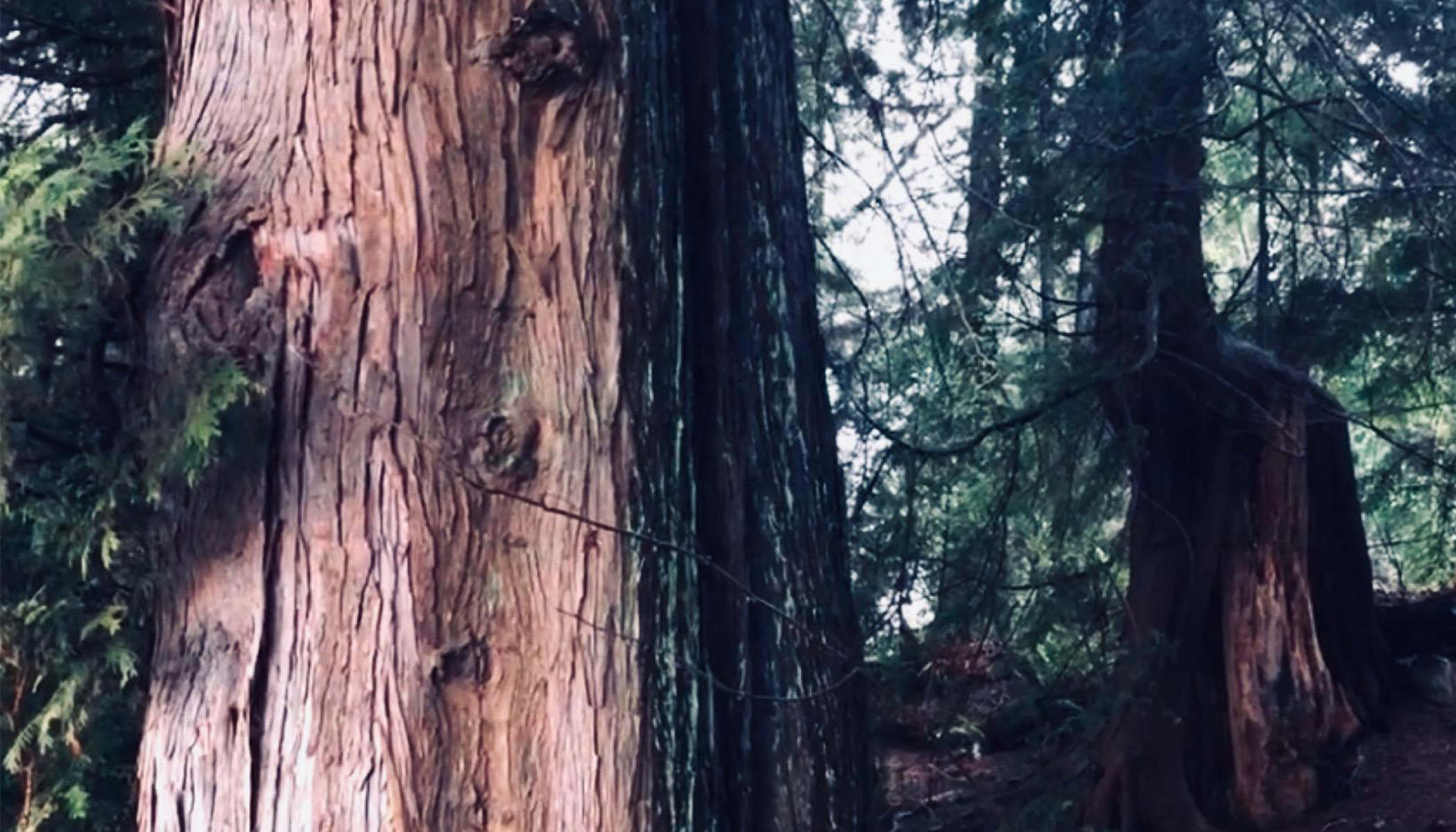 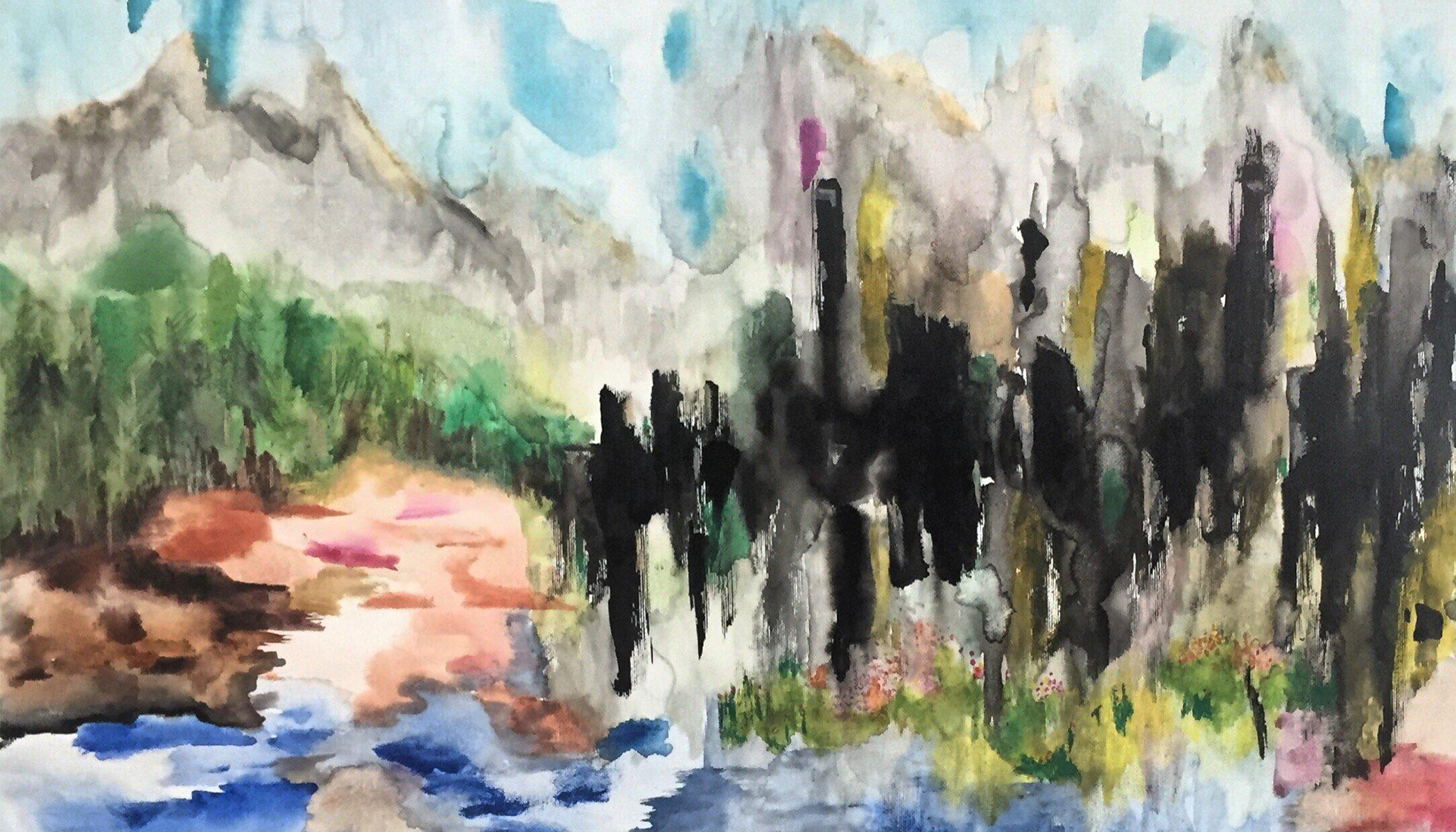 The Vancouver Biennale invites all parents with school-age children to participate in WE ARE OCEAN VANCOUVER, a free series of online learning videos, art inspired activity guide, and BIKEnnale/WALKennale outdoor adventures exploring ocean literacy based on indigenous knowledge and storytelling.

WE ARE OCEAN VANCOUVER has been commissioned by the Vancouver Biennale and is part of the art-science-education WE ARE OCEAN Global Program of ARTPORT_making waves around the world. Curated by Anne-Marie Melster, the project is an artistic contribution to the Preparatory Phase of the UN Decade of Ocean Science for Sustainable Development (2021-2030) through IOC-UNESCO.

Led by Vancouver-based artists and educators T’uy’t’tanat Cease Wyss and Olivier Salvas, the Vancouver Biennale program is unique in its focus on indigenous knowledge of the ecosystems that effect Squamish, Tsleil-Waututh and Musqueam First Nations land and surrounding Pacific Ocean. Students learn about indigenous plant and marine life, the impacts of colonization, and ideas for decolonization activities that support ocean health.

The WE ARE OCEAN VANCOUVER project consists of four 30-minute videos and a corresponding activity guide with a multitude of fun, art inspired activities for children at various grade levels drawing upon STEAM (Science, Technology, Engineering, Arts, Mathematics) based learning. The entire program is self-paced for parents and children to do as many of the activities as they want, whenever they want throughout the summer and beyond. 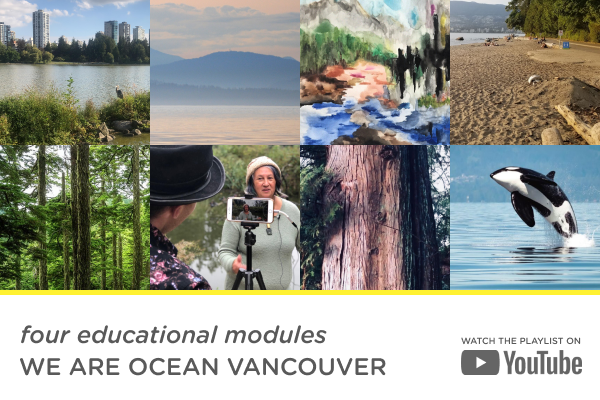 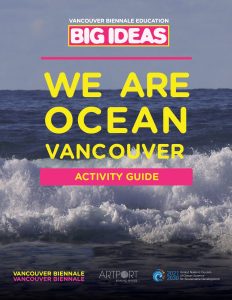 Outdoor adventures are also part of the program. Two cycling and walking tours are included in the 2021 Vancouver Biennale BIKEnnale/WALKennale, where families visit the locations discussed in the videos. FREE Family Passes to the BIKEnnale / WALKennale are available to everyone participating in WE ARE OCEAN VANCOUVER.

You’ll find the FREE promo code at the end of each video.

Visit the BIKEnnale / WALKennale website to register and learn more.

Read more about WE ARE OCEAN VANCOUVER from our press release.

T’uy’t’tanat-Cease Wyss is an interdisciplinary artist who works with digital media and other mediums, is a community engaged and public artist. Her recent work with Gallery 221a is based in permaculture and Coast Salish forms, as presented through earth mounds [Hugel Kuktur] as garden beds. Cease is working on a multi-year land based work, with Dene artist Anne Riley entitled “A Constellation or Remediation”, a multi-year project focused on plant remediation on various sites around the City of Vancouver. Cease is a Indigenous Ethnobotanist and is an emerging cedar and wool weaver with a textiles art practice that includes plant materials for weaving and creating natural dyes. Cease was part of two major group exhibitions recently. One was with the Vancouver Art Gallery entitled “Transits & Returns” and another, through the Reach Gallery and Museum in Abbotsford entitled “Li :iyatqset – To Transform” and both of these shows feature contemporary indigenous artists within specific contexts to each show. “Transits & Returns” features artists from various places around the Pacific Ocean and is the final iteration of this series, the first iteration was titled “The Commute” and was presented at the Institute of Modern Art in Brisbane Australia in 2018.

Li:iyatqset presents indigenous Fraser Valley artists, many of whom are from the local nations, who presented films by and about indigenous peoples, and responded to these films through creating new and original works. Both of these shows were presented during the fall and winter season of 2019/2020 . Through the IM4 :: Indigenous Matriarchs [An Indigenous Futurisms Lab, with Loretta Todd], Cease has become an emerging developer of XR Futures, and is developing a series of VR experiences for her “Sacred Teachings Series”. She is developing a series of AR works as well. Cease is a beekeeper and a member of the Aboriginal Writers Collective West Coast and currently resides in North Vancouver. She has been recently nominated for the Sobey Art Award 2021 together with Anne Riley and is currently participating in the Momenta Biennale 2021 taking place in Montreal.

Olivier Salvas is an artist and educator who specializes in arts education and the maker movement in a second language setting. Originally from Montreal, QC, Olivier moved to Vancouver, British-Columbia shortly after completing his Bachelors of Education in Teaching French as a Second Language from University of Montreal. As he embarked in his Graduate Studies in Media Studies and Curriculum at the University of British-Columbia, Olivier merged his two passions of artist and educator and he began to create artistic work based on educational research. Olivier uses abstract paintings, photography and various media to bring light to social causes and to foster conversations about identity and arts education. Olivier’s area of research and of creation are inspired by graffiti art, street art, urban culture and contemporary artists from Les Automatistes in Quebec.

When Olivier begins an artistic collection based on his findings, he thinks of a topic in the world that resonates with him. Then, he creates a story with this event and he creates a main character. He asks, “What would this character do, think, or say?”. Subsequently, Olivier pairs up with a photographer to create a visual story, which inspires him for the the direction he wants to take artistically with his message. Olivier was chosen an ambassador for the the Canadian Culture Days 2019, representing British-Columbia. In 2019, Olivier had his first solo exhibition called “Rebel with a Cause” that was showcased over a three month period in Vancouver. Olivier has collaborating with Vancouver Biennale as an educator for the Big Ideas in Schools project since 2015. Olivier continues to create and to participate in Professional Development opportunities for educators and in events to support artists and children of all ages. You can frequently catch Olivier in the media, speaking about education or supporting LGBTQ2S+ causes across Canada. Olivier’s collection Flamboyant is currently showcased at the lost Lagoon Gallery and at Pacific arts market in Vancouver. His show Discover is in Victoria BC and he will be part of various festivals around the summer.

Anne-Marie Melster is co-founder and executive director of ARTPORT_making waves. As an international curator and art critic, she has made a name for herself in the field of art and climate change through numerous interdisciplinary art projects with ARTPORT_making waves. She started her career in contemporary art in 1999. Since 2006 as the director of ARTPORT_making waves, she has collaborated with internationally renowned artists (Olafur Eliasson, Tino Sehgal, Barthélémy Toguo, etc.), institutions (United Nations, UNESCO, Pro Helvetia, Embassy of Switzerland in Paris, TBA21, Grand Palais Paris, IUCN, Kunstmuseum Bonn, etc.) and companies, to raise awareness about climate change through the arts. She has created art programs for various climate conferences, including the COP15 in Copenhagen, COP21 in Paris in 2015 and COP23 in Bonn in 2017. Each of these programs involves entire cities in various locations to address civil society as well as the delegates, thereby contributing to social change. Last but not least, she is one of the curatorial pioneers at the interface of art and climate change.

ARTPORT_making waves is an international curatorial collective focusing on art projects that explore climate change and sustainability. Established in 2006, it has organized numerous innovative art and cultural projects that promote tolerance, sustainable development, and the common good. The aim is to raise awareness of socially relevant issues and to stimulate public discussion for societal change. The collective has drawn attention to the causes, consequences, and possible solutions of climate change through themed exhibitions, film productions, competitions, workshops, conferences and educational programs. It is an unparalleled pioneer in its field and has brought together experts from various sectors, notably the arts, academia, education, and politics, and has collaborated with numerous leading international organizations, including the United Nations, governments, schools, universities, museums, and festivals. ARTPORT_making waves was founded by Anne-Marie Melster and Corinne Erni. Originating in New York and Valencia, it has grown into a reputable international art network. It is registered as a non-profit association in Germany, France, Spain, and Switzerland.