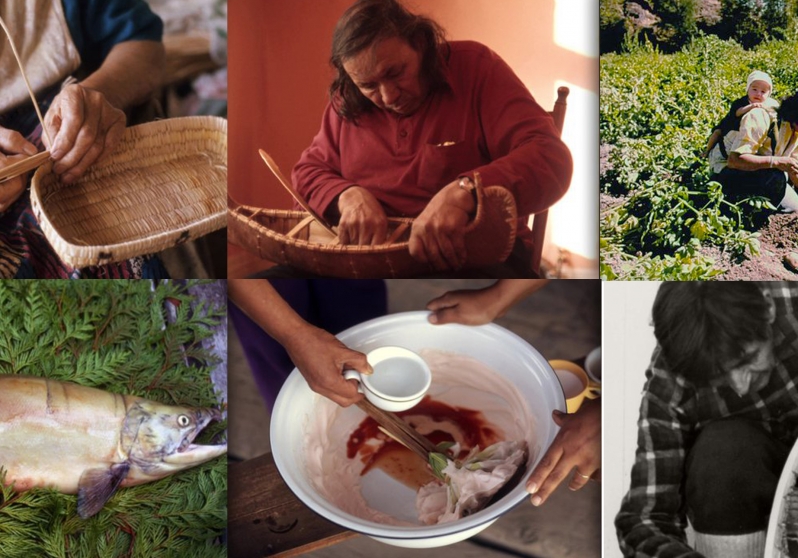 About the Film Series

In her early as a filmmaker with the National Film Board 1970s, Alanis Obomsawin began a series of short films for students featuring the personal narrative, voices, culture, history and knowledge of members of the Líl̓wat Nation in BC, and later the Atikamekw Nation in Manwan, Quebec.

The L’íl’wata series was conceived and produced as a series of educational filmstrips in the early 1970s. Filmstrips were widely used in educational settings until the early 1980s, and the NFB was a leading producer of multimedia film strip kits on a wide range of subjects. Obomsawin, an established artist but a relative newcomer to the world of cinema, would use the filmstrip form to begin her ambitious documentary career – one based on giving First Nations control over their own image while telling their own stories.

Working in solidarity with the people of L’íl’wata – approaching them as a fellow Aboriginal rather than an outside “expert” – Obomsawin reframed Indigenous experience from the inside, providing young Canadians with a more complete understanding of the country’s first peoples.

Selections from The L’il’wata Series

A series of still images follows master Líl̓wat basket maker Mathilda Jim, from the harvesting of materials to the creation of a functional work of art. Told in the Lil̓wat7úl language, this short documentary evokes the powerful connection between language, knowledge and culture.

Basket, Alanis Obomsawin, provided by the National Film Board of Canada

Salmon, Alanis Obomsawin, provided by the National Film Board of Canada

The farming practices of residents of the Líl̓wat Nation near Mount Currie, B.C., are presented in a series of snapshots that illustrate the fertility of their territory and the people’s deep connection to their land.

Farming, Alanis Obomsawin, provided by the National Film Board of Canada

Accompanied by a song in the Lil̓wat7úl language, we follow a woman as she makes gwùshum, a Líl̓wat dessert and a very special treat. From the harvesting of the xúsum (soapberries or salmonberries) to the construction of the corn-husk whisk, a dish is created that is equal measures mouthwatering and awe-inspiring.

Xusum, Alanis Obomsawin, provided by the National Film Board of Canada

Selections from The Manwan Series

Utilizing engineering ingenuity that is centuries old, Atikamekw elders Agatha and Cézar Néwashish build a small-scale version of a birch-bark canoe. With their expert hands, a stunning work of art is created.

The Canoe, Alanis Obomsawin, provided by the National Film Board of Canada

The remarkable construction of the venerable snowshoe is demonstrated from start to finish. Atikamekw Elders Mariane and Athanas Jacob take us into the forest to select the tree that will become a fresh new pair of snowshoes.

Snowshoes, Alanis Obomsawin, provided by the National Film Board of Canada

This unit plan has been designed for students to learn from 6 short films by the internationally acclaimed Abenaki filmmaker, Alanis Obomsawin, showing the skills, traditions and experiences of different First Nation communities across Canada. Depending on the age of the class, this can lead to a deeper exploration of resourcefulness, sustainable leaving and resiliency that can be learned from many different cultures and world views.

In these documentaries, Obomsawin highlights different aspects of Indigenous experiences, ways of living and their interconnection with the land they live on. Obomsawin’s lens offers an insider look into Indigenous knowledge and narratives, as a powerful counterpoint to the narrative in our popular culture usually told from the colonizers’ perspective. In this unit, students viewing these vignettes of Indigenous life in Canada, will inquire about their own cultural practices, and find those practices that are intergenerational, connected to land and sustainable. Finally, students will be encouraged to reflect on how and why these practices may have changed over time.

Who are the dominant voices in the documentary? Are they official sources such as government representatives, or are they experts of another kind? Or are they everyday people from the street? What is their connection to the documentary’s subject?