When All the Leaves Are Gone 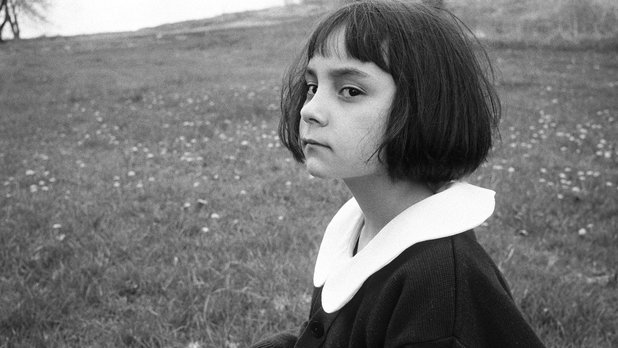 When All the Leaves Are Gone – 17 min

As the only First Nations student in an all-white 1940s school, eight-year-old Wato is keenly aware of the hostility towards her. She deeply misses the loving environment of the reserve she once called home, and her isolation is sharpened by her father’s serious illness. When Wato’s teacher reads from a history book describing First Nations peoples as ignorant and cruel, it aggravates her classmates’ prejudice. Shy and vulnerable Wato becomes the target of their bullying. Alone in her suffering, she finds solace and strength in the protective world of her magical dreams.

Based upon the personal experiences of Alanis Obomsawin, When All the Leaves Are Gone powerfully depicts the feelings of exclusion, hurt, and loss suffered by the young Wato. Her voice-over commentary presents a child’s perspectives on her situation, and the black and white film footage (a skilful blend of current and archival material from the NFB and CBC) provides vignettes of life in Quebec in 1940. Wato’s situation is a difficult one, and one which was experienced by countless numbers of First Nations children, whether in reserve, residential, or urban schools.

Expert fishers for their entire lives, Líl̓wat Elders Cora and Daniel Wells share their deep knowledge of salmon fishing, cleaning and smoking. They speak in their traditional language, and Obomsawin shows their process through still photos.

This short is part of the L’il’wata series. In the early 1970s, at the outset of her documentary career, Alanis Obomsawin visited the Líl̓wat Nation, an Interior Salish First Nation in British Columbia, and created a series of shorts that provide personal narratives about Líl̓wat culture, histories and knowledge. She combines personal interviews she conducted, with still images to share personal and candid indigenous perspectives in her early films.

When All the Leaves Are Gone, by Alanis Obomsawin, provided by the National Film Board of Canada

Salmon, Alanis Obomsawin, by provided by the National Film Board of Canada

This guide has been designed to familiarize students with a film as a unique text and media that can tell a story, raise awareness and impact the viewers. Inspired by Alanis Obomsawin the celebrated Abenaki film director’s documentary, When All the Leaves are Gone, students are invited to work together and share a story of their concern through creating a 2-minute short film.

The following activities are best suited for senior photography class, digital media class and film studies class. Depending on each class’s course of study this guide can be considered a complete unit or could be used as a section of a bigger unit that is anchored on raising awareness about important social and environmental issues. Due to the number of steps involved in the practical aspect of the project from taking pictures, adding audio files and editing, the proposed project is better suited for the second or the third semesters. Download the PDF for the unit plan at the bottom of this page.