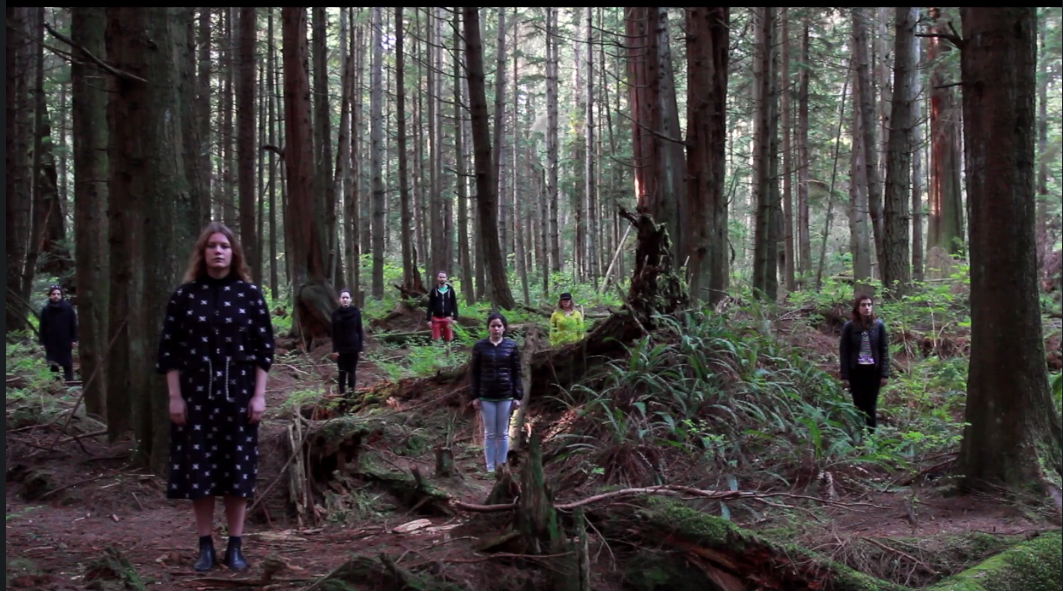 Figures In Stanley Park is a video-based artwork created by Welsh artist Tim Davies during his 2015 residency visit to Vancouver. As with other residencies that the artist has undertaken, notably for the Venice Biennale, the work evolved organically as a response to both the 2014 – 2016 Vancouver Biennale exhibition theme of Open Borders/Crossroads Vancouver and being on the ground in Vancouver.

Originally drawing inspiration from the stark visuals of Vancouver’s Downtown Eastside neighbourhood and the people who live there, Tim dug more deeply into the history of the city and turned his attention to the First Nations community and the history leading him to Stanley Park.

“Fundamentally, my work is about humanity and its environment, and what informs and creates that environment; how a particular environment is experienced, how it is constructed and how it can be deconstructed through visual art.” – Tim Davies

Davies works in a range of media, utilising the most appropriate process, gesture, and material for the realisation of the conceptual impulse.

Thanks to Fresh Air Cinema for presenting this work in Stanley Park in the summer of 2016.