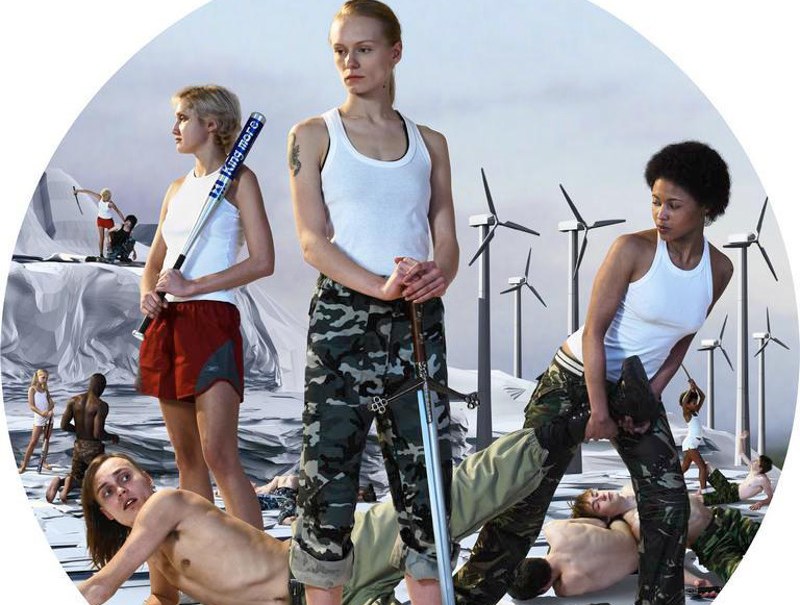 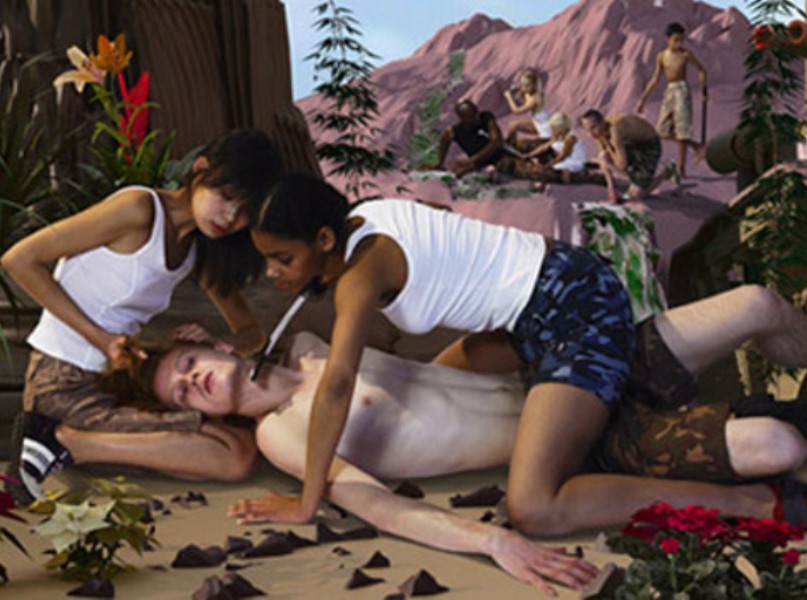 AES+F’s video Last Riot, shown at the 2007 Venice Biennale, was one of its most impressive shows. The film presents the viewer with an imagined future, digitally manipulated, where snow capped mountains sit next to desolate beaches, neon dragons rest atop oil platforms, planes collide without flames, and a band of attractive teens enact violence on one another without consequence. A panoramic epic, it is projected on triptych screens within an imagined world. The fantastical landscape forms the backdrop to scenes where male and female, victim and aggressor are one and the same.   The film orchestrates a variety of political and cultural concerns of our time with exclusive specificity, such as the showcasing of adolescents in military garb. It projects a new world where societal structures are broken down and rebellion unfolds.