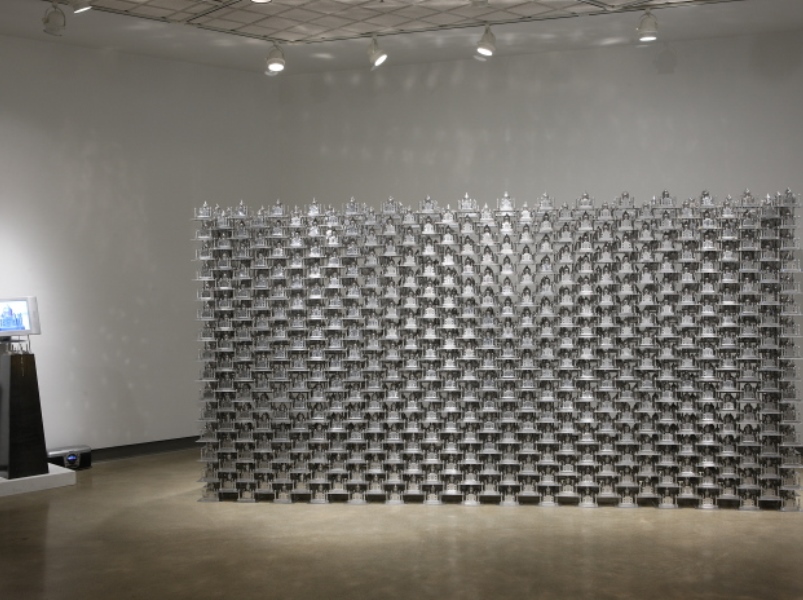 In Taj Mahal, Shetty has created hundreds of miniature reproductions of the historic shrine, bolted together to form a monumental block. Re-scaled and repeated the image is transposed from its original context and meaning to become decorative, nearly meaningless. Near the installation, a video of the Taj Mahal is overlaid with an image of flames, reinforcing this idea of destruction. With this video we are meant to understand the process of disintegration in meaning, in the same way the monument has migrated from private gesture through national symbol, to a ubiquitous image robbed of potency, akin to the tourist souvenir. In this sense, the piece reflects the notion of absence. In the first instance, the Taj Mahal stands in monument to a dead wife, in the second; it stands as a symbol of a (constructed) notion of national identity.