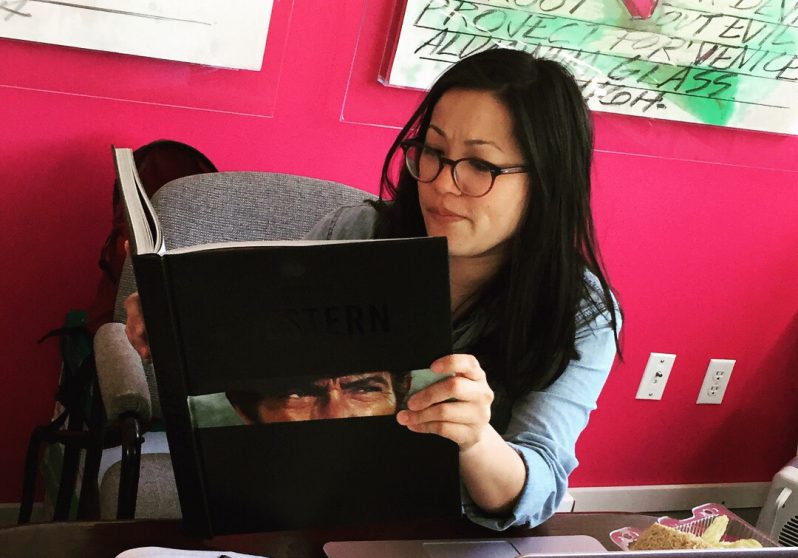 Q:  You joined Vancouver Biennale in February of this year as its Director of CineFest LIVE. Tell us a little bit about yourself – how you got into film and what led you here?

Film has been an interest of mine since I was young when my family would make our weekly trip to the local video rental store on Friday nights, but it wasn’t until 5 years ago that I started to think of filmmaking as a serious career endeavour. That’s when I returned to school to study documentary production at Langara College. Since then, I’ve produced and directed an hour-length documentary and a number of shorts and through my experience of presenting these films at festivals and schools, I found the most rewarding aspect was connecting with audiences on an educational level and building community. Through CineFest LIVE, I’m excited to bring films into the exhibition that deepen community engagement and learning.

Q: The Vancouver Biennale has held exhibitions for more than a dozen years – bringing public art to Vancouver and cultivating an appreciation for and expectation of engaging public spaces in the city. While originally the Biennale focussed solely on sculpture, it incorporated film into its programming fairly early on – and now includes sound installations, performance and new media. What has the addition of film brought to the overall exhibition?

Expanding the focus of the Biennale to include different forms of contemporary art makes it more accessible for the public to “enter” the sculptural exhibitions. To that end, film is an excellent gateway because audiences connect to stories. Contemporary art may be intimidating for the general public, especially if the meaning is quite conceptual. Programming films that are related to the themes of the artworks and are grounded in character-driven stories invites audiences to learn about the artworks in a new and different way.

Q: The theme of the 2018-2020 Vancouver Biennale is re-IMAGE-n. What excites you most about the theme and how will your programming reflect that?

The theme of re-IMAGE-n is an invitation to reimagine our history and visualize our future trajectory, so for CineFest LIVE I am excited to program films by and about women filmmakers from the 1920s to 40s, most of whom have been forgotten from the history books of cinema. These films invite audiences to think of the possibilities that women and marginalized communities can achieve when given proper credit, recognition, and support.

Q:The Vancouver Biennale has always thought of film as a powerful educational tool – and incorporates CineFest LIVE films into its BIG IDEAS Education Program. The films are made available to participating schools online for free. Which film from this year’s program do you think teachers will be most excited about using as a learning tool in their classrooms?

One of the other CineFest LIVE film programs for 2018-2020 is centered on gender and Islam and we’re partnering with the non-profit organization, Voices of Muslim Women and their Digital Storytelling course at Kwantlen Polytechnic University to host a screening of select short films by emerging filmmakers. As the films are personal stories by and about the Muslim women filmmakers, it is a unique educational tool in presenting counter narratives of how women of Muslim faith are portrayed in mainstream media.

Q: Vancouver has a strong film culture and CineFest LIVE holds popular Master Classes. Oliver Stone was a favourite of the 2014-2016 program. Is there a dream filmmaker that you would like to bring to Vancouver Biennale CineFest LIVE 2018-2020?

There are a couple! My absolute dream would be to invite acclaimed filmmakers, Alanis Obomsawin and Agnes Varda – both of whom have dedicated their careers to education and giving voice to marginalized communities. They each hold unique perspectives on how to reimagine and envision our futures that are more inclusive and just.

Thanks to Joella for taking the time to speak with us –  we can’t wait to share what she has in store! Vancouver Biennale 2018-2020 CineFest LIVE programming dates will be announced later this month – keep an eye out here for details.