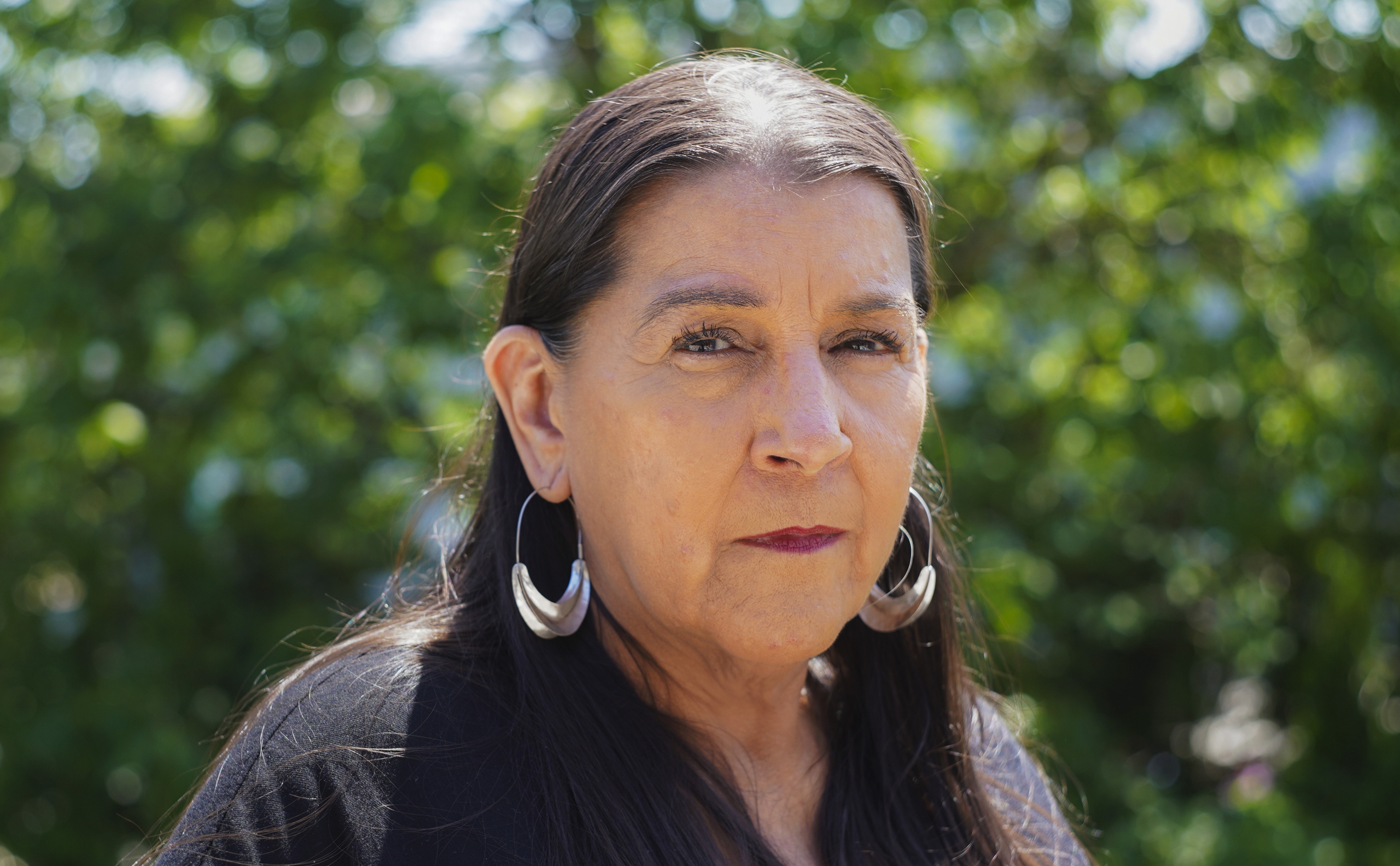 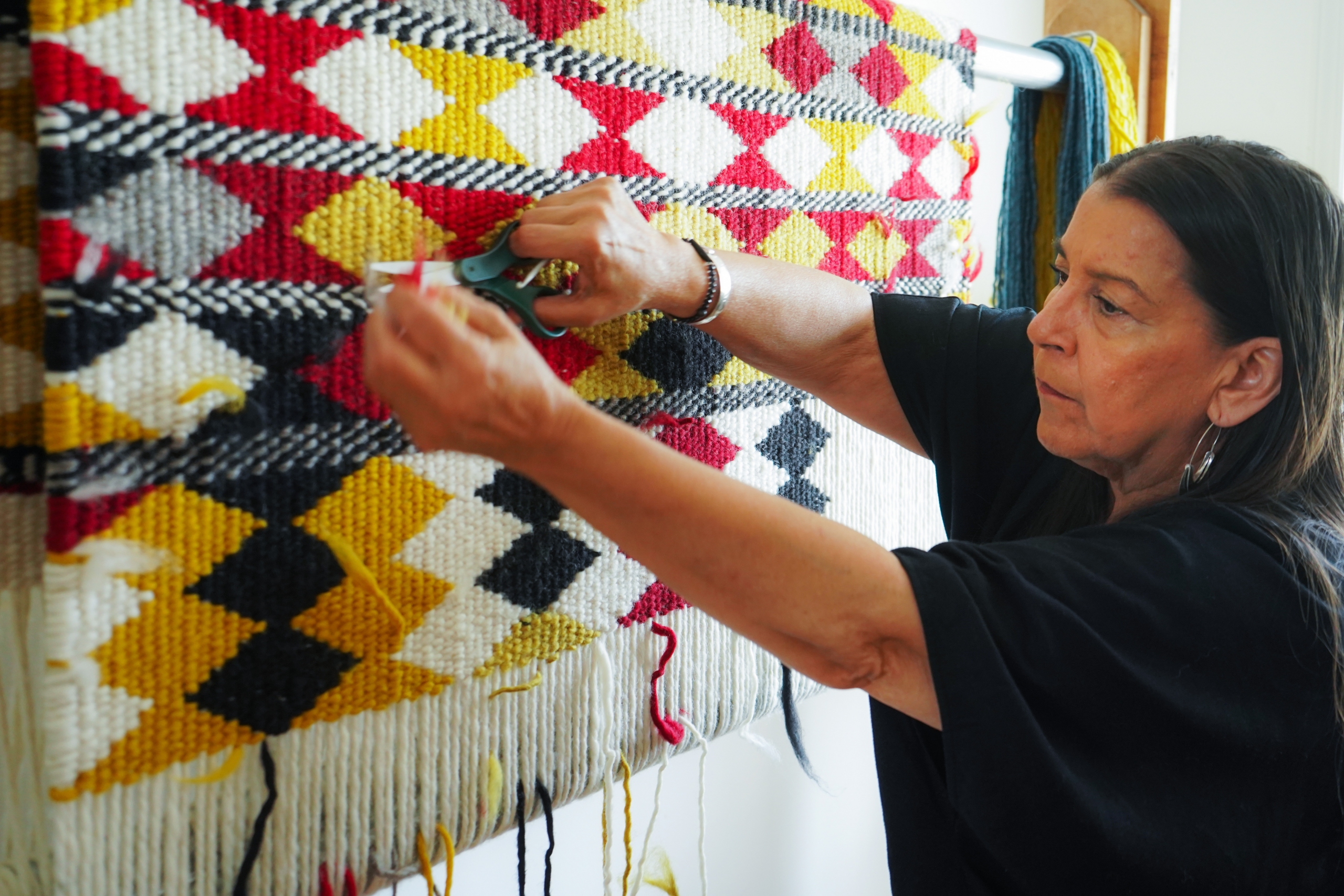 Debra Sparrow has been deeply involved with the revival of Musqueam weaving for over 30 years, and has many years of study, trial, and learning directly from the work of her ancestors. Her work has been collected and exhibited nationally and internationally including The University of British Columbia, The Canadian Museum of History (previously Civilization), The Royal BC Museum, The Vancouver International Airport (YVR Collections), the Burke Museum (Seattle), and the Smithsonian. She was the recipient of the BC Creative Achievement Award for First Nations Art in 2008. Most recently, she participated in “The Fabric of Our Land: Salish Weaving” at the Museum of Anthropology both as an exhibitor and as a regular, active weaving demonstrator using a traditional loom from the museum collection.

In addition to her weaving, education has been of equal value to Debra Sparrow. Recognizing weaving has the ability to offer stories of our heritage, it also serves as a traditional form of education to effectively teach us of math, science, history, and philosophy. It has been important for Sparrow to pass on the Salish weaving practice and Musqueam history to the future generations, which led to her involvement in the co-creation of the Musqueam Museum School with the University of British Columbia. Among teaching classes, she also shares her knowledge through public speaking, presentations, and publications (including UNESCO, 2001).