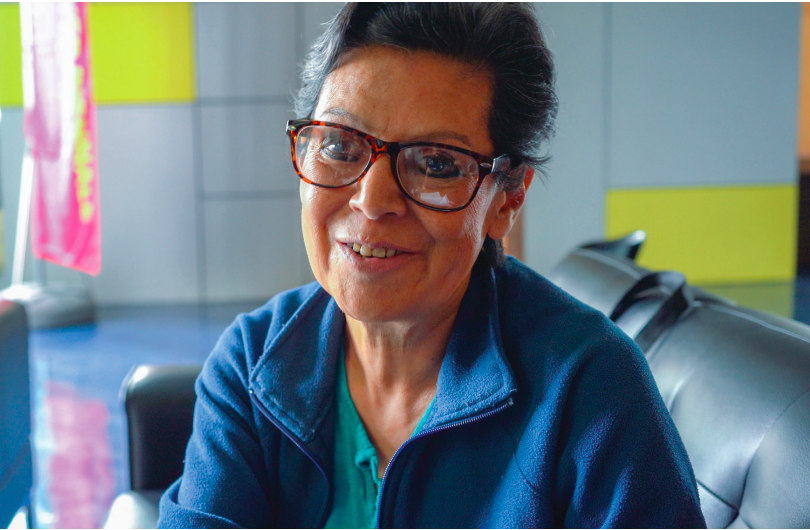 Krista Point is a Coast Salish Weaver of the Musqueam Nation.

In over thirty years of weaving, Krista’s work has been displayed at exhibitions with Susan A. Point (renown Coast Salish Artist) and in places such as Thunder Bay Art Gallery (1989); Montreal (April to May 1989), and Switzerland. Notably, her work has been on display at the YVR Airport, Smithsonian Museum, Museum of Anthropology (University of British Columbia), CBC, and the Bill Reid Foundation. Local showcases include the Planetarium, Expo Site ‘86, the P.N.E., and several local secondary schools. Krista has also taught at the Musqueam Adult Learning Centre, where students learn to split, spin, and dye wool as well as weave.