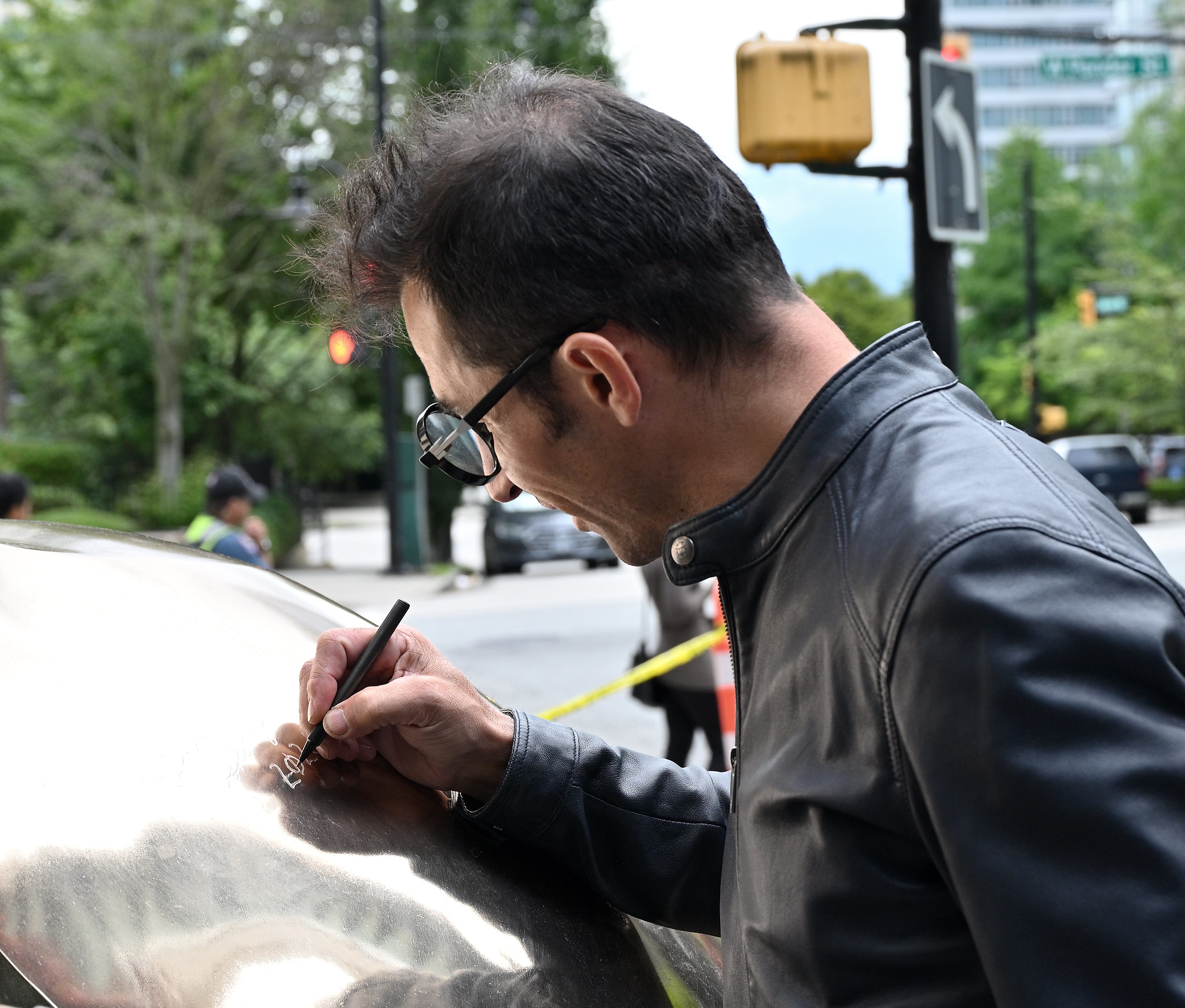 Kambiz Sharif was born in 1978 in Tabriz, Iran. Beginning with his experimentation with line in painting, he felt an instinctual desire to create three-dimensional forms.  After graduating from the Mirak Arts School in Tabriz, Sharif moved to Tehran where he opened a studio and began working in sculpture full-time, using form to express his thoughts and feelings. He opened his own sculptural school in 2001 with classes in clay, wood, stone, and in bronze casting. Sharif immigrated to Vancouver in 2009 and has started a new life, opening an art studio in Maple Ridge. During his years as a practicing artist, he has received many awards and recognitions, including the first-place prize in the Third Tehran Sculpture Biennial in 2002, a diploma in Arts from the Ministry of Arts and Culture in 2003, and the Diploma of Courageous Ideas in Art from the Fourth Tehran Sculpture Biennial in 2004. Sharif is a member of the Institute for the Promotion of Visual Arts in Iran, the Society of Iranian Sculptors in Tehran, the International Sculptors Center and Sculptors’ Society of BC.