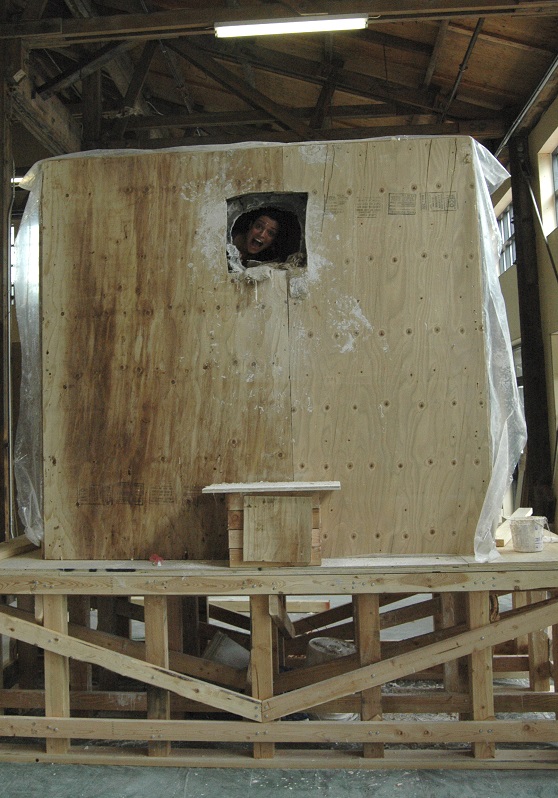 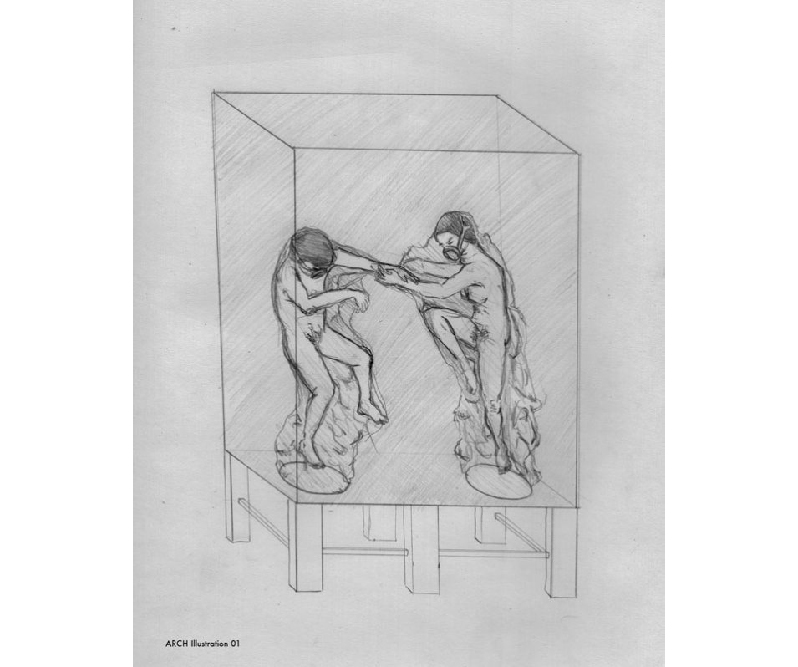 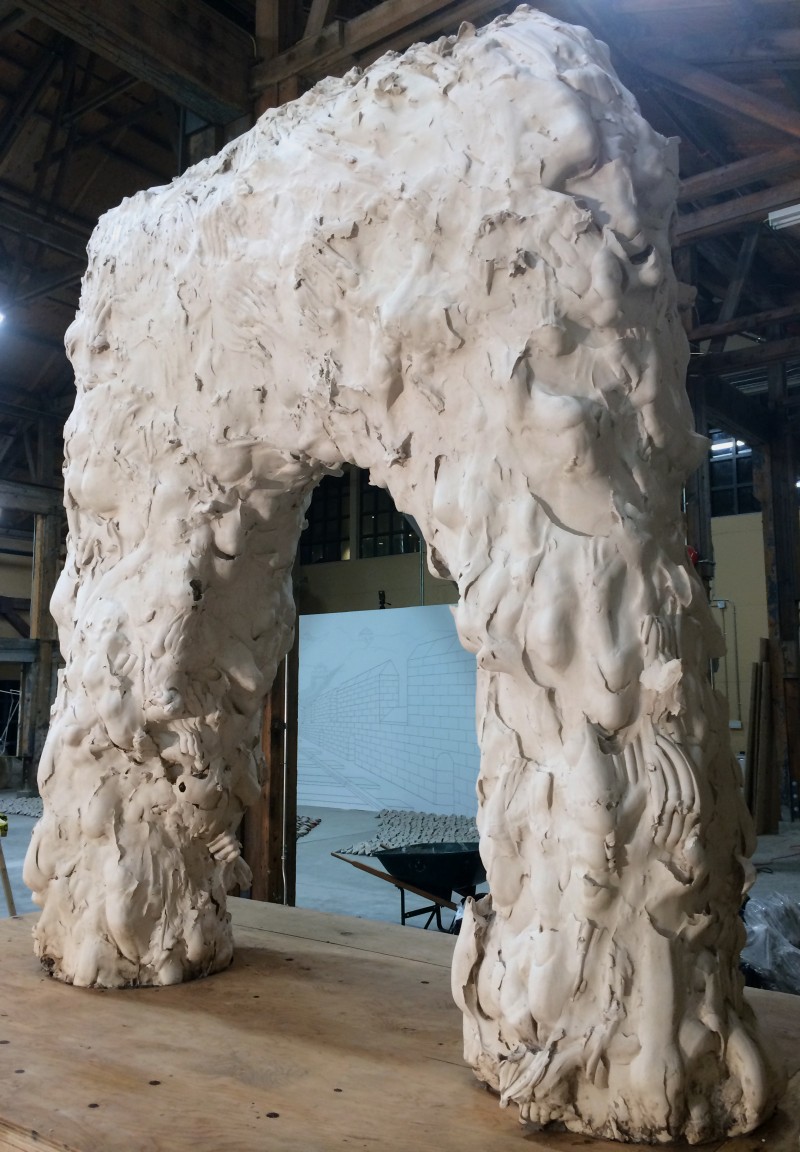 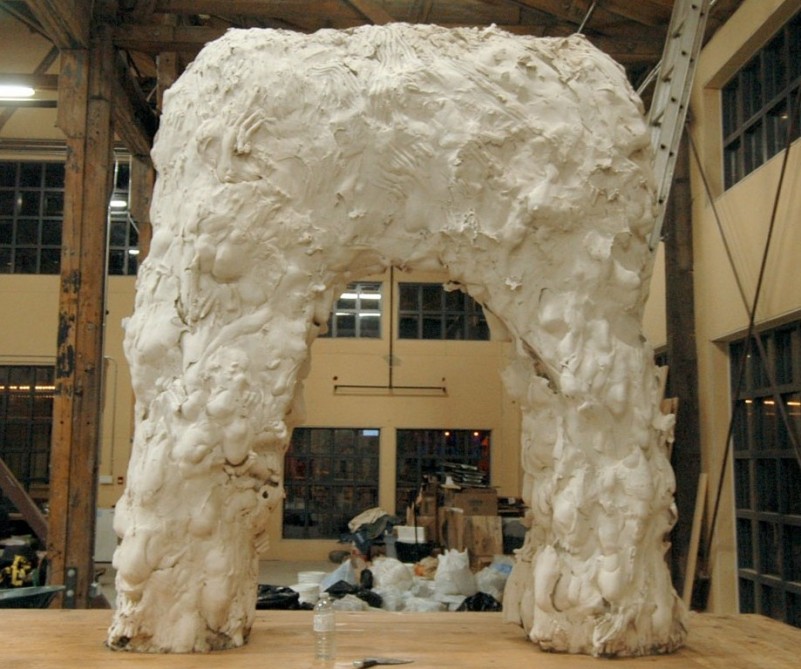 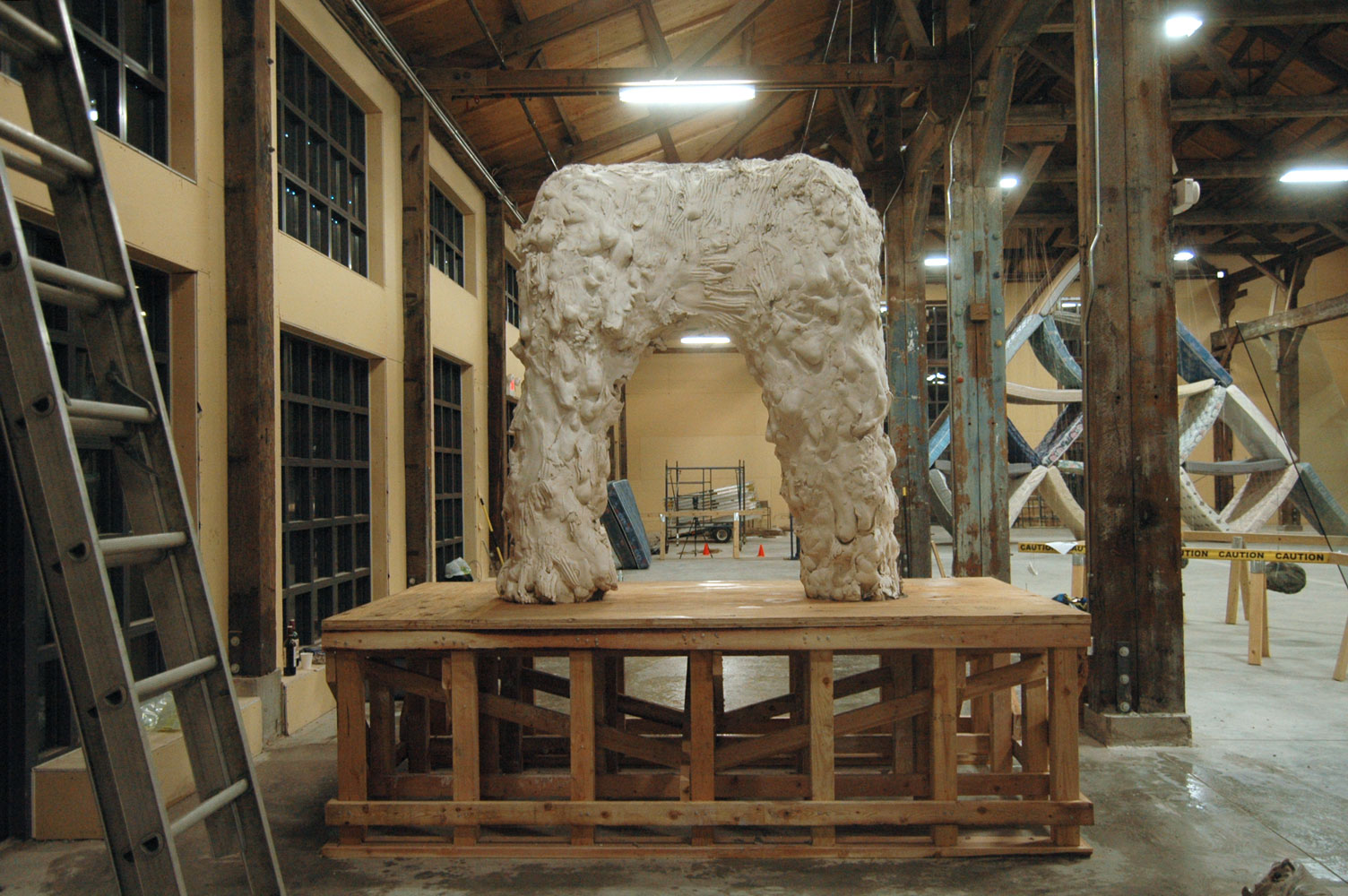 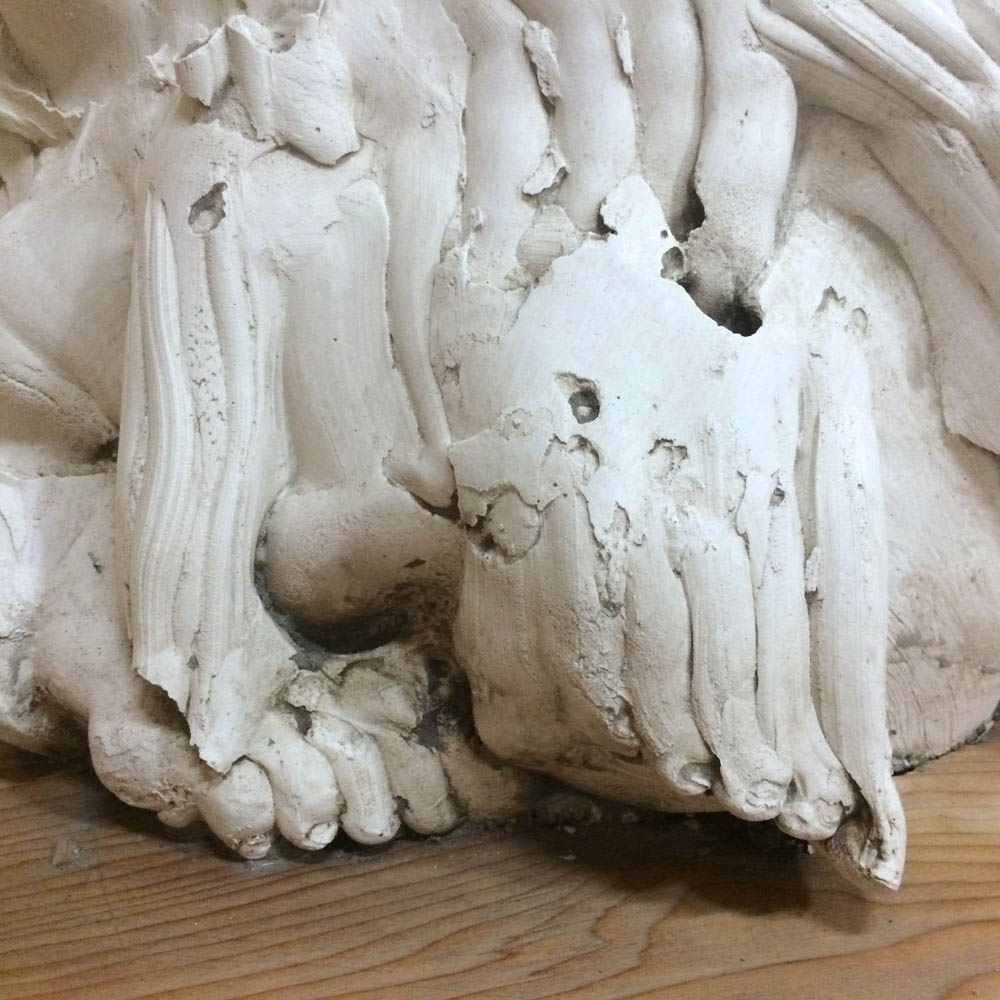 Leite’s sculptures are often made from the inside wherein the artist, while moving through large volumes of clay, creates hollow spaces that she then casts in different materials.

For ∩ [Intersect], a large wooden box was built above the platform where the work was displayed. This box was then filled with 4.5 tons of clay.  Leite and her partner, Roarke Menzies, crawled underneath this platform and entered the clay box through two holes cut into opposite sides of the platform, leading into opposite ends of the box.

Using their hands and feet, both Leite and Menzies dug their way into the wet clay block.  They kept digging until they met in the middle, and then each crossed to the other’s side. As a result, an arch-shaped hollow emerged.  This space was then cast with a non-toxic plaster resin. Once the casting was complete, the wooden box was opened to reveal the block of clay.  As the clay was removed, the sculpture was revealed for the first time.

The work’s surface documented the movements of both artists as they moved upward and then forward through the clay.  The arched form revealed the space occupied by both their bodies and the textures made by their repeated movements as they worked through solid space. Through Intersect, Leite explored the complexities of process-based sculpture and collaborative work, as she and her partner were “immersed in a shared time and space.”