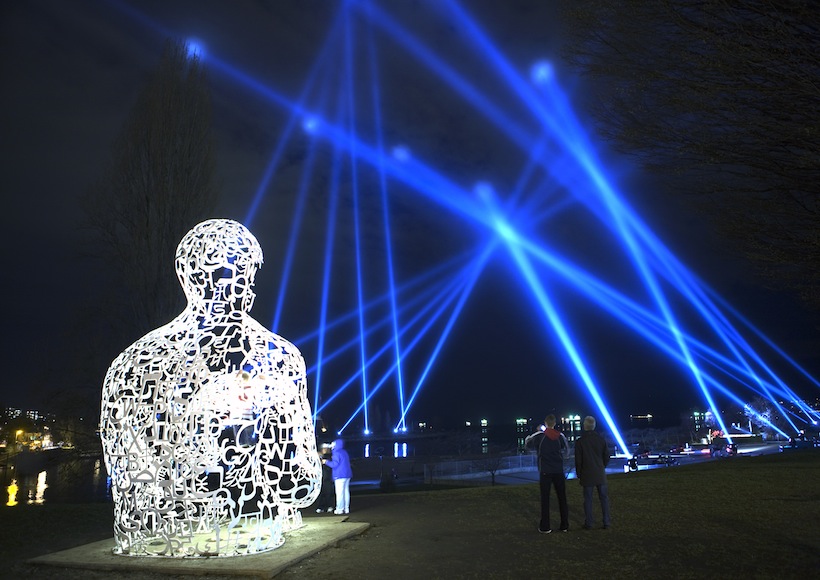 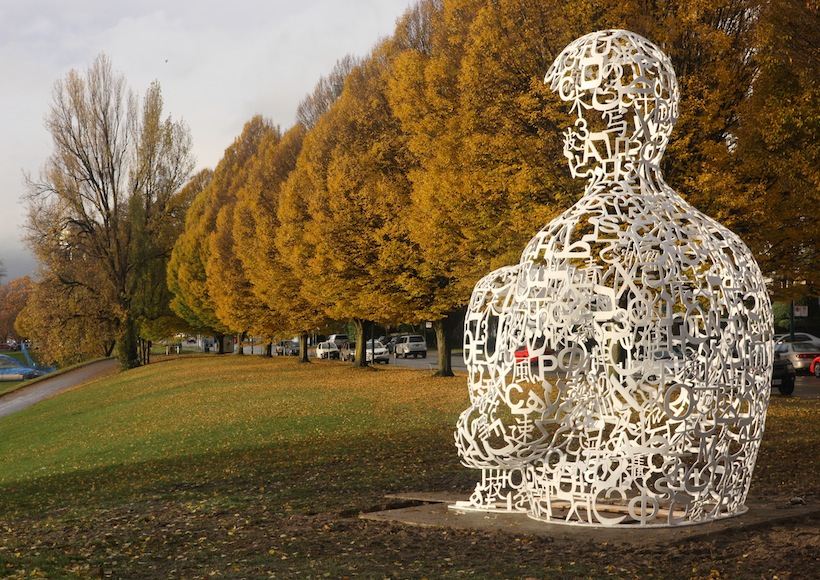 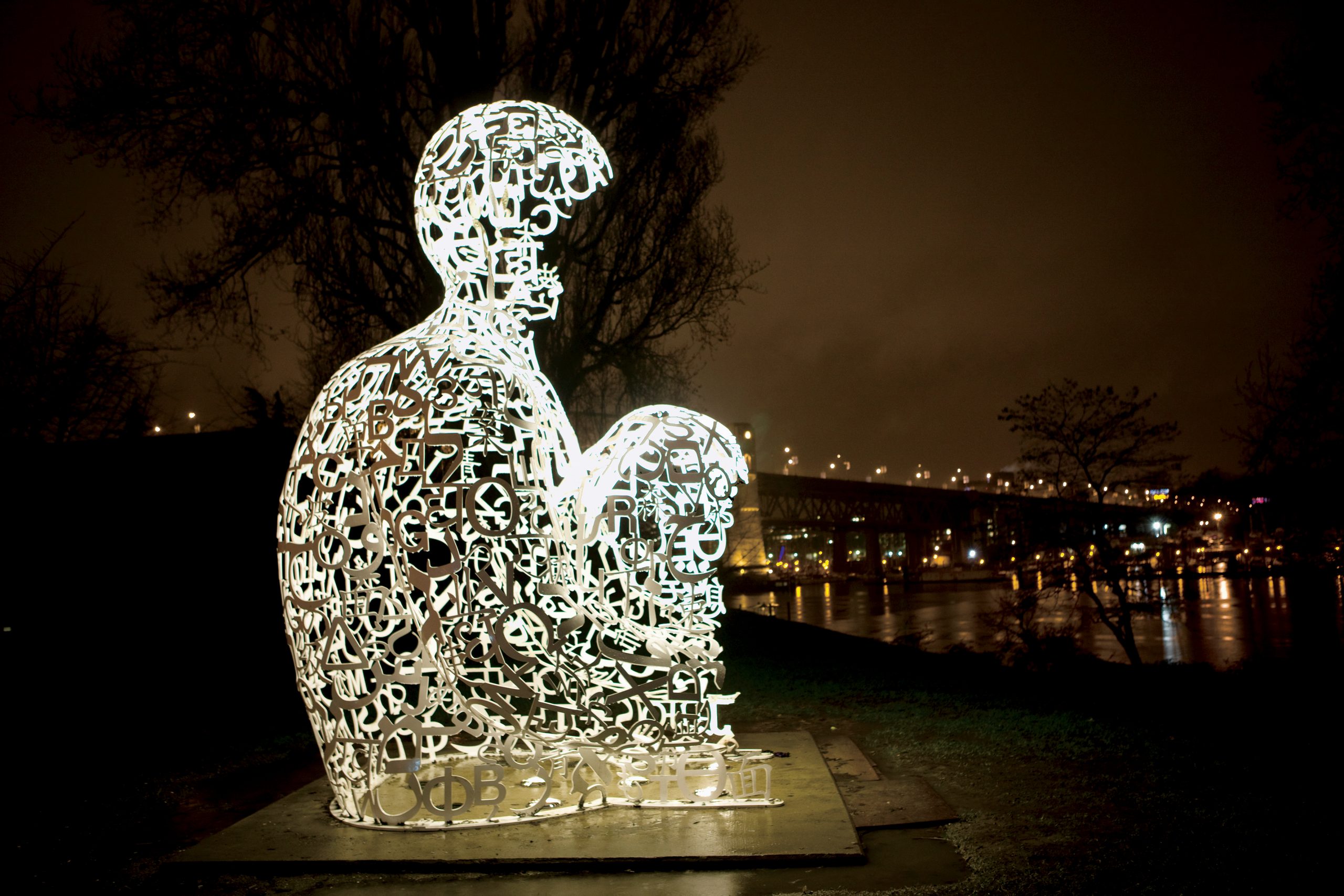 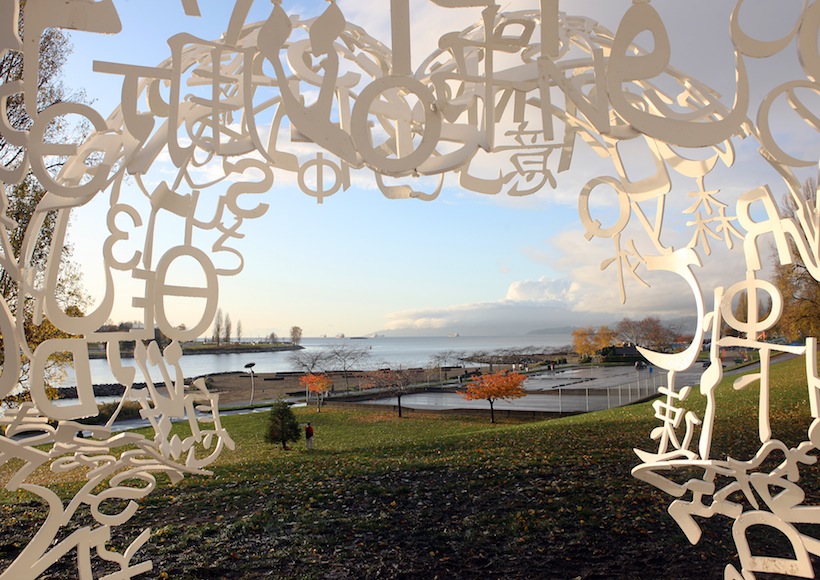 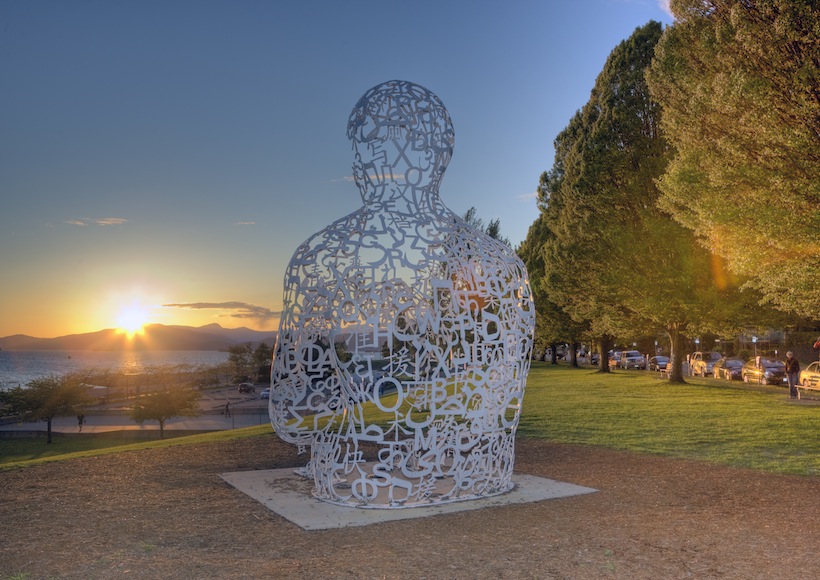 WE, 2008, one of the feature installations in the 2009-2011 Vancouver Biennale, created specifically for the exhibition, celebrates the linguistic diversity of the human race, the interconnectedness of mankind and the multiculturalism of Vancouver. Sitting erect, with knees embraced, this 12 foot tall, larger than life white aluminum figure composed of characters from 8 alphabets including Latin, Russian Cyrillic, Greek, Hebrew, Hindi, Japanese, Arabic and Chinese, commands and invites the viewer to interact and engage with the work and walk within its embracing, womb like form.