Acoustic Anvil: A Small Weight to Forge the Sea 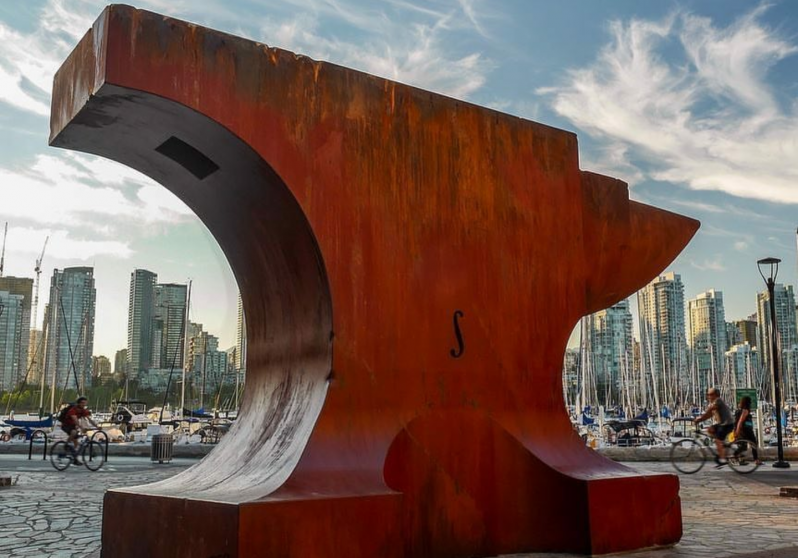 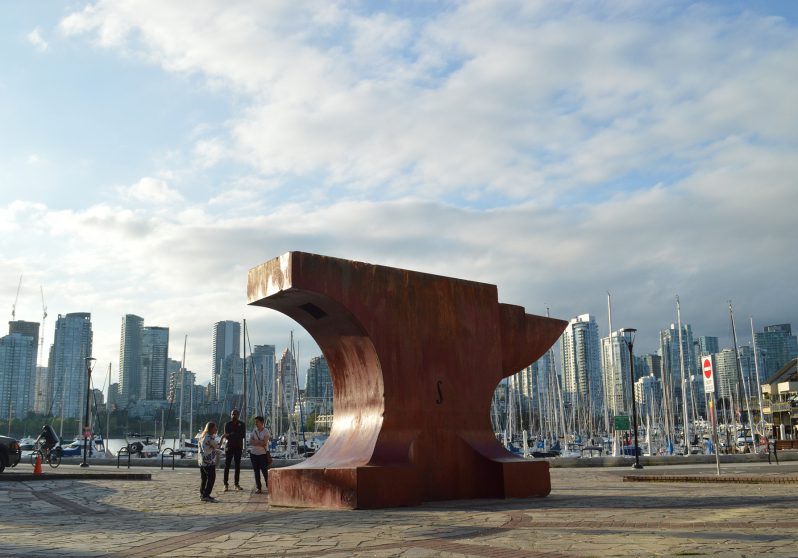 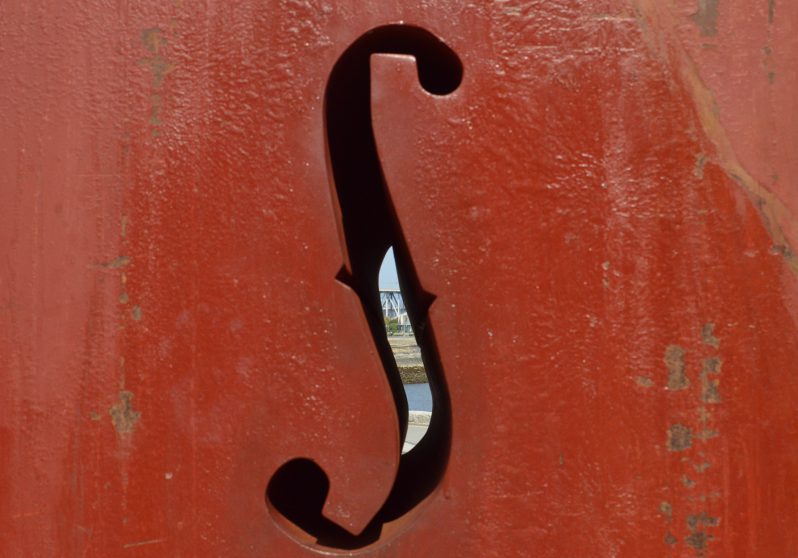 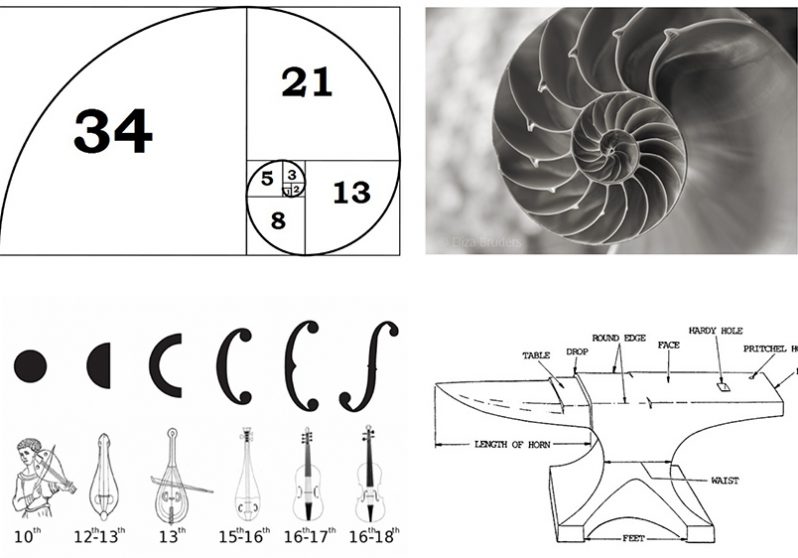 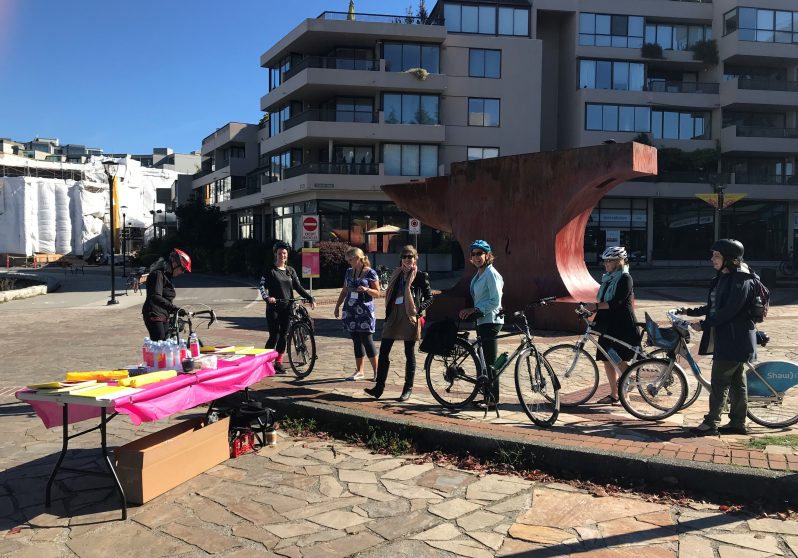 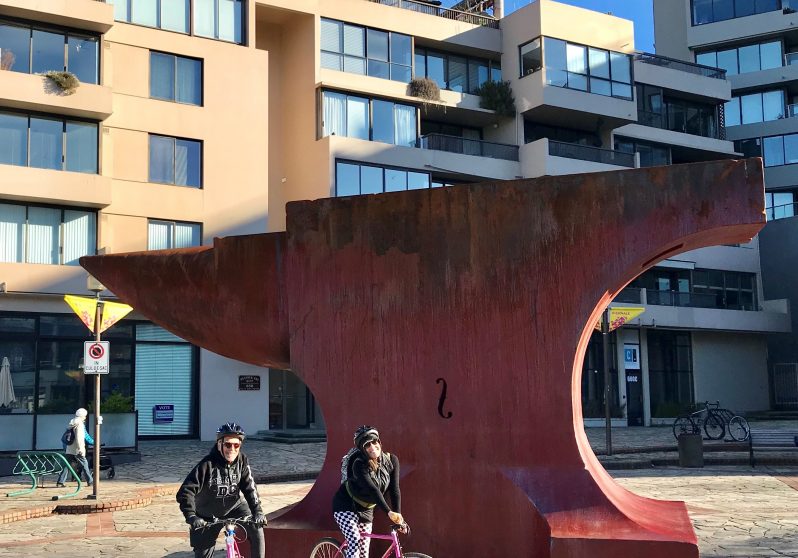 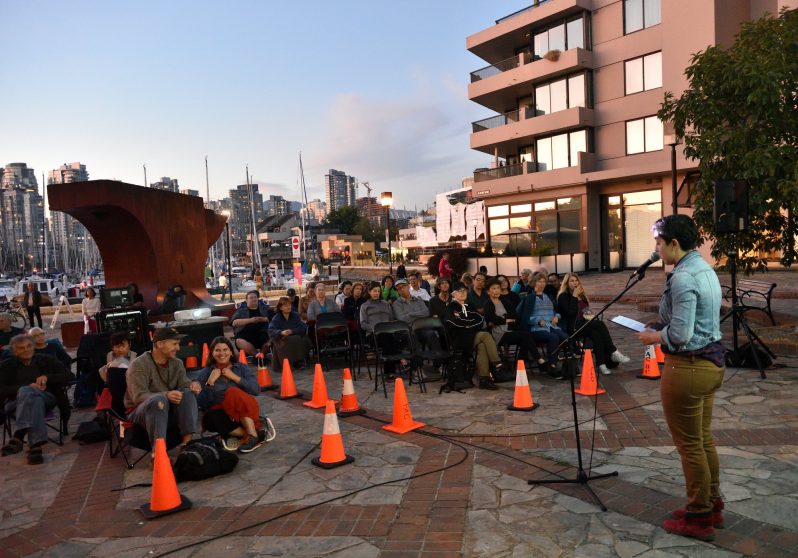 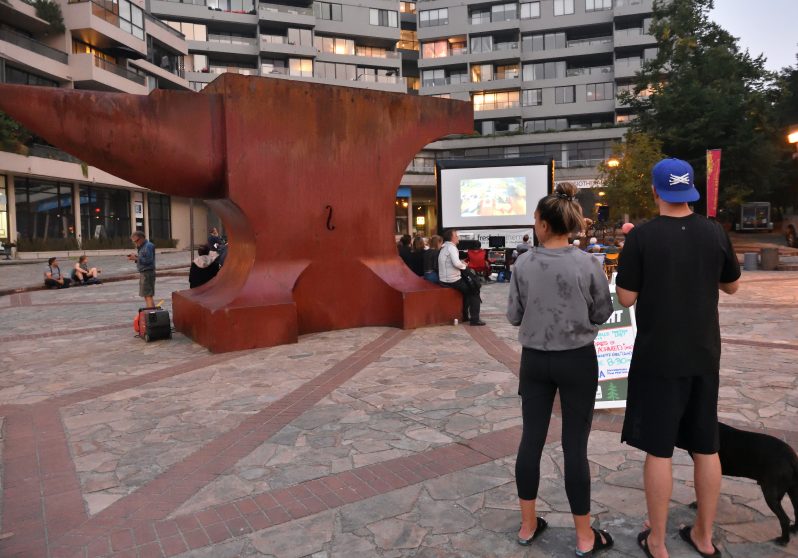 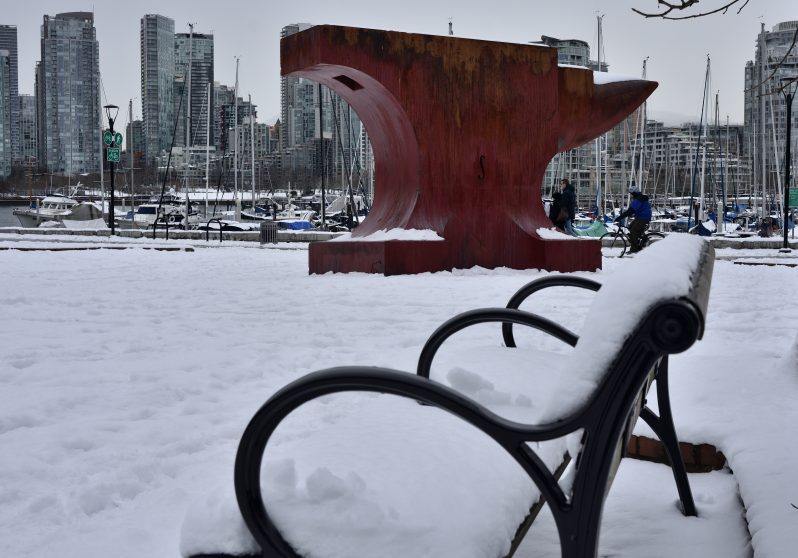 Historically, Leg-In-Boot Square was a place of industry, forges, boat building and stevedores. At one point it housed a police station where a human leg, still trapped in a boot, was displayed in the hope that someone would lay claim — now memorialized in the square’s name, although the leg’s origin was never discovered. The industrial history of False Creek was all but erased in preparation for Expo ’86, the 1986 World’s Fair, and the area was reimagined as a residential project that has now become a model for housing communities around the world. Acoustic Anvil: A Small Weight to Forge the Sea is the physical convergence of both real and imagined histories, relationships, and resonances that mark this seemingly silent site.

Maskull Lasserre states that his work “references the massive tapered hulls of floating ships. It mirrors naval mooring bollards in material and construction, and even hints, formally, at a reddened upturned boot — still stuffed with leg. My hope is to develop a work that does not simply occupy the heavy end of the spectrum, but opens a territory between weight and sound, massive permanence, and the fugitive fragility of an imagined fluid core. The spiral of the nautilus shell, guided by the golden rule, has evolved in such perfect tune with its environment that the sound of the sea persists eternally within it. The evolution of the anvil has refined a geometry that exists in seamless harmony with its purpose, much like a musical instrument. The sound-hole of an instrument shares the same anatomy of curvature as the nautilus shell, so that through the geometry of this void, the sound of the sea might live in an anvil’s solid core.”

The anvil’s form was refined over three thousand years of hot hammered iron, patterns demanded by industry, and the movement of people: swords, shears, shoes. Cut through the anvil’s outwardly solid core, a violin f-hole transforms this familiar object into something more ambiguous. It becomes a tool-turned-instrument where the sound of the sea inhabits its solid mass. Listening to the spiral opening recalls the wonder of turning a conch shell to one’s ear — an invitation to come closer, to experience its scale in relation to the body, and to be rewarded with a secret to share.