A Logo for America 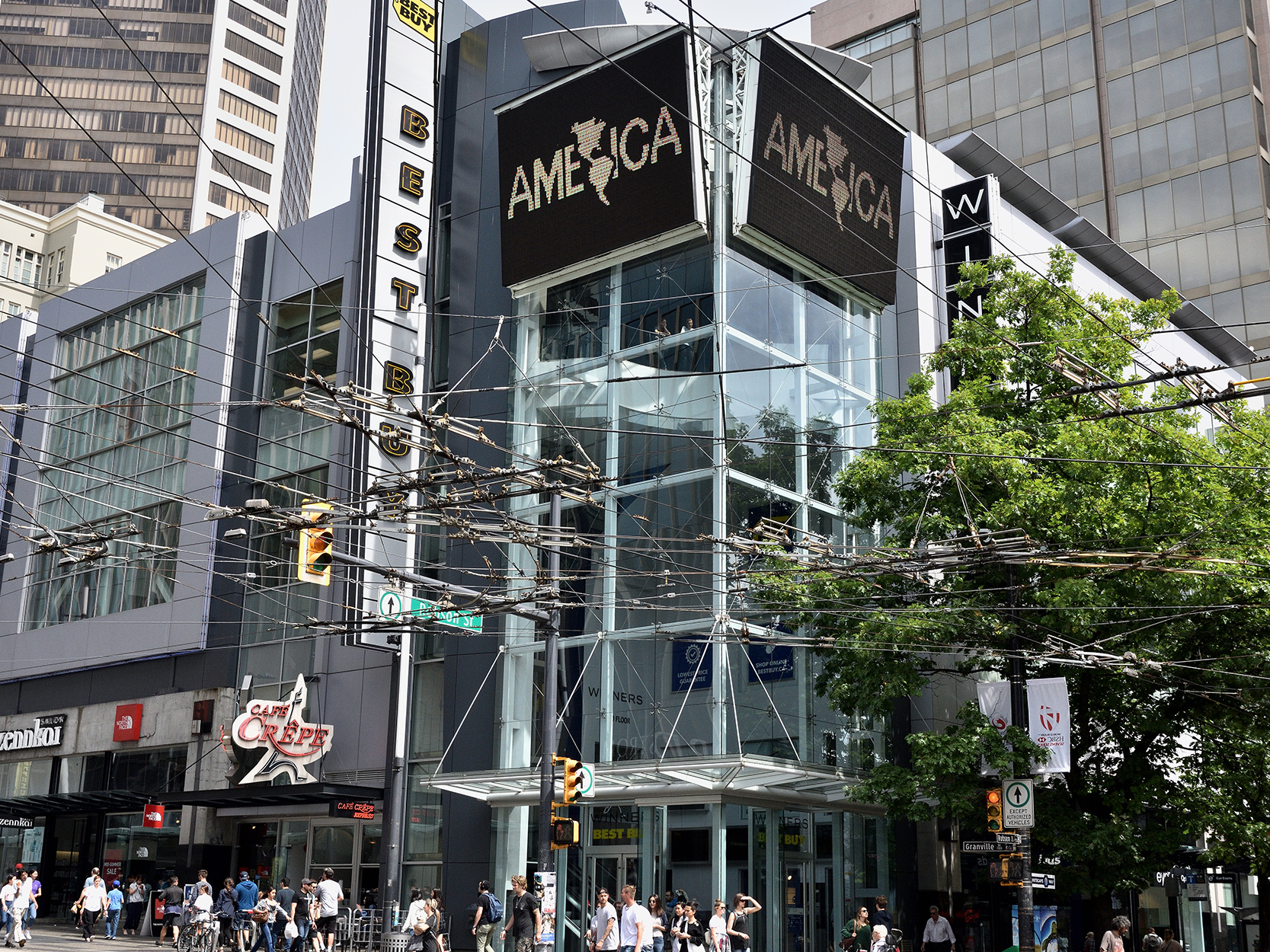 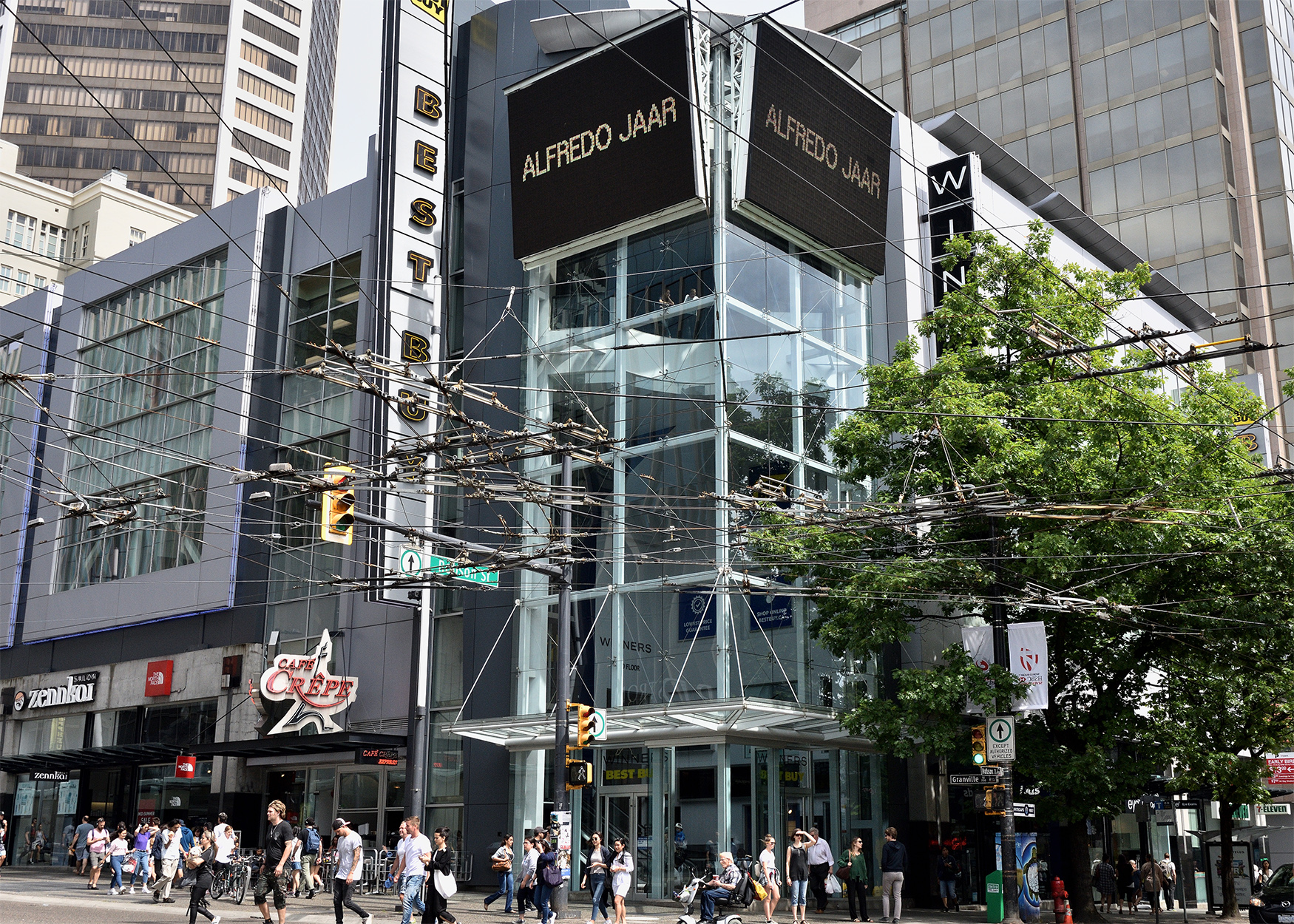 Alfredo Jaar’s A Logo For America (1987/2018) was the first in a series of projects Uslip will curate for the Vancouver Biennale as This is Not America, each exploring various cultural, social and political pressures placed on individuals, the environment and aesthetics in our current cultural climate.

Situated among international brands and markers of global economy in the heart of Vancouver’s growing commercial centre at Robson and Granville Streets, Jaar’s piece invited the passersby to question how their (Canadian, American, international, etc.) identities fit within the city, and how Vancouver situates its own identity. During its installation in downtown Vancouver, A Logo For America (1987/2018) encouraged viewers to focus on the qualities that make societies robust: free speech, inclusivity, empathy, and gender, racial and sexuality equality.

Originally screened in New York City in 1987, Alfredo Jaar’s A Logo For America was conceived as an “electric billboard” situated among the numerous other advertising displays in Times Square. At that time, visual information was blaring and Times Square was bustling with activity: passersby were rushing to and from work, shopping, and hastily en route to their next meeting. Yet, Jaar’s artwork stopped pedestrians in their tracks: images of “AMERICA” suddenly appeared and disappeared, gradually becoming larger and more ominous. Diagrammatic illustrations were deconstructed and superimposed over the larger map of the Americas, and then the words THIS IS NOT AMERICA caused the public to come to a complete halt. America’s national identity was profoundly questioned, confronting viewers with the notion that “THIS IS NOT AMERICA’S FLAG.” Jaar’s poignant and timely critique of America’s self-imposed global patriarchy arrived at the height of Ronald Reagan’s presidency when American capitalism and the AIDS epidemic were rampant and the Iran-Contra Affair signaled national deceit to the world.

At this critical time in the shared global imaginary, the Vancouver Biennale was honoured to exhibit Alfredo Jaar’s profound artwork with a renewed message: in order to tackle the prevailing shared issues of our time, we must “re-IMAGE-n” a celebration of our commonalities and reject isolationism and ethnocentrism.