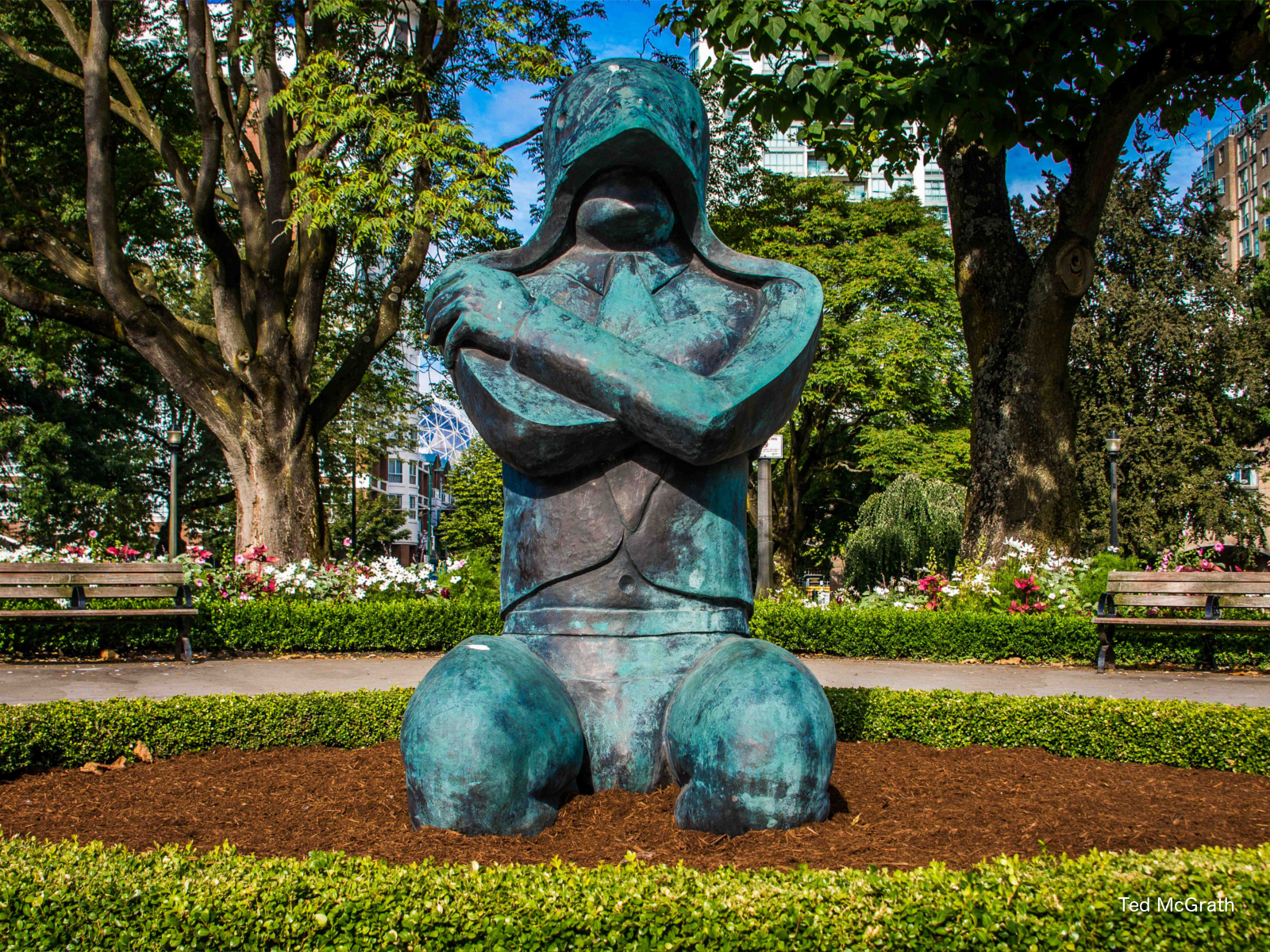 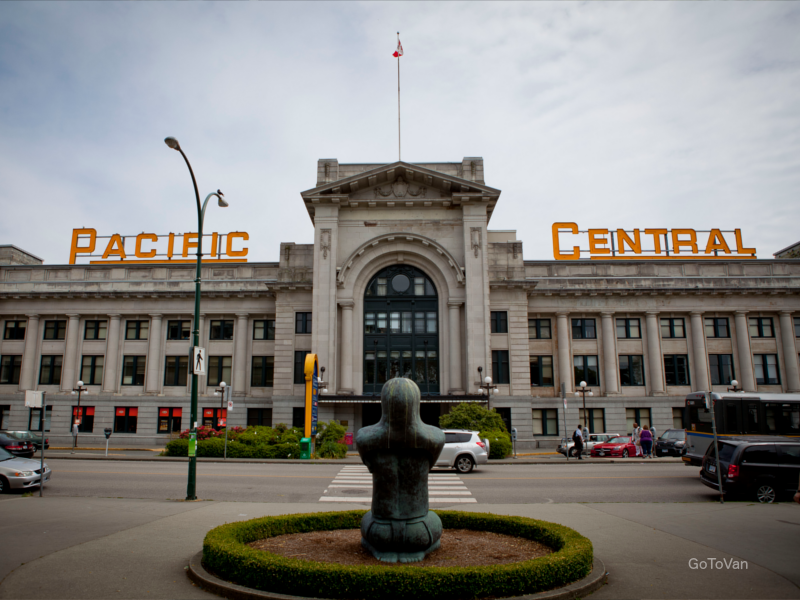 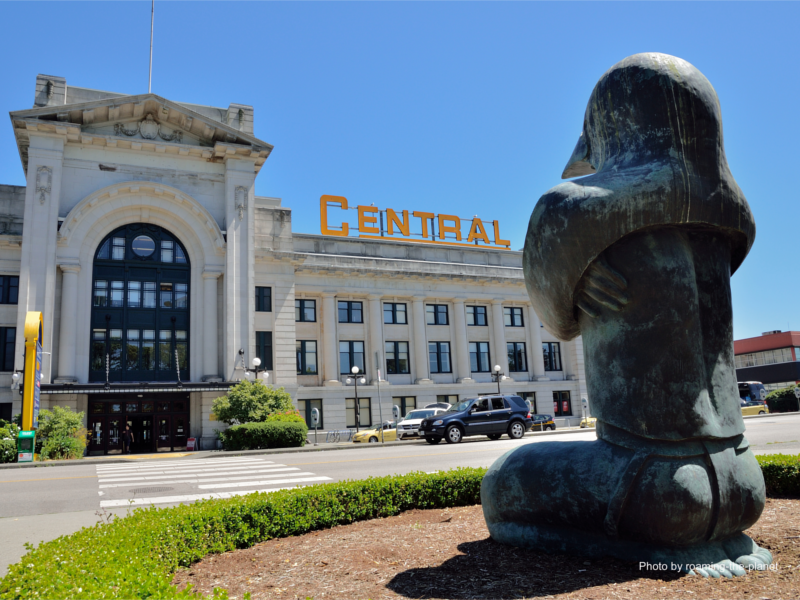 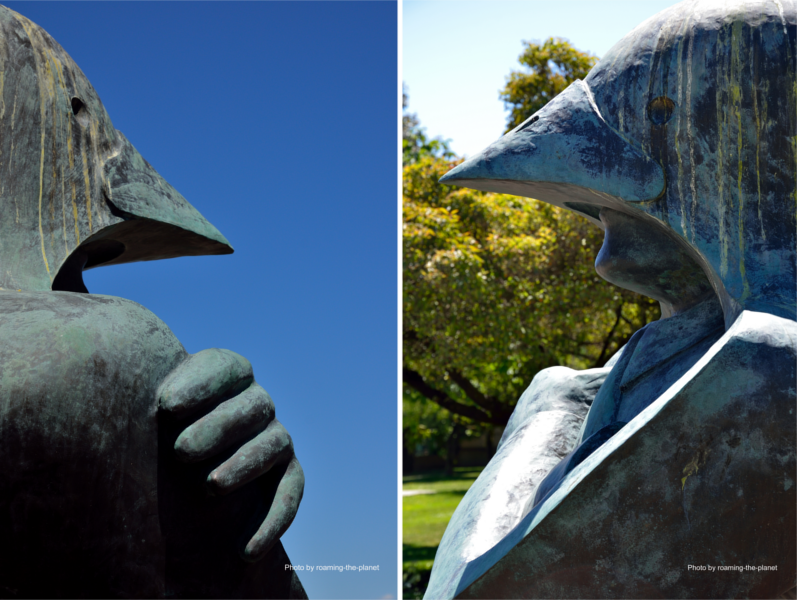 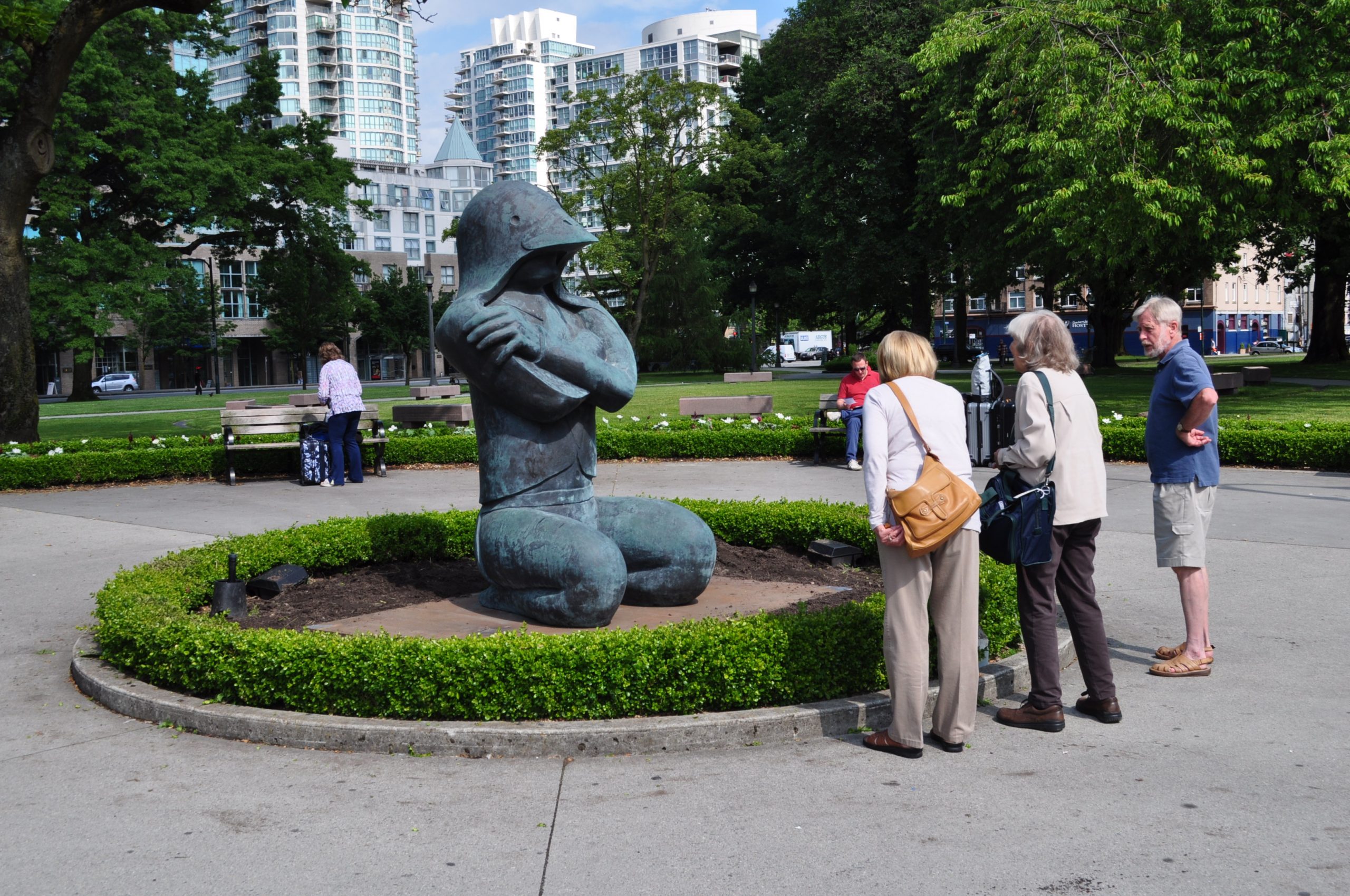 Over the course of Ivan Eyre’s celebrated career, he returned time and again to certain graphic motifs, a visual shorthand through which he explored deeply personal notions of self and identity. Central among these motifs was The Birdman, a figure Eyre studied through “scores of drawn self-portraits with bird headdresses [which] became regular subjects in the studio.”

Translating this figure into three-dimensional form represented a significant conceptual leap for Eyre, who had first garnered critical acclaim as a painter.

Standing 2.4 metres high, this rendering of a man cloaked in the visage of a bird offered a towering welcome to visitors to Thornton Park. During his five-decade career Eyre had always drawn deeply from legend and archetype, and, indeed, his uneasy sculptural union of man and beast–which was one of the first major works installed as part of the Vancouver Biennale’s 2014-2016 Open Air Museum exhibition–harkened back to timeless mythological creatures, as well as to the great bronzes of antiquity and more recent masterworks of abstraction.