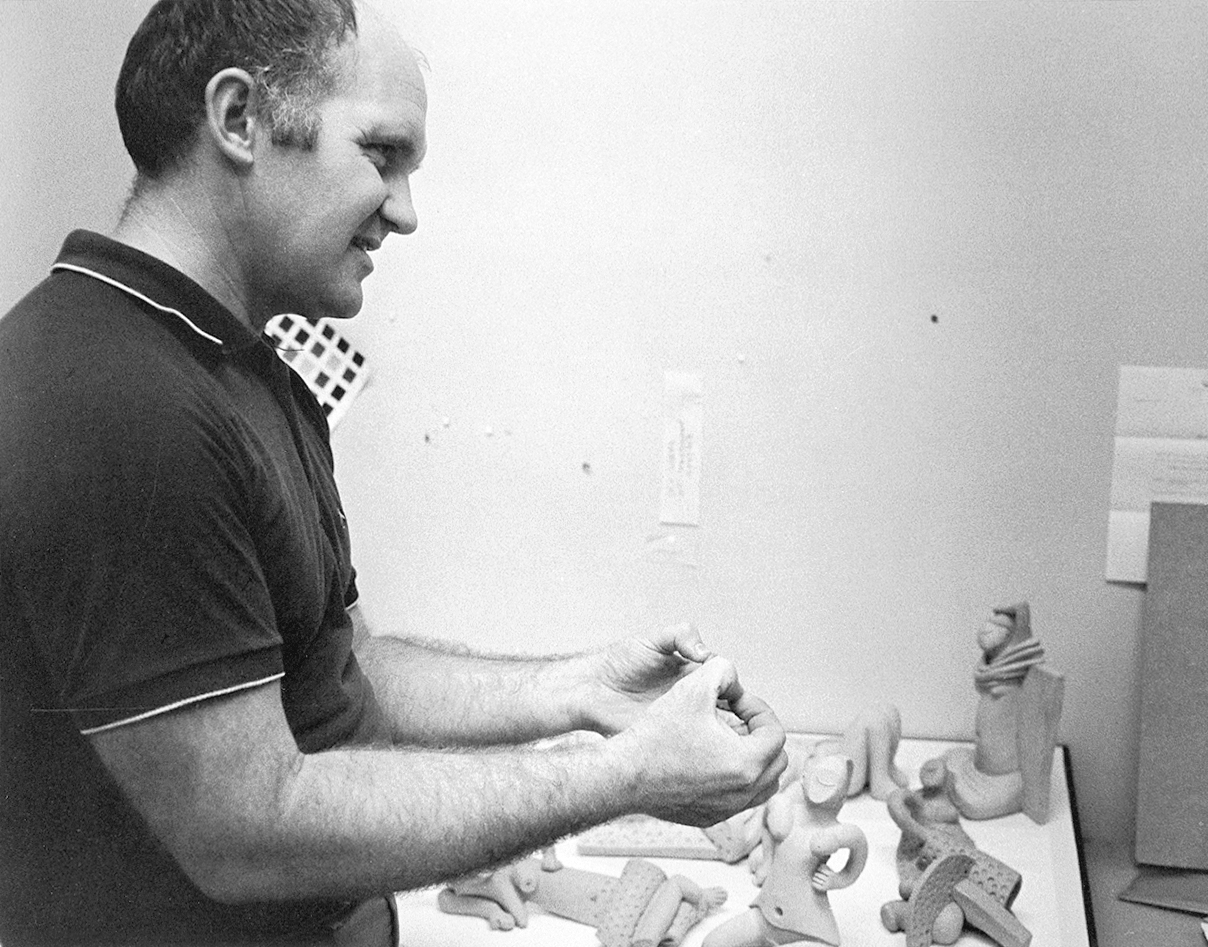 Ivan Kenneth Eyre (1935-2022) was born in Tullymet, Saskatchewan. While in high school in Saskatoon, he was mentored by Ernest Lindner and Eli Bornstein. In 1953, Eyre moved to Winnipeg and four years later graduated with a Bachelor of Fine Art from the University of Manitoba. In 1958–59, while at the University of North Dakota in Grand Forks, North Dakota, he pursued graduate studies and taught as a graduate assistant.

In 1959, Eyre returned to Winnipeg to accept a part-time appointment at the University of Manitoba’s School of Art. In 1960, he became a full-time instructor, a position he held until his retirement in 1992.

Eyre was elected a member of the Royal Canadian Academy in 1974 and subsequently received the Queen’s Silver and Gold Jubilee medals, the University of Manitoba Alumni Jubilee award, and the Order of Manitoba.

In 1998, the Pavilion Museum was opened in Assiniboine Park in Winnipeg where the entire third floor was dedicated as the Ivan Eyre Gallery. Eyre gifted 200 paintings, 5000 drawings and 16 sculptures to the museum.

In 2010, the McMichael Canadian Art Collection in Kleinburg, Ontario unveiled a sculpture garden consisting of 9 of Eyre’s large-scale bronze sculptures.

Eyre’s artwork has been exhibited in more than 65 solo and 250 group exhibitions across Canada and around the world. Over 33 museums and galleries have exhibited some 420 paintings and over 3000 works on paper.

His works have been acquired by numerous public, private, and corporate art collections throughout Canada. Institutions exhibiting Eyre’s artwork include the National Gallery of Canada in Ottawa, the 49th Parallel Gallery in New York City, the Frankfurter Kunstkabinett in Frankfurt, the Canadian Cultural Centre in Paris, and Canada House in London.