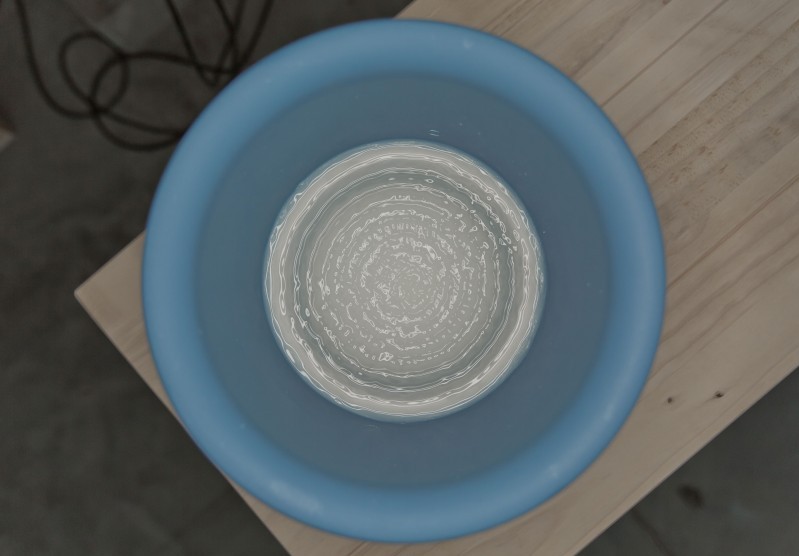 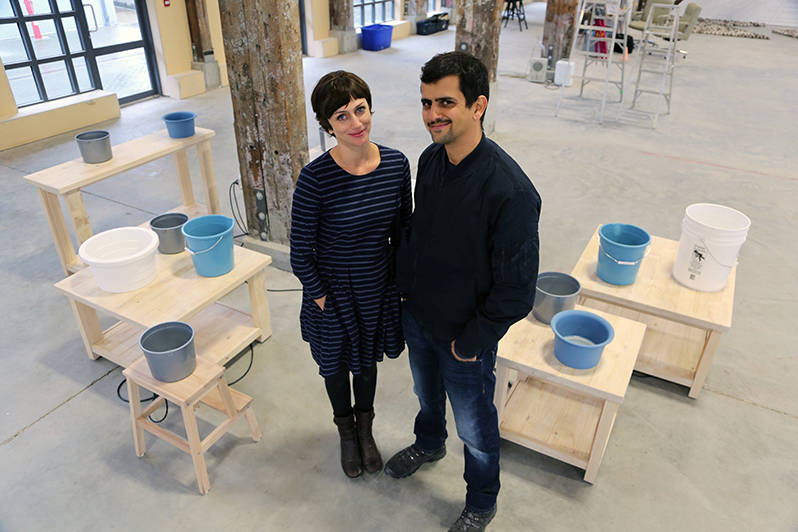 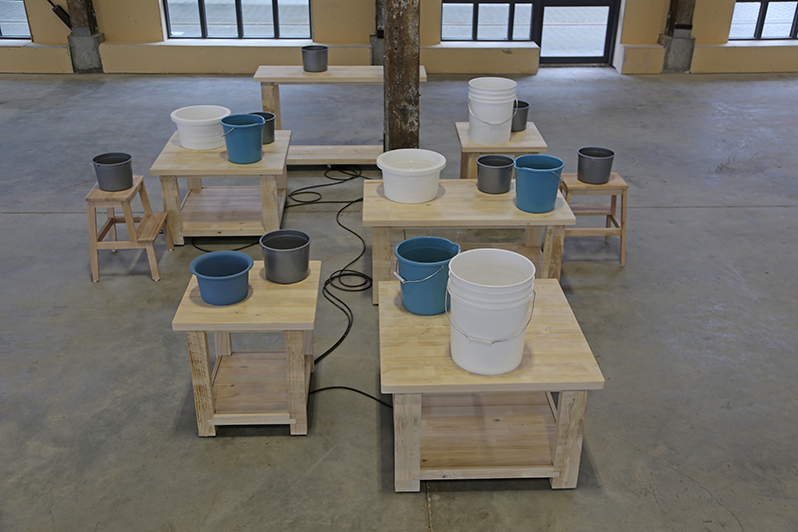 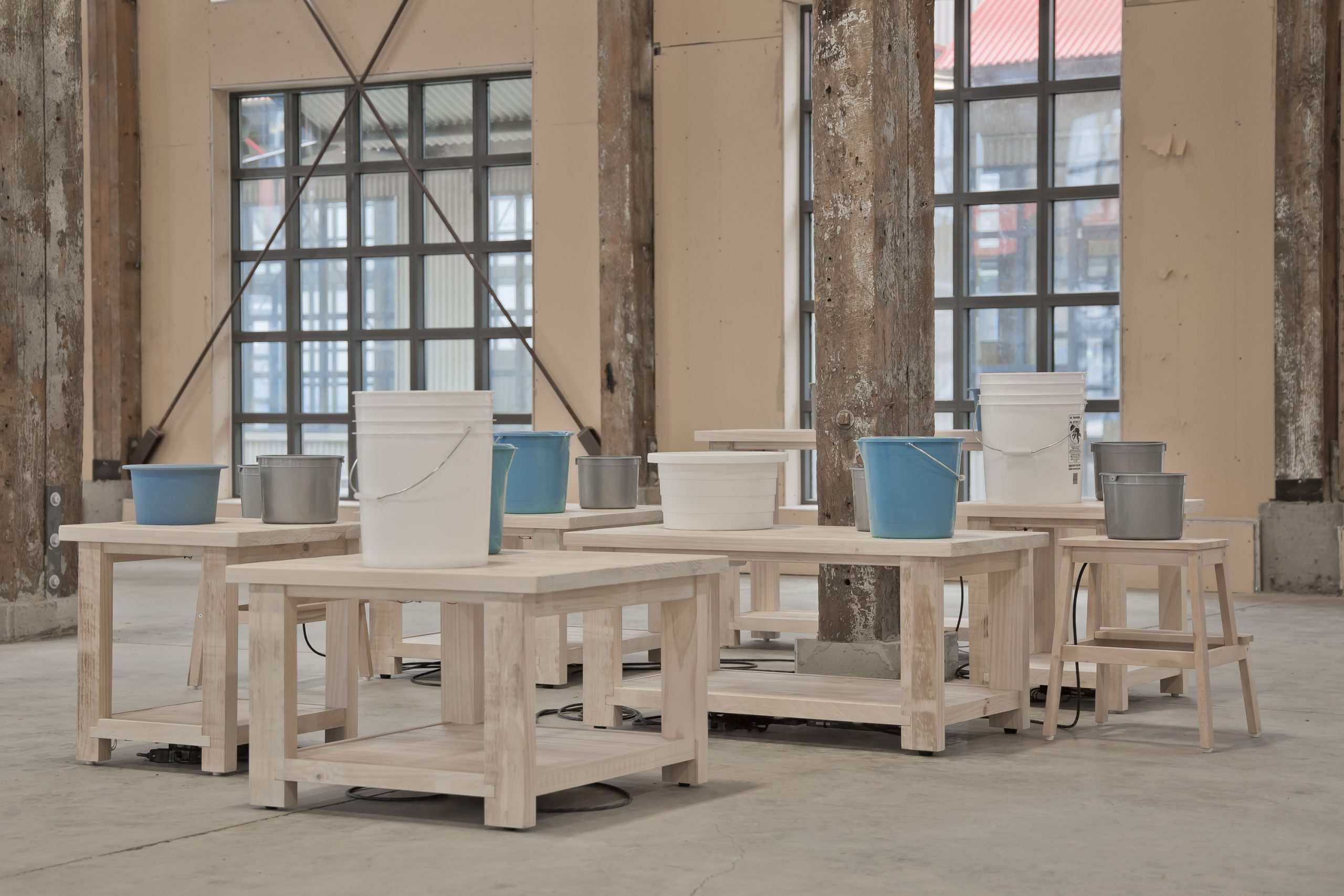 Chora Chuva was a project based on the figurative definition of crossroads:

A point in a story or drama when a conflict reaches its highest tension and must be resolved.

A crisis situation or point in time when a critical decision must be made. A crucial point. Turning point.

Chora Chuva—literally translated as “crying rain”—emerged from Motta and Lima’s interest in Vancouver’s climate, and its impact on the local lifestyle.  Buckets half-filled with water vibrated, recreating the visual of water droplets, while hidden speakers emitted the soft and familiar sound of rainfall.

In staging this indoor shower, the artists invited Vancouverites to experience rainfall through a fresh perspective.  For their installation Motta and Lima recreated a situation where rain invaded an indoor area, where what is usually kept on the outside invaded the internal domain, the International Pavilion space.  During their residency, Motta and Lima, whose own conception of rain was informed by the rainforests of Brazil, declared rain to be “a phenomenon with poetic potential we have always been interested in addressing.”

In Chora Chuva, rain was characterized as a condition of transformation and transition, where the idea of bringing rain into an interior space was evoked by the visual and sonic reference of the water droplets.