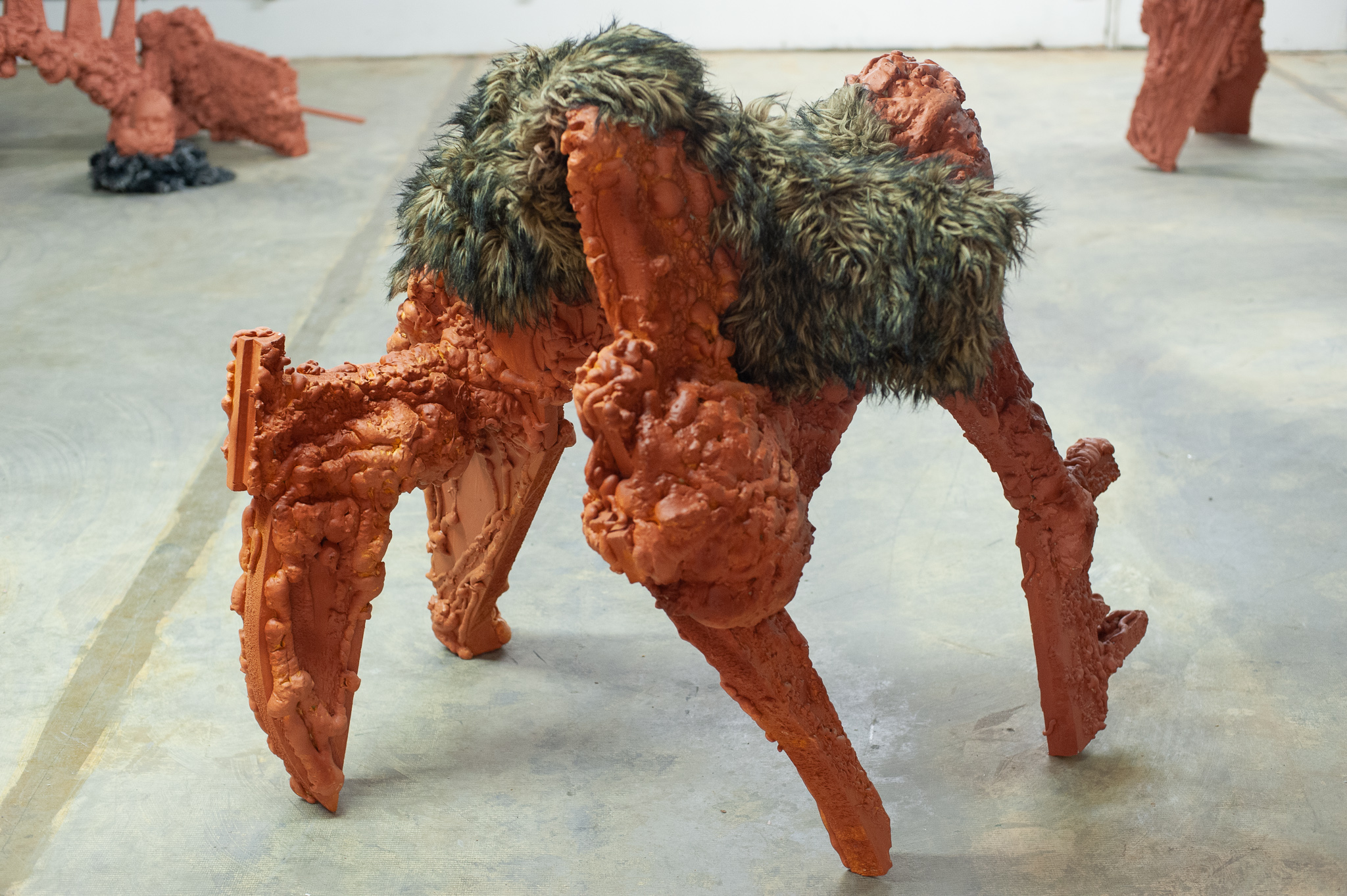 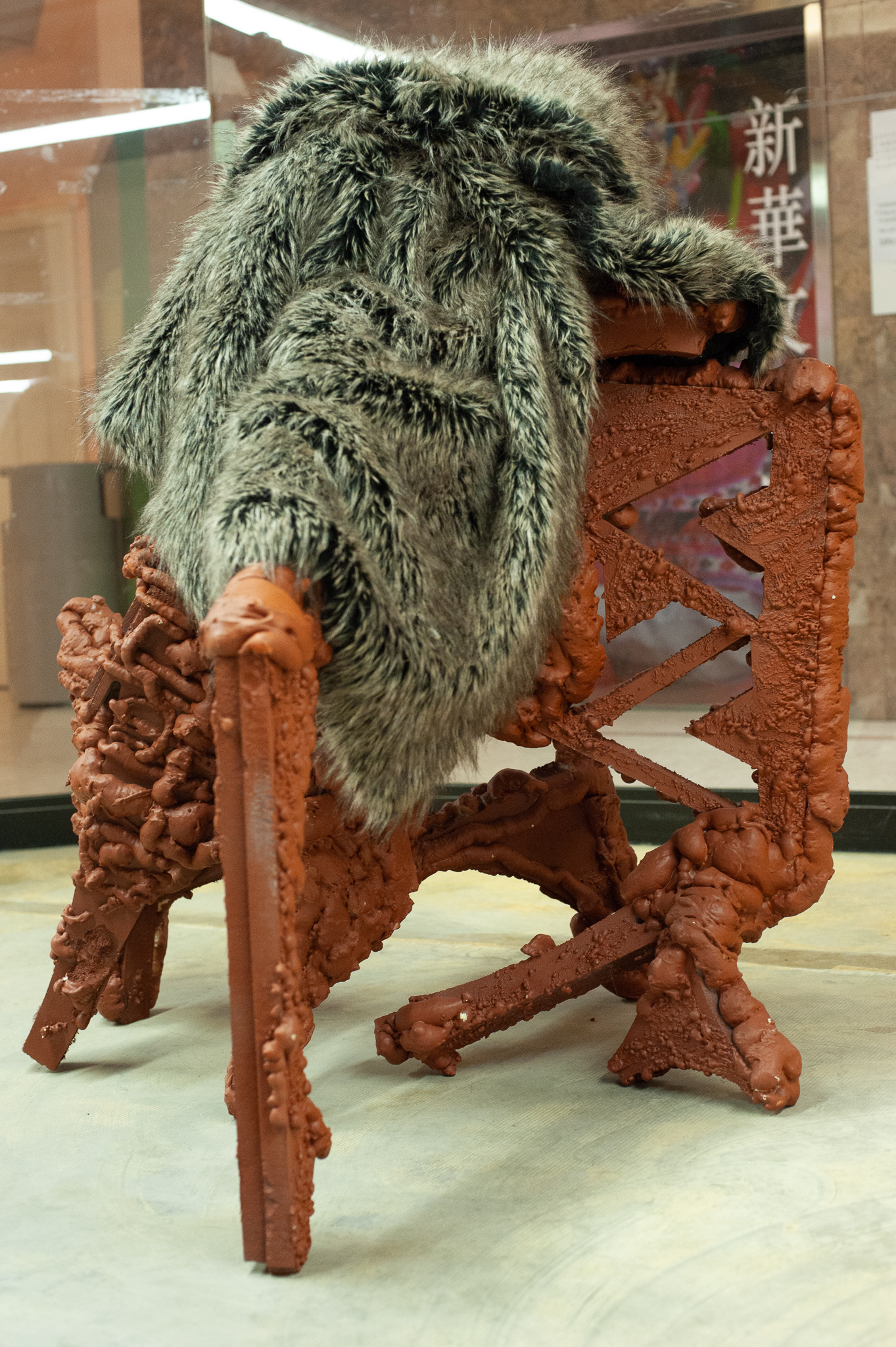 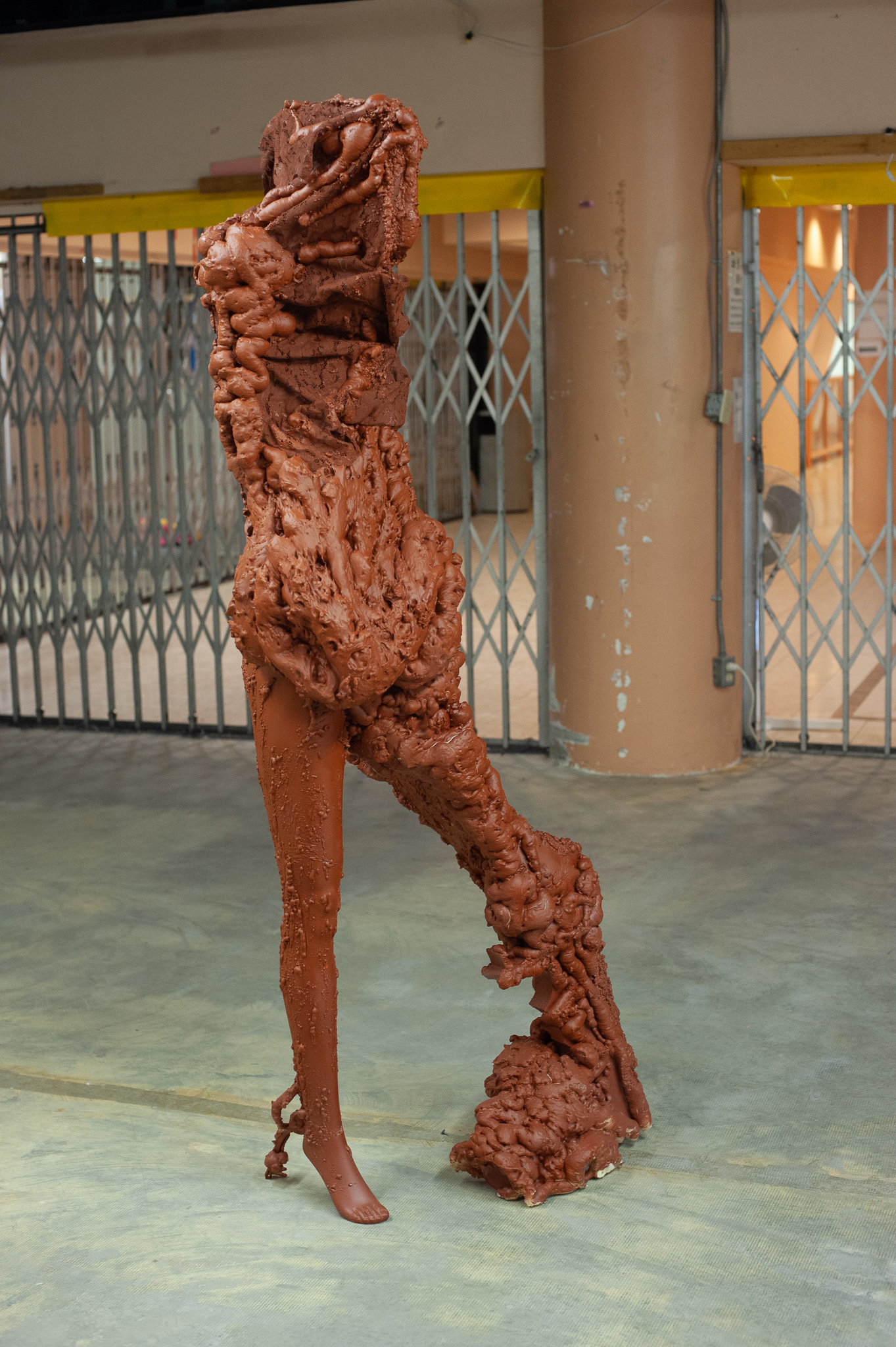 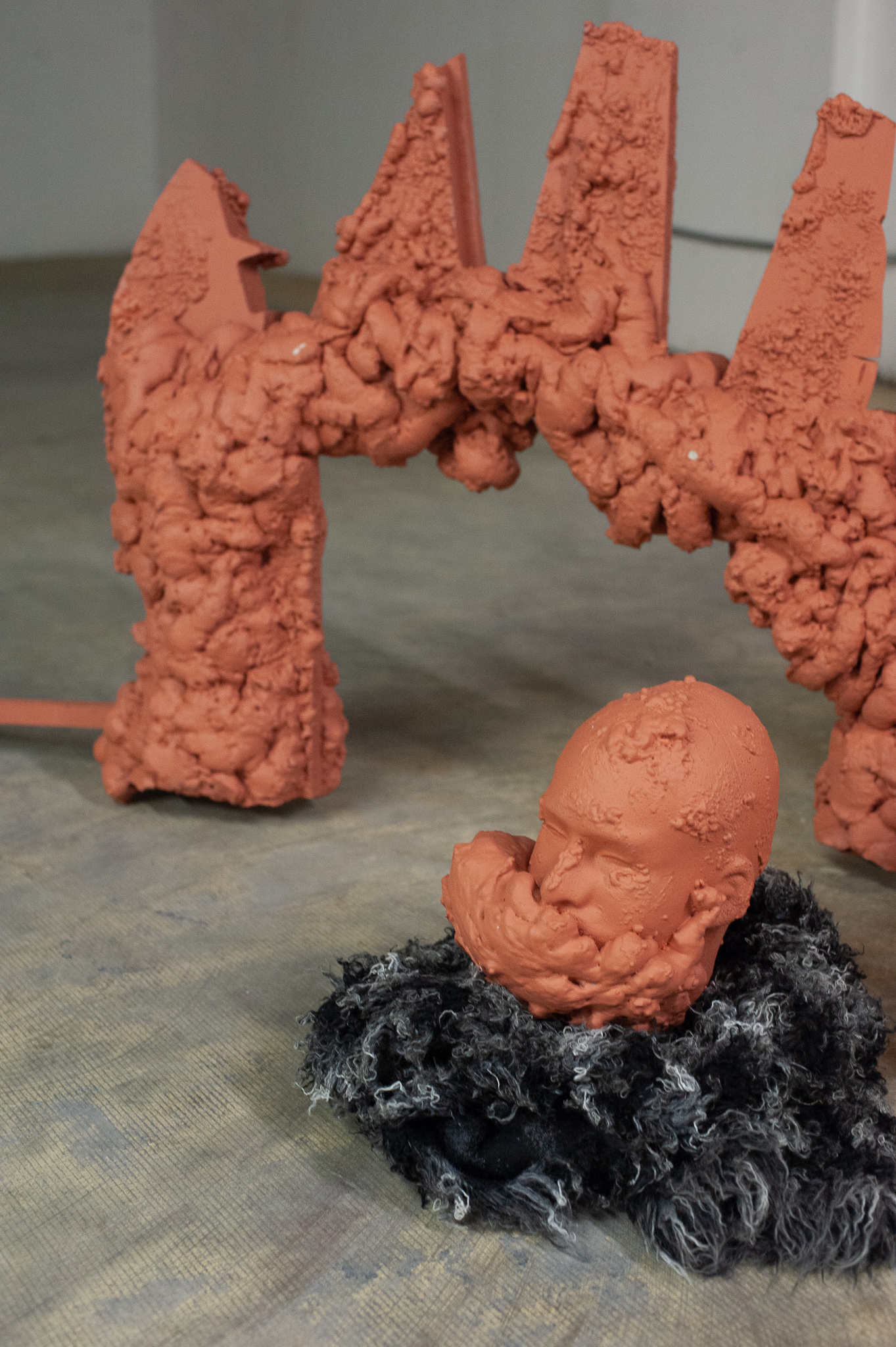 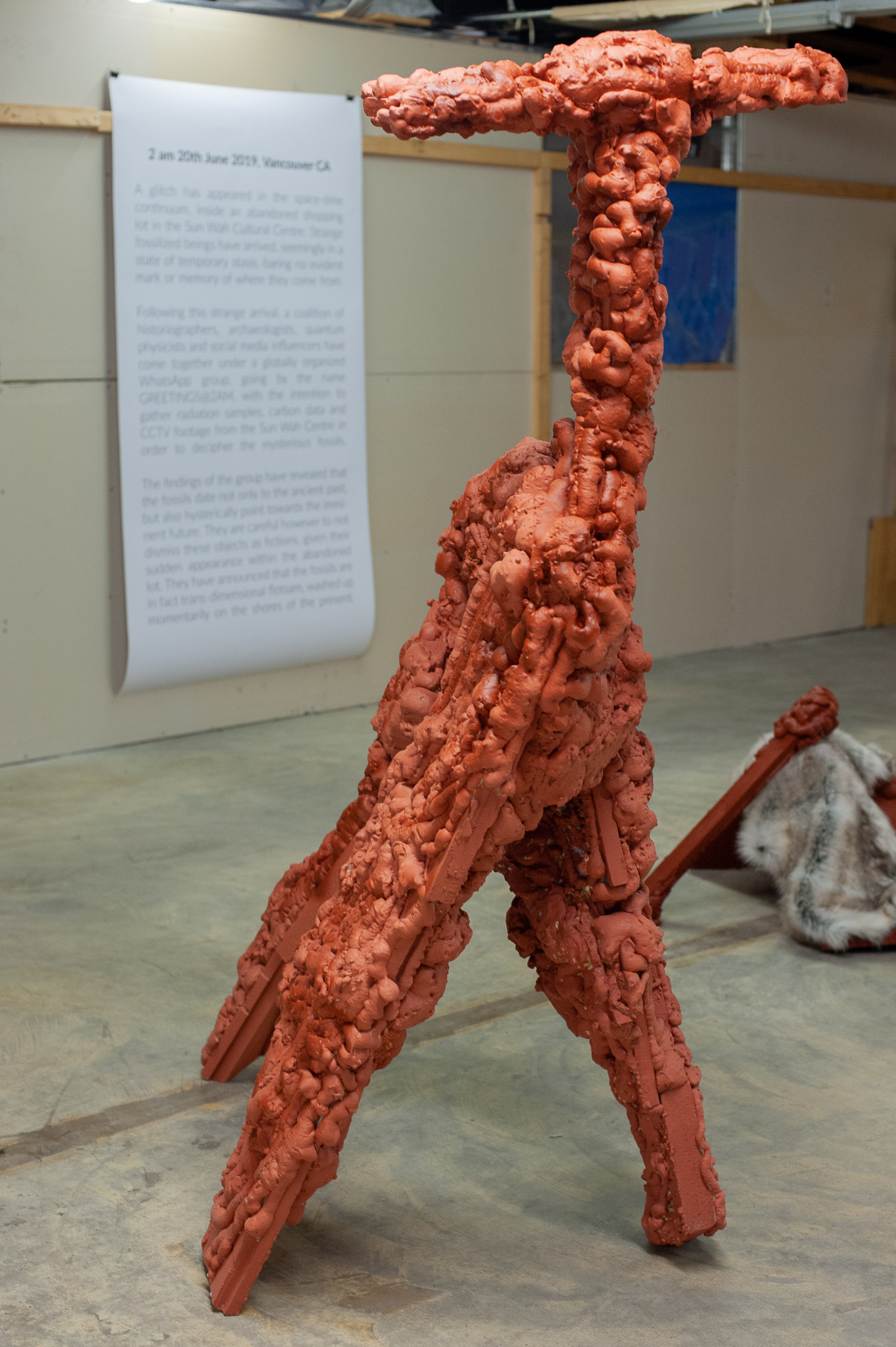 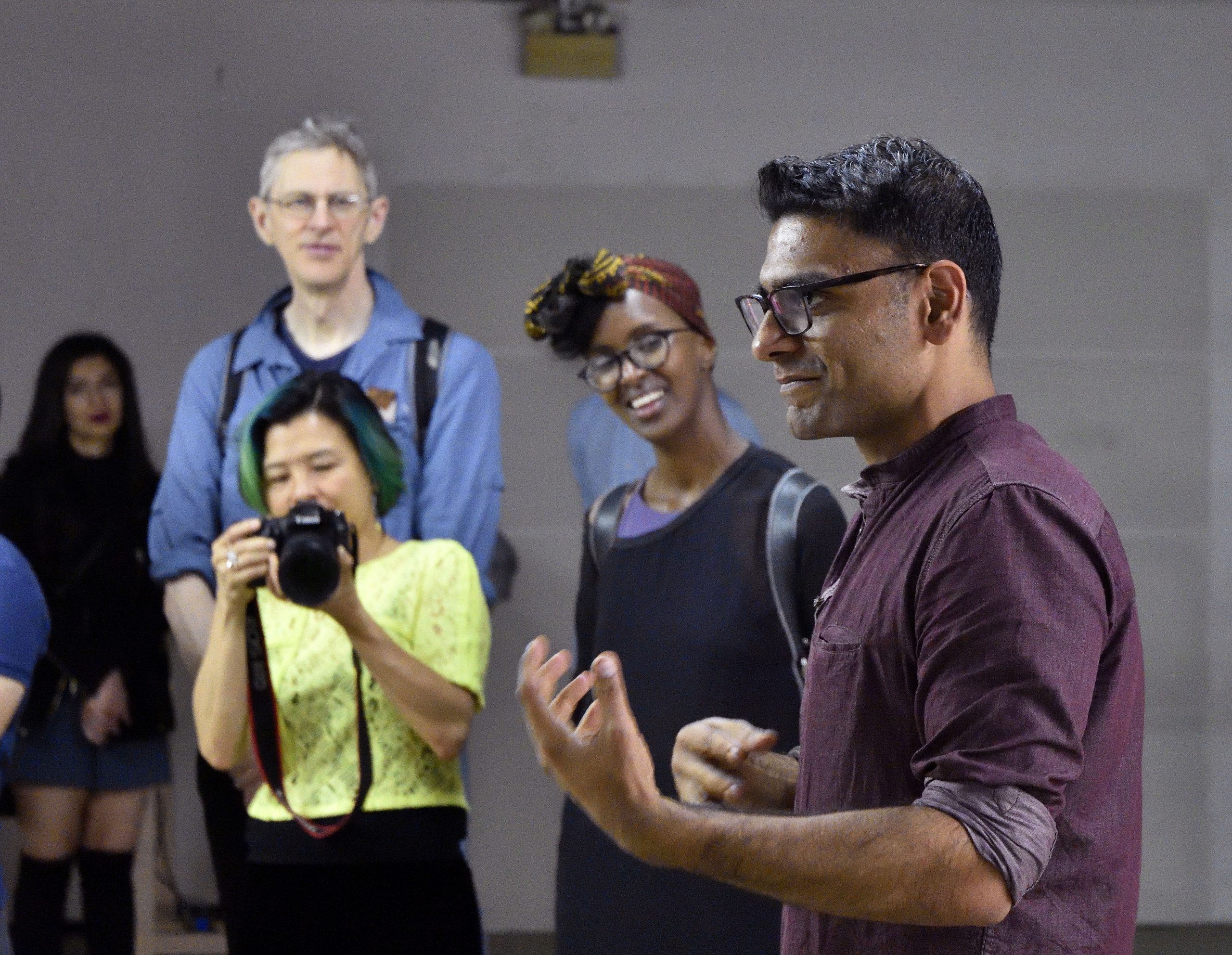 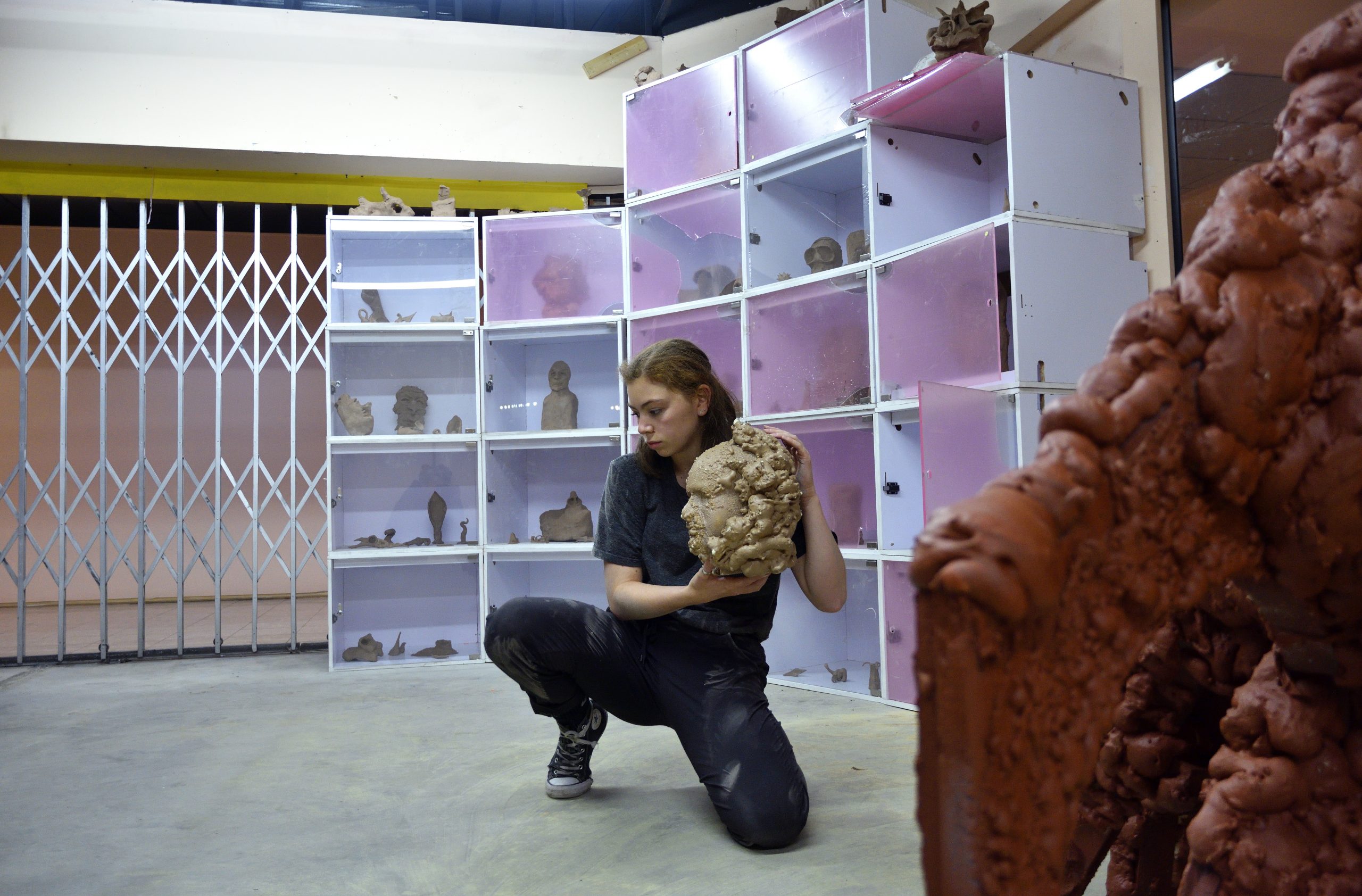 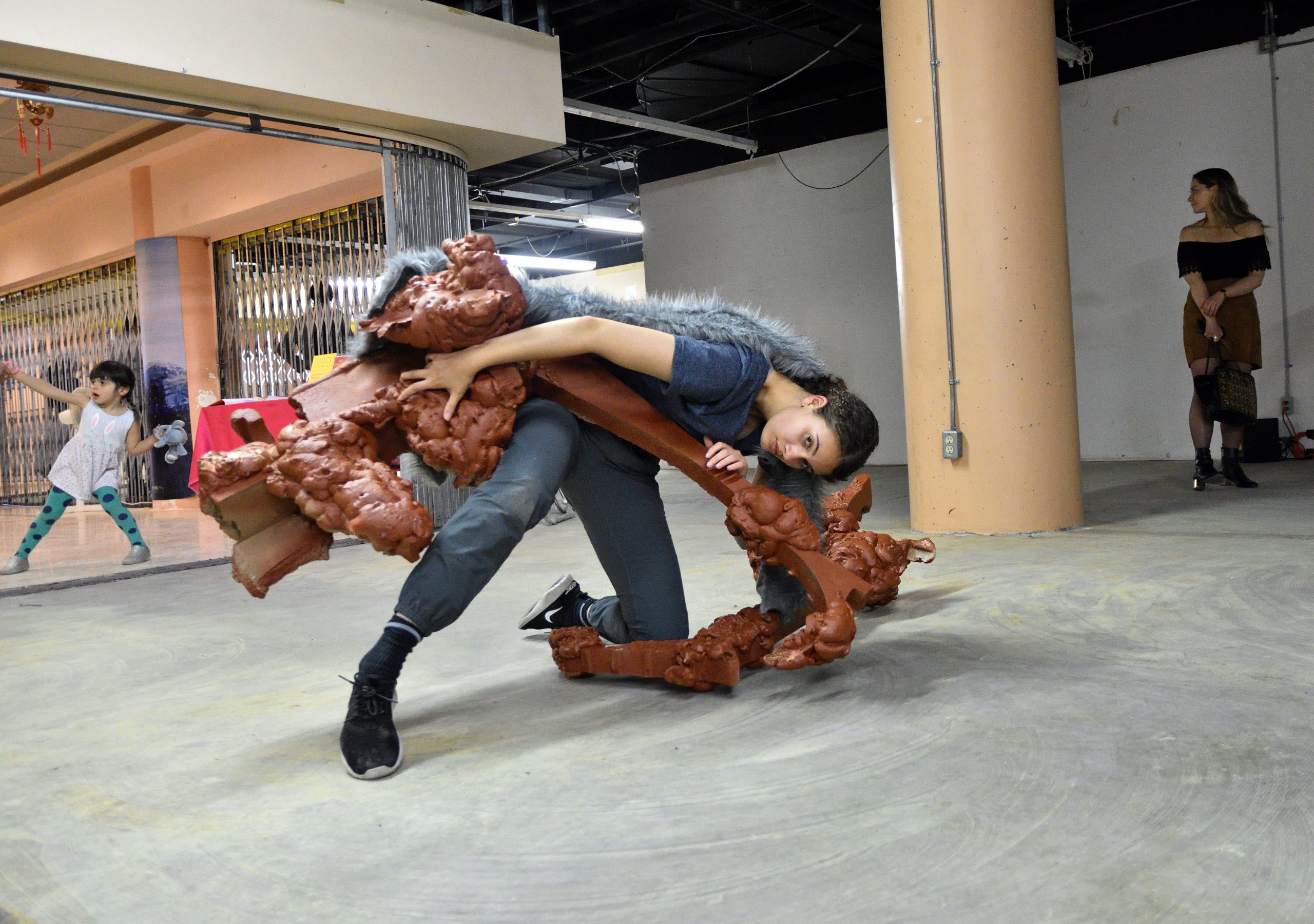 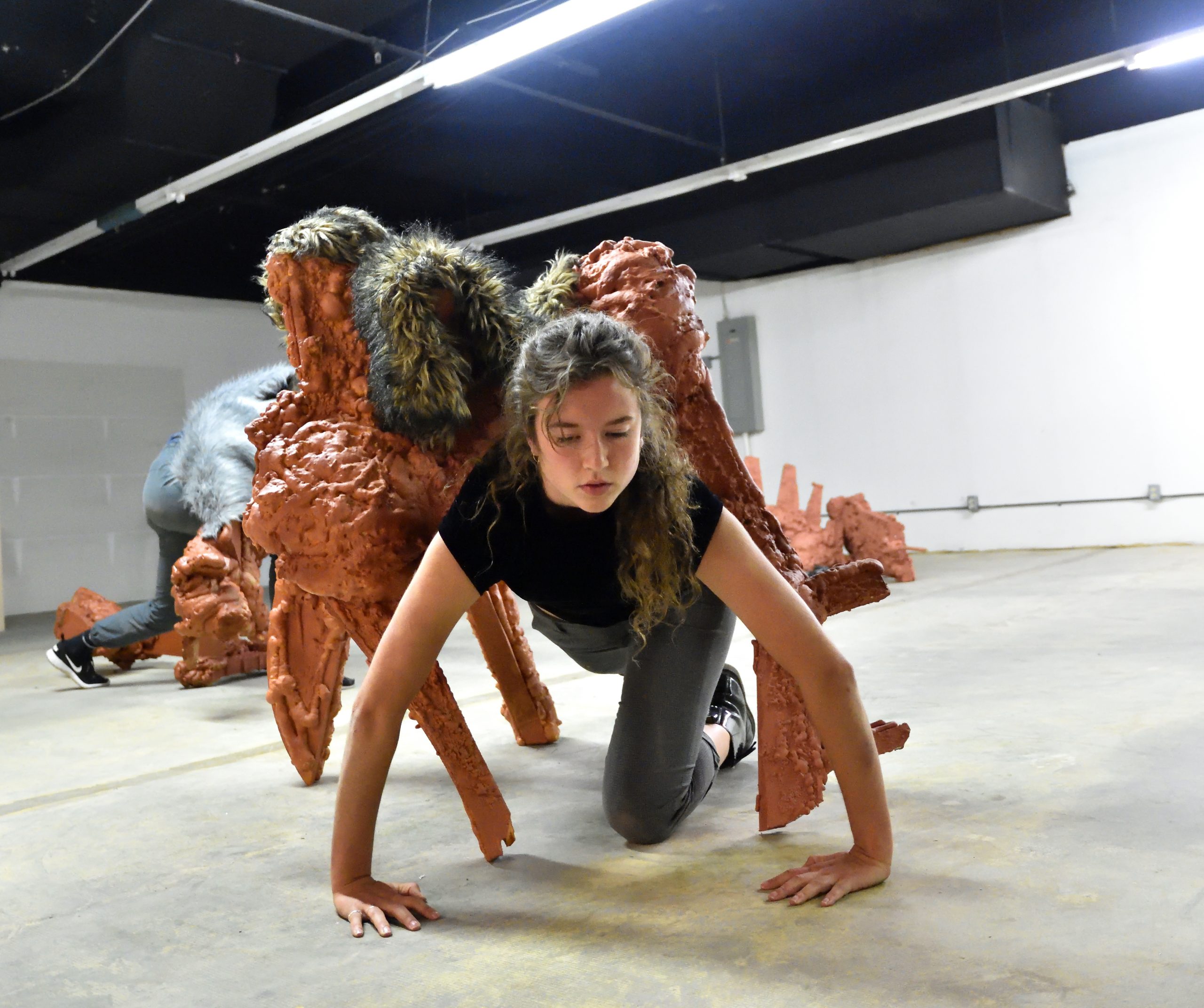 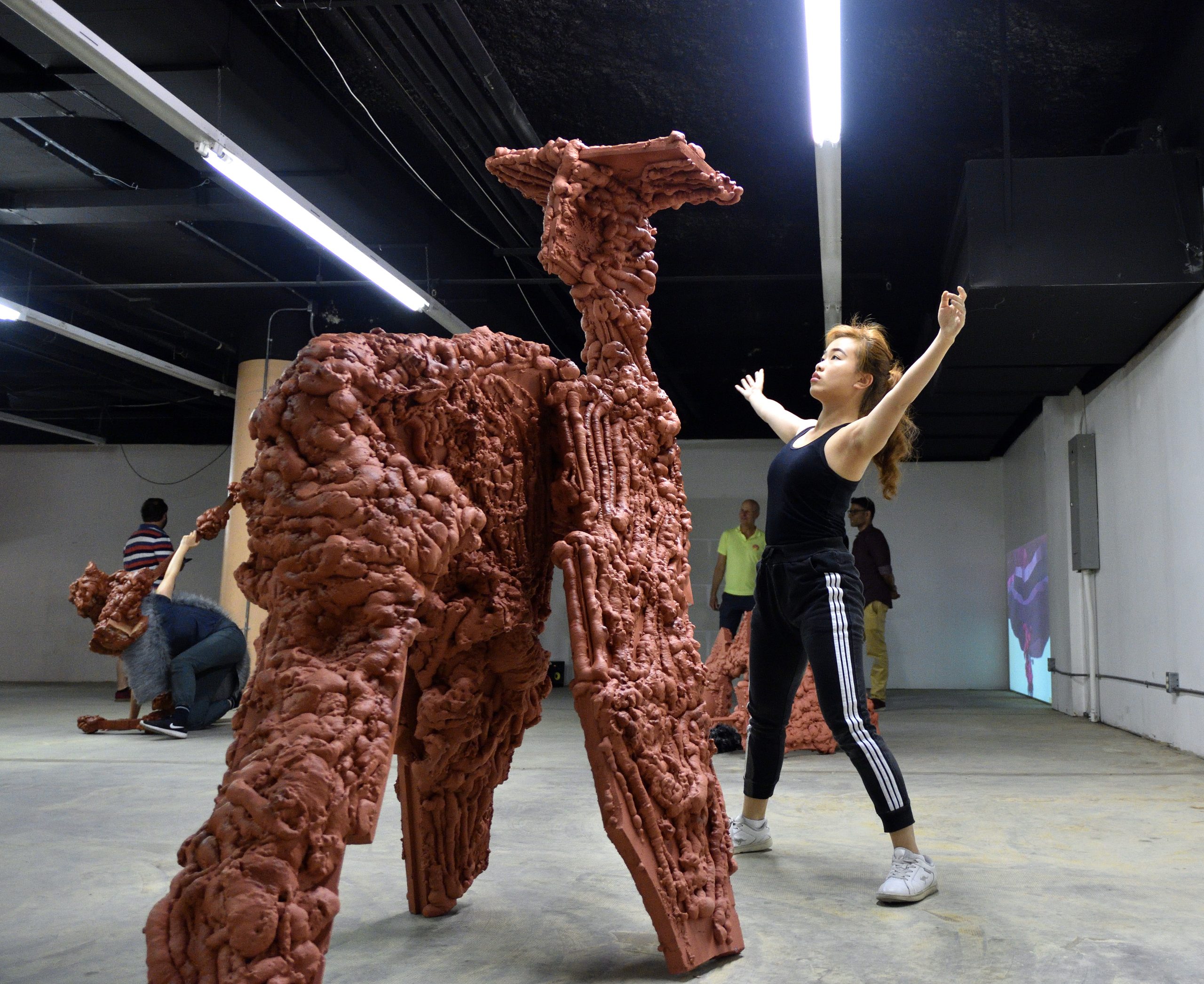 “Re-IMAGE-n”-ing Public Space 2018 – 2020
Presented by the Vancouver Biennale, Continuous Voyage was an exhibition in the spring of 2019 by international artist Sahej Rahal. Combining sculpture and AI video, this new body of work culled through Vancouver’s flotsam and jetsam to see what mythologies would rise to the surface. A collaborative performance with Arts Umbrella and Simon Fraser University expanded these mythologies through embodied enactment.

[email protected]
A glitch has appeared in the space-time continuum, inside an abandoned shopping lot in the Sun Wah Cultural Centre. Strange fossilized beings have arrived, seemingly in a state of temporary stasis, baring no evident mark or memory of where they come from. Following this strange arrival, a coalition of historiographers, archaeologists, quantum physicists and social media influencers have come together under a globally organized WhatsApp group, going by the name [email protected], with the intention to gather radiation samples, carbon data and CCTV footage from the Sun Wah Centre in order to decipher the mysterious fossils. The findings of the group have revealed that the fossils date not only to the ancient past, but also hysterically point towards the imminent future. They are careful, however, not to dismiss these objects as fictions, given their sudden appearance within the abandoned lot. They have announced that the fossils are, in fact, trans-dimensional flotsam, washed up momentarily on the shores of the present.