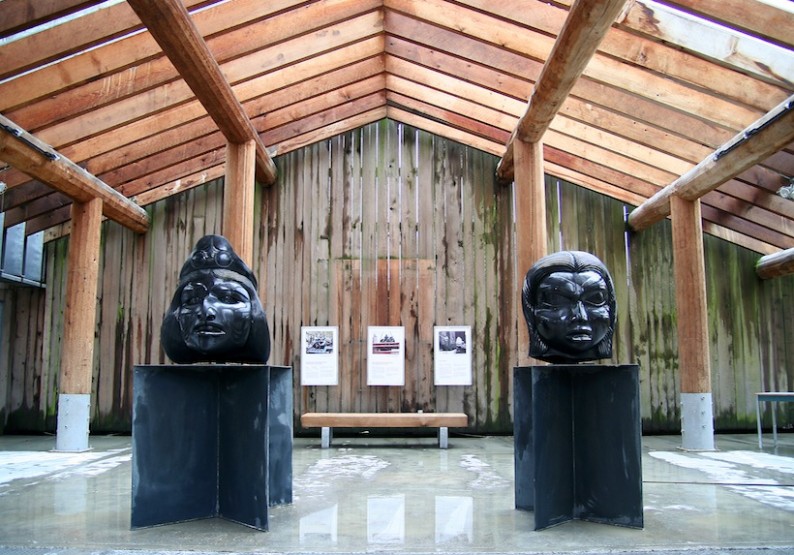 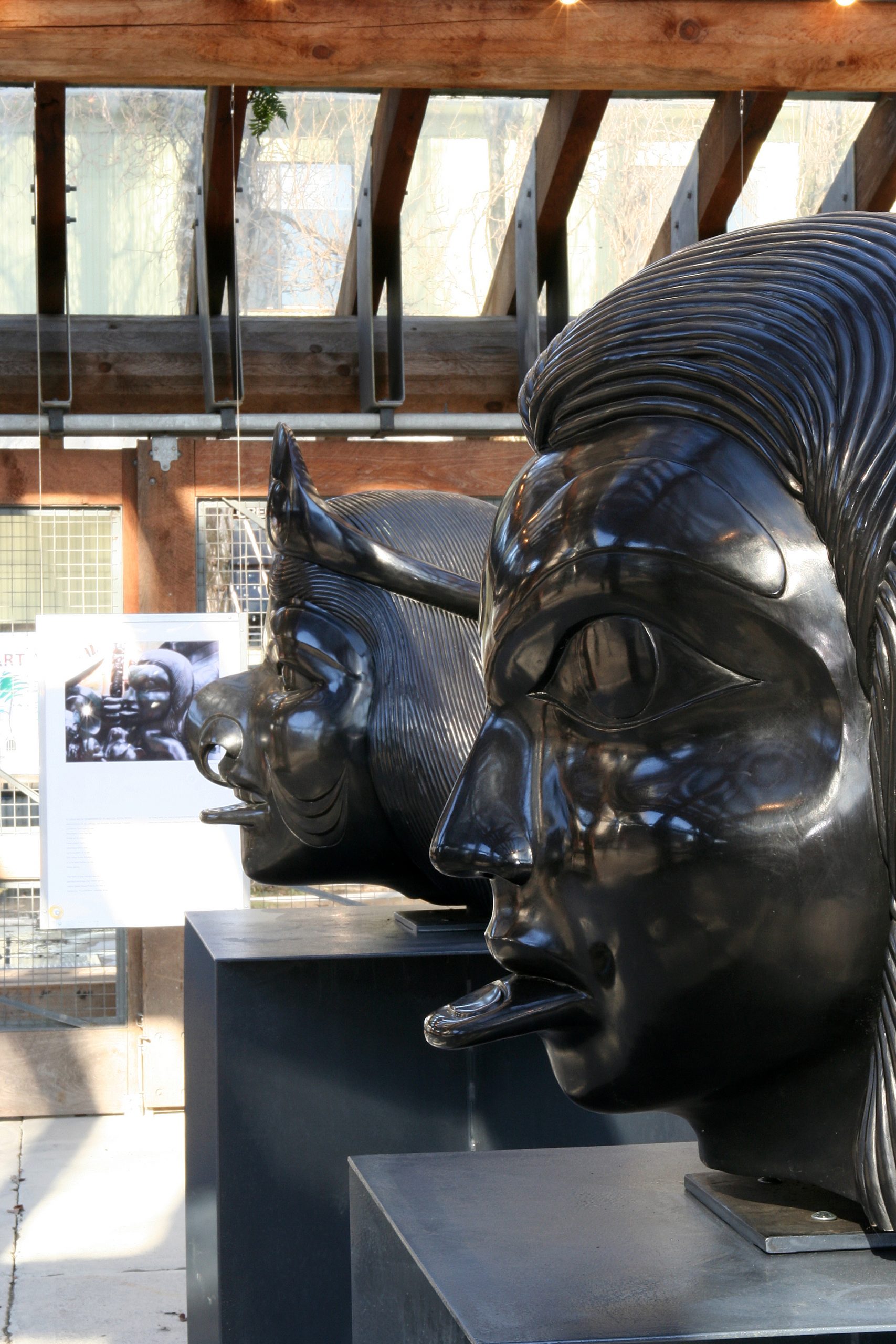 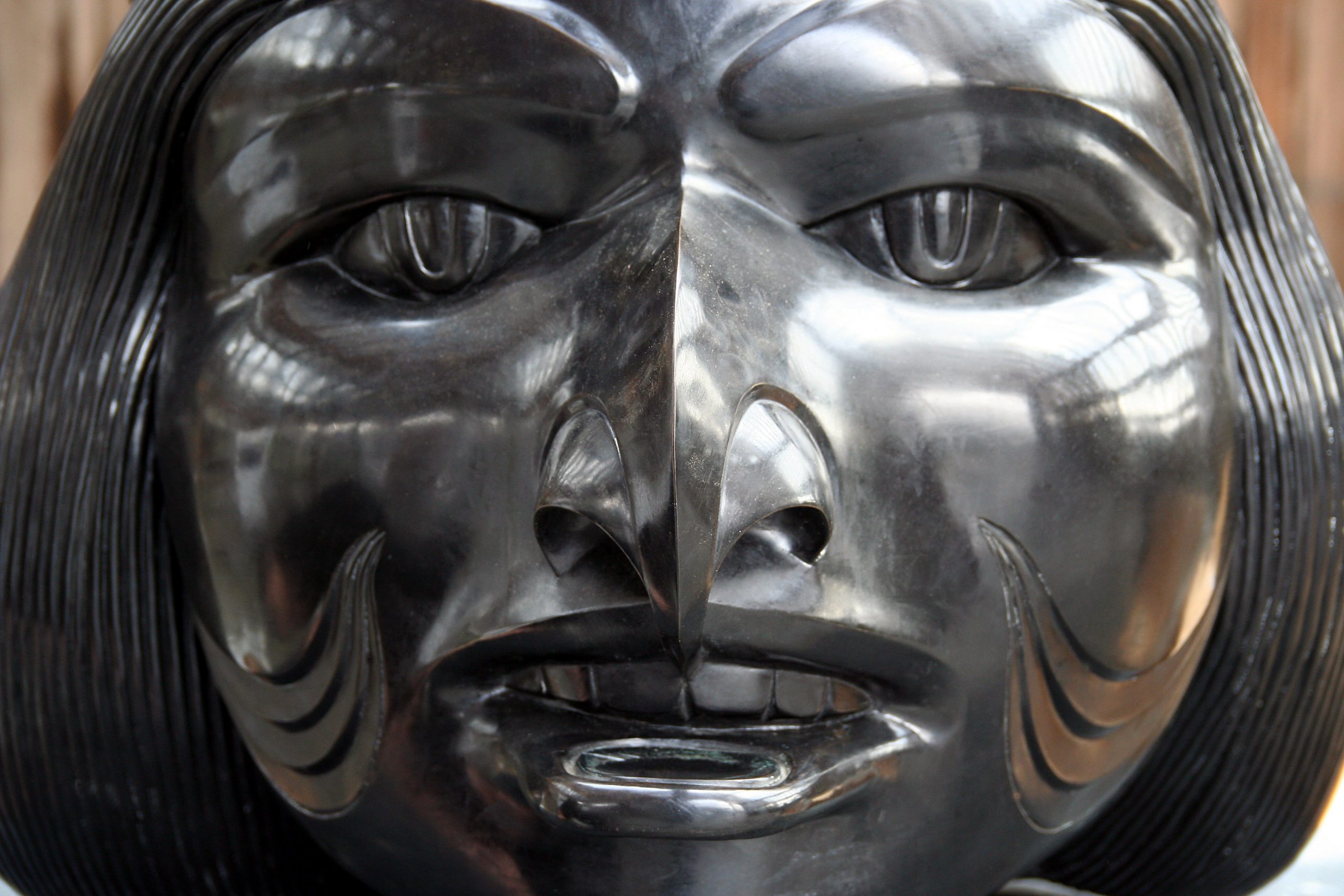 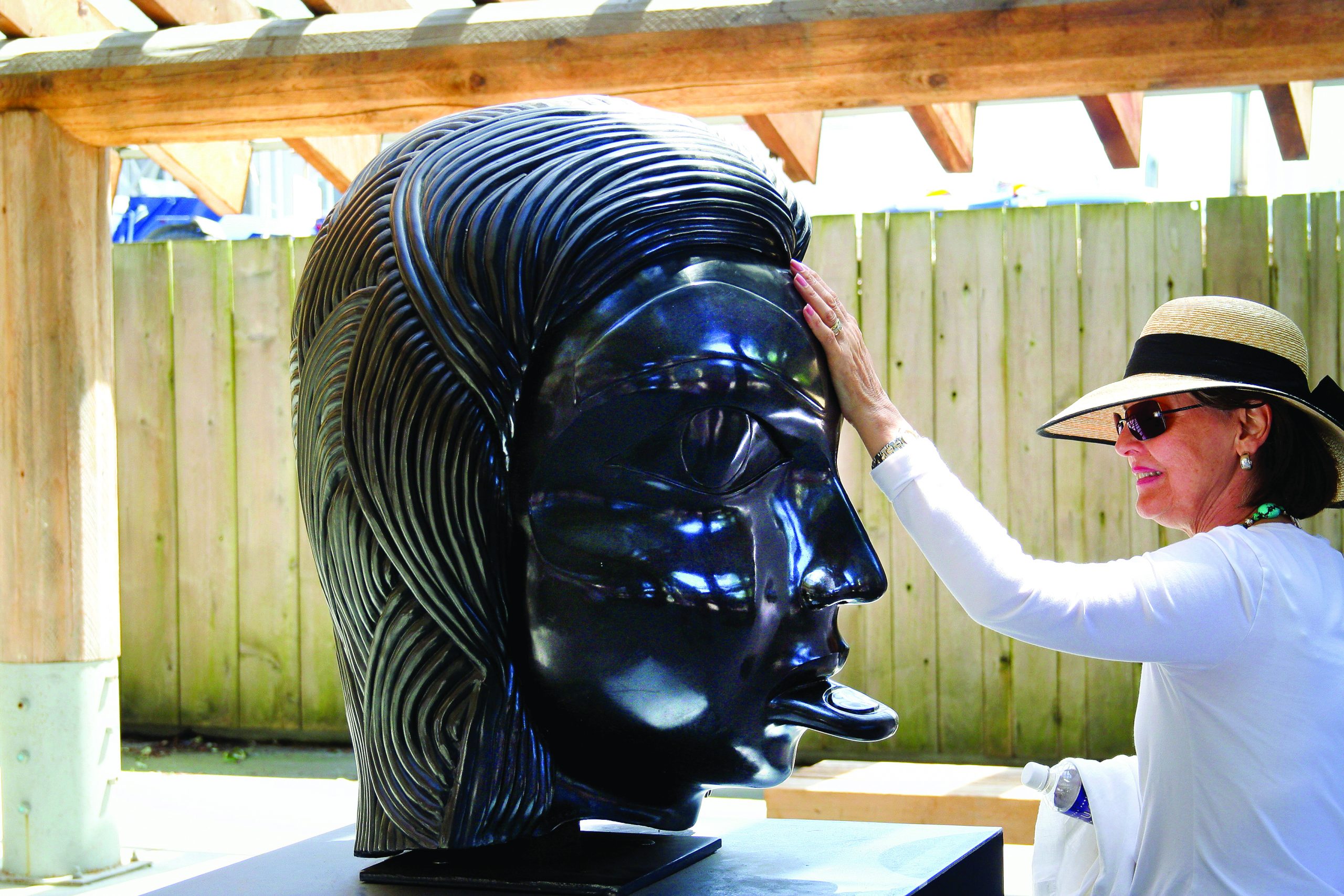 There were two castings made of the Spirit of Haida Gwaii, one with a black patina called The Black Canoe and one with a green patina called the Jade Canoe, each cast at Talix Foundry, Beacon, NY, under the direction of the artist and the supervision of Dick Polich, president of Tallix. Dog Fish Woman and Bear Mother are two of the 13 mythological characters in the canoes. They were the only creatures ever cast and were cast subsequent to the installation of The Black Canoe at the Canadian Embassy in Washington DC in November 1991. This particular pair of Dog Fish Woman and Bear Mother is one of three black, argillite looking pairs cast during the artist’s lifetime. Two pairs were sold intact while the third pair was split and sold separately.