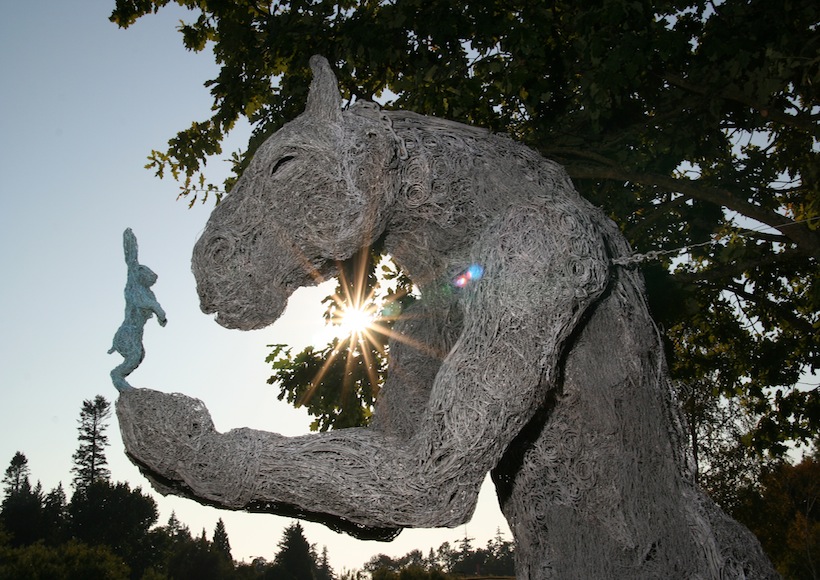 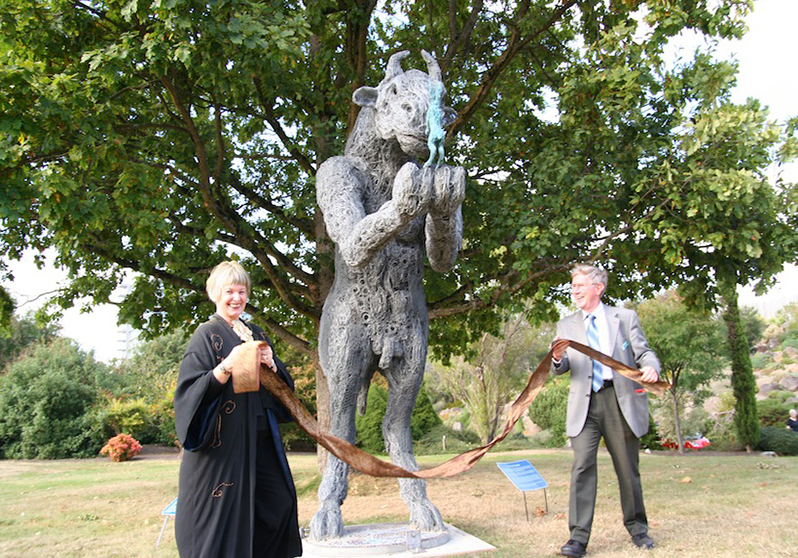 Sophie Ryder’s Minotaur and Hare is a twisted and wrapped anthropomorphic sculpture made from galvanized wire. The classical Greek story of the Minotaur, a mythological creature, part man and part bull, is about heroism and tragedy. The story of the Minotaur begins with the legendary craftsman Daedalus building a labyrinth to house the Minotaur. King Minos of Crete exacted a periodic tribute of seven virgins and seven young men from the nearby city of Athens for the Minotaur. Theseus, son of the King of Athens, resolved to end this practice by offering himself as part of the tribute. Ariadne, the daughter of King Minos, fell in love with Theseus and provided him with a magic sword to kill the Minotaur and a thread to help him find his way out of the labyrinth. The artist has given this sculpture a non-classical twist, with the recreated image of the Minotaur shown holding a Hare, a symbol of agility, fertility and vulnerability, which is in juxtaposition to the fearsome and enormous Minotaur.