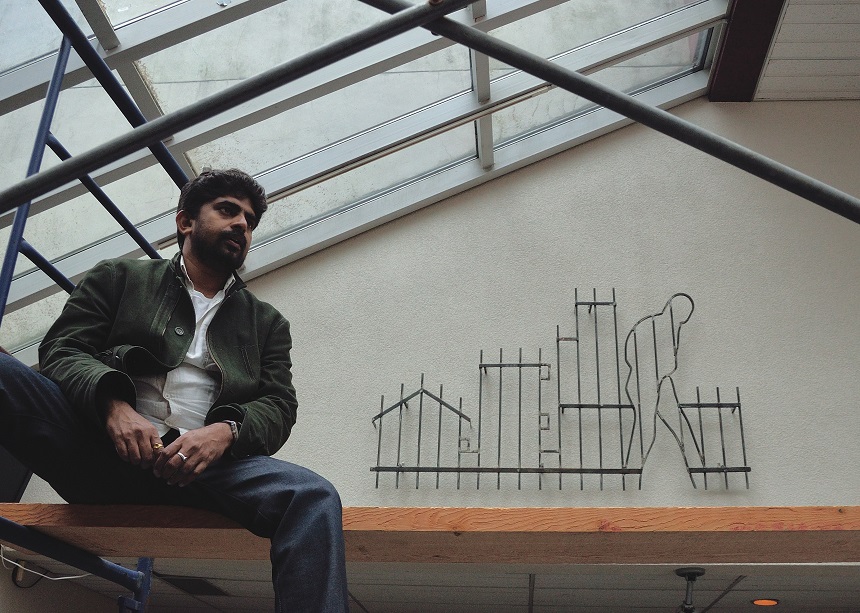 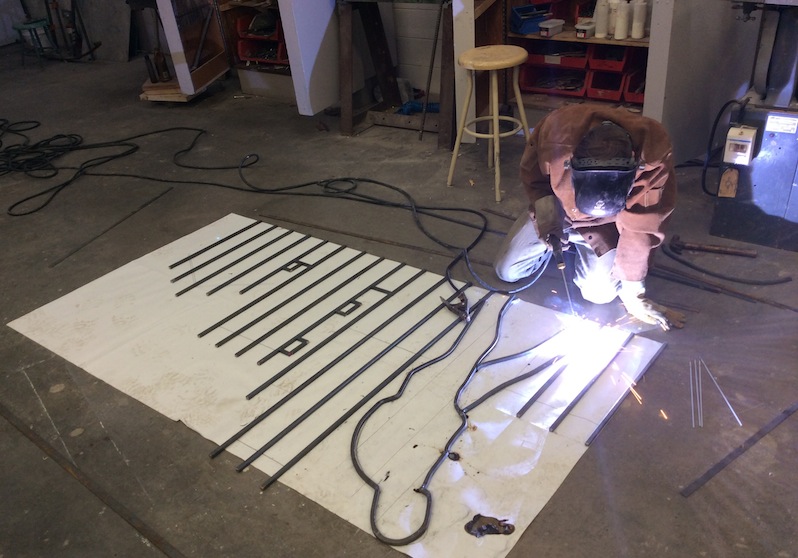 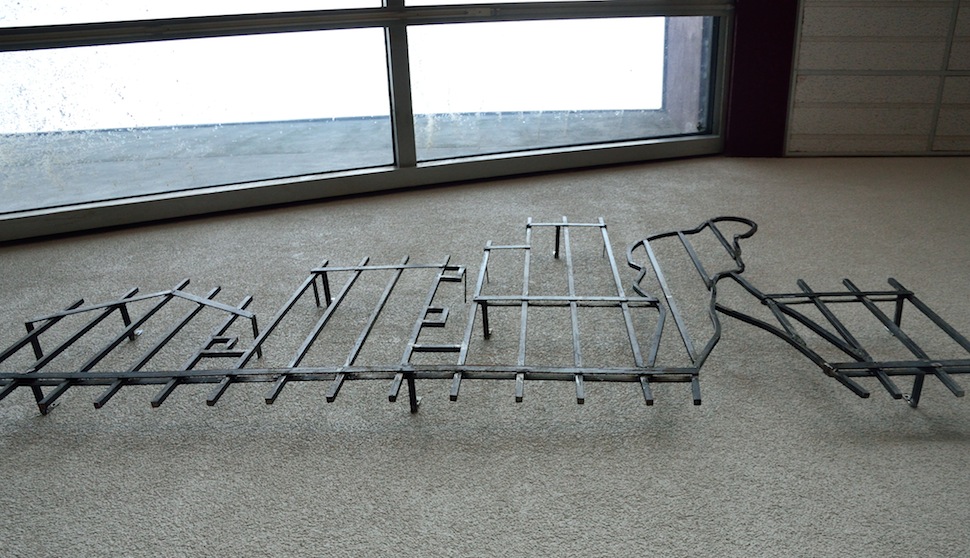 This artwork was temporarily on display at Dunbar Community Centre from July 2014 to August 2015.

The Other Side seeks to transcend the borders of social structures and life patterns of a city. These borders are organic in nature, rather than geographical and political constructs. Rooted in survival, trust, belief, culture, food and language, they remain largely invisible. Rajendran articulates the nature of their paradoxical existence, hovering between fleeting visibility and total obscurity.

The Other Side marks Rajendran’s first visit to Vancouver, a city with a long and storied history of immigration. The artist uses the pattern of an ordinary iron fence—a common feature of public space- to visually explain the city. At the same time, the work reflects human identities in a shifting landscape of memory and time.

Beyond ethnic and linguistic divisions, each segment retains its outsider/insider preoccupations. When arguments and anxieties swell, borders gradually emerge, marking off the other side of the city, the other religion, the other culture… ‘The Other’ that has woven its own particular patterns into the local cultural matrix for survival, trust, hope, kindness…for life.