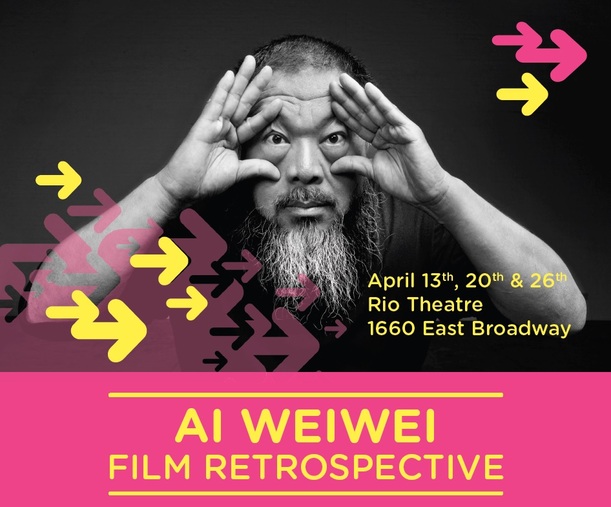 The Vancouver Biennale kicks off the 2nd year of CineFest LIVE with a film retrospective of the internationally renowned and controversial Chinese artist and human rights activist Ai Weiwei. The 27 film retrospective will launch with a double bill featuring the Vancouver premiere of Ai Wewei: The Fake Case by Andreas Johnsen followed by the equally controversial documentary Ai Weiwei: Never Sorry by Alison Klayman. Given that the artist is restricted from leaving China, Global TV’s national film critic Katherine Monk will host the Monday, April 13 screenings at the Rio Theatre.