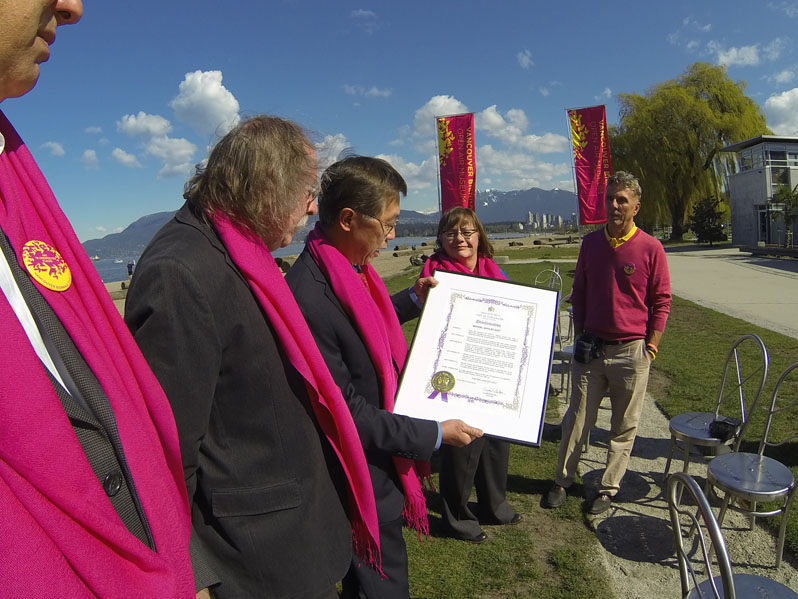 Quebec artist Michel Goulet was awarded “Michel Goulet Day” today by deputy mayor Tony Tang, councillor Heather Deal and parks board officials, as he and Biennale director Barrie Mowatt announced the donation of the work “Echoes” to the city. It is installed in front of the restaurant at Kitsilano Beach, one of the most prominent locations for an artwork in the city.