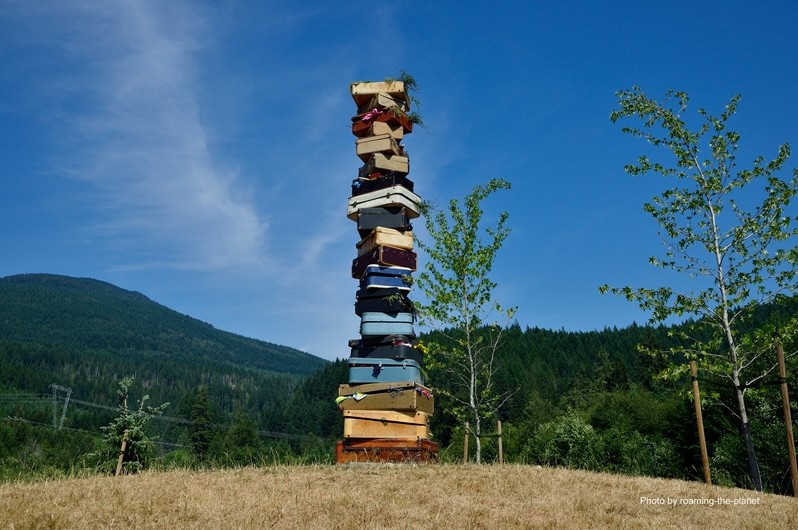 Tammam Azzam is a Syrian artist now living in Dubai. His practice has evolved from painting to sculpture and since leaving his studio behind in Syria, digital and graphics based work. He was originally selected for this residency program in 2014 but was not granted a visa to come to Canada.

One year and four visa rejections later he was able to participate in the program. The 2015 residency program ended earlier this month but while Tammam was here we asked him a few questions about his project, collaborating with his fellow residency artists and why suitcases are so important.

Connect with Tammam on social media

The Vancouver Biennale International Artists Residency program is supported by Quest University. The artists who are selected to participate are rising stars in their own countries. The artists are required to involve the  community in Squamish in the realization of their projects. This program brings artists together in dialogue and builds lasting connections between the artists and the local community.