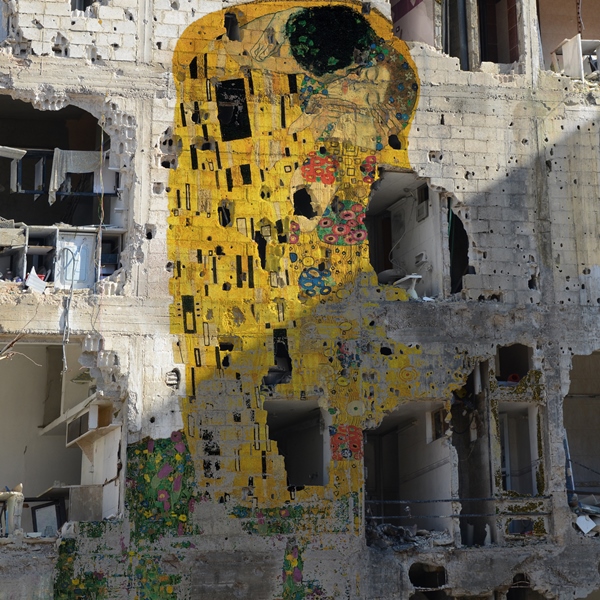 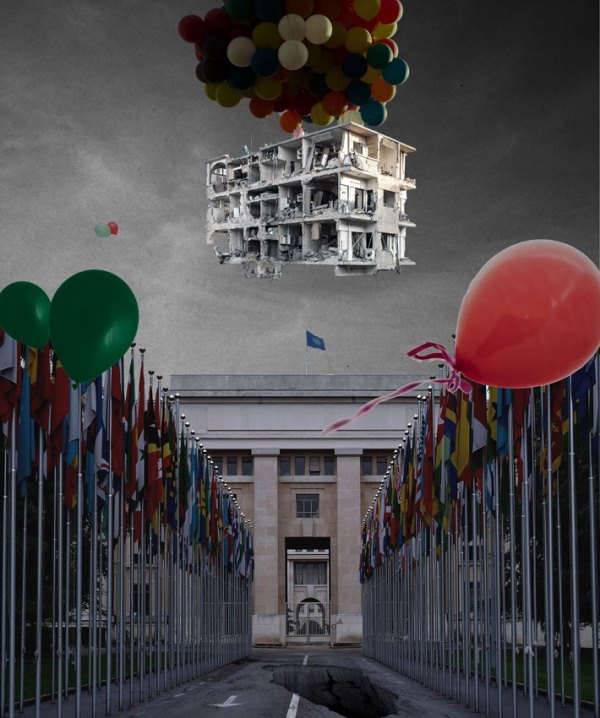 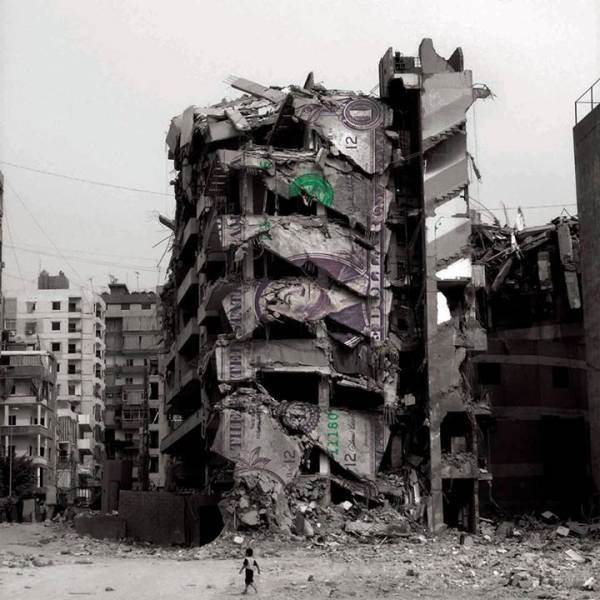 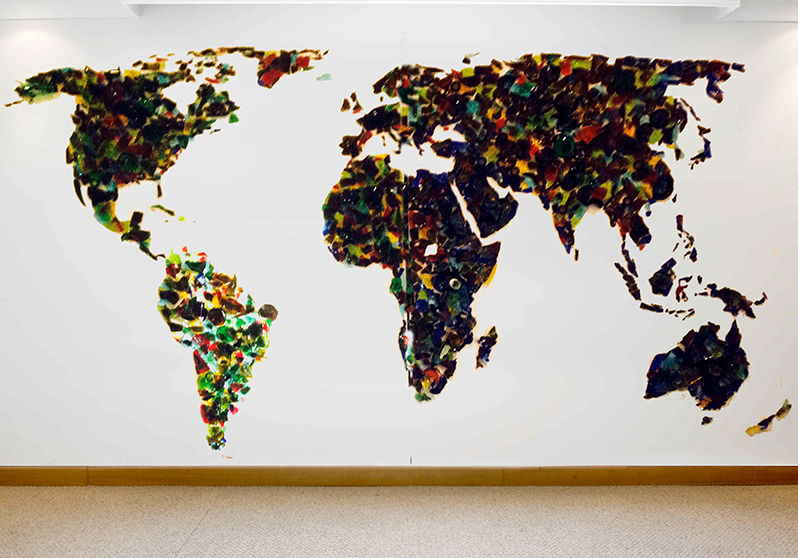 Following the outbreak of violence in Syria, Azzam has used his artistic practice to reflect on the worsening situation. Azzam has been working increasingly with digital media and has often referenced street art, recognising both of these mediums as powerful and direct tools for protest, which are also difficult to suppress. In early 2013, Azzam made headlines worldwide when his work Freedom Graffiti went viral on social media. He enlisted one of the most iconic kisses in art – Gustav Klimt’s The Kiss -to protest his country’s suffering, superimposing this image of love over the walls of a war-torn building in Damascus. The work was one of a series, Syrian Museum, in which he placed imagery taken from masterpieces of Western art history into photographs of scenes of devastation across Syria, to both highlight the destruction of Syria’s cultural heritage and to juxtapose some of the greatest achievements of humanity with the pain it is also capable of inflicting.

The canvases of Tammam are experiments in the application of various media. Unusual components such a rope, clothes pins and other found objects are employed to create depth, texture and space, achieving a striking balance between the ordinary objects the artist portrays and the grand terrain that he evokes. For Tammam, such a methodology facilitates the creation of an artwork as a “hybrid form”, one that is capable of borrowing and multiplying as it evolves.

Tammam participated in the 2015 Biennale Residency Program in Squamish, where he created a site specific artwork inspired by the 2014-2016 Biennale’s theme: Open Borders / Crossroads Vancouver.