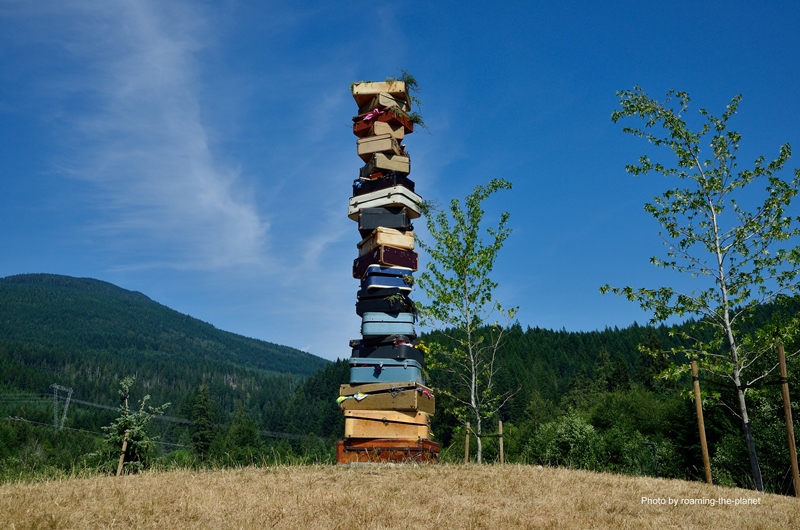 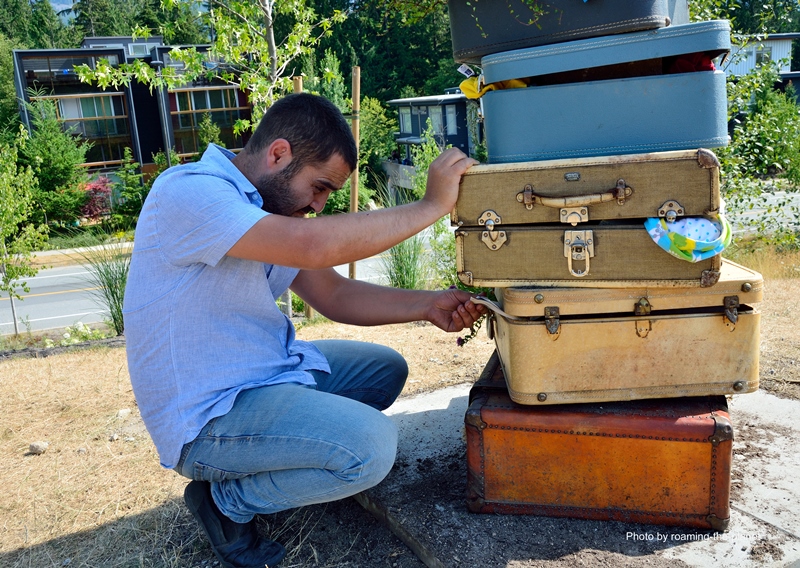 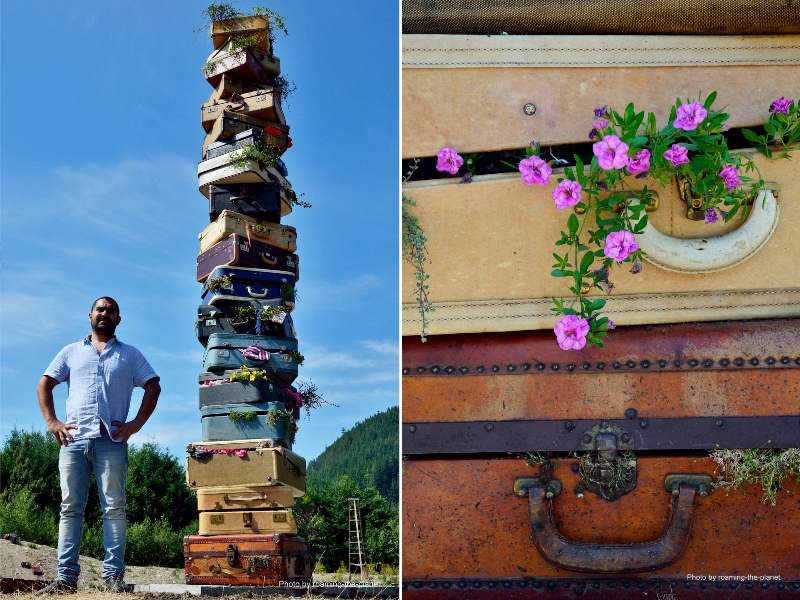 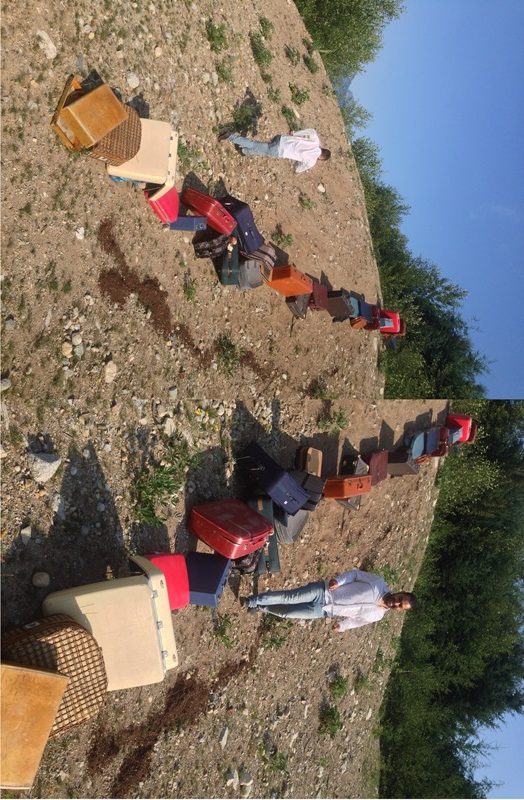 Crossing Borders Maa’bar was a sculpture made from more than sixty suitcases, obtained via a social-media campaign through donations made by citizens and local businesses. Tammam Azzam associated these suitcases with troubled memories at airports and border crossings rather than moments of pleasurable escape and relaxing vacations. Following the outbreak of violence in Syria, Azzam was forced to flee to Dubai. Having left behind his painting supplies and other equipment, he challenged himself to adapt and expand his practice to include digital media and street art, both powerful tools for public engagement. Remarkably, it took four attempts to secure a visa in order to enter Canada and participate in the Biennale’s 2015 International Residency Program. Indeed, the theme of this Biennale, Open Borders/Crossroads Vancouver, was intimately grasped by this artist (and his family).

Some of the suitcases in this artwork were bursting with plants while others contained old photographs. Some carried adventures while others told a story of misery and exhausted days. Each piece of luggage contained a passenger’s memories, documented diverse and sometimes arduous journeys as it crossed political and cultural boundaries.  Having been inspired by the majestic totem poles of the Northwest Coast First Nations, Azzam used some of the donated suitcases to form a towering sculpture as a tribute to all people facing issues of displacement and re-settlement. The remaining suitcases were displayed in lines nearby on a grassy slope to reference the journey that millions of refugees continue to undergo in today’s politically uncertain times. The site for Azzam’s installation, a school located on university grounds, provided further impetus for engagement, learning, and social action.

Read about Azzam’s experience in the 2015 Residency Program and discover what inspired him to create this piece.