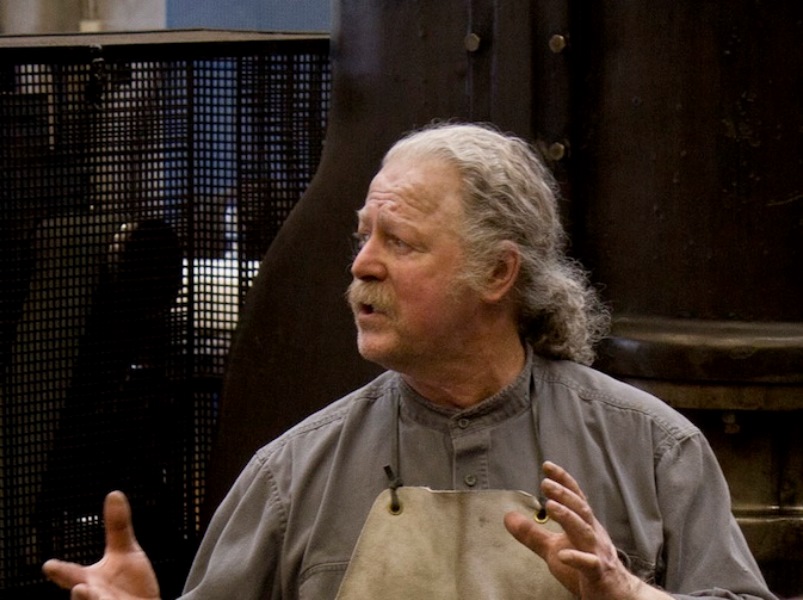 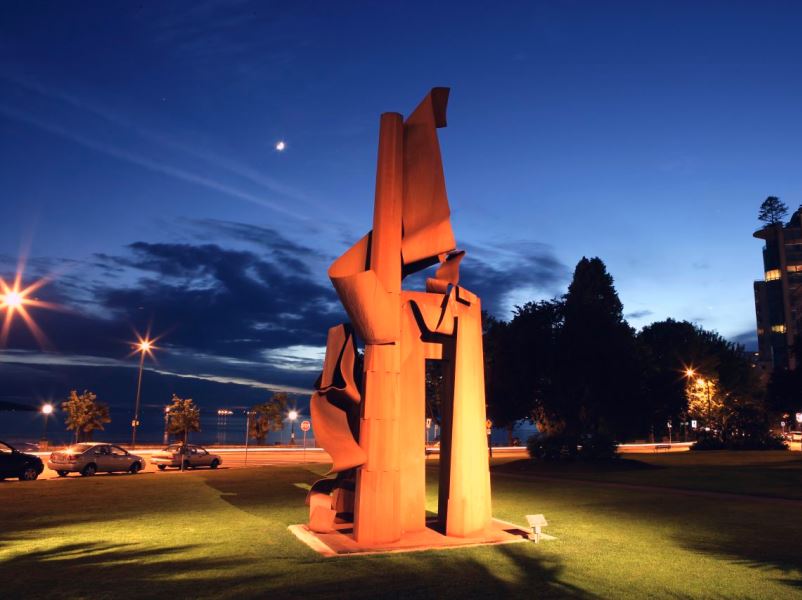 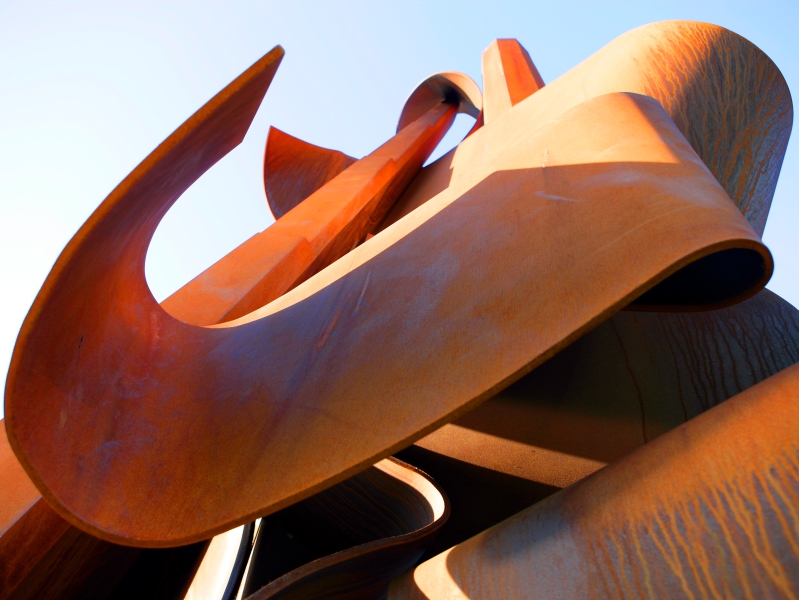 Albert Paley is one of the most revered sculptors of this century. His work, spanning over three decades, is featured in the permanent collections of the Metropolitan Museum of Art in New York, the Museum of Fine Arts in Boston, the Museum of Fine Arts in Houston, the Victoria and Albert Museum in London, the Art Gallery of Western Australia, The Fitzwilliam Museum in Cambridge University, England, and The British Museum in London.

He was a professor at the Rochester Institute of Technology and holds the Charlotte Fredericks Mowris Endowed Chair at that institution. In 1995 he received the Lifetime Achievement Award from the American Institute of Architects, AIA’s highest award to a non-architect.

Albert Paley’s sculptures, like the man, are towering explorations of form and composition. Paley has described his design theory as “founded in paradox”. Portal in particular revels in the dichotomous character of iron and steel embodying opposite and seemingly contradictory states: movement and stasis, suppleness and strength, rigidity and plasticity. Paley illustrates his mastery of his medium by the fluidity with which he wraps his iron tower in ribbons of steel. His fascination with the changeable nature of metal has fostered an innovative forging technique hailed by some as instrumental in the resurgence of American metal-smithing.