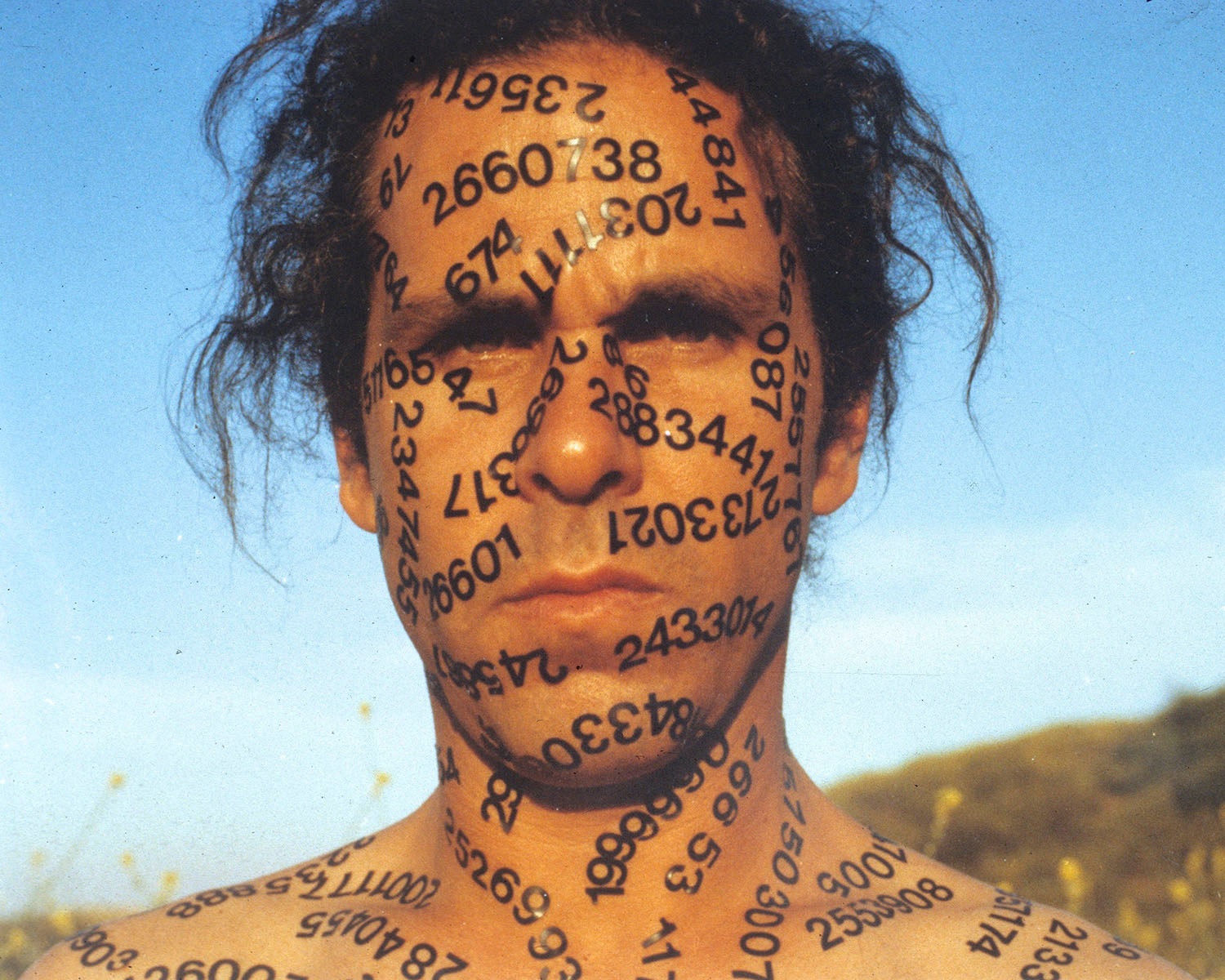 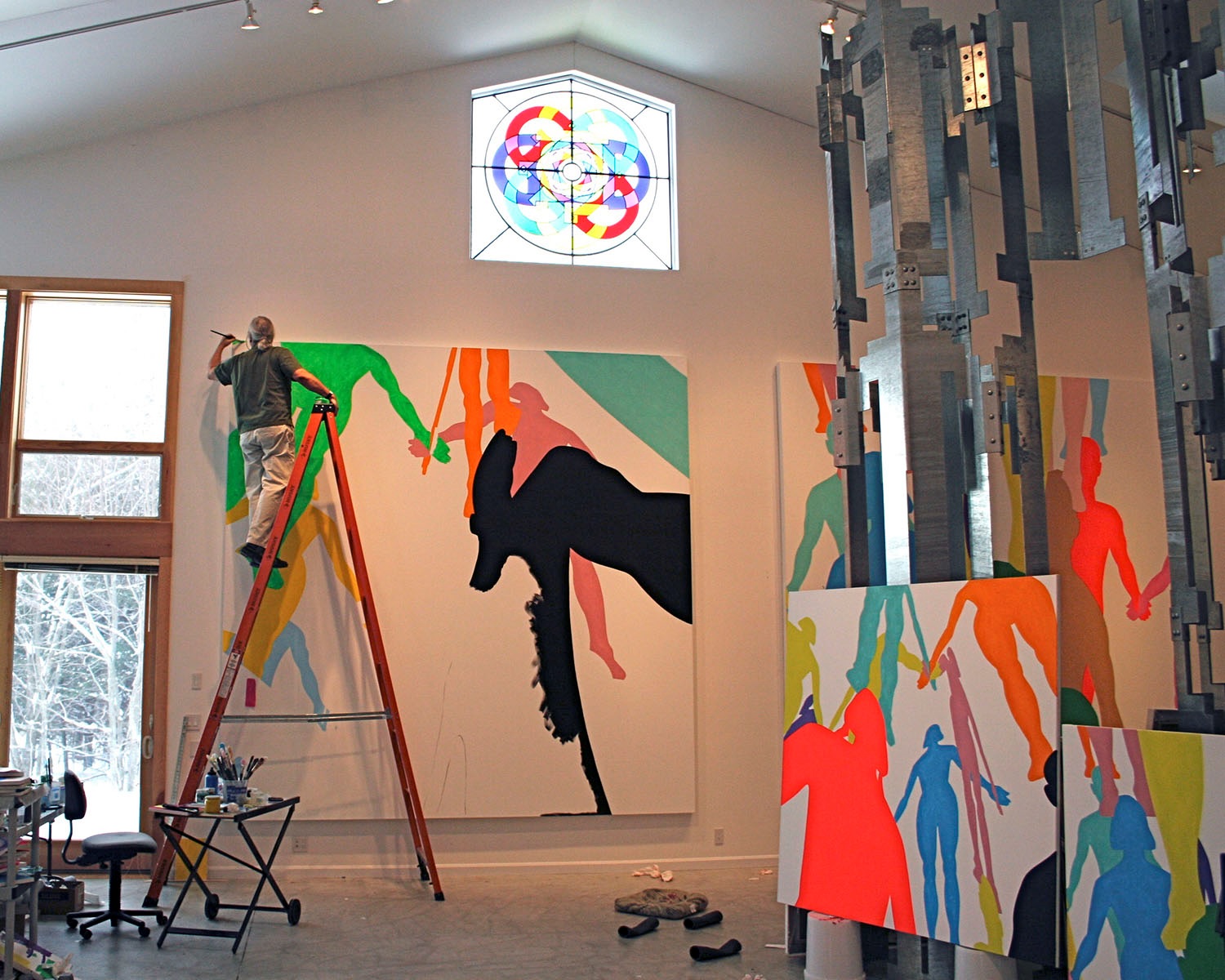 “In all of my work, I seek to convey the feeling that everything is connected.” – Jonathan Borofsky

Jonathan Borofsky was born in 1942 in Boston, Massachusetts. His mother was an architect, and his father was a musician. He began studying painting with a professional teacher at age 9, and produced over 30 oil paintings on canvas by the age of 16. He attended Carnegie-Mellon University in Pittsburgh, Pennsylvania, where he studied painting and sculpture and received his BFA in 1964. In 1964 he studied sculpture with Etienne Martin at Les Ecoles D’Art Americaines de Fontainebleau in France. He received his MFA in sculpture from Yale School of Art and Architecture in New Haven, Connecticut in 1966.

In the 1970s and 1980s, Borofsky was instrumental in focusing the art world on the idea of “installation art” – that is, art that focuses more on how the entire room or space connects together as a whole, and less on the individual object. His blending of both spiritual and archetypal images focused on the human psyche and extended the perception of art beyond the existing imagery of pop and minimalism. During that time, his large-scale, interactive, multi-media installations were featured in many solo exhibitions around the world, including at the Museum of Modern Art, New York (1977), the Museum of Contemporary Art, Los Angeles (1979), the Tokyo Metropolitan Museum of Art (1986), and the Kunst Museum, Basel (1983). A retrospective exhibition originating at the Philadelphia Museum of Art traveled to the Whitney Museum of American Art, New York, the Walker Art Center, Minneapolis, the University Art Museum, Berkeley, and the Corcoran Gallery of Art, Washington, DC (1984 – 1986).

In 1990, after living and working in New York City and Los Angeles for many years, Borofsky moved to Ogunquit, Maine, where he began to focus primarily on producing large sculptures for public locations around the world. Over 35 large scale public sculptures have been completed, including the 30-meter tall Molecule Man standing on the Spree River in Berlin, the 21-meter tall Hammering Man in Frankfurt, and the 30-meter tall Walking To The Sky in Seoul, South Korea.

Borofsky continues to live and work in Ogunquit, Maine, and creates his large outdoor public sculptures at the La Paloma Fine Arts factory in Los Angeles. Most recently, he has completed the 20-meter tall People Tower for the Beijing Olympics, as well as several projects in the United States, including the 11-meter tall Human Structures sculpture in San Francisco, and the Humanity in Motion installation for the 43-meter tall atrium of the Comcast Center in Philadelphia.

From the beginning of his career, all of Borofsky’s work has been symbolic of humanity uniting together to build our world. People Tower (in which 136 life-size figures are connected together), the Molecule Man, the Hammering Man (which he often refers to as ‘the worker in all of us’), Walking to the Sky, and the Human Structures series are all efforts to encourage humanity’s understanding of our collective consciousness.