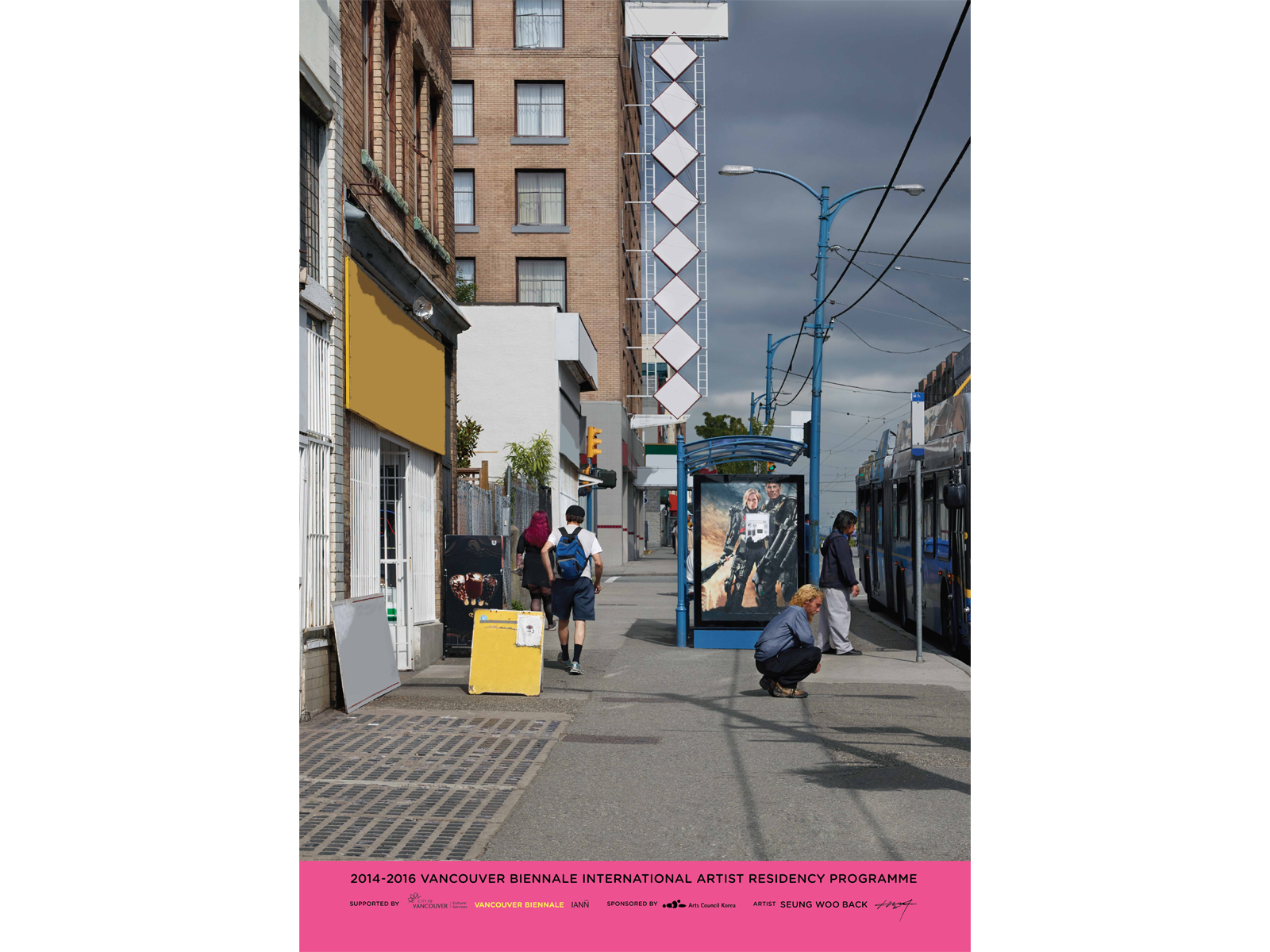 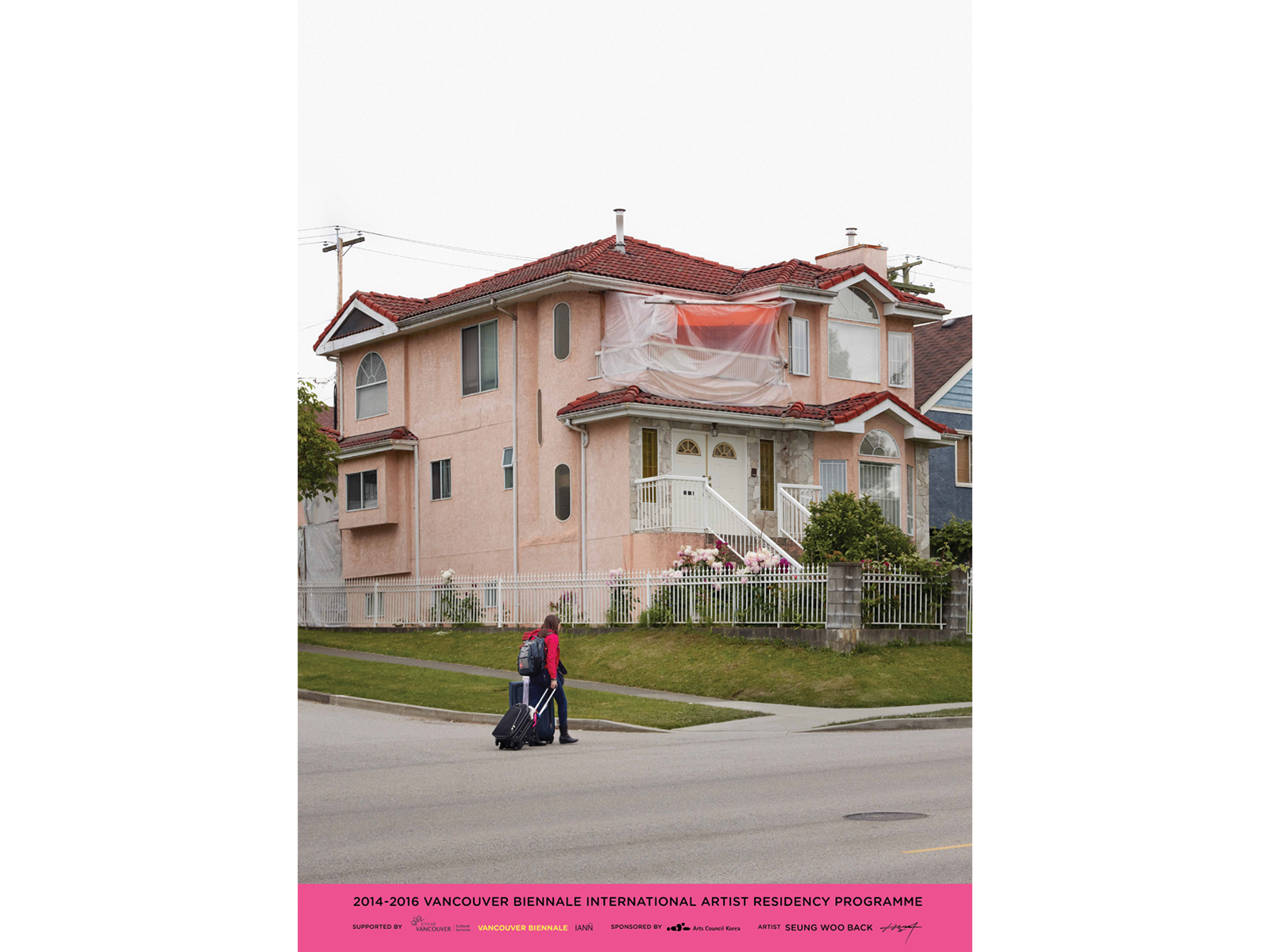 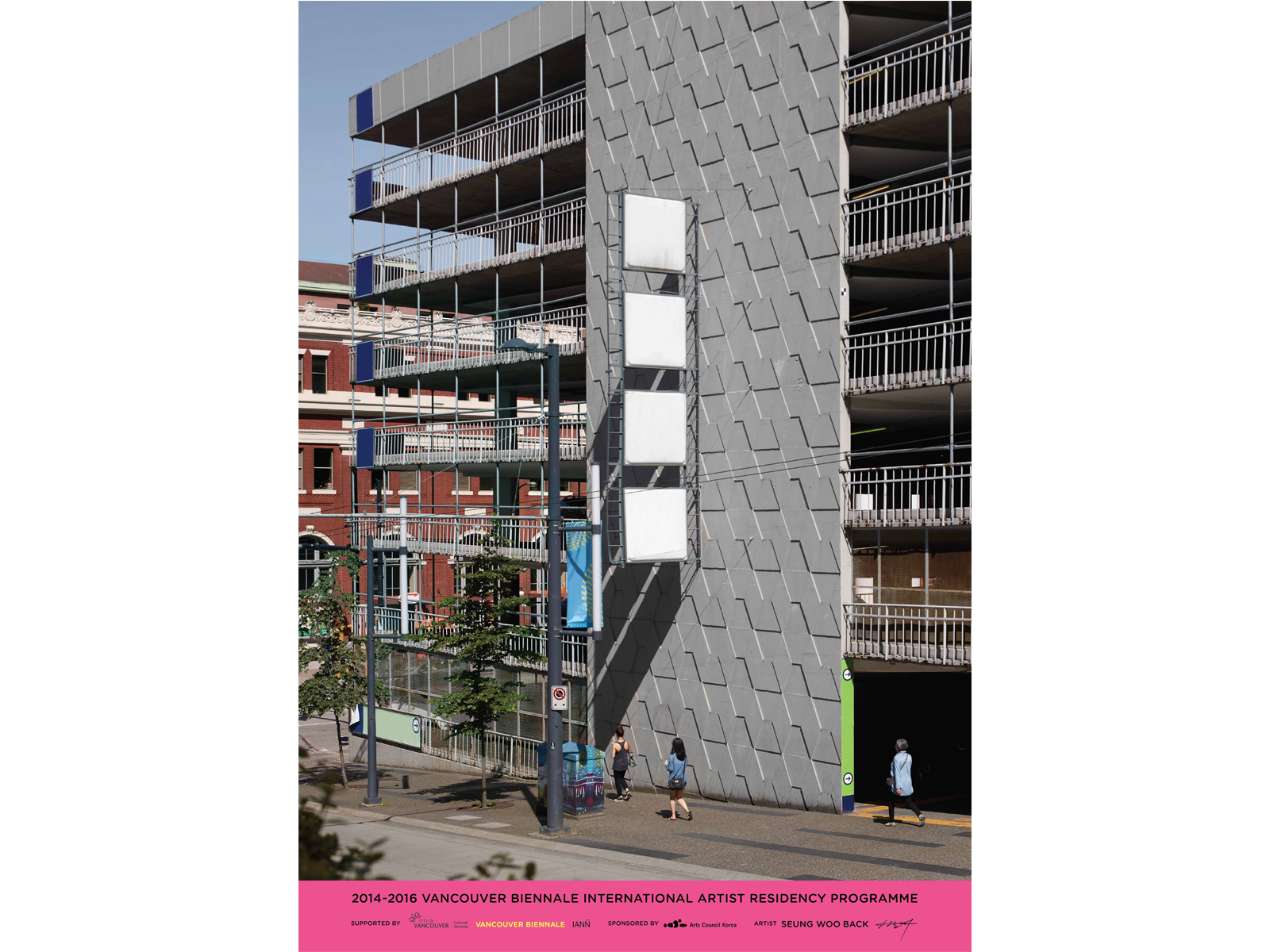 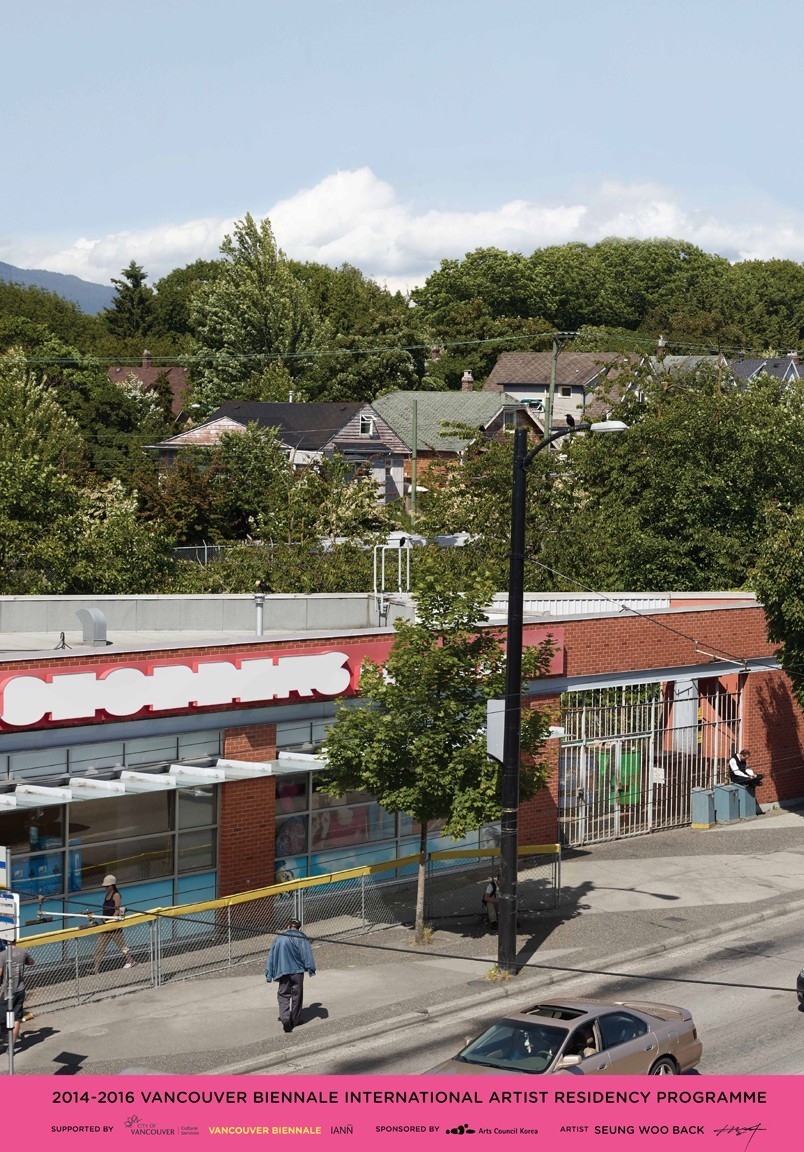 Cross Vancouver is a photo-based exhibition of works appearing in 15 transit shelters. One image appears in each shelter.  These images captured by Korean artist Seung Woo Back during his residency at the Vancouver Biennale are reflections of the de-individualized nature of Vancouver’s urban landscape which now reflects the shift towards a global singular identity. Seung Woo Back has intentionally stripped these streetscapes of signage, making these sterile images readily confused with a number of metropolises throughout the world.

After the process of removing identifying elements was complete, the artist was left with only the element of spatiality. By choosing to install the images in spaces that are neither galleries nor museums, but spaces within the city itself, Seung Woo Back is exploring a process of mutual interaction between the spaces and the images.

“The industrial structure and the history of a place characterize and define a city. But as I see it, the contemporary city is being deprived of its uniqueness.” – Seung Woo Back

Special thanks to Translink, Outfront Media, and the City of Vancouver for donating the transit-shelter spaces to exhibit the artworks.