Into The Woods with Residency Artist Tim Davies 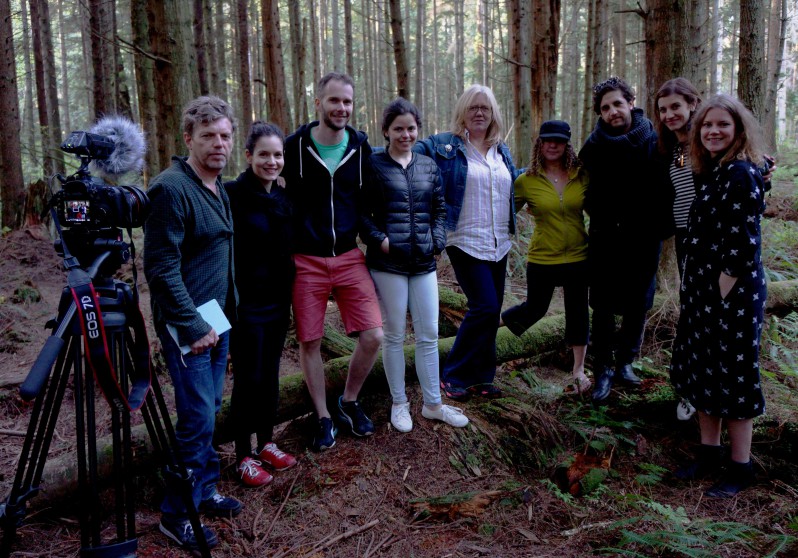 Vancouver Biennale residency artist Tim Davies  visited Vancouver in 2015 to collect inspiration and source materials for his final project Figures In Stanley Park. He has written this blog post about his surprising and sometimes frightening experiences exploring our city in the name of art.

It was a simple enough task.

Walk down a street taking photos of the feet/hands/exchanges and gestures (not portraits) of the homeless inhabitants of the street, with a view to create a visual statement of civic and political neglect. Echoes from my home town, echoes from everywhere. But it was Hastings Street, and I admit, it was naïve to think I wouldn’t create suspicion. I didn’t anticipate the aggressive rebuttal of this intruder with a lens. I was wrong to think it was OK to ‘bootleg’ the images to keep them un-self-conscious and ‘natural’. Silly. Anyway, after yielding over my memory card I thought about what to do.

Stanley Park is a very beautiful city park, but I was amazed to realise that this was an important territory and home to First Nation communities until the early twentieth century and is still contested today.

And this was on my mind.

The relationship between the white occupier and the indigenous culture it pushed aside in the name of progress is no easy issue.

Hastings Street exists as a sore, open wound and a ‘home’ for the marginalized and dispossessed within the city. It’s not pretty and is at odds with the plush steel and glass totems of a growing international metropolis.

Myself and my assistant Chris spent good and fascinating time between the countryside and water around Squamish and crisscrossing the fabulous city of Vancouver. It’s as good as all the descriptions that I had heard of the place before arriving here. And meeting many Vancouverites from different walks of life confirmed the quality of life you get here. Ah! The air and the great outdoors.

We visited a few saw mills and the owners gave us generous time within to look around. I found watching these huge cedars and Douglas firs being pulled from their temporary holding, water, and going through the various cuts and rolling turns both awe-inspiring and emotional.

These huge hulks that were once kings of the forests and with many years of growing wise and handsome, appeared now like forlorn, petrified carcases stripped of their bark and dignity. ‘From tree to plank in about 15 minutes’, I was assured as I enquired as to the length of process from water, through cutting, to being sorted and rested  as planks – still wet, I had noticed. Someone’s dancefloor or shelving soon to be.

We went back to Stanley Park where volunteers had gathered to help me make something.

We discussed John Cage’s 4’33 and how silence is not really silence, it’s merely a space for thinking. The context of this shifts from place to place and is the material for sound which in turn is the signal for thought. These figures in Stanley Park are amongst the trees that supplied and informed an empire. They stand still for 4 minutes 33 seconds to create a space for reflection. 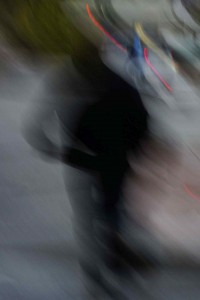 The blurred Running Figures provide a counterpoint but are not fixed and not distinct. It is uncertain from where they come and where they go. Their land is uncertain. They have become detached from land. In Europe at the moment we see many figures drifting through landscapes, through towns, seen but unseen. Unknown tensions rise from those who feel their ‘landscape’ is threatened and that somehow wealth is not for sharing. It is wealth for the new elite in Europe. And I’m reminded again of those lost figures of Hastings Street.

The artists who are selected to participate in  The Vancouver Biennale International Artists Residency program are rising stars in their own countries. The artists are required to involve the community in the realization of their projects. This program brings artists together in dialogue and builds lasting connections between the artists and the local community.