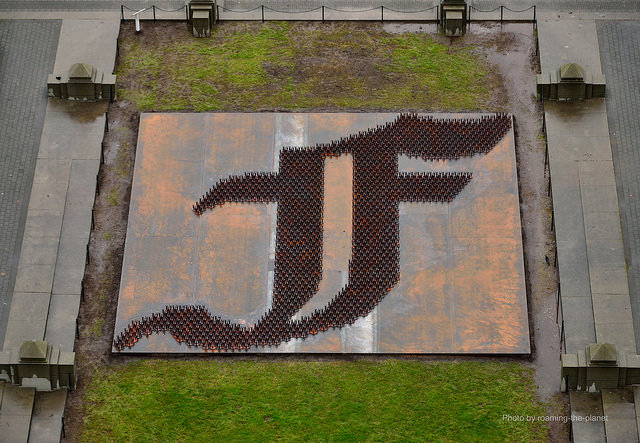 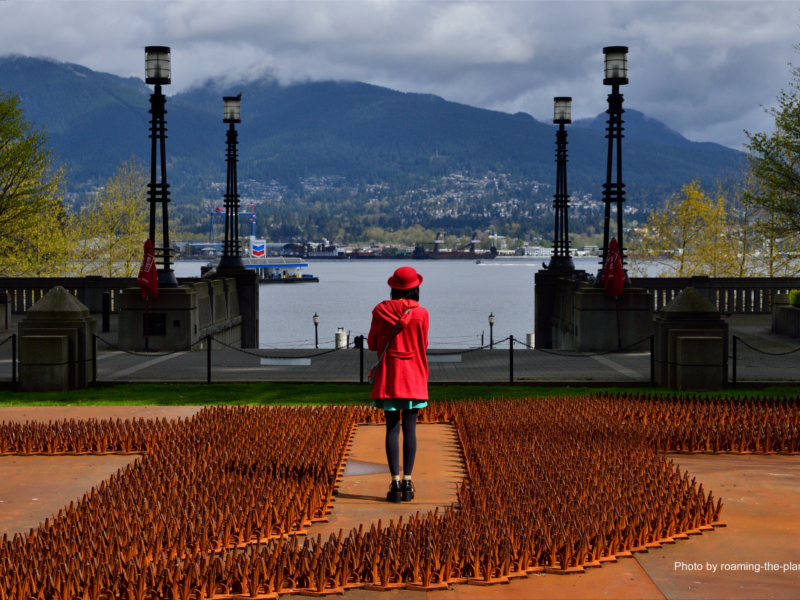 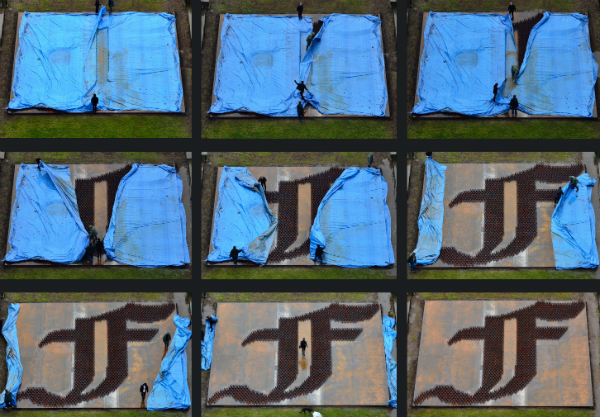 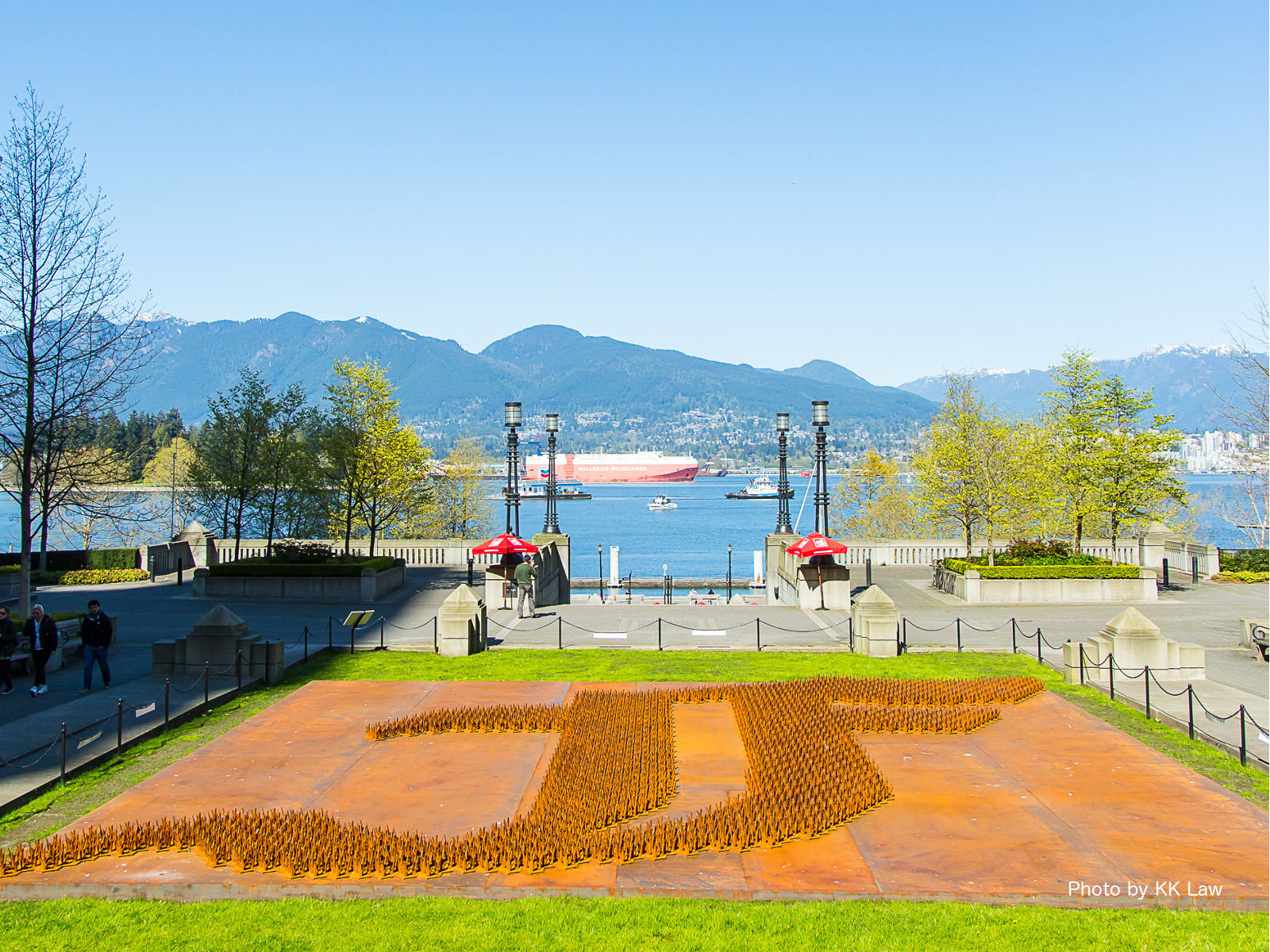 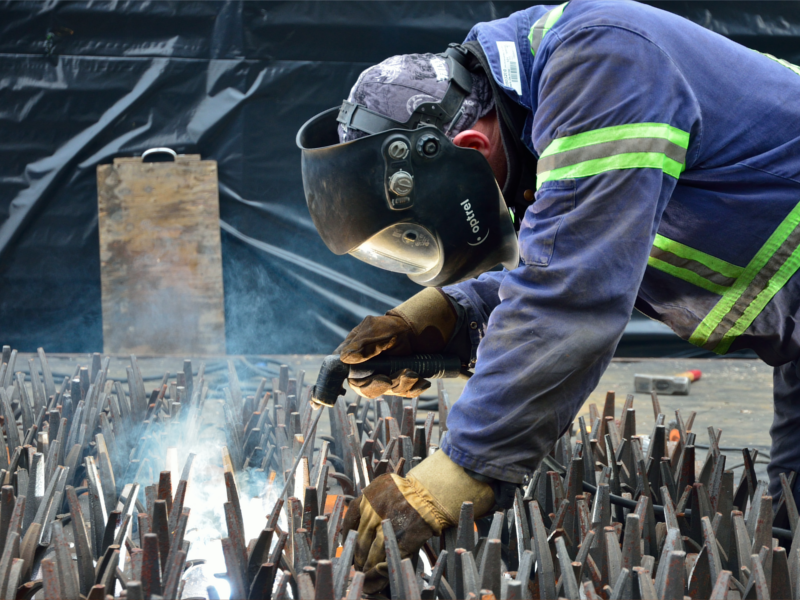 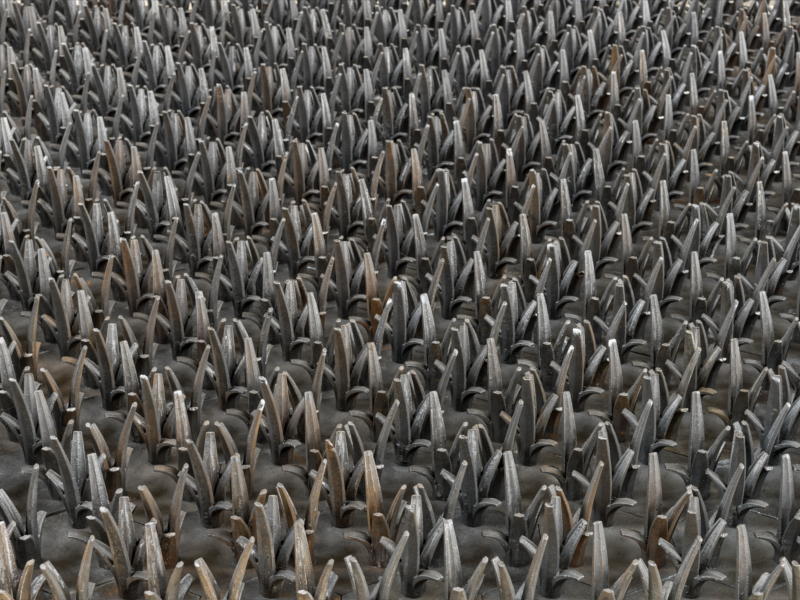 China’s most internationally celebrated artist and social activist, Ai Weiwei, participated in the Vancouver Biennale with a public art installation created specifically for the exhibition and the Harbour Green Park in which it was displayed for the duration of the 2014-2016 project.

F Grass used industrial cast-iron “grass” to shape an elegant calligraphic “F”.  It was an enigma that a Vancouver audience might have interpreted as symbolic of the recreational crop we’re most famous for and our laissez-faire attitude toward the laws that prohibit it, but the meaning was more about the relationship between the individual and the collective as well as the resilience of the human spirit in the face of Chinese government censorship, control, and secrecy.

F Grass was the continuation of Ai Weiwei’s large-scale installation Sunflower Seeds made for the Tate Modern in 2010. Sunflower seeds and grass shared a similar identity: each individual form was simple and miniscule, but when millions crowded together, they yielded tremendous power and vitality. In addition, they represented countless faceless people in society and their everyday life.

Although grass is the most common and ignorable part of our landscape, it covers everywhere and never stops growing. Grass is small and fragile, humble and flexible, yet it is strong and persistent and rises faster after having been stepped on. In F Grass the grass was reminiscent of an indestructible blockade of ground spikes.  Only from above could you see the “F” and the individual blades of iron grass that made the shape. The courage shown by ordinary individuals in everyday acts of rebellion collectively becomes a force to be reckoned with. The tone of defiance is clear.

Grass also referenced a central theme in a work that Ai entitled Grass Mud Horse. Because of a similar pronunciation the word “grass” in China has become a tongue-in-cheek substitute for the f-word. The Chinese character for grass is “cao” and can be found in the words “Caochangdi” (the district in Beijing which houses Ai’s studio) and “caonima” which means alpaca.  Over the past several years the alpaca has become the face of “grass mud horse,” a popular Chinese internet meme. Pronounced roughly the same way as a common obscenity, the “grass mud horse” has become a widespread symbol of defiance.  Youtube channels and online communities spin tales about the grass mud horse’s battles with “river crabs”—a phrase phonetically similar to “harmonious” and often used in the phrase “harmonious society.” Ai Weiwei embraced the “grass mud horse” as a vehicle to prod the government while underscoring the essential absurdity of its systematic censorship.

You can’t stop people from expressing themselves, no matter how oppressive the government control. F Grass was a clear demonstration of that, with Ai Weiwei getting his message out to the world despite his physical detainment until 2015. The work has currently been returned to the artist’s studio. 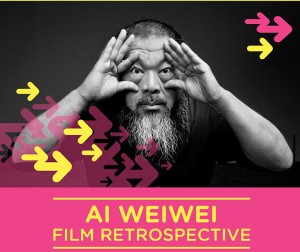