Captain Cook Elementary: Me, Myself, and I: the Many Faces of Me 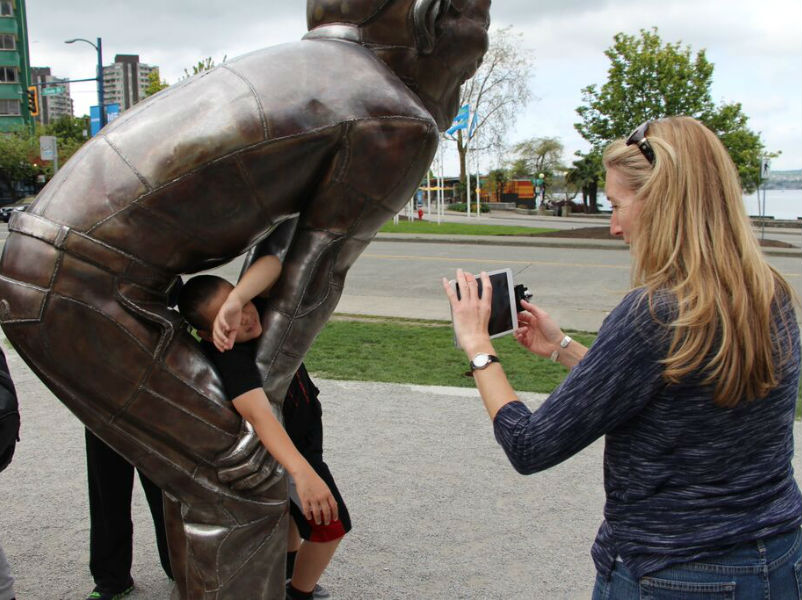 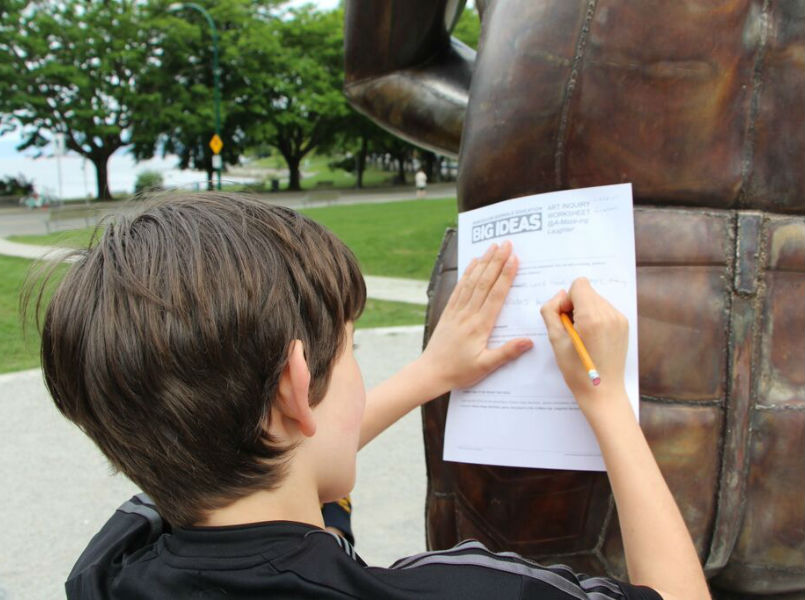 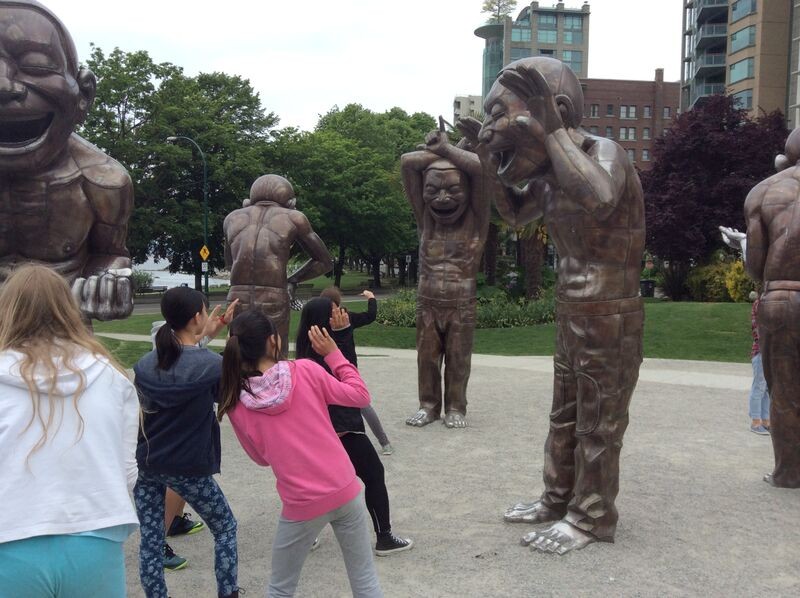 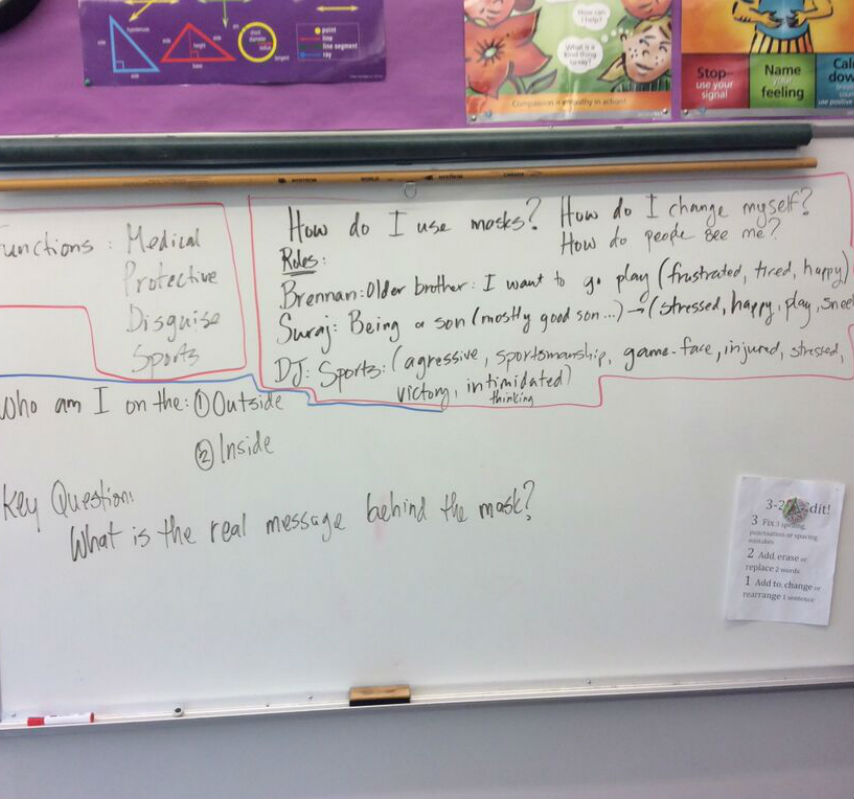 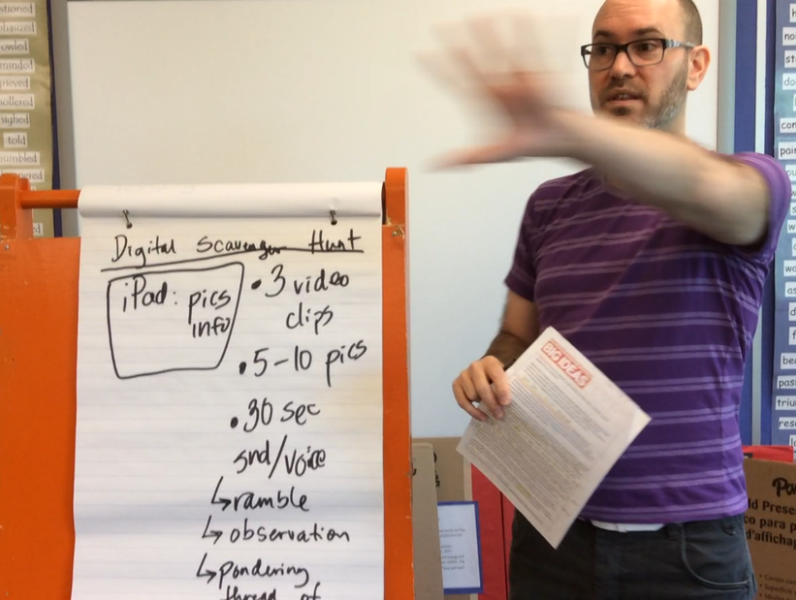 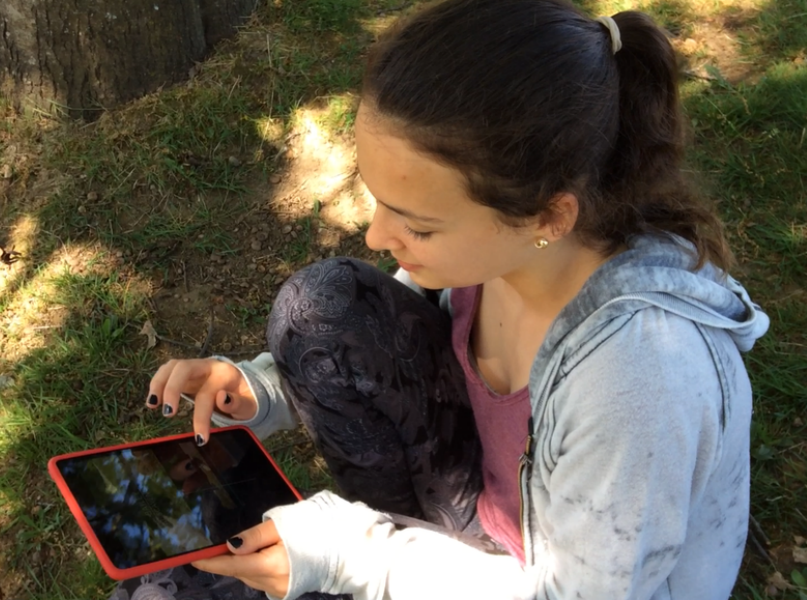 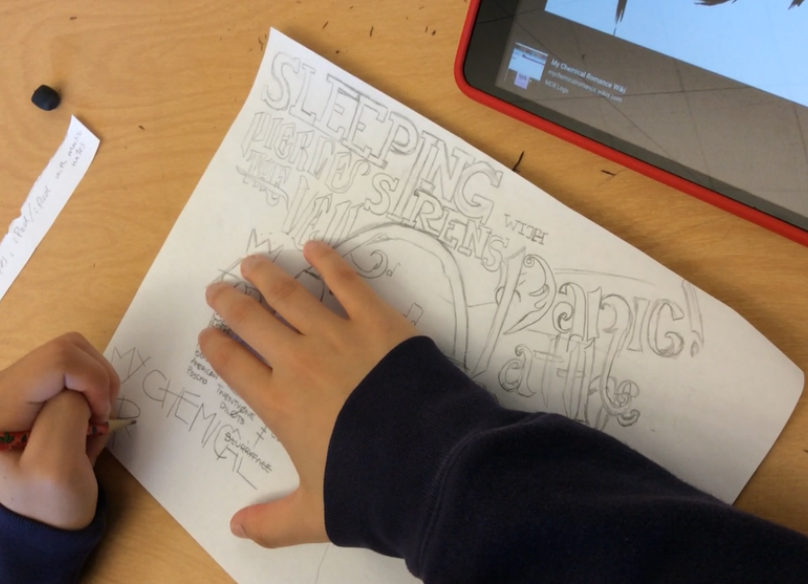 This project explored the many faces, masks, and characters that young people adopt or appropriate when dealing with issues that have personal impact or meaning.  How do young people process the overabundance of information made available through online media?  How do young people today find a place to stand in a world filled with blurred moral lines? Using video poems that incorporated student’s multimodal composing practices, the Grade 6 class created projects using the school’s iPads individually and in a small group.

The class explored the Exhibition Theme: Open Borders / Crossroads Vancouver by reflecting on how they relate this theme to personal stories, experiences, and identities.  The class chose to experience the A-maze-ing Laughter exhibit in English Bay.  By interacting with and reflecting upon the expressions and body language of the various characters, students engaged in a discourse around issues of “face”, identity, and representation that they feel may be occurring within each of the figures in the exhibit.  Students documented their thoughts and ideas on iPads for use later within classroom-based inquiries.

This project opened the borders that may have been created within the identities of the students.  Questions asked: Do young people compartmentalize the phenomena that they experience within their worlds?  How do they react to the segmented aspects of their lives?  In attempting to identify “who and how I am” in various circumstances,  the project guided students to attempt to close the borders between the student’s multiple senses of self.

Children are inundated with media messages and social networking pressures that greatly impact their sense of self and how they view their place in the world. In today’s landscape, it is important that students learn to develop critical thinking in regards to media messages, and that they are able to self-reflect, and develop confidence in their individual identity to work towards their unique potential.

How does the artwork that we make represent the many faces of individual identity?

How does online media impact a young person’s sense of knowing?

Mapping Identity: Have students take portraits with iPads to describe each emotion that they feel.  Attach these faces to their own journey and the places they travel regularly – home, school, the park, the mall, etc. What do these places tell us about who you are as an individual and your story?

Communicating a Story: Using the affordances provided by iPad technology, have students consider how they want to tell their own story. Students can use the “I am From” poem template as a departure point, keeping in mind how they want to communicate visually within their video poems.

Reading literary texts and writing meaningful personal texts: Read stories of immigrants to Canada, both past and present. Explore the elements of what makes a story – character, theme, setting, etc. Consider who has written these texts, is it written in first person, second person or third person? Have students make connections between the text(s) and personal experiences.What story do you want told? Have students record their own stories or the story of an imaginary character through writing. A suggestion approach is to have students write from the point of view of one of the characters in the narrative artwork they explored.

Due to the personal nature of the video poems, students made their own decision as to whether they would like to share their learning to the broader community for long-term influence. The available options were to share the poems during open houses, played during school assemblies, or submitted to local youth-based film festivals such as the “Reel-2-Reel International Film Festival for Youth”.  The focus being students as learners and communicators, to engage with an audience to get feedback, and ideally, to propel the action even further.

We have had such a wonderful journey with this project. Beginning with an exploration into thehistory of the mask and its use in various aspects of society, we explored how young people might understand the concept of masks as they related to individual identity. We came up with a line of inquiry that culminated in a single question, “What is the real story behind the mask?”. This dialogue was the perfect precursor for our field trip at the “A-maze-ing Laughter” exhibit. Students, guided by the Biennale art inquiry worksheet, explored each of the sculptures, wondering what the story might be behind each character’s smiling faces. Students also picked which one of the sculptures they most related to, and then took turns telling the fictional story of that character to their classmates.
The rest of the project consisted of exploring conceptions of self using portraiture, visual artwork, photography, video, and poetry. Using the “I am From” poem template, students combined all of their art media into one video poem that told the story of who they are behind the mask. Using iPads, students edited their video poems in iMovie and many also made original soundtracks in Garage Band. Working with the technology was a great learning experience for me as well, and I learned as much from the students as they learned from me. Charmian Bland was experienced and adept in using both programs, and was exceptionally good at organizing the projects in between classes and collecting the final videos. All of the students were challenged and engaged by this project – the creativity, exploration of identities and conceptions of self, and the multimodal production of the video poems. Overall I consider this to be a very successful learning experience for both the students any myself as an arts educator.