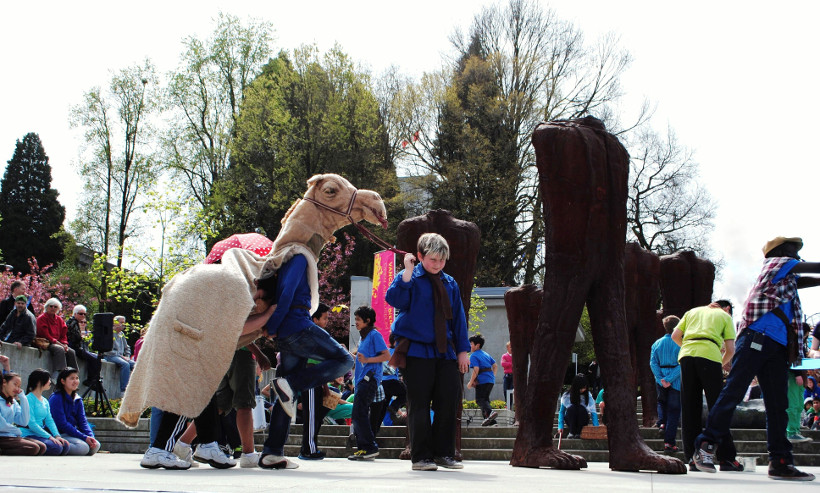 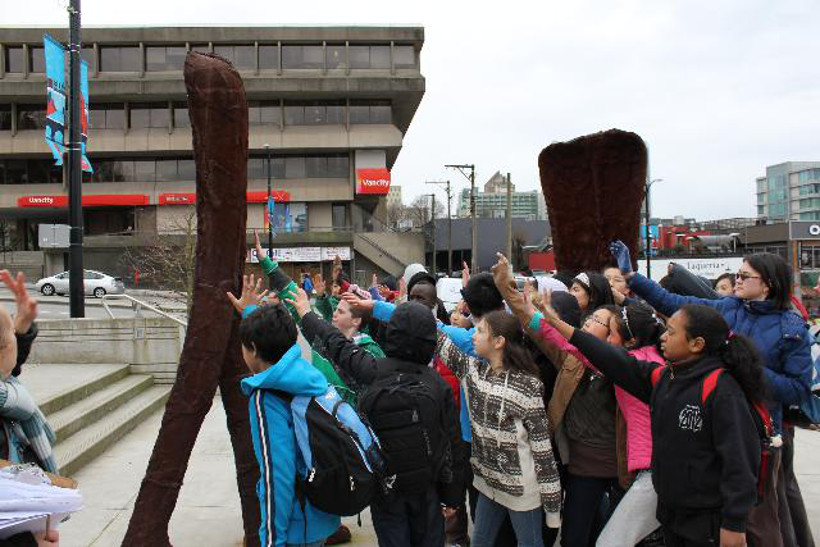 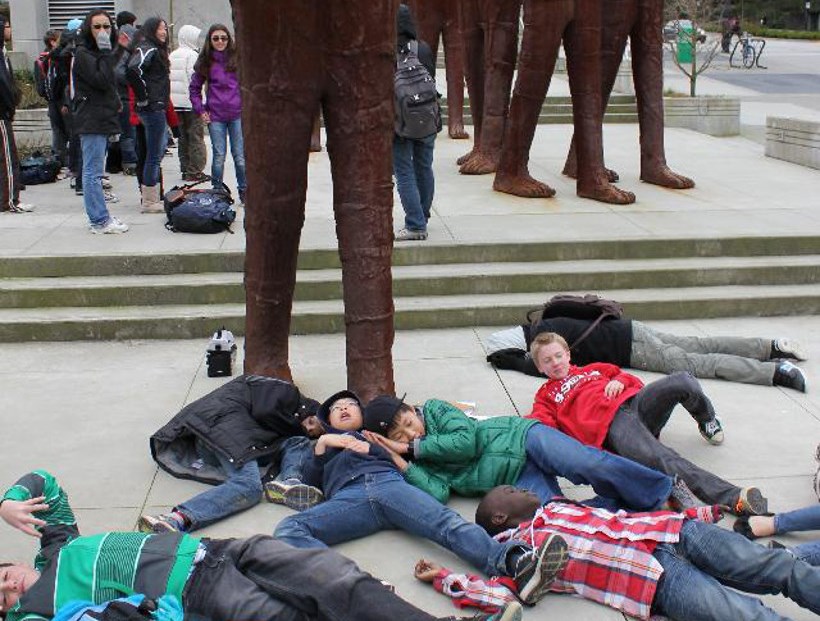 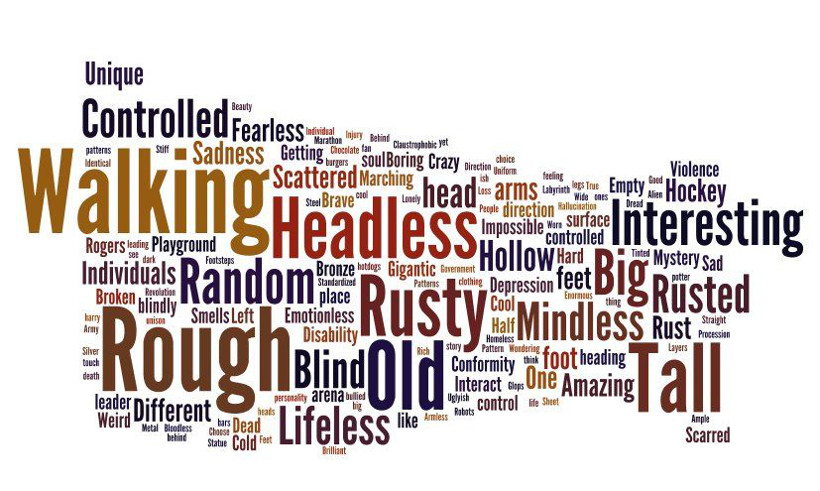 Inspired by the Walking Figures, the students reflected on the causes of the Fall of Humanity as rivalry, uniformity, nationalism, blind obedience, dissent, and group dynamics in the context of war. Two classes of students, under the guidance of the artist collaborator team, Heidi Specht and Lenard Stanga developed skills and learnt the physical vocabulary of live theatre. The students researched the background of the artist and worked with the inspired responses. These themes were explored in the public theatrical performance titled Legacy. The Legacy is about two tribes from long ago who lived together harmoniously in a land of abundance and happiness. Both tribes consulted the Thinker, who helped them find answers and showed them ways to understand their world. But when times get tough, the two tribes begin to ignore the Thinker, and see only their differences.

What can we learn from the past?

The students at Chaffey-Burke created and performed a theatre piece based on their written responses on the Walking Figures. The creative process was guided by the artist collaborator team. The project started with a learning focus on the theatrical process: developing skills and learning the physical vocabulary of live theatre. Exercises and games were chosen to compliment and focus on themes that students identified during the field trip to the Walking Figures. In the final phase of the project, the learning process moved towards ‘ends-based’ work, developing the story and script, suggesting storylines based on the previous phase. The final phase was full production, and with the students we devised and rehearsed the play

Artist and students developed the story and script, suggesting storylines based on the previous phase.

Teacher: “Our students did a lot of work with the themes they have interpreted with these walking figures. Some themes they came up with were war, rivalry and uniformity. If you look at the sculptures, they look the same from far away. When looked at close up, they look very different. That is something they have picked up and want to explore in their performance.” – Scott Hodges

Artist: “The piece that we created was a theatrical production. We started by teaching the students some basic concepts of theatre particularly concentration, focus, how to work as a group and the importance of ensemble. Try to give them some skills around devising and how to create an original piece of work.

The students came to the site and explored the site in the context of the theatrical vocabulary we had been talking about. We asked for their response to the site. So we took that and with the students built a theatrical presentation.

They did a lot of research about the artist and what kind of conditions she came out of, what her background was and what inspired her to create the work. For her, it was those being oppressed and not having a voice, being conformed. So they all wrote a piece about moments when they have felt they have had to conform or felt oppressed. A lot of the imageries in their narration came out of those writing exercises. Then it was getting them up on their feet, picking their ideas and improvising.

The story art we eventually settled on, was the fall of an ancient civilization. There was a joyful kind of era, and then some bad things happened like war, and nationalism. The sculpture is the legacy. The people in the civilization look through the sculpture to learn there are better ways.”

Students: “The Vancouver Biennale Big Ideas Performance Project was a very unique learning experience. Heidi and Lenard are both really enthusiastic people and teachers and I had a lot of fun with them. They can let out all the energy in us actors in training and are both so unafraid to express in emotions and actions. I personally learned to just hide my pride for just a while and do things that are out of my comfort zone but can bring others happiness.

It’s really creative of the Biennale consultants to have students of varying ages and artists with different professions perform at various art exhibitions. I think that the messages behind all performances are different for everyone of different ages and cultural backgrounds because the way that we all think is unique. It feels really cool to have a group of people watching or performing the same production yet having different points of view. The artwork themselves are also very inspiring and carry different stories for each and every one of us. This production reflects our thoughts and feelings back to us in a personal yet genuine way. It can show us who we are and who we might aspire to be.” – Ariel Pan

“This is mainly about being ourselves and becoming as one, not worry about who is who and what is what. There is always going to be problems but at the end we always can figure it out.”

“The idea of nationalism, originally we have one tribe and they get suspicious of each other over something small like fruits, water and resource.”

“This is a different experience; we did not know what would come out of it. At the end, we are all very proud of what we did. We think we would like to do something like this again.” 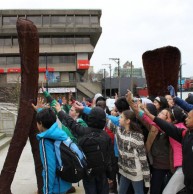