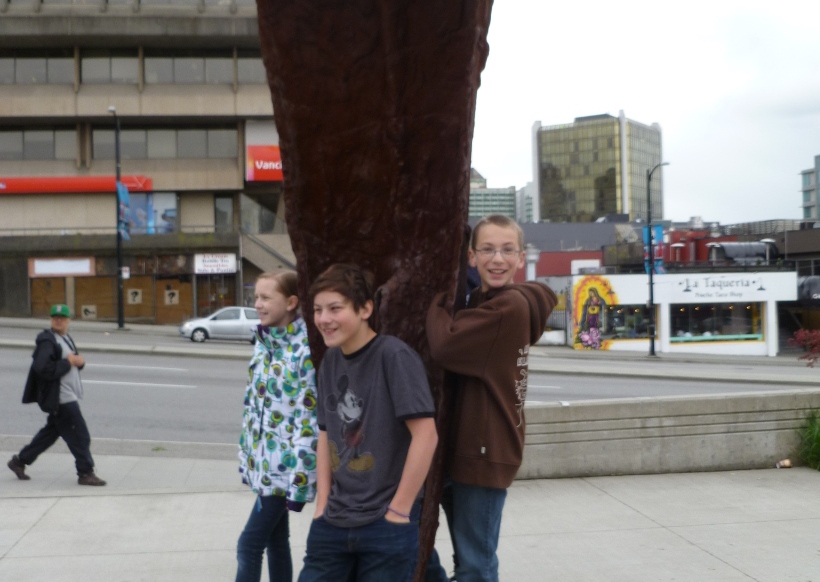 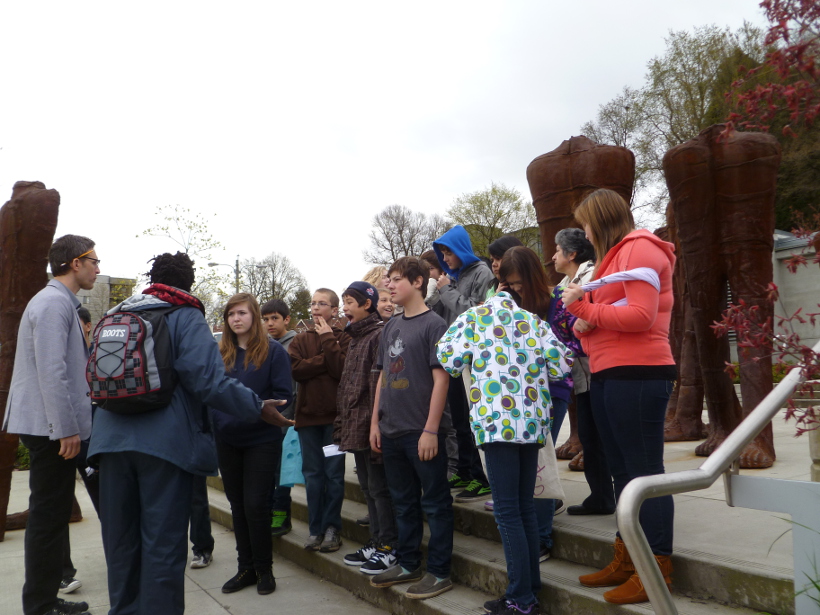 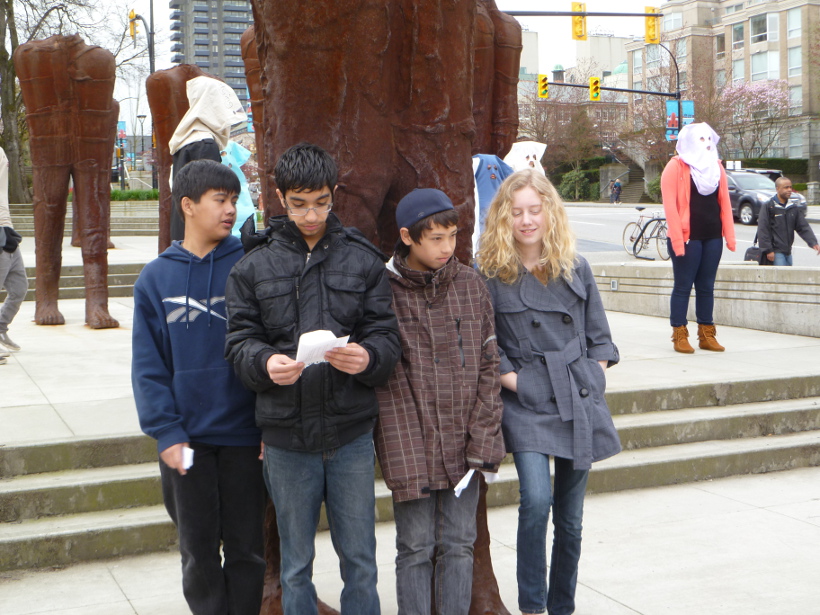 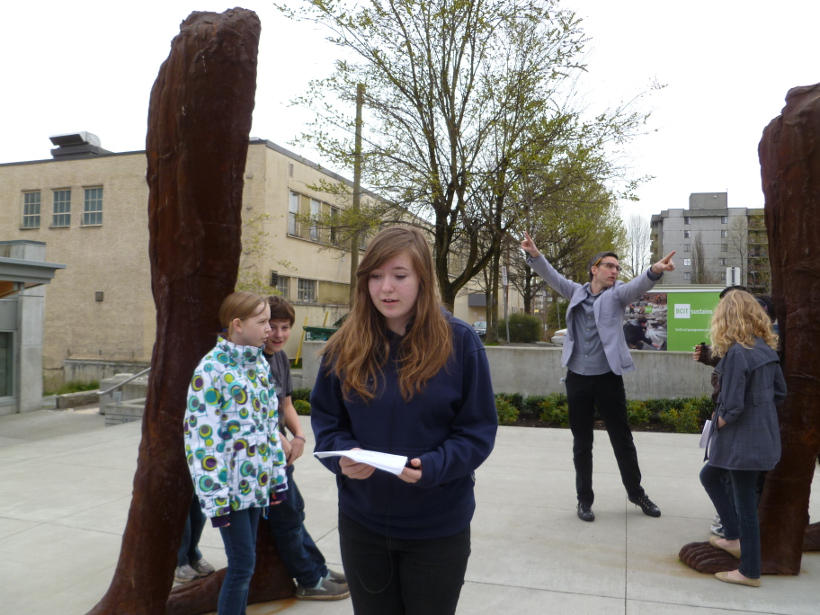 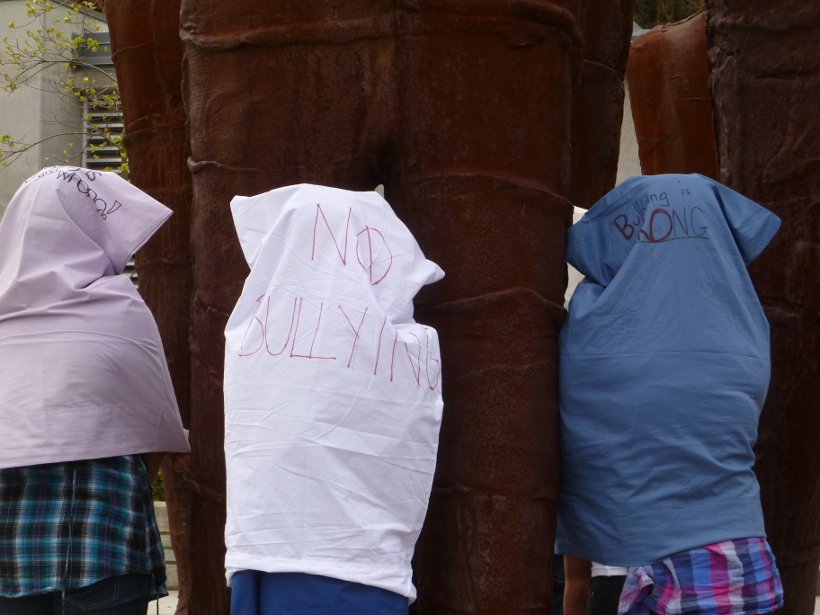 Students expressed their responses to the BIG IDEAS Bullying Through Our Eyes with an open exploration and discovery process. The students wrote poems on the issue of bullying. Through their poems, we were able to hear the voices of the people who are impacted by bullying. Working alongside their teacher and performance poet Queenie (A.K.A Dr Valerie Mason-John), students created a performance entitled Stop Bullying Now to express their emotions and thoughts through spoken words to raise public awareness. Their performance sent a strong message on the serious impact and consequences of bullying. The students performed in front of their whole school and in public as their way to help stop bullying through heightened awareness.

Bullying Through Our Eyes

What can we do to stop bullying?

The students explored the theme of anti-bullying through discussion of the different perspectives on, and range of bullying and the impact it has on everyone. The students read and researched the Vancouver Biennale sculptures and lessons plans online. Once that was completed, they visited seven Vancouver Biennale installations at various public spaces as inspiration for their thoughts on bullying. In teams, students exchanged their bullying responses to the sculptures of their choice, composed a group poem and prepared a visual Animoto presentation. The Walking Figure was selected by the class as their presentation site to voice their collective message to the public on bullying.

“They were really quite proud of themselves that they managed to first of all pull it off and perform and create the pieces that they did. Then when they saw all the other classes that were there that day, I think they realized that it wasn’t just a little thing, this was a large production inside the city.”

“They chose Walking Figures because of what is represented, because the figures are beheaded, because it represents war, being a target or a victim.”

“Hopefully we are going to put ourselves out there more and learn more things.”

“At the beginning it was kind of nerve-wracking but in the end I’m like kind of glad we did it.” 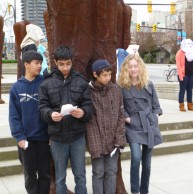 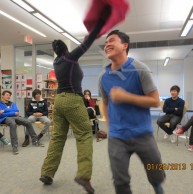