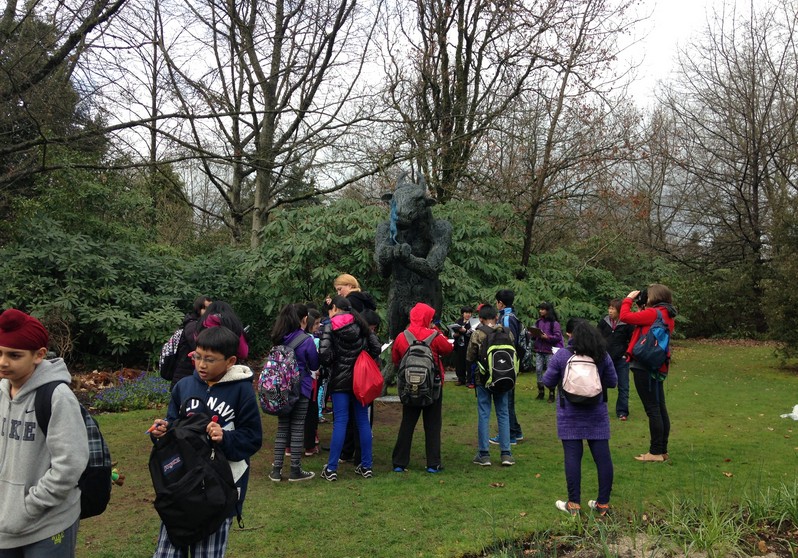 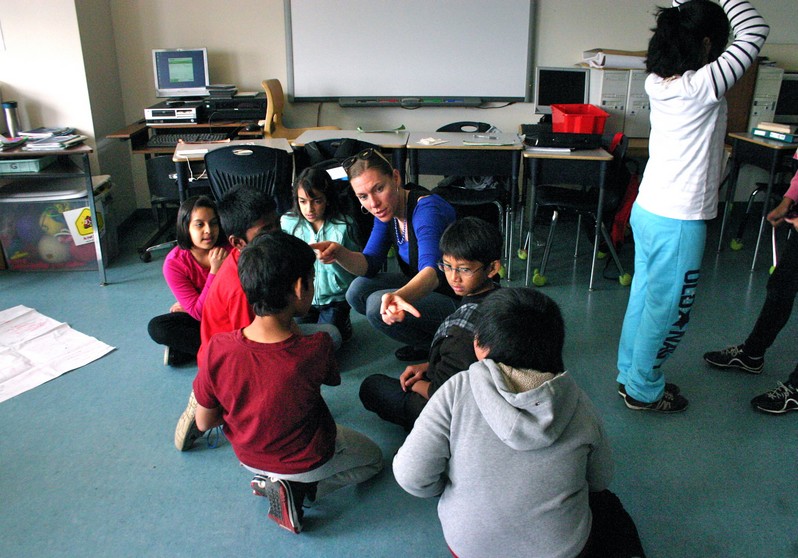 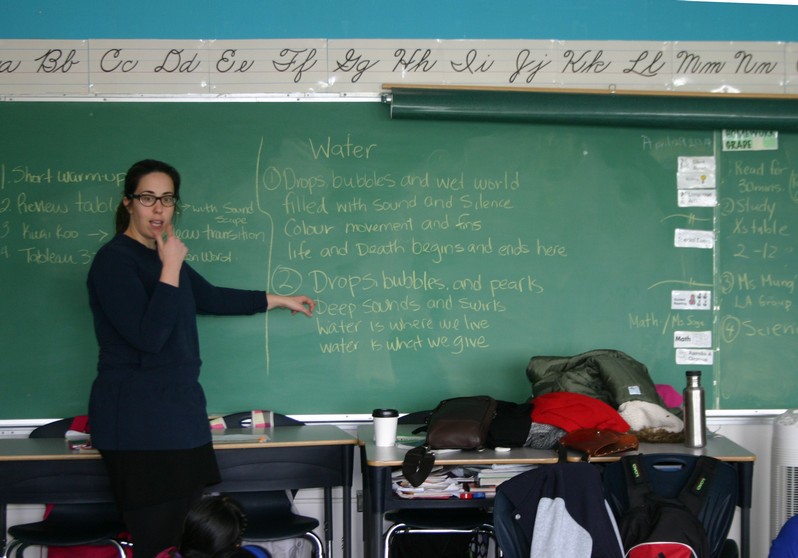 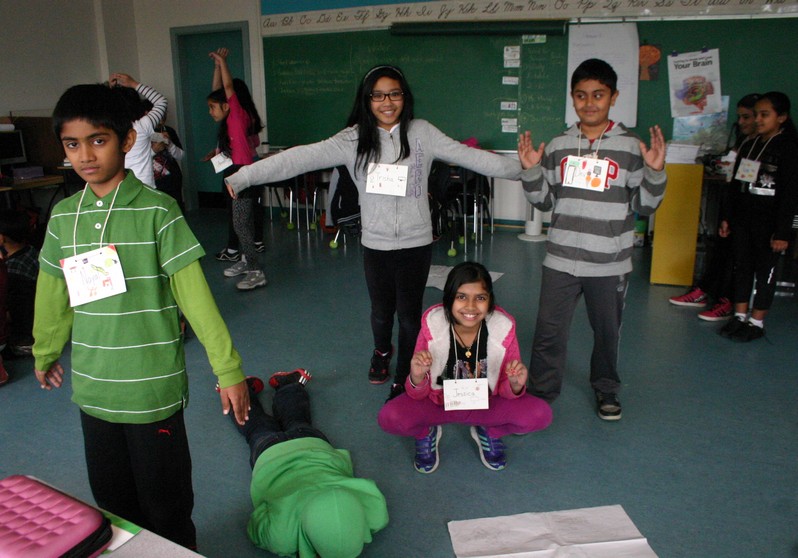 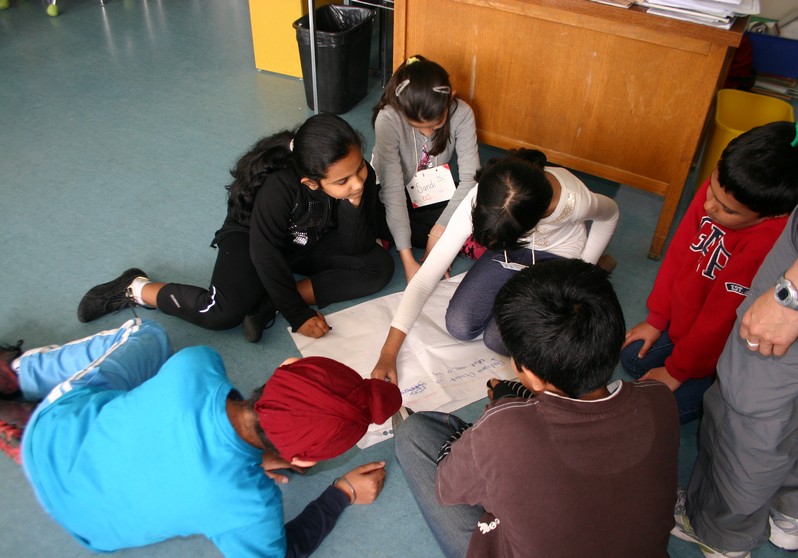 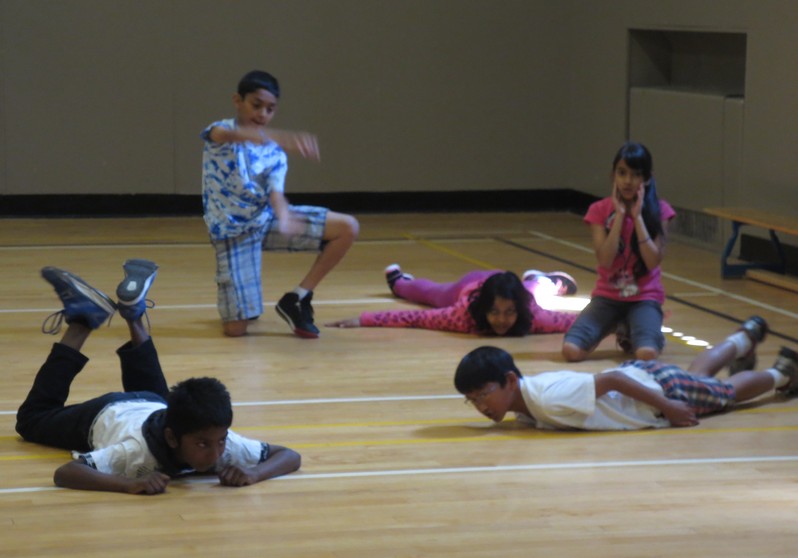 Web of Life: How do living organisms affect one another and their environment?

How do humans perceive their environments? How do this affect their behaviour? How do plants and animals survive in their habitats?

Minotaur and Hare (Sophie Ryder, England) – Students imagined the story behind Minotaur and Hare, discussing the relationship between them and they way that they interact in their environment.

The curatorial theme of the 2014-2016 Vancouver Biennale exhibition is Open Borders / Crossroads Vancouver. This project connects to the Exhibition Theme in many ways:

• Kudeekukuru A song written by Tom Allen from Scotland inspired by the music of the Baka people of the Central African Republic. It is an ode to the God of the forest Mele’e and an apology for the destruction of the rainforest.

• Organisms and their Habitats, Slideshare

During a field trip to Minotaur and Hare students began their inquiry into how organisms affect one another by imagining the relationship between the two figures. Drama and movement artists facilitated workshops incorporating movement, sound, acting games and personal reflection to help students explore the roles organisms play within their environments. In class, students inquired into the adaptations and interactions of a variety of different organisms. To further their inquiry, students used their understanding of biology and adaptation and applied it to human adaptions and interactions, focusing on the impact of humans on their surrounding environments. Using the stories they created about Minotaur and Hare, students investigated the role of animals in First Nation culture, researching the art, agricultural and hunting practices of the Squamish nation. Students then performed Web of Life, a presentation of skits that explored different environments to share their learning with their school and reflect on the interconnectedness of the world around them.

Arts Education: Through drama and writing workshops, students learnt how to respectfully communicate with one another and how to express their learning through a variety of artistic methods such as tableaus, movement, percussion and song.

Language Arts: Drawing inspiration from Minotaur and Hare, students used storytelling to explore how different organisms interact with one another. Students then created poetry for their performance that expressed their learning and the atmosphere of their environment.

Science: Students inquired into what structural and behavioural adaptations organisms have in order to survive and thrive in their respective habitats. They furthered their inquiry by researching how humans survive in different habitats, the impact of humans on the environment and the ways in which plants and animals are able to share their environment.

Social Studies: Students asked and discussed how animals are sacred to Squamish First Nation culture, looking at totems poles, mythology and art. After a field trip to the Museum of Anthropology, students explored different points of view on the past, the present, people, places and events.

At a field trip to see Minotaur and Hare at VanDusen Garden, students were challenged to answer questions that inquired into different aspects of the sculpture. Focus was given to looking at the sculpture from different perspectives, asking questions about its materials and the story behind the two figures. Students were inspired to create myths and legends about the Minotaur and Hare, observing how they interacted with one another and reflecting on the emotion states of each animal. Taking this inspiration into the classroom, students began to learn about the behavioural and structural adaptations needed by animals in order to survive with one another in their environment.

To share and enhance their learning, drama and movement artists worked with students to create skits depicting the relationships between different animals in a variety of ecosystems. Students created tableaus of different environments such as “The Sahara Desert”, “The Pacific Ocean” and “The Milky Way”, taking on the role of different animals within each. Exploring how environments change with the addition and extraction of different animals, students created a moving tableau of the animals engaging with one another. Sound, including percussion instruments, was added to the tableaus as students discussed how sound affects the way organisms communicate and survive. The final tableau included poems that students wrote in their groups, expressing their learning about the environment and conveying the sounds and atmosphere found there.

As students created connections between each tableau they learnt about the impact of humans on different environments and the adaptations we undertake to survive in different situations. Investigating the relationship between humans and different animals further, students researched the role of animals in the Squamish First Nation culture by going on a field trip to MOA and visiting the Squamish Cultural Centre website. As a final presentation, students performed their series of skits to the school, sharing their learning and appreciation for the complexity and interconnectedness of plants, animals and humans within different ecosystems.

Students created tableaus, poetry and skits about the relationships between animals in different environments.

Students learnt about the interconnectedness of life and that the choices they make can impact the plants and animals they share the earth with. They presented their learning to the school through a performance of their skits.

We began this class project with a fieldtrip to visit a sculpture by Sophie Ryder called Minotaur and Hare, which started the students and teachers brainstorming the interaction between science and art, myth and biology. We engaged the children’s creativity with drama games, environment-inspired song, and discussion of organisms in relationship to each other and their environment. Over the course of 6 weeks workshopped three separate tableaux (living picture): a frozen tableau, a moving tableau with sound, and a moving tableau with text/poem/prose. The children researched in class time their group’s chosen environment and their chosen organism, discovering what it looked like, sounded like, what it ate, how it moved, and what adaptations it has developed to survive the respective environment. The final project streamed together the Rain – Body Percussion, Kudeekukuru (Rainforest song in tree parts), and then dissolution of this as a short enactment of the “big bang” and evolution into their tableau groups, ending again with dissolution into sound and chaos. Not only did the children learn a great deal about ecosystems and zoology but also how to enact this knowledge through movement, theatre and poetry. 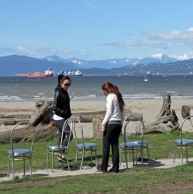 Inter-dependency of Humans and Ecosystems