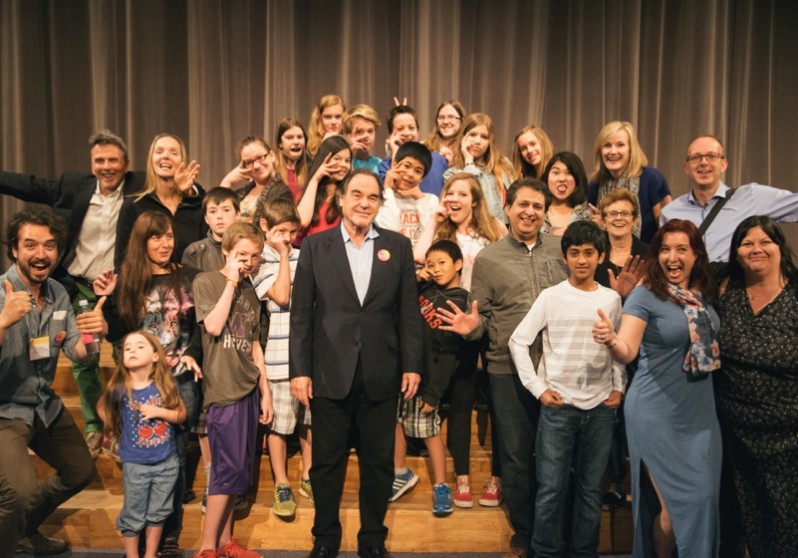 
Screening of Last Year in Vietnam, Oliver Stone’s first short film made as a student at NYU, followed by a Master Class discussion on the theme Your First Film.

I was so excited when I saw Vancouver Biennale’s FB post “Master Class with Oliver Stone”.  It was a rare opportunity to see Oliver Stone in ‘real life’.  An icon that you hear about, read about, watch on TV and of course see his name as they roll the credits on major Hollywood films such as  JFK, Natural Born Killers, Nixon, Midnight Express, Platoon, and Born on the Fourth of July among many more.

The Djavad Mowafaghian Cinema was packed.  There was a lot of buzz and excitement around me.  When Oliver Stone made his entrance on the stage, it was a real warm welcome from Vancouver.  He told a bit of his story of how he became the Oliver Stone we all know and love today. He talked about growing up in New York, his parents divorce, time spent between France and the USA, his college days and of course the making of his first film.

During Stone’s second attempt at College, he met now Director, Martin Scorsese, who was his first teacher, and a man whom Stone credits with helping him to focus and channel his rage, convincing him to look into his own experience’s for making a good film. Being a Vietnam veteran, he chose that as his subject. Stone made two short films in College. We had the honor of watching his first film, Last Year in Vietnam, a story about a war veteran wandering the streets of New York.

Although there was no dialogue in Last Year in Vietnam, there was a female narrator who delivers the fitting words of the images as well as music which helped create the experience. Shot in black and white, the film shows a man trying to forget his Vietnam Memories by throwing his war-memorabilia (photos, medals) away. Through the story there are mixed fragments he shot while stationed in Vietnam.

Once the film ended the floor opened to a Q & A.  There were some great questions.  Upon completeion of the Master Class, Oliver Stone exited the stage.  We, the audience, were told that he would be back for a group photo.  Quite a few of us made our way to the stage in anticipation of this photo op. We waited around for 10 – 15 minutes and an announcement was made that “Oliver Stone had left the building”.  Bummer.

Although the photo opportunity would have been fun, it was nice to meet up with some colleagues for drinks in the lounge.  As I was leaving the event, I turned the corner to walk down a hallway and found myself face to face with Oliver Stone.  He was taking photos with some other attendees. He looked over at me and smiled.  I smiled back and motioned with my hand that him and I get a photo and he happily obliged.  It was truly a great moment.  He was a true gentleman and gave me a hug after our photo.  I hope our paths cross again, but if not, it’s definitely a moment I’ll remember.  Thanks Vancouver Biennale for putting on such an amazing Master Class. 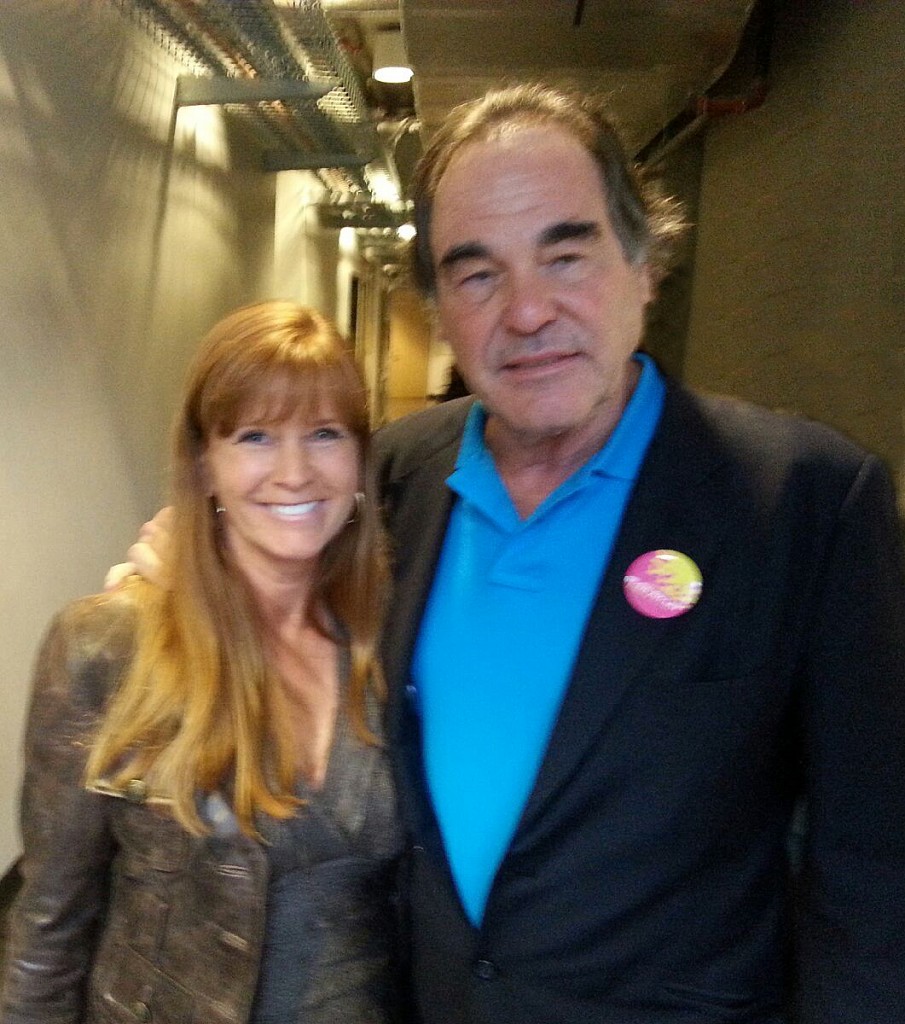