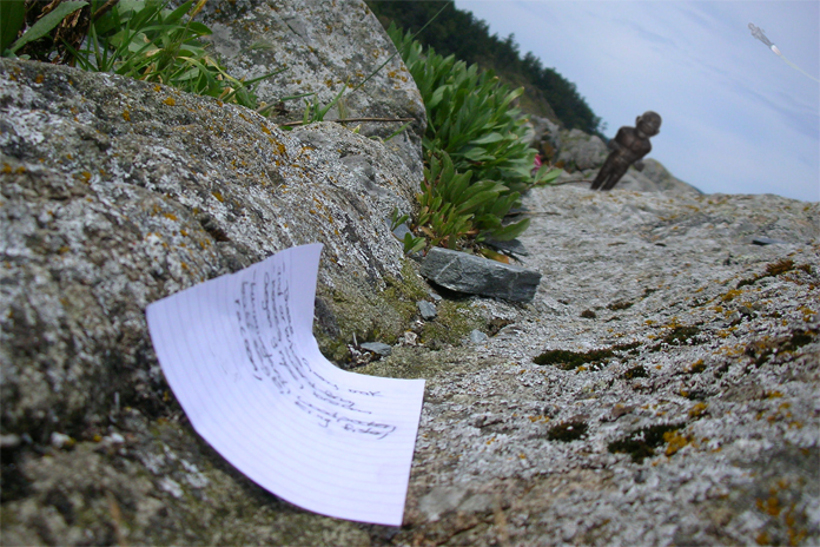 I took this photo on a sunny winter day, near Victoria, BC. I brought along with the camera my letter directed toward the person who had made me feel dis-empowered in the past. I wanted to create a personal dialogue between the audience and I, on my concept of repression, of what I have went through, and what I am STILL going through because of it. On the letter, this is what is written: Thank you,

And sorry for trying to help you.

Courage was something I’ve been working on, believe me. (For you had destroyed even that)

I don’t know where you are right now, but guess what,

Look up sometime, and maybe you’ll see me, high above.

Despite the whole courage thing in the letter, when one sees where the letter is actually placed, it becomes ironic. Instead of lying on the hands of the receiver, it is simply lying on the rocks on an unknown beach, waiting for the wind to blow it away; it’s as if the sender (I) still hasn’t welled up enough courage to send the darn thing. Overall, this piece shows the fragility of one’s heart, and the impossibility, or the longevity of repair.