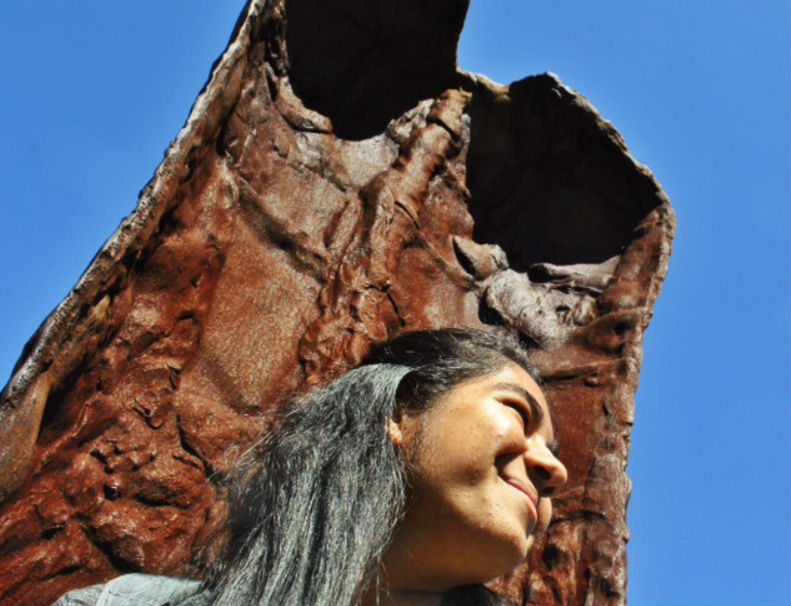 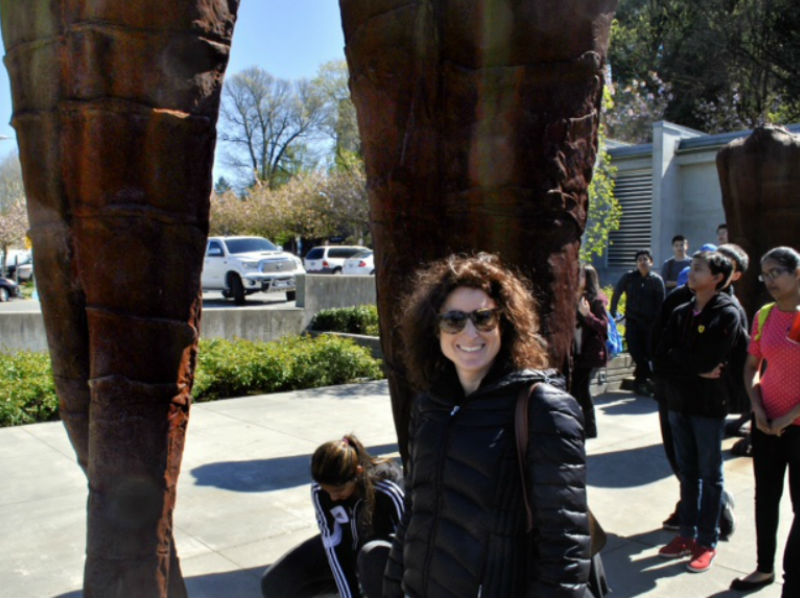 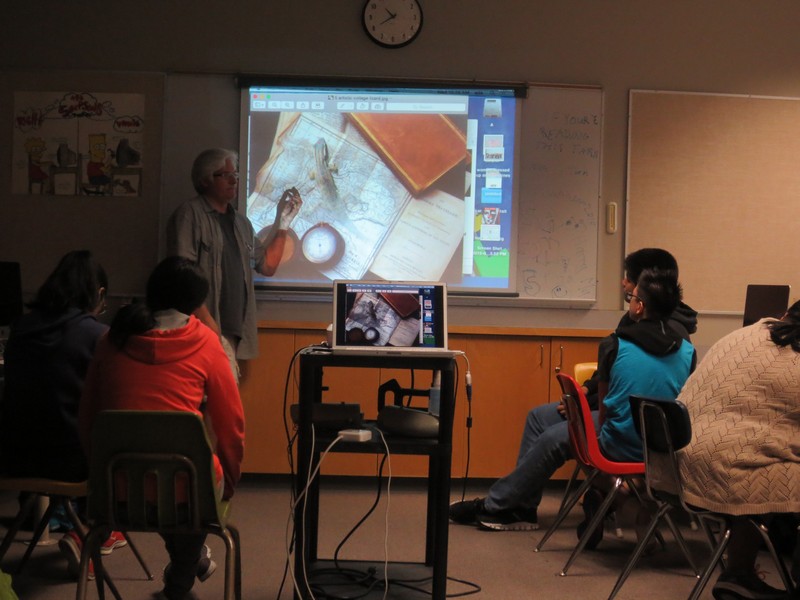 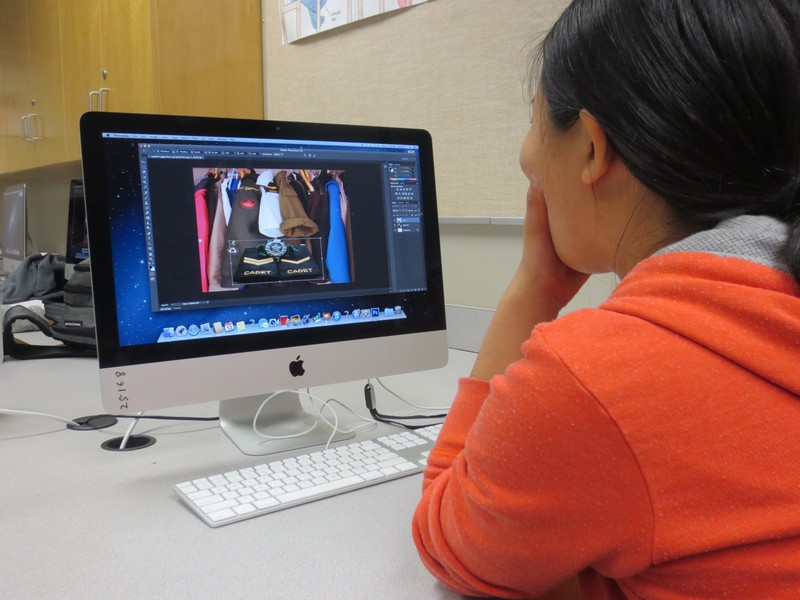 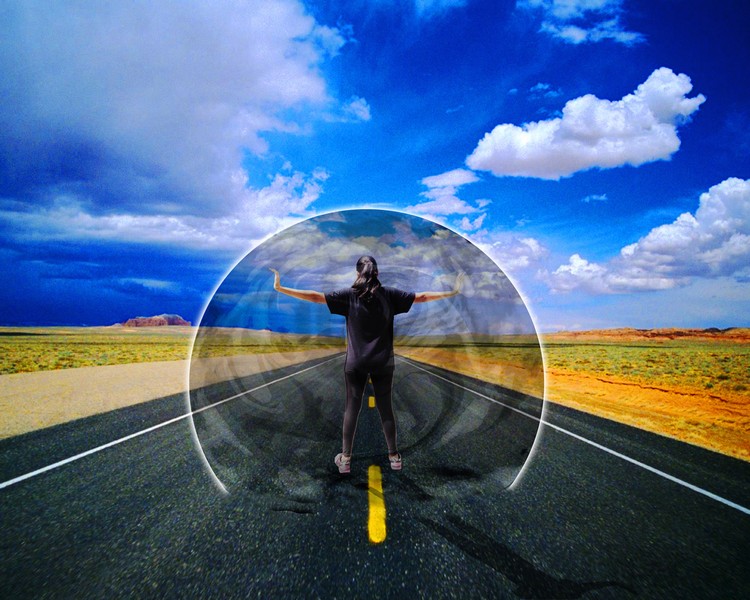 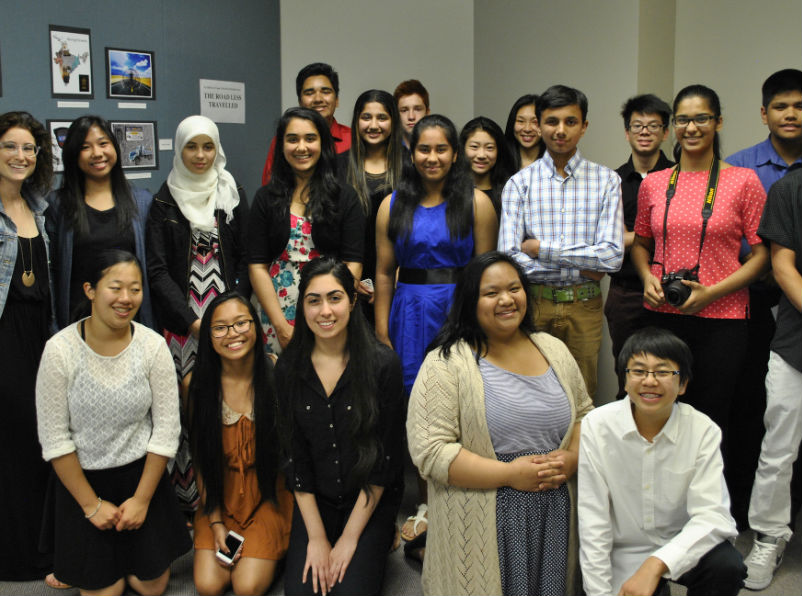 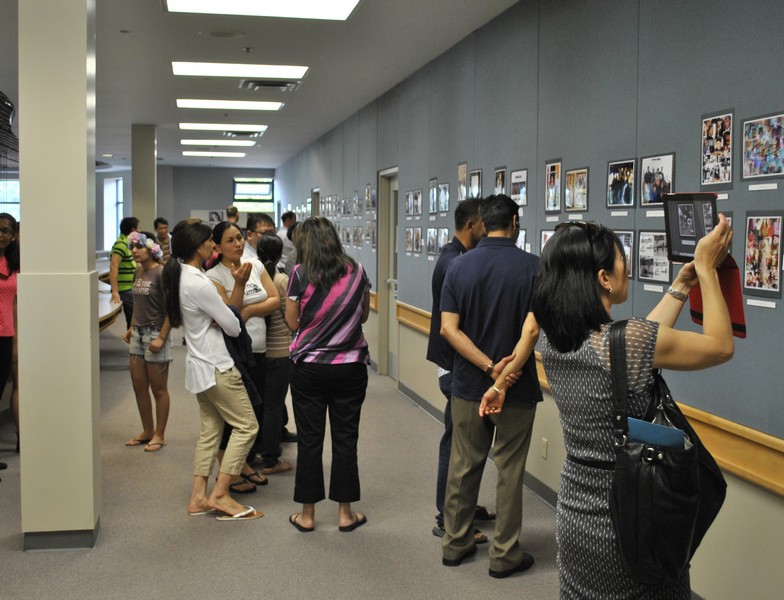 This project is an inquiry into the topic of free will and choice.  While being inspired by the Vancouver Biennale sculpture Walking Figures, and delving into the novel Absolutely True Diary of a Part-time Indian, students identified and reflected upon moments of crossroads in their lives, and in the lives of others, in order to learn about the process of making choices and their impacts and consequences.

Students visited Walking Figures to look into how this sculpture speaks about democracy and the exercising of free will.

Students were introduced to other Vancouver Biennale installations: Home by the Sea (which represents two possible choices, and the space in-between), Love Your Beans (which talks about existing uniquely in the world without judgement), and The Meeting (which portrays humans stuck in indecision, or human potential right before taking action).

Students engaged in a novel study of The Absolutely True Diary of a Part-Time Indian, by Sherman Alexie.

Students examined and analyzed the poem The Road Less Travelled by Robert Frost.

Overall, students gained an understanding on how humans, upon encountering crossroads in their lives, have the ability to move beyond borders which may be real or imagined.

The human experience is full of choices, some of which are significant and life-changing.

Our choices define us.  They reveal our values, and the true nature of our character.

Students were asked to find people in their lives who took “the road less travelled,” and tell a story through photographic form.

Students then went on to depict some of the choices in their own lives in photographic form.

Students wrote a bio-poem, as an introduction to poetry, and to self.

Students reflected on the topic of choices by identifying a good choice that they once made in their life, and a really poor choice.  Students then explained why each choice fits into its category, and addressed what caused them to make each choice.

Students came up with the toughest choice that they have ever had to make in their lives, and wrote a personal narrative.  In the story, they explained what they based their decision on, whom they consulted, and what were the results of their choices.

Students chose 3 people and asked them to describe a choice that “has made all the difference”.  Students took a photo of each of their 3 chosen people, one that somehow relates to the choice that was made.  Students took a photo of themselves that represents a crossroads in their lives.  Students included a statement about: what choices are the hardest for people to make, what their own choices in life have so far said about themselves as people, what they would like their choices in the future to say about themselves as people, and how they will evaluate the success of their choices later in life.  As a final reflection of this learning process, students responded to the prompts, “I used to think… and now I think…”  Their collections of photos and writings created a personal photo/writing display.

Students created a photo gallery in their school that is a visual display of their own choices, and the choices of others, and that documents what they have learned in this inquiry.

The Big Ideas project, Crossroads: Taking the Road Less Traveled, gave me the opportunity to explore the ways in which art can help to create a path through which students are able to find a way to understand the connections to pivotal points in their lives. Initially inspired by the Guiding Questions, “How are we the sum of our choices, and the choices of others?” and the Enduring Understanding, “The human experience is full of choices, some of which are significant and life-changing”, my involvement with students began with a look at the sculpture Walking Figures by Magdalena Abakanowicz. Given the scope of the Cambie project and knowing beforehand that it would also incorporate a novel (The Absolutely True Diary of a Part-Time Indian, by Sherman Alexie), a poem (The Road Not Taken by Robert Frost) as well as a film (Run Lola Run by Tom Tykwer), all in the pursuit of helping to define just how exactly one goes about articulating their own personal narrative, it was important for me to make an early link between Abakanowicz’s own biographical details and her sculpture. Students were then taken to the location of Walking Figures at the Cambie Street Skytrain station where they had an opportunity to see and experience in person the affect of Abakanowicz’s larger than life cast iron figures. For many, this was their first experience seeing public sculpture in person and they were very pleased that it was so accessible to the public. Needless to say, the students were impressed by the work but equally intrigued by Abakanowicz’s motivation for its creation. During my follow-up visits to Cambie Secondary, I set out to link personal events in the lives of individual artists with the artworks those artists would eventually create. Since our class was about to embark on a photographic project, I had them look at the photographs of Annie Leibovitz, Cindy Sherman, and the Vancouver artist Jeff Wall. We were in part, looking at a wide variety of styles and skills but at the same time trying to find that thread of momentum that follows the conceptual stages of the creative process when a visual narrative is also a central design component of a final photograph.

Students embraced the nature of visual storytelling, eventually using collage as a format through which to begin piecing together pictures from their lives as well as their family history. My role at this stage was to guide them through digital imaging using Photoshop and offer any technical or conceptual guidance while on this journey.

This early stage also consisted of me listening to the students talk about their own histories and the histories of their parents and grandparents and then trying to source out images that would serve as a foundation for their personal narratives. Each student created four individual works, each 8 inches by 10 inches in diameter. On numerous occasions I could tell that students were quite surprised by the number of choices and decisions their relatives had to make in order to provide a better life for their children. In so many ways, it was, for the students a very humbling moment that provided both insight and admiration for the journeys that their families had taken.

The final stage of this project was an exhibition held in the gallery space of Cambie School. This consisted of almost 100 images arranged in groups of four, each with an accompanying text written by the students explaining the inspiration for each image. Students organized desserts and tea for the occasion and the turnout for the exhibition was fantastic. Students were dressed professionally and were outstanding advocates for their collective presentation.

When I look back now at the journey each and every student began almost five months ago, I can’t help but wonder how many of them would have taken an easier course had the opportunity been presented to them? I can remember a certain hint of trepidation in their eyes those first classes when the full extent of the project they were about to embark upon was becoming increasingly clear. In the end, just like Abakanowicz’s cast iron figures, each one an individual, but all moving collectively, they proceeded into the unknown and that, to quote Robert Frost, “made all the difference.”

Thank you so much Adrian for supporting our entire class with our projects and offering me advice! I will never forget this experience!  I will also like to paint one of the pictures edited in Photoshop as you said! (in the future!) Really, thank you so much for coming in and mentoring us, and offering us inspiration! – R.H.

This project is generously sponsored by London Drugs 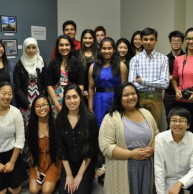 Cambie Secondary • A Look at Our Choices