Getting Cultured with our Community Partners this Spring 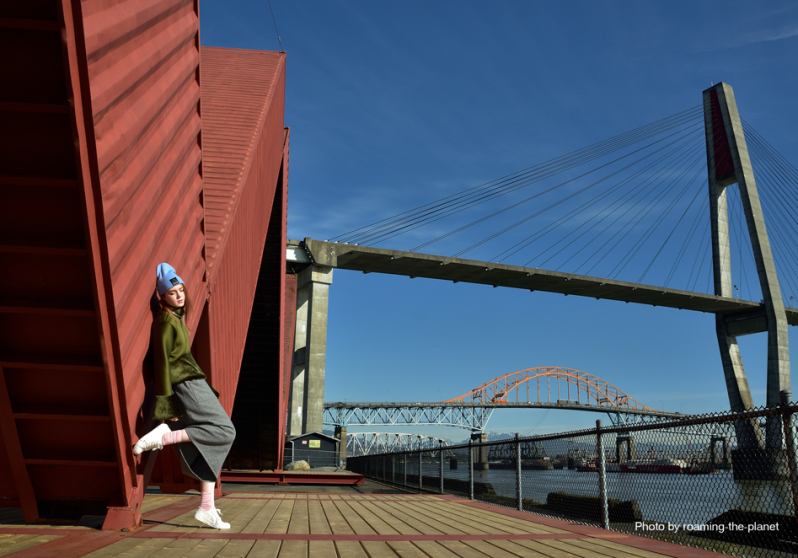 The Vancouver Biennale is known for large scale public sculptures but we include many other artistic practices and mediums in our programing.

We also work with and support a number of local and international Community Partner organizations who focus on just one artistic practice. Last month three of our partners celebrated their flagship events for 2016.

Last September we forged a partnership with Vancouver Fashion Week where local designers have the chance for their creations to be photographed at their favourite Vancouver Biennale artwork.

Our official photographer, roaming-the-planet, worked with the VFW team for 2 weeks in early March to put together “Fashion Meets Art” shoots for Alex S. Yu at WOW Westminster by José Resende in New Westminster And for Sagitteo with the maquette of  Water #10  by Ren Jun and Walking Figures by Magdalena Abakanowicz at the Biennale office. 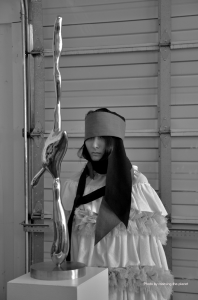 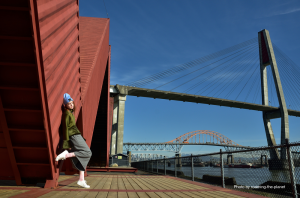 roaming-the-planet was also on hand to shoot the  shows at Fashion Week this year, he particularly liked Dominique Ansari’s show, not just for her fabulous dresses but her use of J. S. Bach “Air On the G String” for background music. He said that shooting was actually quite challenging, everything happened very quickly on the runway with variable lighting conditions but it was a very rewarding experience. The event showcased 100 international designers, with 8 local talents, and 200 models in 7 days! There was also a huge audience in attendance to enjoy the shows.

We have really enjoyed this project with Vancouver Fashion Week and love the collision of creativity between sculpture and fashion.

Suzette Laqua, the founder of Vancouver Web Fest helped us launch our Cinefest Live online series of Oliver Stine’s Untold History of the United States and she wrote a guest blog post of her experience meeting the director at his Vancouver Biennale Master Class back in 2014.

The festival showcases short form digital series from around the world. It was the first Web Fest in Canada and is recognized by the international community as one of the best festivals of its kind in the world. There were workshops, keynotes and panels for creators, plenty of screenings, a glamorous awards ceremony and, back for the third year, live falcons.

Three days of screenings where each selected series showed 1-3 episodes depending on the length. One was a 6 second animated series made for Vine others were more substantial, upwards of 15 minutes per installment.

As the medium of digital series matures there is more demand for scripted content with high production value. But plenty of documentary  and observational non fiction work is being created too. As our own projects include documentary film this category caught our attention.

Stories Of Youth – A Portrait Of A Generation – Oslo, Norway

“From the Youth” is a documentation of the present, for the sake of posterity. It is a documentary about those who are about to inherit the country. Who are they really?

Each of these conversation-starting short films showcases the intimate story of a cancer patient, caregiver, researcher or survivor, and invites the viewer to engage. Rather than becoming mired in the sadness and grief so commonly associated with the cancer experience, these films tell stories that are both entertaining and useful to the people who watch them.

While the vernacular of film and television is used in the digital series universe, digital series makers, writers, directors and producers are referred to as creators. Since the medium is so new, there are no rules, the community collectively pushes boundaries, defies conventions, and breeds collaboration and innovation which sounds a lot like art to us.

From Hope, BC the Two Robots Talking series was created in 3d animation allegedly because no actors would travel to Hope to make a digital series!

It was a pleasure to attend the 2016 American Documentary Film Festival (AmDocs), one of the our long standing community partners, in Palm Springs, California from March 30 to April 4. Now in its fifth year, AmDocs screened an astonishing 150 films, 80 of which received world and North America premieres.

It is always incredibly stimulating to be around organizations that support up-and-coming artists and who initiate and nurture diverse, compelling dialogues. There were multiple opportunities to meet young filmmakers and to discuss their current and future projects; as well, audience members were treated to engaging Q & A sessions after select screenings, some of which included live music performances by musicians featured in the films.

At AmDocs 2013, Biennale team members met the Academy Award-winning director Oliver Stone, that meeting paved the way for his participation in the Vancouver Biennale’s CineFest LIVE program. This program, which integrates film into the overall Biennale exhibition has grown to include not only the aforementioned online screenings of Stone’s The Untold History of the United States documentary series, but also a digital retrospective of films by and about the well-known Chinese artist-activist Ai Weiwei. Both AmDocs and the Biennale share in making documentaries accessible to those who might not otherwise see these informative, eye-opening films.

Congratulations to Vancouver Fashion Week, Vancouver Web Fest and AmDocs for serving up engaging and engrossing cultural events for us to enjoy.